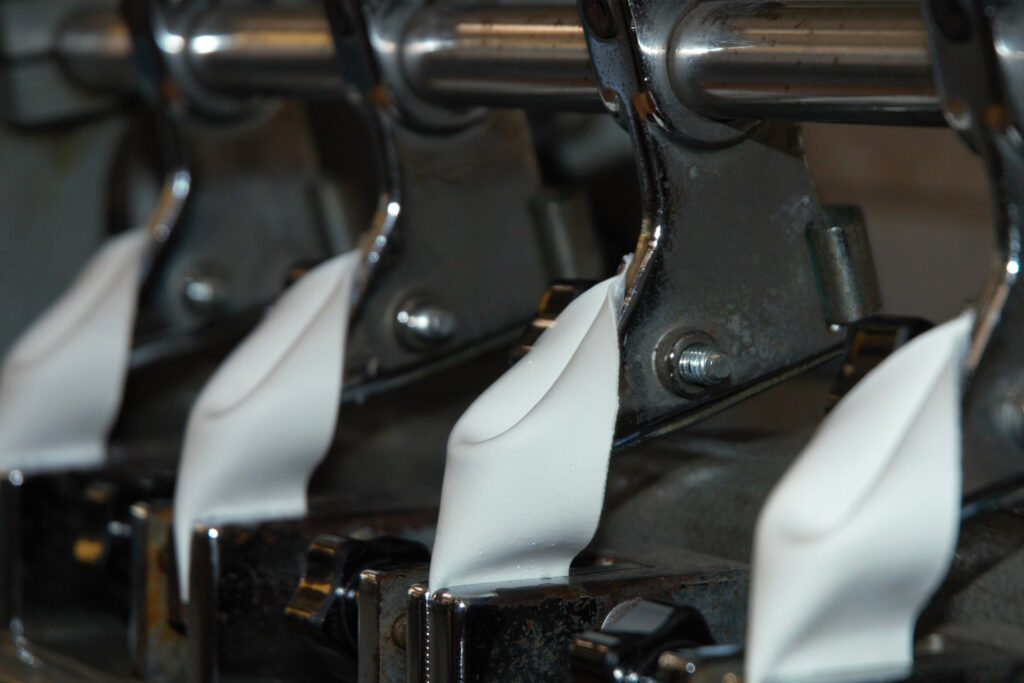 Bio polyurethane: corn-derived polyols could relay be an alternative to leather?

The added value of the material created through corn is the possibility of making the product biodegradable, if processed without affecting its natural integrity

Polyols derived from corn, the choice of material

There is a growing focus on natural materials and renewable sources to replace fossil fuels. Among those in the production of biomaterials, corn stands out. Several chemical companies have tested the feasibility of this production with positive results.

Considering the large amount of corn available, it would make sense to use the material as a feasible option. Compared to other plant-derived substances, it seems to have a lower environmental impact according to some studies. This type of material is widespread in Europe and in the USA. Companies involved in the next step of production affirm the attention in cultivation.

Created on purpose for industrial use this does not impact human or animal nutrition. The cultivation process is carried out with an expenditure aimed at saving energy and natural resources, such as water. In addition, the land used isn’t suitable for food production in any case.

The added value of the material created through corn is the possibility of making the product biodegradable, if processed without affecting its natural integrity and using other non-harmful materials, such as chemicals. For the same reason, many companies use it in the production of packaging, indicating the possibility of disposing of it in water or in wet waste.

Comparing different types of materials on the market, it can be seen that, the polymeric material based on corn starch or PLA for example, is declared biodegradable. This is because, according to producers, the product is capable of degrading rapidly in the soil once the necessary temperature and humidity conditions are reached. The raw material is also starting to be cheaper than oil in terms of price.

Corn material development starts with the harvesting of the plants. After that, there are two steps: the drying and the grinding. The resulting plant material is moistened, giving rise to an aqueous agglomerate which is rich in starches and sugars. Through enzymatic fermentation, this compound is transformed into succinic acid. In the next phase, through the processing by hydrogenation, bio polyol is created. To reach the bio polyurethane state, a polymerization of the previous compound is carried out.

There are numerous applications for the bioplastic. One particular is in the fashion and accessories industries. An example is the project Valentino Garavani Open For a Change. They diverged from the usual materials and experimented with corn based ones. They explain that the brand is committed to a greener transition. The project saw the responsible reinterpretation of two iconic Valentino Garavani Open and Rockstud Untitled models.

The two sneakers, which used to be made of leather, are composed of FSC certified cellulose and polyurethane from biopolymers. The partners for this project are the same suppliers who worked on the development of the raw material used previously. Excluding the processing of accessories and laces. CORONET, the first supplier, specializes in making the band and lining of footwear.

Panama Trimmings, on the other hand, is responsible for the production of the qualified material, Viridis®. This new creation is a PU compound obtained from vegetable polyols. The polymers, derived from renewable raw materials and plant origin, have allowed the maintenance of the original features. «Its features are malleable and brilliant from a natural pull-up effect that can be hot stamped like real leather», the brand explains.

Shoe production: the development in Valentino Garavani Open For a Change

Valentino Garavani Open for a Change is made from the same manufacturing process as their other products. Therefore, there is no need to implement machinery to produce this type of material. While it was not possible to use the material composed purely of corn, the company worked to find alternatives.

«The entire upper shoe has a total bio-based carbon content of seventy four percent. It consists of fifty two percent PU made from corn polyols, and twenty four percent made from mineral source. Twenty four percent is made from viscose», the Maison says. The laces are made of recycled polyester. The studs for the Valentino Garavani Rockstud Untitled model, come from a mixture of recycled materials while 75% of the nylon used for their composition is recycled.

«The Rockstud Unititled label is composed of 100% organic cotton. For the Valentino Garavani OPEN, the logo is screen-printed on the tongue. The thread used to stitch the shoe is made of totally recycled material. An in-depth study has also been carried out on the packaging, completely made of recycled paper. It comes from forests managed according to the principles of sustainable development. The case is made of totally recycled cotton».

The effects on output and performance

Although at production level the machinery used is identical to that already in use for others, the change is there. In fact, the choice of such materials also affects production. The brand explains that the raw material for the upper is made using eighty percent of renewable sources. In particular, electrical energy from photovoltaic power is used. In addition, this process allows the reuse of ninety-nine percent of the solvents used.

They are recovered through a distillation column. The production process used in this case was designed to optimize the consumption of raw materials. In order to maintain the necessary performance characteristics, a percentage of polyurethane from a fossil source is needed.

This is then mixed with the blend of bio polyurethane. The characteristics and performances remain, according to the brand’s studies. They are unchanged compared to traditional models produced from fossil and non-renewable sources.

The use of this material derived from corn remains an alternative to be considered. Studies carried out also by producers and suppliers show the impact on manufacturing compared to the traditional materials used. The analysis shows how there may be improved effects on environmental quality, climate change, global warming, and natural resource use. Coronet’s study, for example, analyzes the impacts of raw materials, production and transportation.

It examines a ‘from cradle to gate’ approach throughout the production, excluding the usage and end-of-life scenario. The supplier compared the impacts of producing one meter of their material versus tanned leather. Collecting standard impacts from public libraries showed lower environmental impacts. In particular for acidification of aquatic environments, eutrophication and use of natural resources. Sourcing the raw material provides a significant reduction in impact. Added to this is the processing of leather tanning for which various chemicals are used.

Valentino Garavani Open For a Change

Valentino Garavani Open for a change is a project that works to communicate a continuous openness towards change with a more responsible approach. From environmental and social responsibility, the commitment goes towards sustainable development in all departments