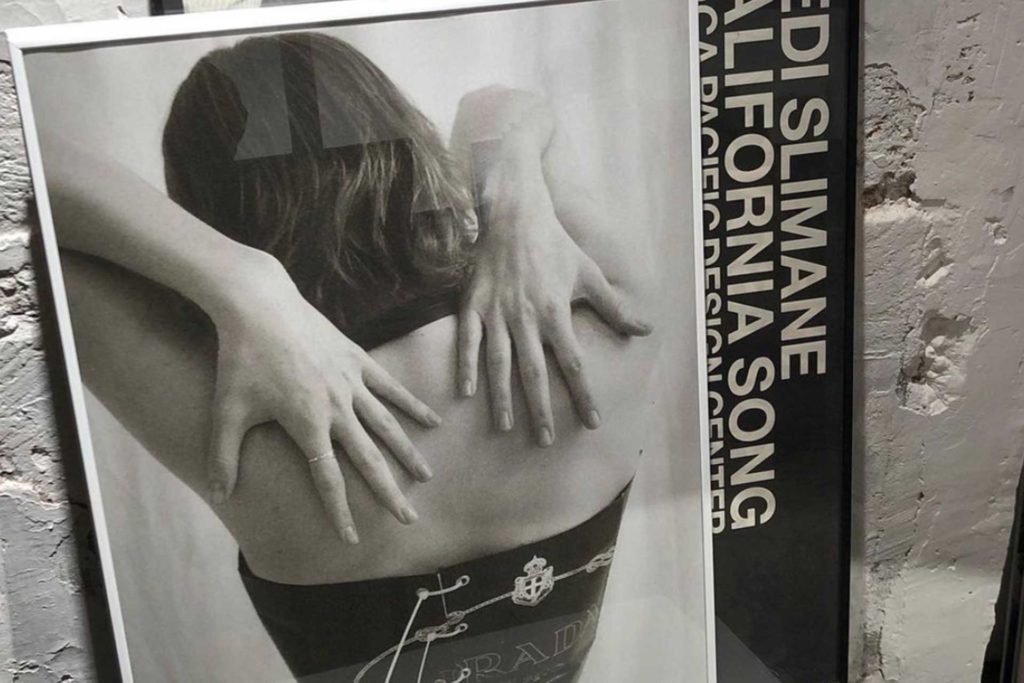 «For fifteen years after we opened people would ask us what the name meant, until recently when I found sense in the three letters. We are Open Free Ready»

In the heart of the historic Marais district in Paris, in a street opposite the capital’s art and fashion college Duperré, is a bookshop. It sees collectors and tourists from around the world travelling to it yearly. This is Ofr, or Zero fr, the bookshop selling over two-hundred different publications, original or not, old or new, founded in 1996 by Alexandre Thumerelle and his sister, Marie.

When they first began, the two had been working within the Parisian underground scene of the nineties. Before opening the store, Alexandre organised events and concerts in Paris for his friends and quirky artists he had met along the way to supplement his passion for making big screen thirty-five millimeters films. Amongst them were Daft Punk, the Parisian anonymous electronic group who opened their first album in 1993 at one of his events. Three years later Ofr was born.

Originally, they began with a free newspaper called Pretext in 1996 featuring Ofr in large letters on the front cover. At the time this referred to zero francs. But today, the zero is pronounced as the letter o and the acronym remains. «For fifteen years after we opened», explained Alexandre Thumerelle, «people would ask us what the name meant, until recently when I found sense in the three letters. We are Open Free Ready». With this, Thumerelle delved into the role of the librarian and the many hats they wear on a daily basis.

In France, a bookshop is called a librairie. A place where one would borrow books or simply sit and turn its pages in the silence of a high-ceiling library. For the French, the term refers in fact to the bookshop. But, it can also entail many different professions. If one is a librarian, his daily life consists of editing, publishing, sourcing, reviewing, correcting, hosting, finding, communicating, travelling and every day opening the doors to the Parisian bookshop.

«There were about one-hundred openings at the OFR in Paris in 2019. There were concerts, book signings, magazine launches, exhibitions, paintings, sculptures, photography» he explains. As well as this gallery and boutique, the OFR has expanded worldwide. Opening its doors to Seoul, to Tokyo, to New York or California. As an independent bookstore and organisation, as well as the Paris hub, Seoul forest was also home to one of their shops until they opened in the centre of the city on the 14th of February 2020.

Before this they had worked in pop-up stores, launches, temporary boutiques, at once living in Tokyo for two years while their store began to launch. «In 2019 we did a pop-up for a month in New York. Then, one for a month in Los Angeles» he explained. «We also tried to open up a second boutique in Paris called the 104’ in an art centre in the nineteenth arrondissement in the outskirts of the city».

This project didn’t take off. The team, therefore, closed up and looked for somewhere else to open up. Instead, they channelled their energy into performers, live events, artists and exhibitions promoting young talent across Paris. Four  years ago, Taras Serada, a chiselled Parisian artist walked into the OFR and asked the owners to show them his paintings.

Having had a last minute cancellation in the gallery due to an altercation with one of their artists, Taras was welcomed with open arms. In a few days, he set up and developed his work for an imminent launch party. «I saw he was courageous. I helped him and bought some frames. Through this we saw it worked really well, so we prolonged the exhibition».

The love for promoting emerging publications

From there, they opened up a temporary space in a large gallery in Paris where Taras came along and was part of a catalogue that they created. A year later, OFR produced another catalogue before sending thirteen drawings off to their Seoul team. This would frame and launch the work within ten days of an exhibition over there. The exchange is constant and this process will continue throughout the story of the OFR.

Initially, the two started a distribution network where they supplied over three-hundred bookshops around the world, selling publications they edited or imported from elsewhere. «This was tiring and we did it for ten years» he said. «We were constantly receiving palettes of magazines from around the world. Some were magazines that had little visibility. We were installing a new editorial graphic scene».

Whilst doing this they found their love for promoting emerging publications and building relationships with fellow editors. But all in their own way. They organized, launched and put them forward displaying them in their own location and position.

They tried placing all the magazines in a stack across a room, rather than on bookshelves hidden by latest issues. This enabled them to sell over one-thousand copies for one publication. «When you can sell one-thousand copies of one title or publication, then that publication is autonomous. It requires no one and no advertising which is very rare» he assured.

The store is set up with towering piles of books in an initial room. They form a maze-like path through stacks of architecture, culture, fashion, photography, food and various zines exploring the vast realms of print publications. A clothes rack reveals OFR merchandise. Including hats, t-shirts, jumpers and tote bags. Turning off to the right, a few stairs lead up to a gallery space open every day for any passer-by to view whilst buying the latest issue of a magazine.

«The important thing», said Alexandre, «is for the books to be intelligent and interesting to look at. We don’t care whether a book is thirty years old or was produced last week. And we don’t have a problem where we singularly stop at older books. When the book is good, we know how to place it so that when our clients come looking for a fashion magazine they say, oh but this book on ancient history is quite cool. That is our craft» he continued.

«My sister and I are always in the store» he said. «This means that anyone can come by and tell us what they’re doing and show us their work. It’s a privilege seeing people’s work». Like many book store owners in Paris, they chose to work outside the digital world. With no phone let alone a website.

«We don’t open emails because we want to meet the people we work with. It won’t be just one exhibition. We’ll do ten exhibitions, a small book. We might start something in Paris that might be completely in tune with a pop–up opening in New York. We tend to work with people that are easy to work with and understand our mission».

As gallerists, many of their artists who exhibited with them initially went on to work with some of the city’s bigwig galleries. Although they don’t work with contracts he explained «we don’t hold people against their will. With us, it’s human contact so we have to respect that». Still, «we aren’t hidden. Everyone can walk in front of the shop. It is important for us. The door is always open. Even when it’s minus two degrees outside, we leave the door open».

Today Alexandre and his sister have opened up an artist residency in the Lot region of south-western France, near Bergerac. The four level village house sits in the beautiful country-side next to a river where they have all been staying during the confinement. Since its opening a few years ago, over one-hundred artists have come to work, for inspiration, to relax or to simply do nothing at all and get a break from the city life. «We wouldn’t be able to do as much if we didn’t have this vital break in comparison to our overbooked life in Paris» said Alexandre.

20 Rue Dupetit-Thouars, 75003 Paris, France
Located near in the northern part of the Marais, Ofr is a magazines and bookstore offering a collection of art , photography and fashion publications.