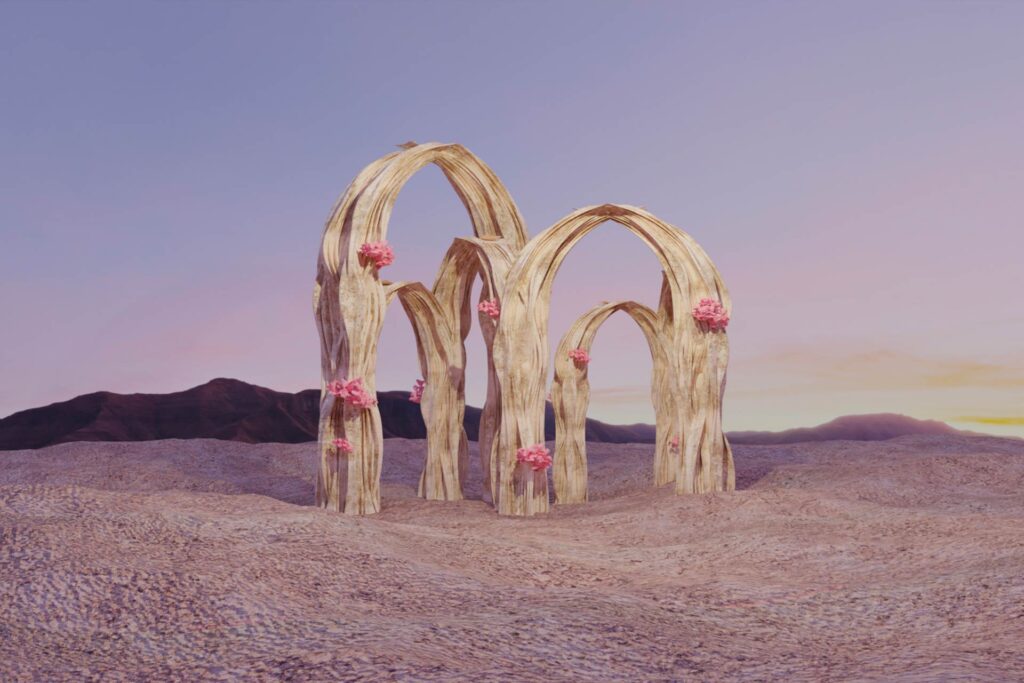 Nature takes over urban waste. What will need to live in synchrony with nature

The Tree Column is Blast Studio’s latest design. Made from recycled coffee cups and mycelium, it is yet another viable option for the future in sustainability

The amount of resources used in architecture can shift the industry to unsustainability. To fight this, many companies are working to use more sustainable materials for the production of buildings. Blast Studios is currently prototyping a potential resource which is not only made from waste, but can feed an entire population. «We started the studio to be sustainable and to invent new processes to manufacture objects but also to create architecture in a sustainable and local way», says Paola Garnousset, one of the founders. «We see ourselves as the scavengers looking for discarded materials that we can transform and make something new out of».

The goal for this particular project is to see what is produced by cities and use that as a starting point. «Waste is what the city produces most. We want to create an ecosystem where everything that the city consumes is made from what it produces». Their aim is to show people that you can make a lot of things from waste. Not only this, but things that are still tangible.

They also want others to know what it means to recycle. «Instead of seeing sustainability as a constraint, we want to see it as something that drives and makes us want to create a new process». The studio created their own 3D printer. Doing so was more cost efficient. However, Garnousset explains that it was also to have more control over the process. They wanted to be able to change its composition depending on the size and shapes they wanted to print. It was also to be able to print elements at an architectural scale.

Introducing the Tree Column: a structure designed to feed and house people with mycelium

The Tree Column is their first architectural piece. As more and more projects are involving waste as their primary resource, they decided to use it as a design element, at an architectural level. «We can make cities out of waste». The primary structure of it is made from recycled coffee cups which they source from around West London. «We go collect them once a week with our bikes», she explains. Another component of the design is what can end up feeding entire communities.

Mycelium is the root-like structure of fungus and can grow mushrooms from it. Most traditional yeast cells are unicellular. Mycelium is unicellular and can therefore grow into macro structures. In fact, mycelium has been used in a variety of research and development. Examples include, plastic, plant-based meat and bonding agents. It is also known to make building materials lighter, stronger and fire resistant. It thrives in warmth and humidity. The shape of the column is important to grow the mycelium in the most effective way possible. These include adding certain crevices and holes regarding the surface area of the tree trunk.

The production process of the tree trunk is fairly simple. They collect the coffee cups from cafes and waste management companies. They then process the waste at the studio. This is where they  separate and sterilize it. «We invented the process to transform the cardboard into a biomaterial which we can 3D print», Garnousset says. This biomaterial is the pulp made from the coffee cups.

They also created the extruder; a syringe-like tool to push the pulp down into the 3D printer. Once the paste is created, they inseminate the entire piece with mycelium. The mycelium, which naturally grows on tree trunks, has the capacity to digest cardboard. «Once we inseminate our material with mycelium, it will feed off the waste and grow on top of it». They then let the mycelium grow all over the piece. Once it has taken over, it is left to dry for about a week depending on the size of it.

«You can potentially make architecture that can produce food», says Garnousset. «It’s an added dimension, 4D architecture». This new level branches out. It can supply communities with fresh food. It can also add to the creativity of the industry. Given that the design is composed of a living organism, it changes over time as it grows. «We like the idea that it can always grow but it is still an object».

This would also permit them to experiment with growing other types of food. The studio has only worked on prototypes for the tree column. More trial and error needs to be conducted for further testing. This includes the standardization of it as a structural building material. Nevertheless, Garnousset explains that growing and cultivating the mushrooms would not affect the structural integrity of the material.

«The mushroom is like the fruit of the mycelium. On the surface, you will have these little fruits that will pop. The mycelium acts like the roots. The mushroom evacuates through the pores. It’s only on the surface». Therefore, as long as the roots remain intact, the structure remains uncompromised. The studio is currently planning on building a pavilion with the material. This will help them to see how it would work from a structural point of view. It is still unclear just how many rounds of mushrooms you would be able to cultivate.

Garnousset estimates that they could grow for two or three rounds. However, they are also experimenting on the possibility of being able to control when they grow, stopping the harvest if need be. Added to the list of uncertainties with the data they’ve collected thus far is the biodegradability of it. «The material that we use is made from cardboard and natural ingredients. It will biodegrade in the right conditions», she points out. However, it should simultaneously have a relatively long life span. This is because it needs to be architecturally viable to act as a structure in the future.

The overall shape of the columns, pillars and other structures which would be used to build the architecture is crucial for the studio. «All of our shapes are inspired by nature», Garnousset explains. However, they also work a lot with algorithms. The shapes are coded to ensure the pieces are both structurally viable but can also house organisms. They are also experimenting on the shapes and cavities of the trunk. This is where the soil can sit in and where plants can grow like crops. «It is like a collaboration between humans, machines and nature». She goes on to say that the studio wants to create pieces which could host other species, such as insects.

«The tree column is designed for that too. The idea is that it is a piece of architecture for humans but also for microorganisms, insects and small things. 3D printing gives us the possibility to work on different scales. The scale of humans and the scale of insects». Insect ecosystems are declining together with other wildlife. A 2017 report detailed this. A group of entomologists had been trapping flying insects since the late 80s. They saw a decrease of the overall biomass of insects caught in their traps of seventy-five percent.

This was in a twenty-six year period from 1989 to 2014. Wild bees have been most discussed. Scientists believe that the result of their decline is due to man-made stress including pesticides and climate change. Rewilding initiatives have been the most popular to try and restore these ecosystems. They are more progressive approaches to conservation in wildlife. The concept is to let nature heal itself and have a balance between people and wildlife. Rebuilding miniature habitats is one step to help to bring back species of insects.

Founded in 2018  by Paola Garnousset, Martin Detoeuf and Pierre de Pingon and is based in London. Their aim is to see how nature and technology can work to use waste as a primary material for design and architectural purposes. 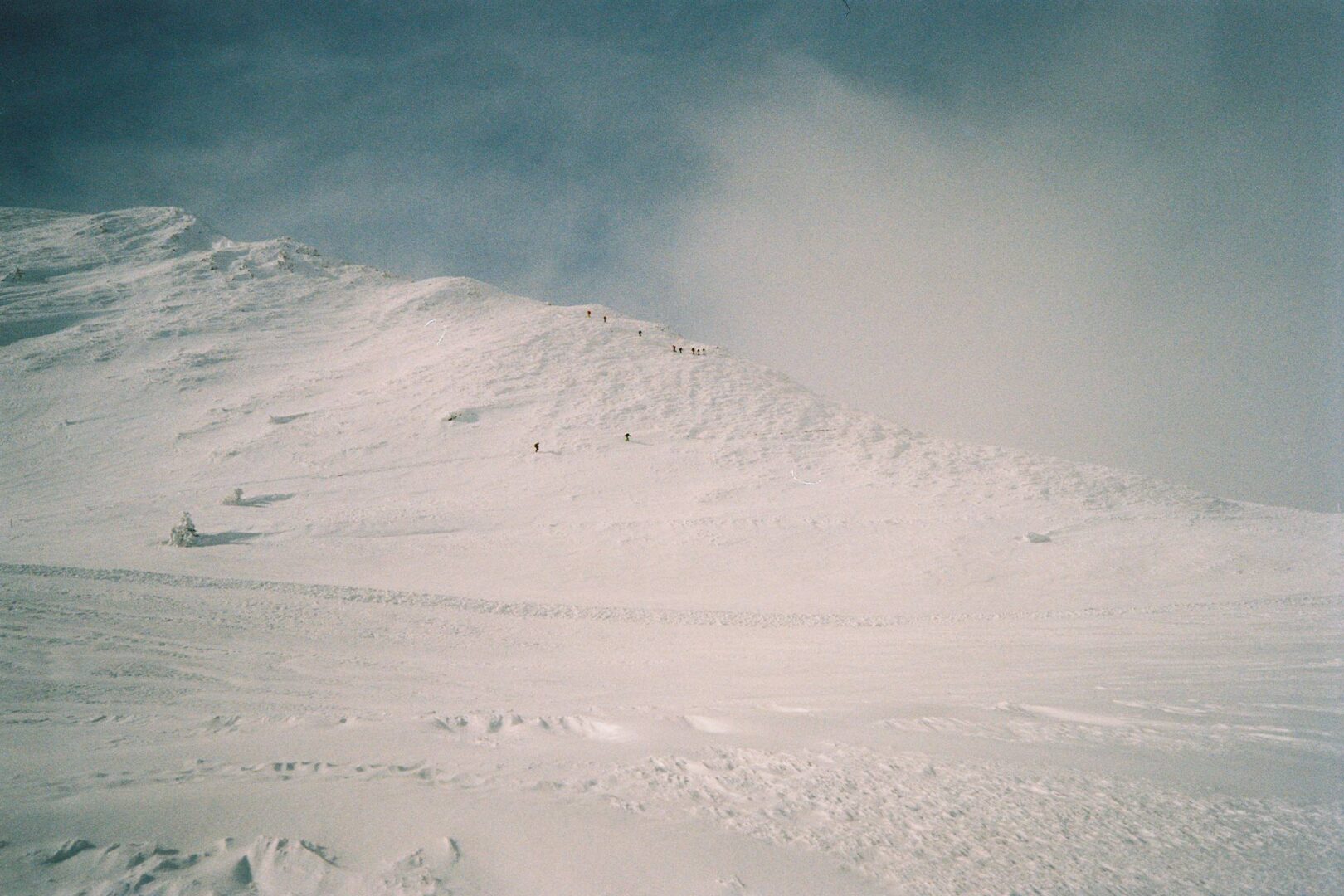