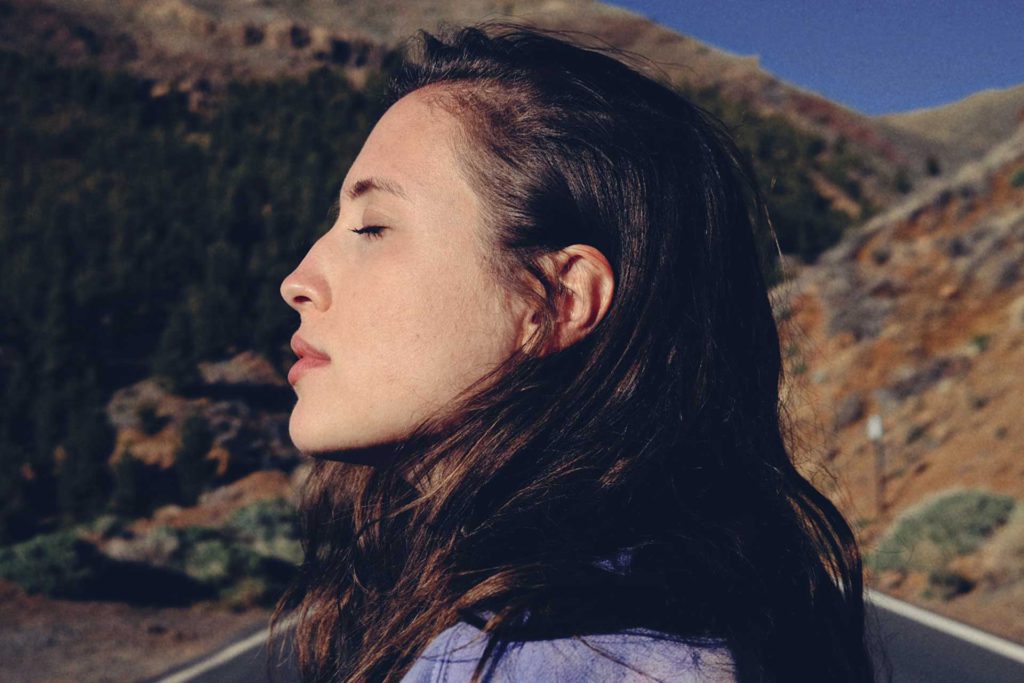 Berlin-based singer-songwriter, Alice Merton opens up about her musical influences, life after releasing her debut single

«I’m not a musician that will put out any random song because I think it’s good. I have to feel like it’s something that I want to share with people, a message that I have». Merton is defying convention to deliver a sound.

Merton first broke onto the international music scene with her debut single, No Roots, an upbeat melody that alludes to her nomadic childhood, moving from place to place at the behest of her parents’ careers.

Though she is now based in Berlin, her family lived in Canada, the United States, Germany, and England growing up. «I felt I never had one place that was my home, that I didn’t belong anywhere. I was dealing with homesickness and feeling lost for a long time, but that’s where songwriting saved me».

Songwriting helps Merton. «I don’t know how I feel about something until I’ve written a song about it. My brain is slow in how I process stuff, but my songwriting is faster». «I don’t think so. I switch off and let the words come. That’s what I like. I’m not over-analyzing everything».

Her debut album was released on her label, Paper Plane Records. Mint was a reflection of the deep anxieties she experienced. «I was thrown into something I wasn’t ready for. I hadn’t finished producing the other songs yet. I had only put out an EP of four songs, but that grew and grew, and suddenly, half a year later, we were playing on The Tonight Show Starring Jimmy Fallon».

Merton struggled to comprehend this change. Gaining success gave Merton a sense of imposter syndrome. «I felt I was being pushed into directions that I wasn’t sure I wanted to be pushed in. I was working with people for the first time, starting a label, and this anxiety of trying to feel like you fit in, but not entirely fitting in».

Tracks such as Learn to Live and Trouble in Paradise explore the journey that she undertook, understanding to enjoy what is daunting. «I called it MINT because the one thing that calmed me when I was feeling nauseous from being nervous or scared was mint – chewing on mint leaves and drinking mint tea – something is soothing about it».

Merton founded Paper Plane Records International in 2016 with her manager Paul Grauwinkel as an «emergency solution», she jokes. «I’m stubborn, I hate finding compromises when it comes to my music, and there was no label that was prepared to release my music the way it was».

Though not a conscious choice at first, becoming an independent artist has allowed Merton to stay true herself and her music. «I don’t have anyone telling me how I have to look for the next music video. I decide on my looks. What I want the music video to be like, what my hair is going to be, I decide what the music will be. I’m thankful for that». Like many young female artists, the autonomy that independent representation provides for Merton is a welcome alternative to a career beholden to industry expectations and sexist standards.

Over the last year, while other artists took to social media to connect with a fanbase they were suddenly cut off from, Merton took time away from the public eye to focus on herself and the following story that she wanted to tell.

«I decided to disappear. I had finished my cycle with the album before. So I wanted to take a year and experiment with music to figure out what my sound for the next album was going to be and what the story was going to be». «I held back to focus on finding my sound, finding the direction to the next album», she says. Usually classified as indie-pop, Merton struggles to define her music, reluctant to put herself into a box. «I’m scatterbrained», she explains. This stems from her disparate influences, including the music she listened to as a child.

«I listen to lots of different sounds. My parents introduced me to classical music, opera, and one other artist, the Alan Parsons Project. Then I discovered English-sounding bands like Keane and The Killers. My dad used to say that some of my songs were quite dramatic when I started writing. He said that I was influenced by listening to many operas as a child. Then when I started to write for a band, the bands that I was listening to in my youth influenced my sound. It’s hard for me to put out an album where the songs sound similar. I’ll write a song one day that’s rock ‘n’ roll with heavy bass and guitar, and the next day I’m writing something that sounds more like Tame Impala».

Much of this stems from the range of perspectives and musical scenes that Merton was exposed to growing up and is evident on listening to her songs. «I’m attached to lyrics». Merton writes for herself, reminders or notes that she can look back on, and lyrics are integral to this process – her starting point. «I write down certain things that happened during the day or words that I see or hear, and once I have those, the melody will come. I’ll go to the studio, and the melody will develop with the production. Then that’s where you start putting it together». Merton says the process is organic in constructing her sound.

«It was born naturally. I started with piano and then went to guitar. That’s how I’ve always written my songs». Merton seems destined for life as a musician, well prepared for touring by her family’s relocations. «I always wanted to make music, but I didn’t know I would be a songwriter. I was obsessed with the classical world for a long time. When I was a kid, I dreamed of being a concert pianist. I realized I love putting out something that is 100% me».

Merton is not satisfied with releasing any track, it must reflect a certain part of her soul, of her journey and represent a message, which is why she stepped back to focus on her new album, ensuring it was right. «If I’m not active on social media for some reason people take that as a sign that I’ve died, or that I’m not doing anything. I want time for myself to work on the music. Ten years ago you could disappear for two years and work on your album without everyone having to know where you are or what you’re doing».

In this way, she’s an old-school artist, not just in it for the fame and the fans, rather to express and communicate her viewpoint to the world. «After a year of producing and writing I’m happy to finally put something out and show the world that I’m still alive. I’m still finding myself, I’m constantly figuring it out», she says. But the notes that she’s left along the way serve as lessons to reflect on and help her find the way.

«I listen back to MINT and there’s songs on there that I don’t relate to anymore or some that I do, but things have changed. It’s like closing a chapter, like ‘Okay, that’s done, it felt right at the time, and now it’s onto the next’. I don’t actually go back to that album regularly. I’m ready for the next chapter and to see what’s going to happen».

Alice Merton is a 27-year-old singer-songwriter based in Berlin. Co-founder of her own label, Paper Plane Records International, Merton is an independent artist, who first gained attention after releasing her debut single, No Roots in late 2016.

Alice Merton is a 27-year-old singer-songwriter based in Berlin. Co-founder of her own label, Paper Plane Records International, Merton is an independent artist, who first gained attention after releasing her debut single, No Roots in late 2016.