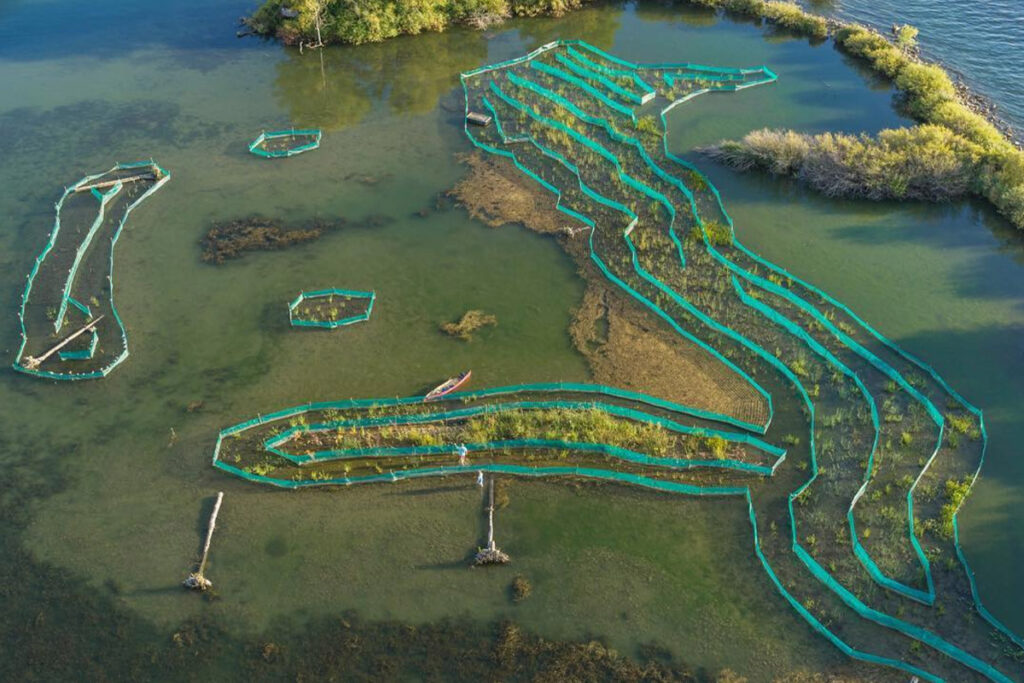 Climate change is contributing to humanitarian crises where climate hazards interact with high vulnerability, and it is driving displacement

What is the latest Intergovernmental Panel on Climate Change (IPCC) report about?

On February 28, 2022, the IPCC’s Working Group II released their report, Climate Change 2022: Impacts, Adaptation, and Vulnerability. They scheduled it to be released in September 2021. However, due to the COVID-19 pandemic and as work shifted online, it got delayed by several months.

Working Group II contributions to the IPCC’s Sixth Assessment Report (AR6) contains an analysis of the effects of climate change. This is both on nature and people. It provides information about the future impacts and resulting risks at different levels of warming. It further explores options to improve society and nature’s resilience to climate change. The report provides extensive regional information aimed at enabling Climate Resilient Development.

Their contribution also introduces a section on climate change impacts, risks, and options. These are to act for biodiversity hotspots, cities and settlements by the sea, dryland and deserts. It also includes the Mediterranean, mountains, the polar regions, and tropical forests.

This report does not deal with the action needed to halt and mitigate climate change. The Working Group III contribution to the AR6, scheduled for early April 2022, will provide assessments of climate mitigation options.

«The report’s key message is that climate change is a real threat to humanity and nature. We have to act now if we want a habitable future», Explains Paulina Aldunce PhD. She is a professor at the University of Chile and one of the report’s authors.

What is the IPCC, and what are its reports for?

The Intergovernmental Panel on Climate Change (IPCC) is the UN body responsible for assessing the science related to climate change. In 1988, the UN Environment Programme (UNEP) and the World Meteorological Organization (WMO) worked to establish it. The aim is to provide political leaders with periodical scientific assessments regarding climate change. These include its implications, risks, supply adaptation and mitigation strategies.

What are the observed impacts of climate change?

Anthropogenic climate change has caused widespread adverse impacts, losses, and damages to nature and people. The extent and magnitude of those impacts are larger than estimated in previous assessments. Vulnerable people and systems are the most affected.

Climate change has had an adverse effect on people’s physical and mental health. Climate-related food-borne and water-borne diseases have risen, while animal and human diseases are emerging in new areas.

Climate change contributes to humanitarian crises where climate hazards interact with high vulnerability and drive displacement. The Small Island States are affected in a disproportionate manner.

At present, climate change is stressing food and forestry systems. This has a negative impact on livelihoods, food security, and the nutrition of hundreds of millions of people. This is particularly true in low and mid-latitudes. In many regions, climate change has contributed to malnutrition in all its forms. More specifically for women, pregnant women, children, low-income households, Indigenous Peoples, minority groups, and small-scale producers.

What are the report’s findings regarding the vulnerability and exposure of ecosystems and people to climate change?

According to the report, ecosystems and people’s vulnerability to climate change varies among and within regions. This difference is driven by patterns of marginalization, historical and ongoing patterns of inequity.  In fact, vulnerability to climate change is higher in locations with governance challenges and high levels of climate-sensitive livelihoods. This also includes areas which have limited access to basic services and resources, violent conflict, and poverty.

Inequality and marginalization linked to gender, ethnicity, low income, or a combination of those exacerbate vulnerability at different spatial levels. This is particularly true for indigenous people and local communities.  In the last decade, human mortality from floods, droughts, and storms increased by fifteen times in highly vulnerable regions.

As a result, about three-point-three to three-point-six billion people live as highly vulnerable to climate change.

What are the risks in the short term, and what are the mid to long-term risks?

Freshwater, marine, and terrestrial ecosystems and species will have to face conditions that approach or surpass their historical experience’ limits. This is if a rapid and ambitious reduction in emissions doesn’t occur soon. The risk of extinction increases disproportionately from one-point-five to three degrees Celsius of global warming.

Near-term actions limiting global warming to one-point-five degrees Celsius would reduce projected losses. These actions cannot eliminate them all, though.

Depending on the level, climate change will lead to multiple risks to natural and human systems beyond 2040. Assessed mid and long-term effects are multiple times higher than observed at present for 127 identified key risks.

Near-term mitigation and adaptation actions have a strong influence on the magnitude and rate of climate change and risks.

What is climate change adaptation?

The majority of the observed climate risk management and adaptation is dominated by small incremental, reactive changes to usual practices. Evidence of transformative adaptation in human systems is sparse. Most observed adaptation focuses more on planning than implementation. It prioritizes immediate and near-term climate risk reduction. This approach reduces the opportunity for transformational adaptation.

Available adaptation options can decrease risks to ecosystems and the services they offer. Proactive, timely, and effective adaptation could reduce many risks to human health and well-being. Adaptation options cannot prevent all changes and are not a substitute for greenhouse gas emissions reductions. Adaptation responses reduce future climate risks at one-point-five degrees Celsius warming. However, their effectiveness above two degrees’ Celsius declines.

The authors found that integrated multi-sectoral strategies can address certain elements. Addressing social inequalities and the social protection of low-income groups will increase the effectiveness of adaptation responses. This is for water and food security.

«We need to include and have real participation of people at the local level. People at the local level are the ones that are in the front line of the impacts of climate change. But they also have the frontline tools to deal with climate change. It’s not a romantic thing, but a very concrete one, likewise the aspect of equity. Focusing on the local level and the community is not a romantic view of how we need to adapt; it’s very realistic. We need to include Indigenous knowledge and local knowledge in adaptation».

What tends to cause maladaptation? How can it be avoided?

Since the AR5 across many sectors and regions, evidence of maladaptation has increased. Maladaptation exacerbates existing inequalities and creates lock-ins of vulnerability, exposure, and risks.

Responses focused on short-term gains, sectors and risks in isolation tend to lead to maladaptation. Differentially, the planning and implementation of adaptation actions that are flexible, multi-sectoral, inclusive, and long-term can avoid maladaptation.

Climate-induced changes are not experienced in the same manner across age, class, ethnicity, gender, income, and physical ability. Hence, the participation of historically excluded groups and marginalized communities contributes to more equitable and socially just adaptation. The empowerment of marginalized communities in the co-production of policy at all scales reduces the risks of maladaptation.

Professor at the Department of Environmental Sciences and Renewable Natural Resources of the University of Chile in Santiago.