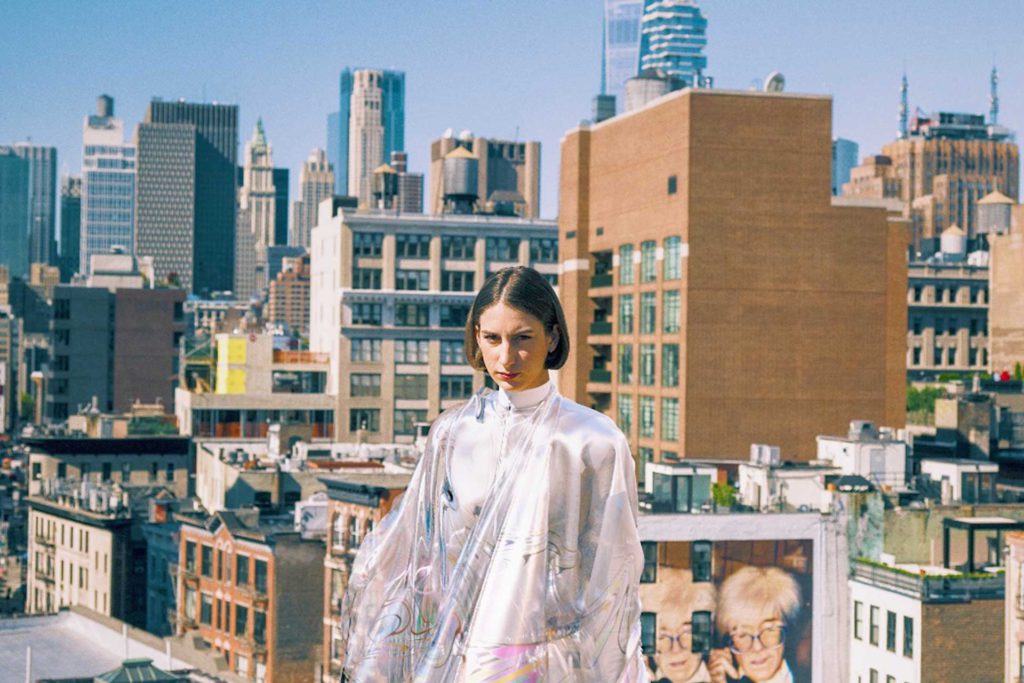 Textile companies could reduce Scope 3 emissions by using renewable inputs such as solar, hydroelectric, and geothermal. At least, this is what is required from the luxury brands

The textile industry in the twentieth century

Renewable energies powered the textile industry until the technological developments of the nineteenth century. This is when manufacturers switched from water power to drive mills to steam-driven water pumps; later supplanted by steam engines. During the twentieth century, the textile industry changed with technological innovations in machinery; the birth of synthetic petroleum-based fibers, and the business globalization that fragmented companies’ supply chains worldwide.

In 2020 the fashion industry market revenue was about 1.46 trillion U.S. dollars. A number that, according to the Consumer Market Outlook, will increase to around 2.25 trillion U.S. dollars by 2025. In its current state, the fashion industry is an energy-intensive sector. Each stage of its supply chain requires high levels of energy, producing carbon emissions. From yarn processing, fabric production, textiles manufacturing, transport to selling garments.

Electricity is the power source utilized to power factory machinery. It keeps the cooling and temperature control systems running and lighting the factories and warehouses. According to data from BP’s Statistical Review of World Energy 2020, electricity generation grew by 1.3 percent in 2019, about half its ten-year average. China, the largest textile producing and exporting country in the world with an export value of 120 billion U.S. dollars, made up for more than ninety percent of net global growth. The most significant increment to power generation was supplied by renewable energies.

Their share in power generation went from 9.3 percent to 10.4 percent, which marked its surpassing of nuclear energy. Fossil fuels still provide 84 percent of world energy, accelerating climate change. Since the Industrial Revolution, greenhouse gasses emissions have led to an increase in the global temperature that rose by around 1.1 degrees. Both the natural and human systems are susceptible to a warming climate. Limiting it to 1.5 degrees Celsius can reduce the chances of drought and scarce water availability-related issues in regions at risk. This include Southern Europe, West Asia, Northern Africa, Southern Africa, South America, and Australia. At a two degrees Celsius warming, about sixty million more people in urban areas would be vulnerable to severe droughts.

The fashion industry is still relying on fossil fuel

Worldwide the apparel industry produced about 2.1 billion tons of greenhouse emissions in 2018. Equating to the combined annual greenhouse gasses emissions of Germany, France, and the United Kingdom. «The fashion industry is still relying on fossil fuel and is responsible for four percent of the world’s greenhouse gasses emissions. Scope 3 emissions, the result of activities from assets not owned or controlled by the companies, make up the largest part of their greenhouse gasses emissions. Raw materials, processing, and yarn preparations, the earliest stages of production, have the heaviest impact. The largest textile exporting countries are still fossil-fuel-dependent. Renewable energies haven’t been adopted to a larger extent», says Katrin Ley, managing director of Fashion for Good. This Amsterdam-based global initiative supports the adoption of sustainable fashion practice; by incentivizing technological advancement and educating consumers through the Fashion for Good Museum. The world’s first interactive museum for sustainable fashion innovation.

About seventy percent of the apparel industry emissions are generated by the supply chain’s upstream portion, including materials production, preparation, and processing. The downstream retail operations, the use-phase, and end-of-use activities are responsible for the remaining thirty percent of the total emissions. As the fashion industry contributes to climate change, efforts are needed to reduce its impact.

Despite brands’ implantation of policies that aim to curb carbon emissions; the fashion industry is set on a path to missing the 1.5-degree pathway to attenuate climate change. This was established by the Intergovernmental Panel on Climate Change (IPCC) and ratified in the 2015 Paris agreement, missing it by fifty percent. As per the Fashion on Climate report released by global management consulting firm McKinsey & Co., the apparel industry would need to curb its greenhouse gasses emissions to 1.1 billion metric tons of CO2 equivalent by 2030 to reach this pathway, making up an abatement of around 636 million tons.

Environmental Impact of the Global Apparel and Footwear Industries highlighted that the fashion industry’s impacts on climate change rose by thirty-five percent between 2005 and 2016. It is projected to further increase in 2020 and 2030 under the current trajectory; due to the increasing pro-capita consumption; population rise and the industry swift to petroleum-based fibers that make up for sixty-two percent of all fibers used in the fashion industry. The industry will have to accelerate its decarburization efforts to reach its goal, scaling up the supply chain’s energy efficiency. This sector can achieve this abatement by reducing emissions from both upstream and operations; encouraging consumers to be more mindful-during the use-phase.

Embracing natural materials, switching to lower-waste transport, and improving packing could cut the fashion industry emissions from brands’ own operations. Textile companies could reduce Scope 3 emissions by using renewable inputs such as solar, hydroelectric, and geothermal. In an effort to evaluate whether the use of renewable energy across the fashion industry has the potential to cut GHG emissions; solar power was utilized instead of fossil fuels across yarn preparation, fabric preparation, dyeing, finishing, and the assembly process. Wood pellets from wood residue were used for heating rather than non-renewable alternatives like natural gas. The report shows that implementing a sixty percent industry-wide renewable energy target by 2030 would bring favorable results in a multitude of areas. A thirty-nine reduction in terms of CO2eq, a sixteen-pint-nine decrease of freshwater consumption and an eleven-point-five DALY abatement.

The benefit of switching to renewable-energy sourcing

Measuring energy usage, switching to renewable-energy sourcing, and offsetting carbon emissions benefit manufacturers in cost savings. As measuring energy consumption in the facilities empowers them to identify which processes and machines are the most energy-intensive. Gaining clear information about their energy usage allows them to streamline the production process. But also determine which energy-intensive appliances should be replaced with more efficient ones.

As a result of the increasing customer demand for sustainable products; brands are committing to switching to renewable energy, adhering to projects such as RE100. A global initiative bringing together businesses dedicated to 100% renewable electricity. A switch to green energy makes manufacturers more competitive on the market. As given the context, companies prefer manufacturers who utilize renewable energy and minimize the production process’s carbon footprint. Manufacturers can source renewable energy by purchasing it from a utility or broker; prioritizing sources that are third-party verified and carry Renewable Energy Certificates (RECs).

Renewable electricity can also be sourced by implementing on-site production through solar photovoltaic (solar PV) systems and wind onshore. India, the second in global textile manufacturing, in 2016 committed to using renewables and low-carbon alternatives to cover forty percent of all electricity generated. Cutting between thirty-three and thirty-five of its 2005 emissions intensity levels by 2030. The south Asian country has the 4th largest installed capacity in wind power after China, U.S, and Germany. The impact of Covid-19 related safety regulations like lockdowns measures and movement restrictions on renewable energy development and deployment varied by country. But they disrupted supply chains and delayed construction of renewable energy installations in April and May 2020, resulting in the global renewable electricity capacity additions to be eleven percent lower in the first half of 2020 than in the first semester of 2019.

Since mid-May, renewables-based projects went back to near normal levels in several areas; showing the sector’s resilience and ability to adapt to the ongoing social‑distancing rules. The pandemic and the consequent economic turbulence haven’t pushed governments in major renewable energy markets to abandon announced policy support or long-term net-zero goals that are still in place in the European Union and China.

«In the United States with the ‘Green New Deal’. In Europe with the recovery fund, there seems to be a will to power recovery with green energy. We’ll see incentivization to switch to renewable energies. It doesn’t seem to be a clear plan in some manufacturing countries on a governmental level. It’s up to the brands in those nations to transition their manufacturing process to renewable energy if they want to hit their CO2 emissions target. Some brands are providing training and financial incentives to their suppliers; helping them with the RFP process and vendor selection to support them during this transition», explains Ley.

Is an Innovation Platform, where they focus on sparking and scaling technologies and business models that have the potential to transform the industry. They provide support to innovators based on their business maturity through three key programmes: the Accelerator, the Scaling Program and the Good Fashion Fund.