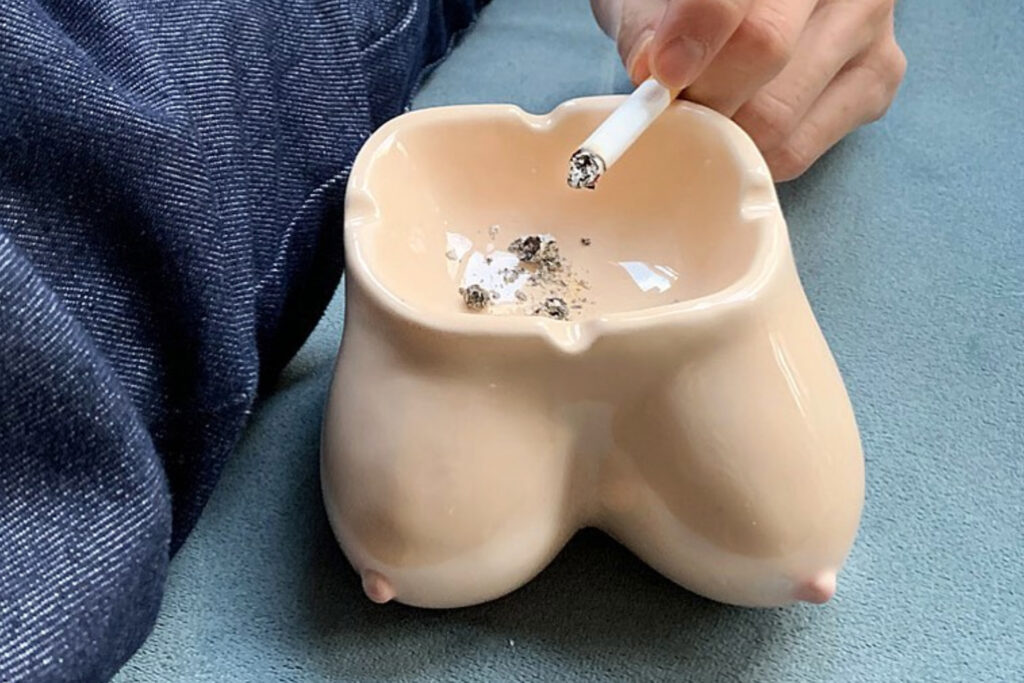 A former printing house, renovated as a DIY project, named Amen. A sign of gratefulness for having gotten all the work done. Few lines by Rocío Mendivil

When Rocío Mendivil bought the two-hundred-and-fifty square meter lot that had once been a printing house, she did not have enough money to have it refurbished into the concept store that she envisioned. Aflush with natural light, flaunting the bare essentials, with an industrial design. She did it herself. She cleaned, swept, plastered, installed the windows, polished the floor, hung the chandeliers. The store opened in 2016 with the name Amen. A sign of gratefulness for having gotten all the work done.

She chose the phoenix as the store’s logo, to symbolize the new life of the space she revived. Before opening Amen, Rocío studied advertising and went on to work in the production of TV commercials. The standard routine of a nine-to-five job led her to resign and plan to make a living by creating jewelry. She soon opened Speed&Bacon and Enfant Terrible. Two transitional projects, both part store part gallery. Her third enterprise was Amen.

Amen is located at Calle San Andrés 3, in Madrid’s neighborhood of Malasaña, also called ‘barrio de las Maravillas’ or ‘neighborhood of wonders’. It was first called such by reporter Mesonero Romanos, in reference to the colloquial name for a convent of Carmelite nuns which housed an image of the Virgin Mary of the Wonders. Malasaña, on the other hand, is the name of a young woman who participated in the defense of Plaza del 2 de Mayo during Napoleon’s invasion of Spain.

Throughout the seventies and eighties, the neighborhood witnessed the rise of the Movida Madrileña. A current of counterculture that emerged in opposition to the remnants of Francoism in the Spanish society of the time. The Movida Madrileña inspired director Pedro Almodóvar’s last film, Dolor y gloria, in which the protagonist, Salvador Mallo, rises to fame during the height of the movement’s glory years.

With its black and white accents, does not adhere to the image that one has of Spain’s capital. The Almudena’s collage of styles, the late Baroque of the Royal Palace, the Rococo pomp of the halls around the Museum of Romanticism. The cities in which Rocío lived as her father moved around for work – Moscow, Bern, Frankfurt, Bordeaux and Algiers – inspired the layout of Amen.

«There is very little of Spain in the store» she admits, walking around the rooms. «Amen’s design receives more attention by foreigners than by locals. Sometimes they ask me where they can find other stores like this in Madrid. There aren’t, unlike in Moscow, London, and Paris. That’s one of the reasons why I had to create everything from scratch». Spain characterizes the chandeliers with glass and crystal pendants, which Rocío inherited from her grandmother. These are not for sale, though many ask.

On the walls, plastered portions alternate with exposed cement or brick. On these ink stains can still be spotted, leftovers from the building’s prior function as printing house. The height of the windows and of the ceiling, with exposed cement and rebar, allows the store to be washed in sunlight. «Looking in from the outside, people mistake Amen for a contemporary art gallery, and the items on sale for installations» explains Rocío. «When they realize it’s a store, they assume that the prices are over the roof. Because they associate the largeness of a store with high end offerings. I want to overturn this concept, using the aesthetic standards of stores to sell products that everyone can afford. If boutiques serve champagne, we serve beer».

On the hangers, alongside Nike and Robe di Kappa, are the Russian brand T3CM and the American brand Comme des Fuckdown. «I select labels that have not yet risen to fame, or that want to remain niche, and the juxtaposition with well-known brands confirms their credibility» explains Rocío. She even creates some of the garments, but brands can commission them as well.

For each garment, only one size is on display, a choice that is in line with both the desire to avoid clutter and that of connecting with customers. «Requesting another size is a way to start a conversation with the staff». The store sells more than just clothing. On the walls are displays of bags and rucksacks, 3D-printed accessories, a selection of vinyl records and of fashion and design magazines, Fornasetti cups, Stoobz garden gnomes with their middle finger up, half-busts of Mao, and Japanese candies that Rocío discovered during one of her trips.

Amen is a DIY project founded by Rocío Mendivil in Madrid in 2016. The name represents a sign of gratefulness for having gotten all the work done.