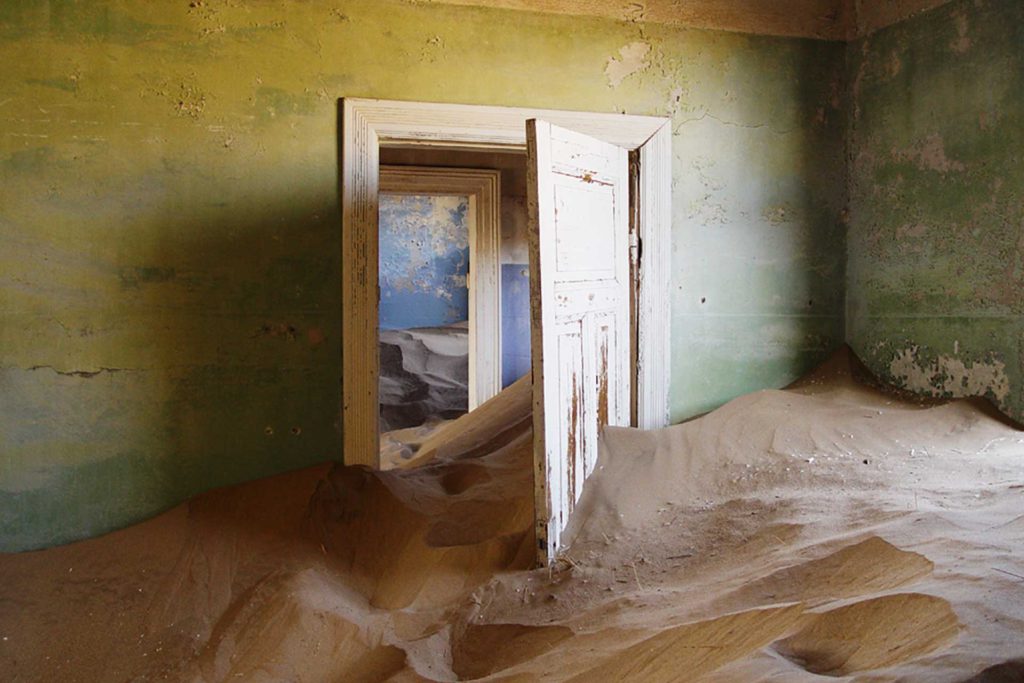 In the age of Dune it’s about Sand: an insatiable demand, taken from rivers and streams

In conversation with Vince Beiser, writer, journalist and author of ‘The World in a Grain: The Story of Sand and How It Transformed Civilization’ on the role of sand

The role of the sand for human activities – Vince Beiser

Vince Beiser, writer and author of The World in a Grain: The Story of Sand and How It Transformed Civilization. He talks us through the detriments the unavailability of sand has caused and what we could be able to do in the future. «Sand is the foundation of modern civilization. If you look around you; the floor underneath you; the ceiling over your head; the walls around you; are all made at least with concrete just like every office tower, every apartment building, every shopping mall all around the world. Concrete is sand and gravel that have been glued together; all the roads and buildings are made out of concrete. Every window in these buildings is made out of sand as well as glass is nothing but sand that has been melted down. Even the silicon chips that power your computer and smartphones are made out of sand».

«In short: no sand, no modern civilization. There is a lot of demand for sand in today’s world; we are starting to run out of it in some places. We are doing big environmental damage to get the sand that we need. Tearing up riverbeds stripping away beaches. In some places the demand has got so extreme that criminal gangs have gotten involved; creating a black market in sand and they do what criminal gangs do anywhere; they pay off police and government officials to leave them alone and do as they will».

In many countries sand has started to become scarce, take Vietnam for instance, the domestic demand for sand has officially exceeded the country’s total reserves. The scarcity of sand has led to what is now commonly known as ‘sand mafias’ all over the world whether it may be in Jamaica, Morocco or India with the main goal of extracting sand from beaches, polluting farmlands and fishing grounds and those who get in their way like environmentalists, journalists or locals face intimidation, injury or even death.

Lampoon review: the unavailability of sand

Vince Beiser explains, «that was what happened in the case with 52-year-old farmer Paleram Chauhan. Sand miners came to his village, they call them ‘sand mafias’ in India because it was a common thing and they tore up the villagers’ crops and their topsoil and started digging up the and underneath it to sell to developers in new Delhi and when Paleram Chauhan tried to stop them,  they shot him dead. A story like this should be addressed since almost nobody knew about it».

With sand being a key product of erosion, one would think of it as an infinite source. Where one comes across sand in beaches and endless deserts; incapable of exhaustion, but studies have come to show us the opposite to be factual; desert sand has proved to be unsuitable for commercial purposes as it will not be able to bind building materials together due to its smooth and fine texture. Heightened demand for sand and constant mining for such demand has created a recipe for deficiencies which, with time, will lead to environment damages like the altering of river and coastal ecosystems, increase in suspended sediments and erosion as well as jeopardizing human communities: beaches and wetlands offer a buffer area to coastal communities against surging seas and constant mining makes these communities more exposed and unguarded upon the occurrence of floods and storm surges.

In the normal course of things sand gets replenished naturally due to ocean currents bringing sand from other places and depositing them on to beaches. Rivers carry sand with them all the way to the beaches in order to also carry and replenish sand. Vince Beiser confesses, «the problem is human beings are interfering with both processes – building along shoreline with infrastructure like docks and marinas and harbors and so on that in many places we have blocked the flow of sand that would have been carried by ocean currents. On rivers we have built many dams».

«We have been extracting and mining sand out of these rivers in order to make concrete and other things that these rivers are no longer carrying sand to beaches. As a result, natural erosion is continuing, natural replenishment is not. This is an issue in a world where sea levels are rising because we will not have a beach to hold back the ocean. The process of beach nourishment is done in several countries which means artificially building beaches; sucking up millions of tons of sand from the ocean floor and placing it on coastlines or bringing it in by truck from inland mines».

In light of recent research, sand mining operations affected numerous animal species like the gharial. An endangered species of crocodile residing in Asian river systems; increasingly threatened by sand mining that has destroyed or eroded the sand banks where the crocodiles bask; in addition animals including fish, dolphins and crustaceans. «What is happening is something similar to what is happening in the oil industry: there is lots of oil in the planet. However a lot of the oil that is easiest to get to. Cheap is close to the surface and now that it is gone. We are having to go further and do more damage to get at the oil left. That is why we now resort to offshore digging deep sea oil drilling or fracking oil», affirms Vince Beiser.

Singapore, a small island nation, imports thirteen percent of the world’s sand; making it the largest sand importer in the world, as stated by the Observatory of Economic Complexity. With its growing urban population, India is steadily demanding sand. Because of the country’s booming population the construction industry is valued at well over $126 billion per annum. Expecting to be one of the top three sand consuming countries in the world by the next decade.

Sand used in the construction works

In the year 2010, an accumulated sum of 11 billion tons of sand was mined for the purpose of construction only. With the highest extraction rates in the Asia-Pacific region followed by Europe and North America. With that being said these numbers still underestimate global sand extraction use; as claimed by government officials’ irresponsible record-keeping in several countries could conceal the true extraction rates. As official statistics underreport sand use and do not include non-construction purposes like hydraulic fracturing and beach restoration and nourishment.

Vince Beiser says. «That means everything from destroyed river ecosystems, where millions of fish and birds and other aquatic creatures. Also those that live off of aquatic creatures have just been wiped out and decimated with damage done to seas forests, grass beds, coral reefs by sand mining. In some places the levels of rivers have dropped so low; as a result of sand mining that it means that drinking water supplies have been badly affected. They can get polluted and even dried out in some cases. There is a whole series of environmental impacts».

Considering national regulations being fairly enforced,; harmful effects will carry on occurring. International communities should develop strategies for sand governance along with global and regional sand budgets. Countries that seek to manage necessary resources such as clean air; biodiversity and other natural endowments should consider sand as a vital element in our planet for the flourishing of our world. As of late 2019, Malaysia banned sea sand exports to Singapore and other countries; Vietnam cut its international sand sales by more than thirty percent in 2018 and Cambodia also ceased all sand exports to Singapore in 2017.

A substitute to sand for construction purposes

A solution for the sand shortage would be to use dust residue from quarry mining operations; by investing in infrastructure and transportation systems that capitalize on the by-product waste of other activities, sand reserves can be maintained. Consolidated with advancements in construction and demolition waste recycling technology; concrete saturated infrastructure projects can become more sustainable. «There is research being done looking at ways where we might be able to replace sand; shredded rubber like old tires and shredding them up to be used instead of sand shredded plastic. There is a stretch of a roadway in the Netherlands that has been built out of concrete. It uses only shredded plastic with no sand at all involved. None of it has really hit the market in a big way yet but the research is still going on as well as research into other types of building materials besides concrete».

The solution to the shortage of sand

Vince Beiser concludes, «the solution to what we can do the shortage of sand is to ask the question differently. Because this idea that we are running out of sand is a familiar one. We know already that we are using and taking fish out of the oceans. Cutting down too many trees, burning to much oil and now come to find out we are running out of sand which is the most abundant thing on the planet».

«These are not separate issues, these are all symptoms of the same problem which is simply that we consume too much. We human beings especially in the developed countries are consuming natural resources at a rate that cannot be sustained. Especially in a world that is already almost eight billion people and on track to hit ten billion. We have to find ways to build our cities and live our lives as in ways that can consume; not only less sand but less of everything to make our lives more sustainable».