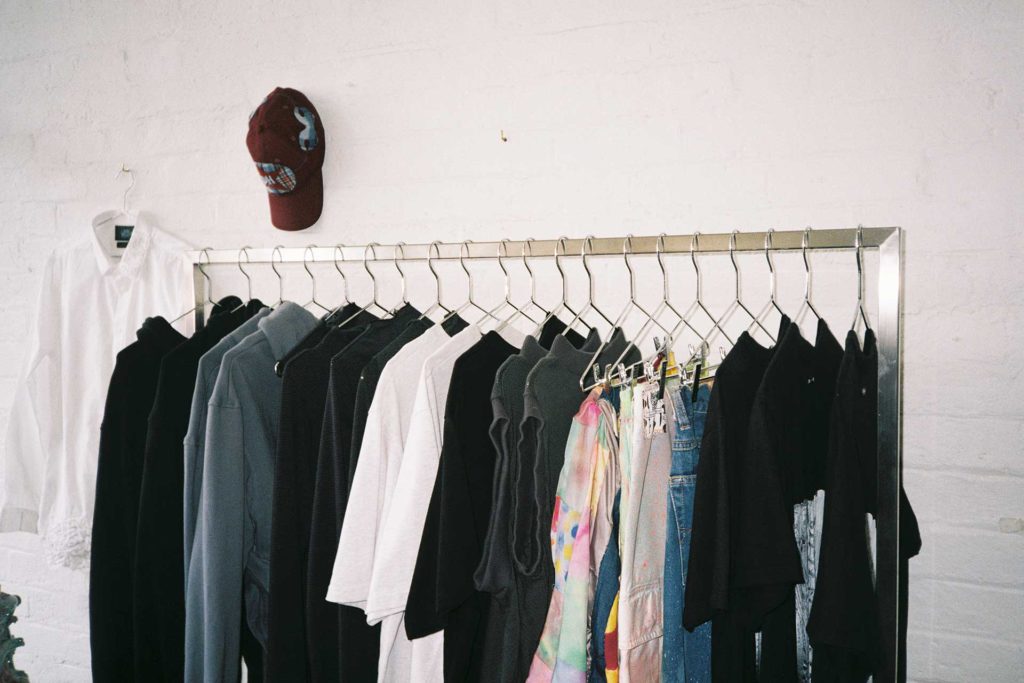 Error404, Melbourne. A commune for creativity and sustainable efforts

Acting as a hub and safe space for designers and creatives, Error404 is a celebration of the counterculture in Melbourne. In conversation with founder Kacey Heywood

Located on 165 St Georges Road in Northern Melbourne is Error404, a curated concept store in a ten by six-meter space that is the brainchild of Kacey Heywood. Managing the store seven days of the week, Heywood parallels her responsibilities alongside her partners, Rahma Mohamed and Anjelica Angwin. Located by a renowned park, Error404 is a distance away from Heywood’s abode. Showcasing design works of up-and-coming artists ranging from clothing items to handcrafted pieces like furniture and jewelry, Error404 is a plateau for the creatives seeking a coterie in Melbourne.

Initiated through their online platform in September of 2020 and being realized in their current physical space in November of the same year, Error404 is a testament to the perseverance of self-funded businesses that exist during the COVID-19 crisis. Assisted by a partner for the first beginning months, Heywood then took on to managing and running the store by herself before bringing in her current team.

Heywood is a self-taught fashion designer. She is also the creative director of her eponymous label, Ka-He, which she founded in 2014. The label acts as a means of self-expression and being comfortable with oneself. Releasing clothing is an effort that she works to keep at a minimum to ensure there is no over-consumption. This effort encourages lesser use of materials as well, which prevents the label from further contributing to their existing carbon footprint.

The inception of Error404

The name of the label is an abbreviation of her name and identity. Derived from the syllables of her first and last name. The name of the store is synonymous to error pages found online. A personal feeling that she shares to be in vain with her and the creative community in Melbourne.

Leading up to the establishment of Error404, Heywood – who had been living in Australia for the span of ten years after relocating from New Zealand – made the decision to traverse to Europe. She shares that her journey began in London. «When I arrived in London, I had trouble securing a job. I then contacted a friend who was living in Berlin at the time. She found me an apartment that I could sublet. I moved to Berlin a few days later».

Her time in the city allowed for the discovery of the artistic and creative community. A sense of belonging that she could not resonate with while in Melbourne. «My time in Berlin remodeled a sense of togetherness that I wished to replicate wherever I moved to after». Through her ventures in studio spaces and interactions with the creative circles in the city of Berlin, Heywood secured roles with footwear brands Adidas and Nike. The COVID-19 pandemic in March of 2020 prompted her to return to Melbourne. In an effort to fill her time and keep her busy, Heywood then worked to establish the bones of Error404.

Heywood explains that the store’s ideations and objectives have evolved from what they were. Having lived in the area and being familiar with it, Heywood had spotted a vacancy for the lot while on a bike ride. She shares that the extended lockdown period had caused business to shutter down. «There was a generational shift in the neighborhood. The lot and area held antique stores run by seasoned business owners. We saw this as an opportunity to integrate a sense of youth to the area».

Adorned with floor to ceiling windows, Error404 is located in a two-story building that occupies the ground floor. Three sections – used by Heywood in managing her clothing label apace with two Melbourne creatives – characterize the space above. The development of the online platform took twenty-four hours, shares Heywood.

The physical space was a challenge, as she states that due to limited funds, she enlisted the assistance of her peers to bring the store together by painting the interior and providing furniture items. «We enlisted welders to bring together the light fixtures. Tattoo artist, Phillip Ong designed the logo. While the remainder of the workings of the online space was by me».

Items sold in the store vary in labels and purposes as explained by Heywood. Jewelry from label Dangerous Goods, which works with recycled sterling silver, clothing label Die Horny, that utilizes deadstock fabrics and Heywood’s eponymous label exist side by side. She explains that along with managing her brand and being its creative director, she designs items for Error404 as well. «The store carries thirty labels in fashion and in art, featuring works by up-and-coming creatives and self-funded creatives. We hold events for these individuals, in a gallery-like style to plateau their work across a period of a week in designated months of the year».

Lampoon review: Error404 as a celebration of the counterculture in Melbourne

Designers Nicole Lawrence and Jordan Gogos assisted Error404 through the contribution of their works, which have a dual purpose. To be sold and to act as temporary furniture for hosting other items. Furniture pieces are moveable to allow for space during events.

Acting as a hub and safe space for designers and creatives where they are now, Error404 is a celebration of the counterculture in Melbourne. «When we started out, our goal was to give a space for those who were like-minded and intending to showcase their work».

Being a gathering space for individuals from heterogenous backgrounds, the individuals behind Error404 have pivoted their focus to championing queer, marginalized and underrepresented groups in Melbourne through its gallery space in the store and the selling of crafted goods.

Heywood goes on to explain that the concept of sustainability characterizes the dialect of Error404. But, she also shares that the word in itself has been misused over time. Error404’s practice to remain sustainable is through their efforts of carrying items made in the locale and in limited numbers.

Items in the store do not carry price tags, shares Heywood, as it holds a limited lifespan. Rather, customers are prompted to inquire prices. This would, then, create conversations and the cultivation of relationships. «It is through this, as well, that we are able to educate our buyers on the items, the story of how they came to be and the significance it holds. We do this in hope that this will then ensue a conversation within their community. Past events are available on the website for customers to learn what has been showcased in the store».

The store’s promotion of social issues

Her clothing label has reworked the black and white definition of what being sustainable is. «Over time, I have been learning how I can work to ensure my label and the labels I carry are sustainable. But the word has lost its meaning. It is a challenge to be a brand that is, in its entirety, green and sustainable». Pieces in the store hold fluid sets of uses, allowing users to rework a garment into a multi-functional piece.

Error404’s online platforms further promote their solidarity with social issues. Heywood shares that the lack of education and conversation regarding the issues of the Native Kulin People of Australia led to the negligence of the topic. To gather creatives and creators who are able to disseminate awareness to the general public is, therefore, the goal they intend to achieve. «There is a depth of topics to discuss in regard to this I have been able to learn what I know now through my Australian peers that work with me and those who are involved with Error404. The need to listen to what is being said and to work from there is integral to our identity».

Upon the establishment of Error404, the brand garnered a following in the area, urging Heywood to bring in individuals to ease her responsibilities. She explains that hiring her current managers, Mohamed and Angwin, was through the connections she had fostered while she was in Europe and across Australia. She met Angwin because she was subletting her apartment during holiday season in Berlin. While, Mohamed had modeled for Error404. Her decision to bring them on was not one that required significant consideration. Error404 looks to host a number of events in the near future, featuring music, art and light installations and an art exhibition featuring works from the indigenous community in Melbourne.

Error404 is a curated concept store in Melbourne. A community store with a focus on sustainability and elevating likeminded designers and artists.