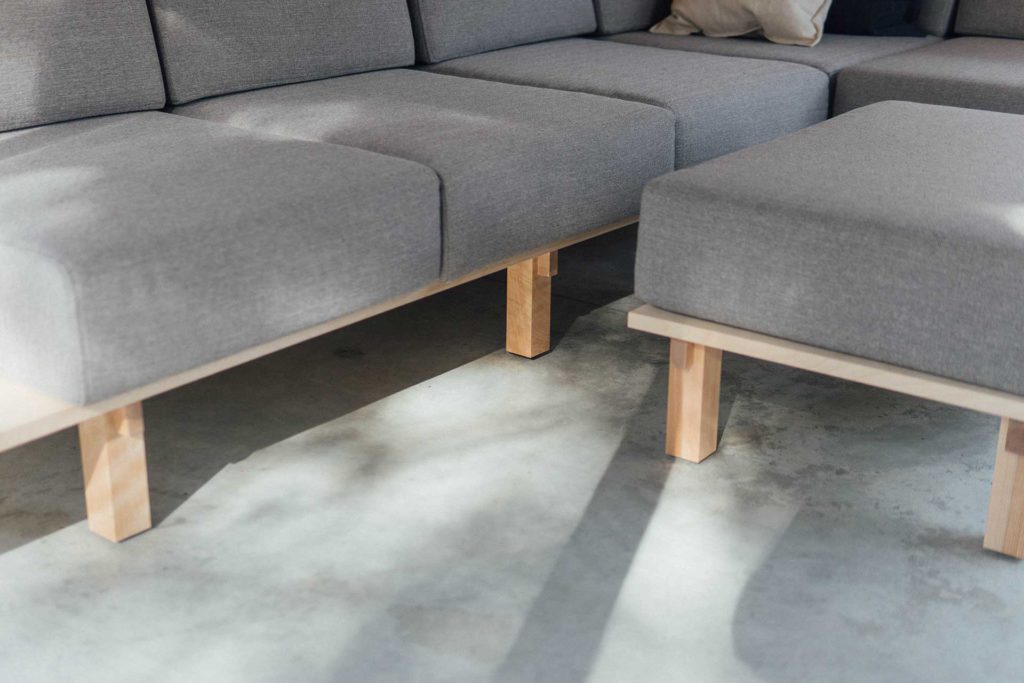 Beside Habitat, Montreal. Reevaluating outdoor spaces in Canadian woods to reconnect with nature

Reevaluating  the relationship with outdoor spaces. With urbanization on the rise and eighty-two percent of people in North America now living in cities

Beside Habitat is a 1,250 acres park in Quebec. A one hour drive away from Montreal, which Beside Media has purchased and where it is building seventy-five consciously designed cabins. Beside Habitat was born from the magazine when the owners realized they wanted to create something concrete and bigger for their audience. The aim is to reevaluate the relationship with nature and outdoor spaces.

With urbanization on the rise and eighty-two percent of people in North America now living in cities, rural areas must be rethought. Targets relating to climate change will not be met without redesigning human relationship with nature. It will be beneficial to both environmental and psychological health of individuals to spend time in suburban and peri-urban areas instead. To be able to do this, we need companies and organizations to invest in the development of uninhabited areas. Not to urbanize them, but rather to actively fight the urbanization logic.

The interaction between the architectural spaces and the natural landscape around them must be the key point. A research by Cornell University has recently found that it takes as little as ten minutes immersed with nature for a person to feel better and less stressed out. Spending at least one-hundred-and-twenty minutes per week outdoors is synonym with good health and wellbeing. Living in the city makes it problematic to find clean and open spaces to do that. But proximity destinations can be a way to change this.

It can seem strange to go from being a magazine to building cabins in the woods. But for Petit the shift was logical. «We started as a publication with the sole purpose of bridging the gap between humans and nature and using culture as the bridge» he explains. Nothing could fill the gap better than small, eco-conscious, sustainably produced cabins immersed and surrounded by an actual natural landscape. Coming from a media publication and venturing into housing was not always easy. Especially at the beginning.

Looking back he remembers how at first they had some «credibility issues». Particularly when they had to «convince banks and traditional players of our idea to buy a large amount of land and build as little as possible in it». Then, the project took off. It took two years to find the right land. «We wanted to build the minimum to protect the maximum» and define how the cabins themselves were going to be built in detail.

Petit explains the process of finding the land. «We needed a big piece of land to be able to build in just a small portion of it. The main criterion was: is it big enough for us to only develop a small portion and protect all the rest? The second was looking at the ecological value. And, lastly, it had to be within a two-hour drive from a major city because we want to be a proximity destination».

They ended up choosing what he calls a B-region. «A region which is not prime. A region that’s been overlooked and will develop in the future. With a lot of interest, strategically positioned. But not developed yet. Most of these regions also have a great under-culture».

In order to build the cabins, after selecting five, Beside finally partnered up with architect Kim Pariseau of Appareil studio. The professional won the Relève in Architecture Award in 2020. Pariseau’s practice focuses on northern architecture and heritage on two different levels.

For Beside cabins, on the one hand, they used local Nordic architecture heritage to shape the buildings and built them with traditional materials. On the other, they tried to think about creating heritage, looking at how the buildings they were constructing would age, and how they could create new standards which future professionals could build upon.

«For the design we started from the idea of going back to the source, to the indispensable and to the experience of living in nature» explained Pariseu. The original brief was to create three cabin models. A one-bedroom, two-bedroom and three-bedroom. It was also important to have as little impact on the land as possible. In order to reach this, they first built a one-to-one model, and worked on it to adjust their vision. The eighty percent of the land was left untouched.

For the team, the construction themselves had to be as small as possible. But they did not want tiny houses either. The buildings had to be comfortable. Therefore, they «built the smallest building possible that the municipality allowed».

As for the materials, Beside wanted to have the lowest impact on the environment, so they went all local. Local sourced wood characterizes the structures of the cabins, with no additives. The outside is in natural, pre-aged cider from the eastside of Canada. The roof, instead, is a metal roofing, expected to last at least a hundred years. Concrete marks the floors, while water creating thermic masses heats them. The insides are finished out of pine. All the shelves and storages feature wood as well.

They worked with a local lighting expert and designer, called Lambert & Fils. They designed a series of custom fixtures for them, in recycled aluminum. Appareil designed all the furniture, built by local artisans. À Hauteur D’homme designed and produced the kitchens in Montreal.

The park has a forty kilometers trail to walk, two libraries and a music studio. There are also one mountain and two lakes. No construction is built around the lakes, and Beside hasn’t constructed in that area. They provide a combination of learning experiences. Visitors can learn how to fly-fish and how to filet and cook the fish, how to light a fire, forage mushrooms and make maple syrup. Skills that are generally not taught or given importance when growing up or living in the city.

Technology also characterizes the project, but always respectful of nature. «We want tech to enhance the experience without becoming the protagonist». Beside developed their own app to avoid using other services for booking. High speed connection is provided to encourage remote working. Through the app, your mobile phone number connects and becomes your digital door key code. Tech also serves to notify visitors about the events available at the time of their stay.

The lights inside the cabins work with radio frequencies. It automatically adjusts its saturation and temperature depending on the time of the day and weather. The issue with these projects is often that they can end up being elitist. Limiting the availability of places inevitably limits the amount of people who can take advantage. At the same time, there are a series of stereotypes regarding them.

In 2019, a workshop took place at Beside in collaborations with Appareil. The aim was proving the democratization of architecture. On that occasion, they created a sort of open-air museum in the woods. The point was to think about how creating architectural forms enables us to interact with the natural landscape in a different way.

An installation also took place. Its aim was to underline the duality of material and immaterial as well as its relationship with the environment. Using materials from the land, they were then transformed into the form of architecture. The architectural shape first felt as a strange presence. Little by little, with the passing of time, it blended with the environment and became part of it.

Born from BESIDE Magazine, Beside Habitat is a hub of seventy-five cabins at the junction of nature and culture immersed in 1,254 acres of land built in Quebec. One hour drive away from Montreal.