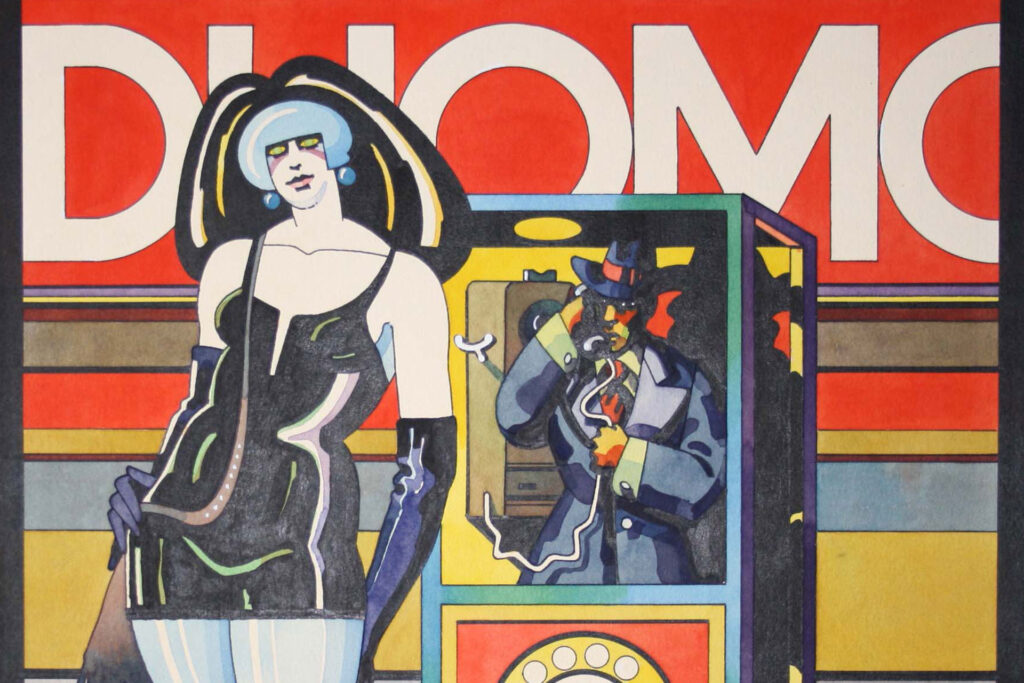 Milano Graphic Festival. Bringing visual communication to the public for the first time

A cross-contamination of different topics related to graphic and visual communication, allowing confrontation and discussion. From urban renewal to gender identity to education

The cross-contamination of different topics

Milano Graphic Festival, organized by Dondina, aims to offer the visual design community the opportunity to get out of a limited environment. Bringing the visual communication to a broader audience, not only insiders and sector operators. The Festival will focus on the cross-contamination of different topics related to graphic and visual communication; allowing confrontation and discussion: from urban renewal to gender identity to education.

Being aware that graphic design is an integral part of everyday life; the festival wants to encourage reflecting about roles and responsibilities of visual communication. With an eye to the history of design in Italy.

The idea, explains Dondina, comes from the consideration that in Milan, a festival dedicated to graphic design has never been organized before and, despite some sporadic initiatives and on a different scale, there has been a need for an event that could concentrate and collect all the values and experiences that gravitate around this world.

«The mission» he continues, «is to promote the socio-cultural values of visual design and create an opportunity to activate relationships between cultural institutions, companies, schools, designers and open to the general public, to make people more aware of the role of the designers».

A diffuse form along Milan

The Festival takes place in diffuse form along the whole city of Milan, involving many areas and creating a network between locations and institutions to make sure the public has at its disposal an articulated and diversified program of offers – as Dondina states.

The two primary hubs, BaseMilano and the Certosa District represent two poles that are the subject of careful urban redevelopment and cultural institutions of reference for the city and the Castello Sforzesco, with the Achille Bertarelli Collection of Prints. But also the new ADI Design Museum, with the permanent exhibition of the Compassi d’Oro, or even the MUBA, the Children’s Museum of Milan, the historic Società Umanitaria, or the Casa Degli Artisti in Corso Garibaldi.

As Milan is a city that invests in art and culture while also being projected into the future, the Festival is part of this, as Dondina stresses: «graphics and visual communication design contribute to the cultural and economic development of the city. However, like all evolving organisms, the visual design industry is adapting to a difficult era, which has forced us into a new dimension for the past couple of years. Social media is a new frontier in the world of communication. There’s still a lot to explore, understand, and invent».

When asked about expectations and needs for different generations – from X and Millennials, but also Gen Z – Dondina explains that the younger generations have to deal with a more fluid context than in the past: «one that is less reassuring and more precarious, also in terms of professional practice, time management, and resources, but young people are carving out their own spaces and building new ways of organizing their work to deal with these new scenarios».

And indeed, the Festival’s mission is to generate awareness and exchange while creating new connections between the business world and Italy’s visual communicators. Also, the MUDEC, the Museum of Cultures of Milan, dedicated to interdisciplinary research on world cultures, will take part in the event, with the lecture ‘La M con le corna’ to explain the museum’s visual identity curated by Studio FM with Marina Pugliese.

About the audience response, the program has aroused interest and curiosity, according to Dondina. Also, thanks to the several topics and focuses which are transversal, such as the theme of training and research, urban regeneration, and multidisciplinarity. «This model can have a future, and it can become a recurring appointment, that it can grow and be enriched thanks to new contributions», concludes Dondina.

New technologies in the field

When asked about new technologies and how they changed the world of visual communication, he states that in all historical eras, «new techniques or technologies have replaced the previous ones and this does not exclude those obsolete techniques that can also survive and coexist alongside the new ones for a long time».

What changes, he continues, «it is the form of the process of design or production, but the substance does not. This theme is addressed in different contexts within the festival, for example, in a workshop held in Base on the relationship between graphics and Instagram or within ‘Neologia’, an exhibition on young designers promoted by Graphic Days».

During the Festival, the audience will have the opportunity to visit exhibitions dedicated to visual design; at BASE, SIGNS curated by Dondina offers a glimpse of the state of the art of graphic design and communication in Italy to show its innate capability of renovating itself and challenging the international ecosystem.

Also, at Certosa Graphic Village, a new temporary space of 3000 square meters dedicated to contemporary creativity will occur in the exhibition Generazione YZ, where ten designers under-30 will work together in an urban redevelopment program. In addition to these two main poles, the palimpsest is also enriched by many studios that will open their doors to the public, such as jekyll & hyde, OH working, studio òbelo, Parco Studio e Gallery, studio FM Milano, Studio Maurizio Milani, and Zetalab.

All the locations of Milano Graphic Festival

Schools and academies will host workshops and talks, such as Arte&Messaggio, CFP Bauer, IED Milano, Piazzale Dello Sport, e Raffles Milano. In contrast, art galleries and institutions will host exhibitions (among others, Bonvini 1909, Paper&People, Milan Icons, Nava Design, and Pasticceria Cucchi) during the days of the festival.

Talking about the institutions and participants, designers, teachers, and curators among all the interlocutors involved and invited to participate, confronted themselves with different realities, creating a palimpsest that ranges from design and creative studios to historical archives to schools and libraries.

The festival will also be an opportunity to visit archives and private collections usually closed to the public. For example, as the Associazione Giancarlo Iliprandi that will open its library, the Archivio Armando Milani, and the Archivio Origoni Steiner, among the Museo Collezione Branca.

The Milano Graphic Festival will open its doors on Friday, March 25th at BASE Milano. With the presence of Minister of University and Research Maria Cristina Messa. Franco Achilli curates the first assembly of schools and universities of Visual Design. On the same day the live painting by Luca Barcellona will also take place. A world-known calligrapher who created an artwork dedicated to the city of Milan at the Certosa Graphic Village.

is the first widespread event of Graphic Design, Illustration, and Visual Cultures in Milan. An initiative devoted to a spirit of participation. Aiming to reactivate energy and direct people and experiences towards visual design cultures to appreciate their uniqueness and strategic value.