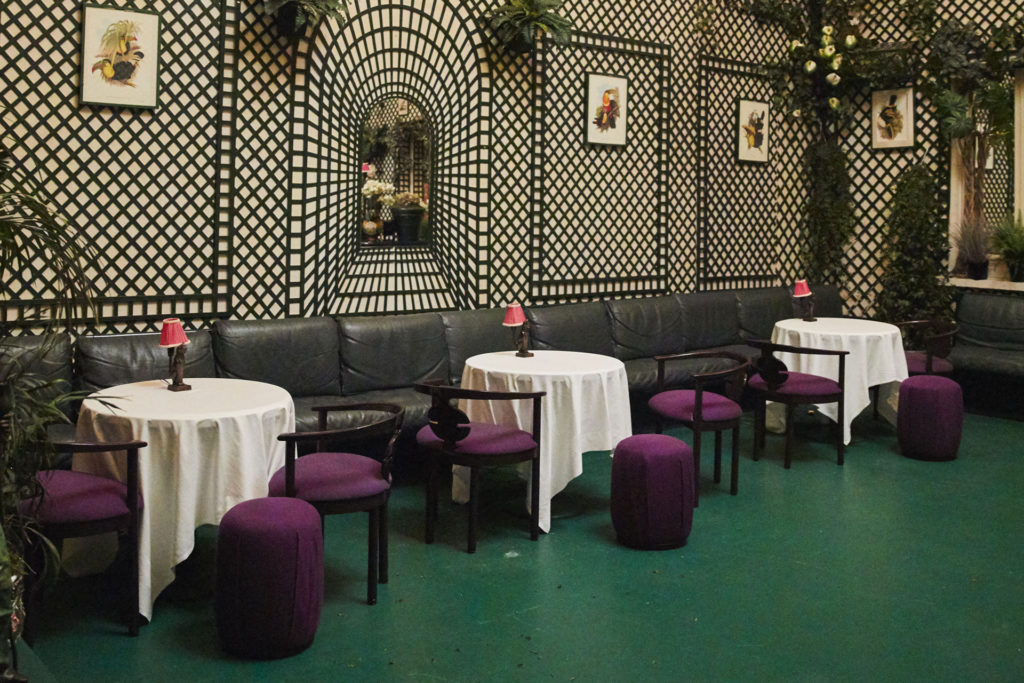 Maxim’s Paris. Marking itself into the fabric of history as a space for known individuals in the arts

Resident director Pierre Pelegry has been a part of Maxim’s  – the pinnacle of culture and the arts – since the beginning of his career, having worked there for the span twenty-five years

Founded in the year 1893, Maxim’s would over time readjust itself as the pinnacle of culture and the arts while remaining affixed in its location at 3 Rue Royal, Paris. Over the course of its one hundred- and twenty-nine-year existence, the restaurant has over time synonymized itself to becoming a gathering space for the affluent and renown. Resident director Pierre Pelegry who sat in for the interview shares that he has been a part of Maxim’s brand since the beginning of his career, having worked there for the span twenty-five years.

When prompted on the history of Maxim’s, sifting it through the years of exchange in ownerships, Pelegry recounts that Maxim’s was first an ice cream parlor. Pelegry states that Maxime Gaillard acquired the parlor. He was a waiter at the time in the Rue Royal area of Paris. When Gaillard took over the ownership of the physical space, he fashioned it into a bistro. One that Pelegry marks as a commonplace in the area, for it was a meeting point for the wealthy individuals of the time.

«There were individuals at the time who lived in the area that traversed across in horse carriages. The Rue Royal area was a meeting point for them to engage with one another in a social setting». The history to Maxim’s from being a bistro to a sought-after location by the elite began as a happenstance; when the owner, Gaillard came into acquaintance with courtesan, Irma de Montigny. To conclude, taken by the location and the allure of the bistro, Montigny utilized her extensive and collated list of peers in society, driving them to congregate at Maxim’s.

Celebrity Culture and The Elite

Pelegry shares that over time, aristocrats and the wealthy were flocking to the bistro. The director notes that during this period of notability, Gaillard repositioned the space, anointing it after himself as a namesake. «The restaurant became a space where individuals would flock to. The change in the name of the space gave Gaillard and the restaurant the room to become accessible to a varied crowd that were not from the territories in Paris or France». Pelegry adds that Maxim’s enthralled the gentlemen of this era. Therefore, acting as a plateau to allow for mingling with society whilst allowing them to «Have a good-time with the women on the first or second floors of the building».

Though the business showed signs of prosperity, Gaillard was prompted to sell it to businessman Eugene Cornuche. This is due to the fact that he was declared bankrupt after his years as Maxim’s owner. Pelegry remarks, «The stylized fashion of Maxim’s went forth under the reign of Cornuche; varying from its internal identity to the design of the restaurant. The design changes occurred in 1899, under the helm of architect Louis Marne. Here he introduced the Art Nouveau aesthetic that has remained over the years».

The director adds that the Art Nouveau style of Maxim’s coincided with the style language of the time. One that was prominent between the years of 1890-1905. In addition, elements of the Art Nouveau were used throughout the restaurant and have been added over time by Pelegry and the owners of the restaurant. Having had renovations completed in the year 1900 for the World Fair in Paris; Pelegry shares that renowned artists, painters and craftsmen of the time were employed in restoring and re-branding the physical allure of Maxim’s – one that would transcend time.

Having preserved the interior of the restaurant over the course of years since its interior update under the vision of Cornuche; Pelegry shares that he too has partaken in the addition of design pieces into the restaurants Art Nouveau interior. Pelegry elucidates that though Cornuche handed over the reins of the business to another, Maxim’s remained as a sought-after location to partake in rendez-vous. Having hosted the likes of Marcel Proust, Edith Piaf, Pablo Picasso, Barbara Streisand and Kylie Minogue,

Maxim’s has since marked itself into the fabric of history as a space for known individuals in the arts. «Maxim’s was a known spot of decadence amongst Parisians and those living abroad. This decadence then grew over time, even as the Maxim’s brand repositioned itself». It was in the year of 1981 that Maxim’s was bought over by designer Pierre Cardin from owners Mr. and Mrs. Vaudable. During this period of change, Pelegry marks the distinct transposition of Maxim’s that reflected the era it was in. One that was motivated by the economic landscape of the time.

The director explicates that the lifestyle and needs of the individuals traversing to Maxim’s altered. As such it urged for the establishment to make itself malleable to the times. «It is the people that allowed Maxim’s to remain a figure of relevance in the city and on a global scale». When Pelegry took over managing the establishment, he shared that his intention was to reposition Maxim’s toward the youth. One that would cause its eventual re-emergence into the elite circle of the echelon. «This made Maxim’s a place for brands like Dior, Chanel, Prada, Louis Vuitton and Saint Laurent to host after shows and parties. Having Pierre Cardin’s trust and belief in me made this intent a possibility».

The re-integration of the arts in Maxim’s

Alongside hosting events for fashion brands, Pelegry elucidates that there was the re-integration of the arts in Maxim’s. Inviting artists from the locale and those from abroad to showcase and host opening parties at Maxim’s was a means to intertwine the establishment into the art community once again. «Over the course of its repositioning, Maxim’s became a sought-after spot. Over the years, along with fashion and art events, Maxim’s has hosted a number of charity events within the space». As a consequence, the steps by Cardin and Pelegry to shift Maxim’s narrative in the general public included the employment of up-and-coming chef, Nicola Castelet.

The thirty-eight-year-old chef, is the current successor to leading the kitchen after the likes of Wolfgang Puck and Olivier Guyon. He has since updated the menu by serving staple French dishes into Maxim’s identity. Therefre, Pelegry states that Cardin enjoyed the simplicity of French meals and chose to pivot in the direction that appealed to the Parisians. Offering three course meals over lunch and dinner, Maxim’s is open from Wednesdays to Saturdays. «While the food is French, there was a need for Cardin and me to cater to the international audiences that frequent Paris, and in extension, Maxim’s». Having a dual-esque identity to Maxim’s, in which Pelegry shares, «Maxim’s is Parisian in itself. Having guests from around the world with Maxim’s Belle-Èpoque style of interior design portrays a juxtaposition to those who walk in through the front doors. The Parisian side of Maxim’s and the international side of the establishment».

Under the guidance and ownership of designer Pierre Cardin, Pelegry marks Cardin’s intent; and the realization of his vision to franchise the Maxim’s brand. «Cardin envisaged Maxim’s as a global franchise that could be accessible to its patrons away from the city of Paris». As such, Maxim’s was then brought up in Beijing. This was followed by locations in Japan, Rio, New York and Belgium. At this time, Pelegry marks Cardin’s strategy to market Maxim’s as an item that one can bring into their homes. Household items like teas, coffees and chocolates were some of the items that Pelegry assisted Cardin in curating. Packed in tin boxes that were available for purchase at Maxim’s and in duty free stores.

«Upon understanding that we could expand the Maxim’s brand further; we licensed champagne, wines, foie gras, olive oil and fruit baskets to name a few. For instance, these items were available for purchase for customers across our locations». In 1987, there were a total of 75 licenses that were managed by Cardin for Maxim’s. Negotiating with producers from the locale and from abroad; Maxim’s has since worked with an array of suppliers that provide fresh produce, canned goods and cigars. In 2020, Cardin passed away, leaving the legacy of Maxim’s under the care of his nephew. Pelegry marks that Maxim’s is on its path to reach a global audience while remaining Parisian at heart.

Founded in 1893, Maxim’s Paris has served generations. It provided food, entertainment and a social space for the gathering of the elite and famous. Having changed its hands in ownership over the years, the restaurant has augmented over time; rooting itself across locations around the globe.