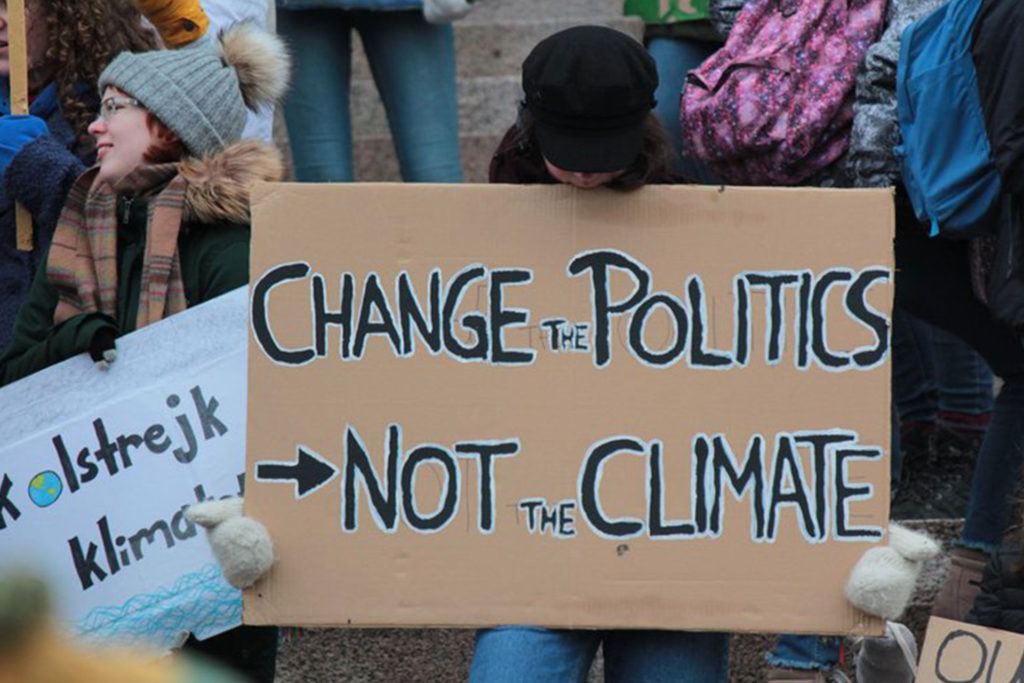 Climate refugees – Why do people have to migrate because of climate changes?

Climate refugees represent a new phenomenon that could become routine in the next few years. This is due to climate change evolving and to the more severe conditions in different inhabited areas. The World Bank’s latest Groundswell report on internal migration states that «a more complete picture of patterns of mobility must now include those moving due to climate change».

Currently, climate migrants represent a security issue which needs to be monitored as it can represent a human rights issue. The governments, who recognize politics and war refugees, still do not have the same programs in action regarding climate change. What is clear is the encouragement to help people to migrate when and where they want. However this migration should not result from compulsory and derived from climate emergency. This prevents a human being from living a linear life and having rights. The climate solutions proposed, rarely take into consideration these aspects and the minorities that are most affected by this problem.

Fairbourne – the first city that will be submerged

A village in North Wales located near the coast, Fairbourne has only thirty-three years left before it disappears. Several studies estimate that the town, which is largely below sea level, will be submerged by 2054 due to climate change. The citizens of this place will be the first climate refugees to have to leave their lives and communities behind. «I’m not worried about the future of this village and the flooding that will follow. I’m worried about the future of the community that lives here», says one citizen from the area. Another testimonial explains: «By 2054, we will have to move elsewhere. Will the town council provide us with housing? Or will we as citizens have to be the ones to worry about? This is a low-income area and I doubt many citizens have the ability to buy another home elsewhere».

The problem perception in the world

US Congressman, Joaquin Castro, reflects that defining and acknowledging the existence of this type of migration will be the key and lifesaving for people now. However but more so in the future given the progression of climate change. Migration has a considerable weight on the economy but is not limited to it; given the cost of cross-border migrations and the need to adapt to the climate in which people arrive. There is no financial support allocated to this purpose, nor open-border policies that can benefit the small and vulnerable populations that are now experiencing this situation.

Being proactive and not reactive

It is necessary at this point to try to figure out the possibilities of collaborating within the international community. Professor Saleemul Huq explains how it is already dystopian to talk about this situation. At the UN framework convention on climate change, it was not possible to use the word ‘climate refugee’. They prefer to use euphemisms that almost mask the problem instead of solving it. «Under the concept of loss and damage connected to climate change, there is this concept of people losing their livelihoods and being forced to move. This is to say it’s forced displacement because of climate change».

Being proactive and not reactive towards this emerging issue, must be the attitude of major powers such as the United States. There is a lot of skepticism in accepting that climate change exists, explains Castro. There are root causes that define the differentiation between coastal and inland countries in the United States. But collaboration with other countries, sustainability and listening to local voices becomes critical today.

Minorities affected by the climate migration

Ambassador Melanne Verveer, discusses structural inequality. In particular on a gender basis, being pressured by the impact that climate change has on women and other marginalized groups. It further lacks their possibility to actively participate in events and decision-making groups. Even if they are the most affected ones on different aspects. The global south, today, is involved in the climate change impact. It suffers the vulnerability of being the first to have to work for the emergencies that will follow.

«Climate disproportionately impacts women, in particular those who are affected by socio-economic status. Yet they have the primary responsibilities for food, for water. Furthermore they are increasingly made more vulnerable by the environment in which they find themselves». It also needs to be clarified, according to the ambassador, that women’s vulnerability poses huge barriers. This is due to the lack of inclusion and how the challenges that they face are not always understood.

This makes them out as victims also on the climate aspect; while they are leaders and problem solvers in climate solutions. There are areas attacked by extreme weather and hurricanes on one side and drought conditions on the other. These are agrarian territories inhabited by poor people who have economic problems. In addition they are unable to make a living from what was their only source of livelihood, the land. «So, in this desperate situation, the only possibility they have is to move. However that journey goes it starts with internal displacement».

The development that immigration policies require

While other immigration circumstances have specific policies and regulations in place to execute them, there is now a need for evolution. Migration due to climate change will require new legislative perspectives to manage and protect refugees in this regard. In addition, this type of migration, like those of political and war refugees, add to the list of those drivers that are considered as forced displacement.

One of the main goals, the congressman explains, is to incorporate climate change into U.S. law as a basis for refugee status. «We are still unfortunately in the initial phases of this awareness. Gaining acceptance for this idea that somebody who is fleeing a climate situation is a refugee. So, we need to continue to push that within the congress, the house and the senate». About 700 billion dollars have been earmarked in the U.S. to combat climate change. With both long-term and short-term strategies with the collaboration of international partners.

Talking about global government frameworks, Huq discusses the possibility of giving fair representation in the migrant displacement. That is what he has been working on in the last decade. Understanding the position of minorities to implement their conditions. What they did in Bangladesh is to admit the unstable climate condition; getting used to being resilient to change and adapting to the impact of it. That is exactly what other countries, and the U.S. should consider doing. Agreeing with the congressman, Huq explains that top-down issue management is not sufficient anymore.

It is necessary to empower local communities by recognizing their problems and responding to their demands. Governments also struggle to establish rules for population redistribution, as evidenced by the Fairbourne case. Citizens will likely be forced to migrate. Perhaps bed and breakfasts will be arranged in the same county or across the country. In addition, the cost to cover the purchase of new housing or monetary compensation will have to be borne by the citizens. This situation will gradually spread to different places in the world. In addition governments do not want to take the responsibility of covering expenses and redistribution. This is deduced from the situation in Wales.

Accepting that this is a problem and implementing solutions must be the step to take at this point in time. The professor explains that the most vulnerable countries, such as Bangladesh, already have a clear likelihood of millions of potential climate migrants. It is hoped that these people will at least be able to stay in the country and that is why climate resilient migrant friendly towns are being developed. This would allow them to migrate from rural areas into these towns and not into large cities which would disrupt their lifestyle. Also, adding a large number of citizens within megacities would be problematic.

Amali Tower, the chair of the event,  explains that climate change is considered a multiplier of threat and injustice because it tends to accelerate the phenomena of deprivation. According to recent reports, new forms of slavery such as trafficking, forced labor, or forced marriages can be derived from this. The resolution to this situation comes from being active in the search for alternatives to try to moderate climate change. Examples provided by Verveer include working on the aspect of valuing the work of minority groups and finding solutions, such as regenerative agriculture or the use of renewable and clean energy sources.

Climate change: a multiplier of threat and injustice

Development in this area would also be critical to employ these communities and make them active players. The overarching thought within this talk is that a change in thinking can be implemented starting with governments. Climate migrants should not be a problem for states, but it is about beginning with the problems that this situation represents for people to work on. By having an integral look and communication on both sides, climate migration does not have to become an issue of who is going to host the refugees, but rather a shared goal of enrichment for both countries.

Founded and executively directed by Amali Tower, is a human rights organization that researches and develops rights protection for migrants displaced by climate change. In the talk, US Congressman Joaquin Castro, Ambassador Melanne Verveer and Professor Saleemul Huq weigh in on the protections and policies needed to safeguard the most vulnerable against climate-induced migration and displacement.