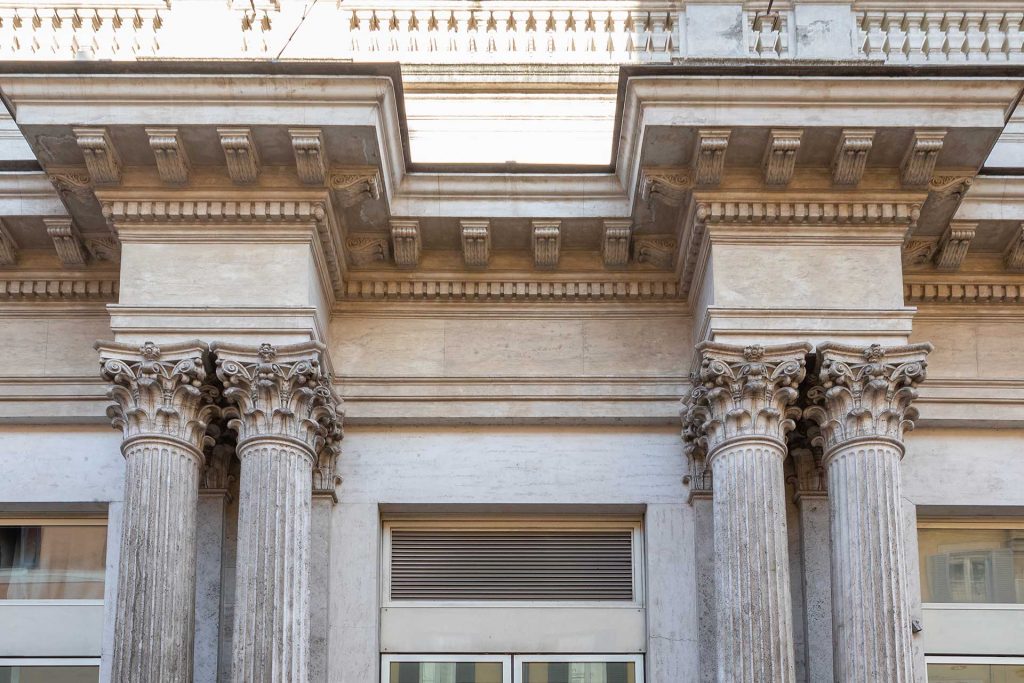 La Fondazione, Rome. A 700-square-meter hall for sharing and dialogue

«The exhibitions are not isolated episodes but chapters of a single story we hope will lead to unprecedented perspectives over time». In conversation with La Fondazione Rome Curator Pier Paolo Pancotto

When Antonio Ricci’s bicycle is stolen in Vittorio De Sica film Ladri di Biciclette (1948), the protagonist is hanging up a poster of Rita Hayworth at the corner of a Twenties building in via Crespi, in the heart of Rome. In the same place more than seventy years later a new center of contemporary creativity was established, La Fondazione.

The monumental entrance, overlooking the street with its glass door, was conceived as a sort of project room, complementary to the main room where the exhibitions take place. This is an invitation for everybody to enter the dimension of art and it is connected to the basic ideas of this project: openness, sharing, and dialogue. The exhibitions are hosted in a 700-square-meter oval-shaped hall: «The spaces are neutral and interchangeable so that, from time to time, they can be adapted to different projects» — Pier Paolo Pancotto, the curator of La Fondazione, explains, «Almost all the rooms are devoted to exhibitions, just few of them are offices. These can be converted into artistic programming if necessary. Creativity, in all its semantic nuances, is the real protagonist of La Fondazione».

La Fondazione Rome is a non-profit space conceived to develop an unprecedented knowledge and reflection on contemporary art, promoted by Fondazione Nicola del Roscio. The schedule involves the production of original exhibitions by internationally acclaimed artists, rarely present in the Italian art shows. This program, originating from the direct relationship with the selected authors, has a curatorial implant and an experimental personality. Each exhibition is the result of an intense dialogue between the artists and the curator developing over time and it takes shape and it is shown to the public only at the very moment of its complete maturation. Therefore, all the projects are conceived exclusively by and for La Fondazione.

In Pancotto’s opinion: «The objectives of the institution are a sort of third way where we can trace new paths on the modalities of presentation and fruition of contemporary art. We want our artists to feel free to imagine and give shape to their projects without being submitted to the logic of a museum or of a gallery. For this reason, the exhibitions are not isolated episodes but chapters of a single story we hope will lead to unprecedented perspectives over time, in order to enrich our skills, understand and associate the languages of contemporary creativity».

The history of  La Fondazione began with the exhibition of Geta Brătescu, Adrian Ghenie, Ciprian Mureșan e Șerban Savu in September 2019; the project room was given to Mateusz Chorobski. At the beginning of 2020, the Piero Golia exhibition in the central space and the Radu Oreian one in the project room were inaugurated.

«In my opinion, the choice of the artists comes from the love, esteem and admiration for their work. This means following the heart and not the head– Pancotto is keen to say. With Adrian Ghenie, Ciprian Mureşan e Şerban Savu, for example, I had the luck to collaborate in the past. It was like getting together. Creating a dialogue between their work and Geta Brӑtescu, by pointing out their analogies and similarities, was to me like a dream come true. The same is for Piero Golia: his project for La Fondazione ideally completed the one begun together in Villa Medici some years ago».

The exhibitions presented at La Fondazione Rome originate from an invitation addressed to different protagonists of the International scene with the objective to discuss, live, and get lost in the urban space. Experimenting both the physical space of the Institution and the atmosphere of Rome are the basic requirements to begin production of original exhibition projects, made on purpose for La Fondazione.

The artists, rarely seen in Rome or in Italy, sometimes at their first personal experience in an Italian institution, are protagonists of the international scene; they are invited to take possession of the place, letting be inspired by the atmosphere of Rome and the space of La Fondazione Rome. «As usual, it alternates exciting with less happy moments» — Pancotto replies to the question about the current state of the Capital from an artistic point of view. «I hope we will have soon the first back, they have been missing for such a long time; as well as its strengths, at the moment hidden by its weaknesses».