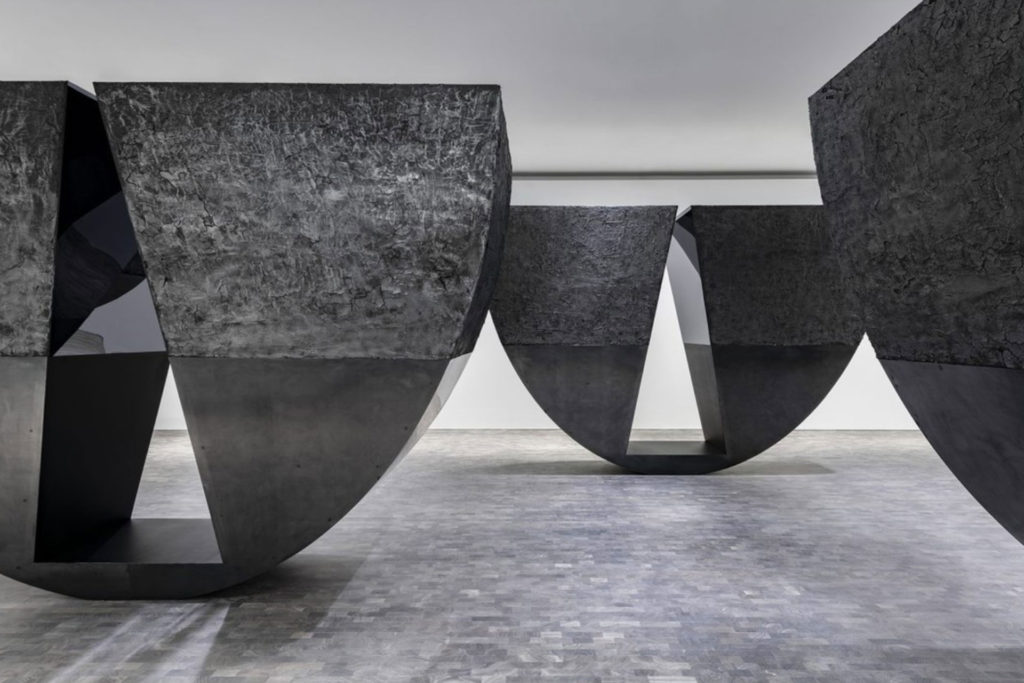 Can the arts raise awareness and tackle social issues? The Verbier Art Summit, a non-profit organization aiming to empower the art system as an actor of social change, believes so. Since 2017, the Summit has brought together thinkers, curators, artists, academics and activists to kick-off debates and discussion on social matters, generating new ideas to address and potentially solve them.

Verbier is famous for being one of the premier ski resorts in the world. It is a paradise for practicing outdoors sports and enjoying quality time in luxurious chalets. Verbier is also a place where the mountains meet culture. Its summer music festival, the Verbier Art Summit, is a must-go appointment for classical music lovers. «You might not think of a town in the mountains as the prime location where to launch an arts festival», says current Summit curator Jessica Morgan. «Yet a small place like Verbier, with people making the most of its environment, encourages participation to talks, conversations and symposia in an intimate environment. As a consequence, the Verbier Art Summit has proven that culture can flourish in unexpected, almost hidden locations».

The inception of the Art Summit

The idea of the Verbier Art Summit was born in the winter of 2013, when its founder Anneliek Sijbrandij moved to Verbier from London. Considering the success of the music Festival and the abundance of art collectors in the village, she started dreaming of an annual art event that could promote new visions. German art curator Beatrix Ruf was on board since 2014, when the Summit started taking shape through the creation of a Board of Advisors.

In 2017, together with the curatorial team of the Amsterdam Stedelijk Museum she was directing at the time, Ruf launched the first Summit with a series of conversations with international speakers. Included were architect Rem Koolhaas, artist Tino Sehgal, and philosopher Cissie Fu, who discussed the expansion, transformations, and challenges of the twenty-first century museum. «Annelie’s idea was to invite different museum directors to curate each edition», Morgan explains.

At the time director of the Moderna Museet Stockholm, Daniel Birnbaum was called to curate the 2018 Verbier Art Summit. This edition addressed the impact of technologies on art, culture, economy, and the environment. The Summit also hosted speakers including the MoMA curator Michelle Kuo, the Frankfurt Museum für Moderne Kunst director Susanne Pfeffer and the artist Olafur Eliasson, who discussed his practice of combining natural elements and technical devices to transform museums and public areas into immersive environments. (See his recent installation at the Fondation Beyeler, Basel).

The 2019 edition was curated by Jochen Volz, the Director of the Pinacoteca de Sao Paulo, Brazil, and explored the political power of art. On the occasion, artist Tania Bruguera discussed the language of politics and power in her work. Tate director Maria Balshaw addressed how the museum can act as a space where contradictory, ambivalent views can emerge.

Jessica Morgan has been directing the New York’s Dia Art Foundation since 2015. She was called to curate the Verbier Art Summit in 2020. Titled Resource Hungry, that year’s edition shifted attention to hot topics such as land and landscape preservation, and ecology. «Times of crisis such as the present ones have shown the urgent need for the cultural sphere to rethink its values; to ideate systems allowing us to find new ways of operating. It is the right time now for artists, designers, architects and intellectuals to start thinking in which way they can contribute to the conversation on social matters». Morgan thus invited a range of speakers from different cultural backgrounds.

The artist Joan Jonas opened the Summit by showing how her work addresses the dangers of climate change and the deriving risks of extinction. Architects Adrian Lahoud and Philippe Rahm underlined the necessity for architecture to redefine its language and encouraged to think about the environment from sustainable perspectives. «I invited Andrea Bowers, an artist whose videos, drawings, installations have dealt with climate change and deforestation. She shared with us her experience in collaborating with activists, proving the importance of working with local communities as a concrete step to stopping environmental degradation». The Summit’s 2021 edition continued in the footsteps of the previous years. «This year we wondered how we could evolve the questions posed during the previous Summit, understanding the possibility of reassessing the spaces, habits, structures, and systems of culture».

Morgan’s involvement as the Verbier Summit curator aligns with her curatorial vision at Dia. «The Foundation’s commitment to ecology and sustainability has been a priority since the beginning, when Dia was founded in dismissed and renovated 1930s industrial buildings. Its collection includes several works of land art, yet Dia is known for not owning land. It is driven by ideas of longevity and permanence. We work on long-term projects that allow us to avoid the waste that derives from creating installations and shipping artworks. Our vision is about lessening the use and the waste of resources». The 2022 Verbier Art Summit – happening this coming February 11-12 – will be the third edition of Resource Hungry. «It is going to be a collaborative edition, with previous Summit curators participating», Morgan continues.

Beatrix Ruf will reassess the theme she chose in 2017, (De)Growth in Times of Climate Crisis, by conversing with the artist Torkwase Dyson and Professor Louise O. Fresco, an expert in the field of sustainable agriculture. Daniel Birnbaum will be in dialogue with the artist Simon Denny and Tobias Rees to continue the debate on Sustainability in the Digital Age he launched in 2018.

Jochen Volz will converse with Indigenous filmmaker, journalist, and activist Olinda Tupinambá, and with Indigenous leader Ailton Krenak. «This year I will be in conversation with Anneliek Sijbrandij to bring to a close the Resource Hungry debate. Participants will be able to interact with us through a live Q&A. We are confident that the Summit’s online format will allow us to reach a higher number of people from the world over. Among the benefits of operating online there is also the possibility to create a permanent archive of material that can be enjoyed by the public from wherever, at any time».

The annual Verbier Art Summit connects thought leaders to key figures in the art world and creates a platform for discourse, innovation and change.