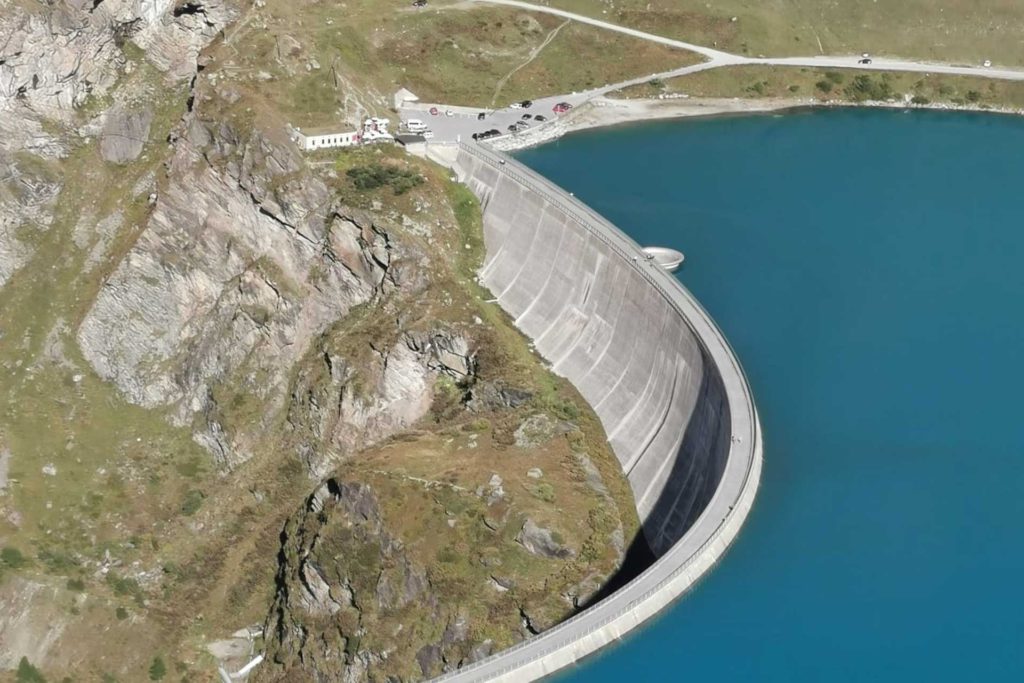 Hydropower: the ancient source is alive thanks to many carbon offset projects

Over 300 carbon offset projects in the Verra Registry; after the Clean Development Mechanism (Kyoto Protocol), supported more than 2000 hydropower projects

Hydropower uses the force of moving water to produce mechanical energy used to power machinery or make electricity. In hydroelectric facilities, the kinetic energy of falling or fast-running water from streams and rivers that flow from hills. Mountains converts into electricity through turbines and generators. Above all, as the source of hydroelectric power is water. A renewable resource supplied by a recharging system. The water cycle, hydropower is a type of renewable energy.

Between 2018 and 2030, renewable capacity additions have to increase by over 300 gigawatts (GW). On average each year to reach the 2015 Sustainable Development Goals (SDGs). Thus adopted by all the United Nations member states and the Paris Agreement target. According to the International Energy Agency (IEA) ‘s sustainable development scenario. Hydropower supplies fifteen percent of global electricity and seventy-one percent of the global total renewable energy.

Making it the world’s leading renewable energy source for electricity generation. Thus, in 2016, hydropower projects made up twenty-seven percent of the emission-reduction projects. Registered under the Kyoto Protocol’s Clean Development Mechanism (CDM). In May 2021, over 1700 hydropower carbon offset projects like the Hasang Hydro Electric Power Plant in Indonesia. Thus Dariali Hydroelectric Power Project in Georgia are present in the CDM portfolio. Over 300 hydropower carbon offset projects are registered in the Verra Registry. Over 100 are listed in the Gold Standard Registry.

The waterwheel is the first recorded form of hydropower. In fact, it’s a mechanical device that utilizes a set of paddles to tap the energy of running or falling water. Water-powered mills and waterwheels were used in the 4th century BC in West Asia; and in the first century BC in the Roman Empire as recorded by the Roman author, architect, and engineer Vitruvius. Similarly, Han dynasty scholar Shi You mentioned the water-powered trip hammer; in his Han dictionary and primer ‘Jijiupian’ in circa 40 BCE.

During the Islamic Golden Age (8th-14th century AD), Muslim engineers like Ismail al-Jazari designed saqiyas; and the norias that contributed to the Arab Agricultural Revolution (8th- 13th century AD); channeling water for irrigation and city water supplies. The Norias of Hama, located along the Orontes River in the city of Hama in Syria; and built during the medieval Islamic period, survived to the present times. The Norias have fallen into disrepair during the Syrian civil war, and in 2020, restoration work started.

In 1837, French inventor Benoit Fourneyron developed a 60 horsepower water turbine. In 1895, Fourneyron turbines were installed on the American side of Niagara Falls. British-American engineer James Bicheno Francis invented the Francis turbine. Therefore, reaction turbine that combines radial and axial flow concepts and the most widely-used water turbine in the world today. In conclusion, the first USA hydroelectric power plant to sell electricity, the Eagle Creek’s Appleton power station; began operation in September 1882 along the Fox River in Appleton, Wisconsin.

In hydroelectric plants, the water flows through a penstock and pushes the blades in a turbine. As a consequence, this cause them to turn. After that, he shaft from the turbine activates an electric generator, the motor that produces electricity. The electricity is carried to cities, buildings, and homes through the long-distance electric power lines connected to the generator. In fact, the volume of the water moving through the system and the change in elevation influence the amount of electricity; generated by a hydroelectric plant. Afer that, the global installed capacity of renewable power in 2019 amounted to about two-point-six terawatts; of which around one-point-fifteen came from hydropower. Around the world, about 500 GW of hydropower installed capacity were added between 2000 and 2017.

In the world, Brazil, Canada, China, and Russia, the United States are the five chief hydropower producers. Thus, in the United States, hydroelectricity made up thirty-seven of the total utility-scale renewable electricity generation; and seven-point-three percent of the whole utility-scale electricity generation in 2020. In other words, 1,450 conventional and forty pumped-storage hydropower are operating in the United States. The majority of US hydroelectricity is generated at facilities located on major rivers. Therefore, the Grand Coulee hydro dam, a power facility on the Columbia River with 6,765 MW of total generation capacity; making it the largest US electric power plant in generation capacity.

According to Hydropower Europe, in an average hydrological year; the yearly production of hydropower amounts to almost 650 TWh. Around sixty-five percent of the economically feasible hydropower potential within the EU27 countries and Turkey. Thus, the total installed capacity, including pumped storage in Europe in 2019, amounted to 251,405 MW. Since 2011, in Europe, the installed capacity in MW under construction has been decreasing. Low investment levels result from the significant production capacity in Europe. In conclusion, the subsidies given to other typologies of renewable energy; the negligible cost of CO2 certificates, and the inexpensive cost of electricity on the European market.

«The majority of the hydropower plants are located in water-rich areas with steep topography. In Europe, there are a significant number of power plants in Scandinavia and the Alps. Others are located on major rivers like the Rhine and the Danube. Firstly, the majority of the construction of new power plants is taking place in Southern Europe. There, the water is needed for energy production, irrigation, and drought protection, and in the Balkan countries. The European hydropower industry is not focusing on building new facilities. But rather on increasing the generation flexibility of existing hydropower plants to give a prompt response to peak energy demands. Facilities can carry out these improvements by utilizing innovative hydro-mechanical equipment and increasing storage». Says Anton J. Schleiss, professor emeritus at École Polytechnique Fédérale de Lausanne (EPFL) and coordinator of the EU Horizon 2020 project ‘Hydropower Europe’.

According to estimates elaborated by The International Energy Agency (IEA), by 2040, Southeast Asia’s electricity consumption will double. In recent years, East Asia and the Pacific region have experienced a growth; in economic prominence and a rise in incomes. Moreover, this caused an increase in energy demand. Since 2000 the countries of the Association of Southeast Asian Nations (ASEAN); have experienced a six percent growth in electricity consumption. Since the beginning of the century, hydropower output in Southeast Asia has quadrupled. China is the world’s largest producer of hydroelectricity. The International Hydropower Association (IHA)’s 2020 Hydropower Status Report, states that in 2019 China’s installed hydropower capacity was 356 GW. To conclude, the estimation of the country’s total hydropower potential is at up to 600 GW.

The Three Gorges hydroelectric gravity dam located on the Yangtze River in the Hubei province in central China. It is the world’s largest power station for installed capacity (22,500 MW). However, the term carbon offset refers to a reduction in greenhouse gas (GHG) emissions; or an increase in carbon storage that counterbalances GHG emissions occurring elsewhere. Firtsly, carbon credits are direct investments in the low-carbon economy.

Secondly, they are transferable instruments certified by either independent certification bodies or governments. As a consequence, the measure is in metric tons of Carbon dioxide or a comparable amount of other GHGs. By retiring a carbon credit, the purchaser can count it towards achieving their GHG reduction goals. International or governmental regulatory bodies and independent non-governmental organizations (NGOs) can oversee carbon offset programs. As a result, the Clean Development Mechanism (CDM) and the California Compliance Offset Program are compliance carbon offset programs; that the governmental bodies run.

As renewable energy development projects, hydropower projects can offer carbon offset credits. By 2016, The Clean Development Mechanism (CDM). Furthermore, established under the Kyoto Protocol, contributed to financing more than 2000 hydropower carbon offsetting projects. These projects make up more than thirty percent of the energy industries’ CDM projects. Ninety-six of the hydropower carbon offsetting projects present on the Verra Registry are located in China. Like the Yunnan Sinanjiang Hydropower Project. A grid-connected hydropower generation project in the territory of Naha Town in the Yunnan Province on the Sinanjiang river.

The facility has a capacity of 201MW and designed to deliver to the grid 825.6 GWh per year. For instance, the Yunnan Sinanjiang Hydropower Project provides the electricity it generates to the China Southern Power Grid (CSPG). It displace an equal amount of electricity; generated by the CSPG through fossil fuel, achieving emission reductions equivalent to 696,245 tCO2e per year. «By definition, hydropower is a renewable type of energy, as in principle, it thus results in no direct emissions of CO2. It is adaptable to the demand, has an efficiency of between eighty to ninety percent; and an excellent energy gain or energy pay-back. During its technical life of between fifty to eighty years; a pumped storage power plant generates between 200 to 300 times the energy needed to build it».

Prof. Dr. Anton J. Schleiss further explains «In fact, when they build a reservoir or a dam, it impacts the surrounding landscape and river. This modifies the flow regime and diverting water. In fact, the presence of a conspicuous residual flow; the quantity of water that the plant doesn’t utilize, causes a decrease in energy production. A current industry trend is decreasing hydro-picking, which is favorable for the fishes and can require a significant investment. To conclude, the challenge is to achieve a synergy. Further. allowing the industry to mitigate its negative environmental impact as much as possible».

Graduated in Civil Engineering and obtained a PhD from ETH in Zurich. For instance, from 2015 to 2018, Prof. Dr Anton J. Schleiss was president of the International Commission on Large Dams (ICOLD). He is the coordinator of the EU Horizon 2020 project ‘Hydropower Europe’.