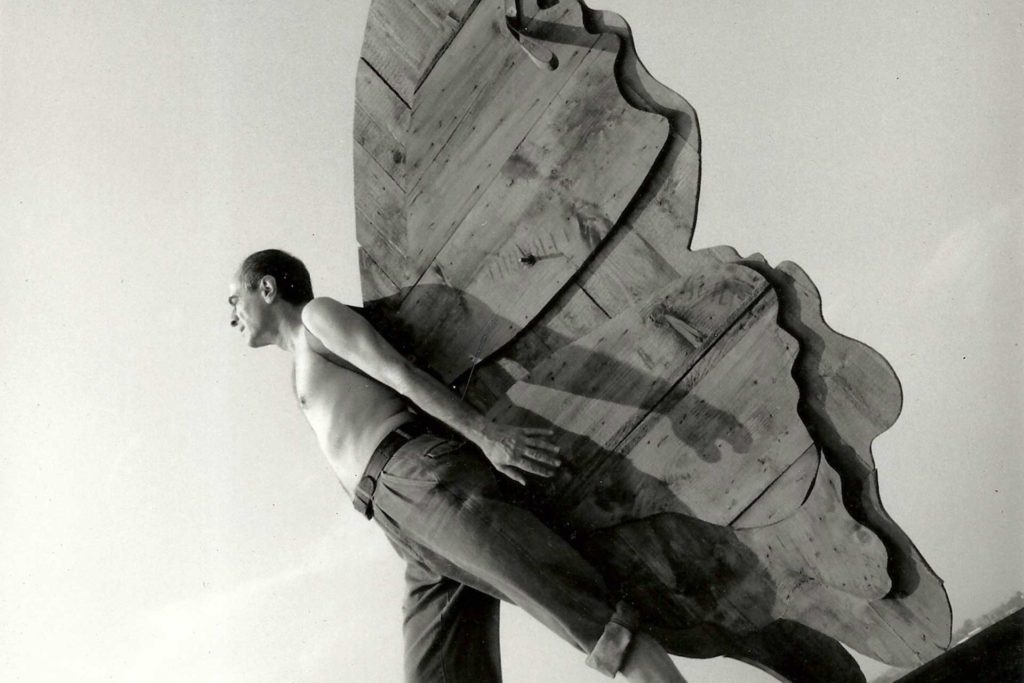 From Zanzibar experience to Zawadi Studio, the artistic approach of Vivide Mantero

The collection and reconditioning of materials recovered in Zanzibar and Portugal are the basis of the photographic, sculptural and design productions of Zawadi Studio

Vivide Mantero, from the beginning of photographic profession

Vivide Mantero’s passion for photography from a young age starts with her studies in the field at the European Institute of Design in Rome. From there, her work began to get positive feedback, especially among the sector’s newspapers. This aspect contributes to her continuing this profession over the years, with particular attention to the study of portraiture. Her introspection and inquiry about the people and characters she met also played a role in the artistic process of one of his works, which included portraits of people from Gianni Versace to Alberto Moravia, from Beppe Modenese to Vittorio Sgarbi.

What will you do when you grow up?

This is the initiative of the book, ‘What will you do when you grow up?’, created to collect a series of thirty-six men, institutional representatives, or professionals in the most diverse fields; trying to reveal what their secret dream was when they were children. These were Italian men who had to identify with the role they had imagined as children. Often very far from the one they were playing. Through a dreamlike and amusing representation, the characters belonging to the world of art, politics, journalism, and fashion rediscovered themselves in photography; and recreated environments related to what they had expressed and told. A photographic rendering goes beyond the fear and shame of expressing oneself; and opens up those who have accepted this challenge. Each photo came with a caption written by the protagonist explaining why he had made this choice.

The move to Zanzibar represented a crucial moment for the evolution of Mantero’s career and her own life. The country was different in the ways of life than where the photographer was born and raised, differing in culture and belief in the Muslim religion. «I was a woman on my own, seen with a certain diffidence, but this made me know a life far from the comforts, the comforts in which I had always lived, making me perceive the things significant for me. It taught me tolerance, patience, a way of seeing the path of life differently», recounts Mantero. The change influenced photography. The characters portrayed remained within a context and with an oneiric spirit, capable of digging inside the characters trying to detach themselves from the idea of African people with their problems and difficulties.

The representation wanted to highlight a positive aspect of these people, far from the idea of Africa as portrayed through sadness, death, disease, suffering, and poverty. Moving away from habits and traditions to reveal their intimate and cheerful face. This easily succeeded given the attitude of the Zanzibarians towards tolerance, forbearance for life, pointing out the essential things beyond our civilization, frenzy and competition. The inspiration of the place, evident in the nature represented by Mantero; within her photography: the plants, the sea, the sand, the colors.

The Biennial of Modern Art in Dar es Salaam

Here in the photographic field, she participated in various experiences, such as the Biennial of Modern Art in Dar es Salaam with a project combining photographic and sculptural souls. The project presented on this occasion called Percorsi Inversi (Inverse Paths) was an installation of four works, two photos, and two sculptures. The work starts from the end, from the moment of return represented through a photo that depicts a man carrying a palm tree on his shoulders, and it symbolizes the return after the end of life as an angel. Then there is birth, represented by a man emerging from a cocoon made of iron that looks almost like a seed. Then the passage is a pregnant woman contemplating her swollen belly with her hands. The end represents the iron sculpture of a tsunami with an eye of God in the background.

During the photographic period in Zanzibar, Mantero also took on the challenge of wanting to shoot in black and white, thus avoiding using the colors that the nature of the place offered. Through black and white, Mantero offers her idea of drama and depth rather than color.

The monochromatism of grays and blacks avoid distraction by colors, making the photographic investigation more psychological, working on the gaze and focus of the character. Mantero sought the contrast between the drama of monochromatism and something usually told in its sad version of Africa, presenting it instead in its positive meaning. From the beginning, Mantero was linked to black and white when digital was not used, where she developed her analogic photos.

The goal of the projects and photographs taken in Zanzibar was to give a chance for redemption. This opportunity relied on individuals to express themselves and be seen as people who are not often portrayed in those environments. An example of this is the project Angels, never finished, which portrayed women and men in the place of a brothel. Mantero explains that prostitution is widespread in these places, with all the dangers that follow, most of all in terms of health. In an environment where the body is the essential element, Mantero focused on the personal stories the photographed characters told her, trying to bring out their inner selves, expectations about the future, and life beyond that place.

Iron in its facets

Almost as a consequence of her photographic journey, Mantero developed her exploration of sculpture. Taking as her inspiration the features of Africa that surrounded her. A sculpture not limited in its function; and proposed as a potential design object is the case of a palm tree; created in iron and later given to the embassy in Dar es Salaam, explains the artist. «I find that there is too much difference between art and design; in my opinion, everything can be art as long as it is pleasing to the eye and can convey emotions. I don’t feel like relegating art to something more precious than creating a piece of furniture that is unique».

In addition to her father’s ironworking tradition, Mantero observed how iron in Zanzibar came to life; in such an extreme climate with high humidity, salt, sun, rain. «Like the sea of Zanzibar that being so subject to the tides changes color continuously. It starts from white then becomes yellow, terracotta, brown, green, turquoise. I could see the iron leaving slabs of this exposed. And that’s why I found it a particularly alive material», states Mantero.

In this sense, it contrasts the hardness and coldness often attributed to this material; with the characteristic of malleability and personal changeability from within. The works rusted on purpose, or in any case to change over time. Then stopped when the artist believed they had reached their fullness by observing them daily. She explains that the works were quite malleable. She tells of a work that had taken on a different color in three days thanks to the oxide, salt, and humidity.

As far as the working of the material is concerned, it was difficult in the beginning. Processing iron requires a lot of strength, which that’s why Mantero was helped with the craft; while she was mainly dedicated to the design. As the workshop grew, machinery was introduced to facilitate the technical aspects such as cutting. But the works remained tied to the concept of handmade and artisanal.

Zawadi Studio, the essence and development

The three souls of photographer, designer and sculptor were combined when Mantero moved to Portugal to create Zawadi Studio; Zawadi means ‘gift’ in Swahili. «How can I reconcile these three realities? It’s a difficult question for me to find an answer to, even if these activities seem detached. Inside me, I don’t see this distinction between doing interior design, a sculpture or a photo; that is not a symptom of not knowing what you want in life. The things are extremely connected», states Mantero. Mantero tries to position herself beyond the sectorization of the work as a creative. Perhaps this attitude has hurt her job because, she has changed focus concerning the career. But this was not her purpose. Zawadi studio was born from the hybridization of these areas; the concept of iron has developed and evolved with the desire to mix different materials and stories.

The continuity of Mantero’s work in photography can be found in her move to Portugal. A European city but far enough away from the frenetic environments of the continent; and former colonizer of Zanzibar, through the creation of this studio. Mantero decided to design this sort of container by taking away parts of her own house; and pieces of objects found on-site, such as antique doors, an exciting heritage for Zanzibar. In this context, these recovered objects are mixed with iron to make them suitable and practical for European life.

The specificity of a piece is that each tells its own story; through a kind of emotional certificate. «In the creations, I have to put at least one nail that I found in Zanzibar. A tile, a lock, a door profile, a staircase. The common thread in all the works is that each piece must carry with it a bit of Zanzibar history; because I owe so much to this place», explains Mantero. The foundation of this studio is the philosophy of simplicity and character, functionality, and social consciousness.

Mantero is a photographer, sculptor, and designer. She graduated in biology and decided to follow her passion for photography by graduating from the IED in Rome. Later she moved to Zanzibar, also developing a specific sensitivity for sculpture. In Portugal, she founded the Zawadi Studio that allows her to combine these three professions and passions.