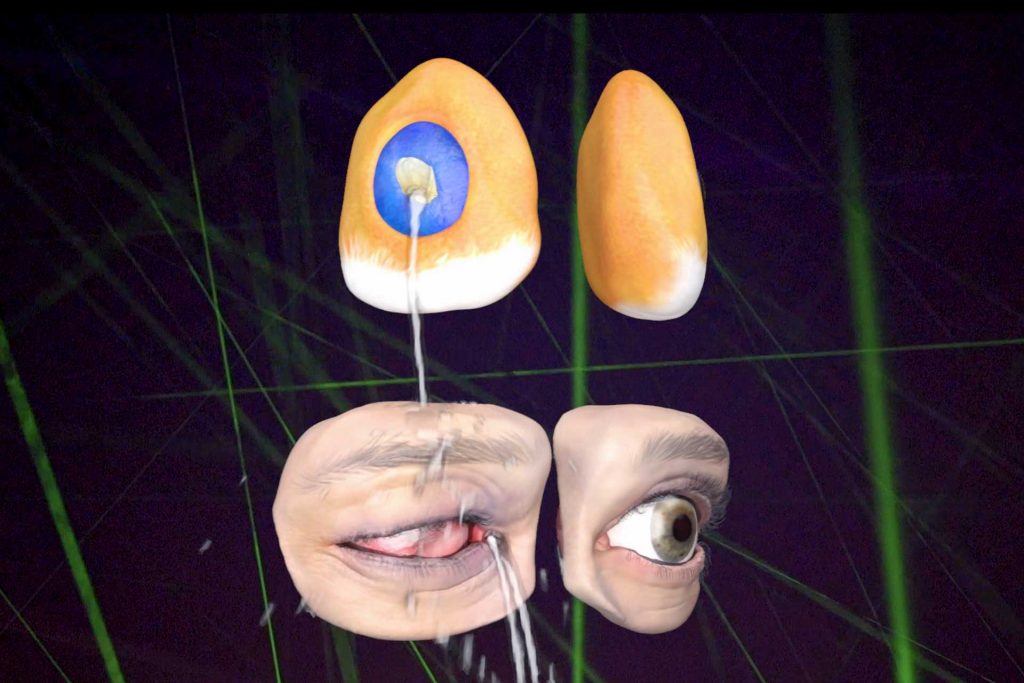 Founded as VideoFilmFest in the context of Berlinale’s International Forum of New Cinema in 1988, the festival takes notion of the possibility of refusal, drawing a vision of hope

Transmediale is an art and digital festival held in Berlin that takes place each year. The festival reflects on the transformation of culture from a post-digital perspective, bringing together artists, researchers, activists and thinkers from around the globe with the interest of creating insight into the era of technology, through genres and curatorial approaches. Founded as VideoFilmFest in the context of Berlinale’s International Forum of New Cinema in 1988, the event has adapted a dialogue in the arts and digital culture.

Transmediale’s artistic director is Nora O Murchú. In the process of completing her PHD, she gained experience in the realm through participating in a festival called Tweak, in Ireland. The electronic digital art and music show travelled the city of Lenmark, showcasing exhibitions, workshops, symposiums and musical gigs. «I was looking at methods of curation in a design context, thinking of ways design practices can be facilitated versus instructed. It was through meeting people in open-sourced communities that I found my inspiration for the development of the festival». This led to her curating exhibitions over Europe and the United States of America, allowing her the position with transmediale. The transmediale festival started as an assembly of individuals whose practices were engaged in analogue as opposed to digital formats. Integrated in a socio-political discourse, transmediale is a reflection of the space in which technology occupies socio-political discourse. In the Nineties, there was access to transmediale in modesty. From 2008, its narrative transformed and the idea of post-digital emerged. «Making space for comprehension through workshops, exhibitions and symposiums is how we provide artists and theoretical perspectives to a form of what digital culture is and how it is critiqued».

Iterations of the festival have taken place through a reflection of society. Growing in the midst of technology, the event focuses on digital practices explored through artistic, practical and activists’ concerns. The festival is held over a four-day period in the month of January followed by its online journal and year long projects. Due to complications from the coronavirus pandemic, the festival cannot take place in the format it once did. An alternate conception has been put in place that will consist of two components to the event. The festival, titled for refusal will become a yearlong event opening in January. The festival takes on the possibility of refusal, drawing a vision of hope. With an exhibition across two venues in Berlin and an extended film program at the transmediale studio. The first segment is a film installation as part of the screening and conversation can be expected here. It is designed to be a format that resides between discourse and screening. «This format is a series of film screenings and artist exchanges that alternate every month. The concept behind this is to link it to the events which will take place in the summer». A summer residency program will be initiated for a group of fifteen people. Transmediale will host a cinema on a rooftop terrace in Berlin. The event will portray a week of film panels, to which the teams are planning to instill a second induction with Irish artist, Jennifer Meegan in a performance atmosphere held in the festival’s studio space. The second aspect of the show is the digital program. There will be no timetable of live streaming but pieces of pre-recorded art works and audio. «We aspire to present that which will be paced for people’s capacity of engagement». The studio space will be located at Silent Green in Wedding.

The idea within the theme is to prove refusal has possibilities. Showcasing artists like Danielle Brathwaite-Shirley, who design computer games and experiences of interaction which question the surveillance placed on a community. Bassam Al-Sabah, an Irish artist, reclaims his memories over a selection of film, a series of rugs and paintings of his family that once belonged to his grandmother. «In the film, a 3D construction of his childhood home is visible. Digital images begin to escape from objects in the house as the camera moves. The film conveys how memory deals with the realization of war and destruction. It is a form of resistance within his imagination». Displaying how people refuse articles, «Sofia Sezar’s work takes on the boundaries between work and play. Critiquing the presence of isolation and exhaustion caused by the effects of technology. Her video displays herself in work-vacation venues to portray an embodiment of exhaustion meant to interrupt her». Facilitating outcomes of refusal, the festival will display the significance of those who are driven to refusal and those who refuse frivolously. Looking to refuse from an infrastructural point of view, the festival provides a platform that responds to the conditions of the pandemic and offers support for artists through engagement with the arts. «We are considering the methods people use to approach practices, generating a platform that is able to dissect a project at moments in time. Projects in the exhibition are complete, while those exist which are in the midst of being created. New Zealand film maker, Sam Hamilton is working on a scheme that will be shown in a film screening in 2022, allowing us to portray previews of his working process in the lead up to the festival in 2021».

Transmediale accelerates publications and year-round activities which include commissions and artistic residencies. The online journal has been ongoing for eight years and was established by the director who has now been replaced by O Murchú. The journal consists of conversations, reflections and debates. Providing the reader with interviews, contributors and essays, the platform explores themes in the art and digital realm as an extension to the event. Transmediale has a collaboration with its sister festival CTM. The German Federal Cultural Foundation has supported transmediale as a cultural institution since 2004. Exploring avenues, the festival endures commissions. There will be two residents in the exhibition. Bassem Saad, based in Beirut is an artist and writer trained in architecture. Through video and sculpture, he explores artefacts which investigate procedures for reversing ascendancy systems. Natasha Tontey, based in Yogyakarata, Indonesia is an artist and graphic designer who explores the hypothesis of fiction surrounding the fear related to the outcome of the future. «Their work is presented in the exhibition for the first time as a result of a collaboration with the Martin Rob Institute». January will correspondingly see the launch of digital commissions with Helen Pritchard and Winnie Soon.

The transmediale festival has released a trailer which announces each year’s theme. The 2021 festival trailer is set to be announced. The members of transmediale have determined that their newsletter, which is released to members of the community and press, with an engagement online through Twitter is sufficient public relation. «As the coronavirus outbreak hit the world, we compiled a risk assessment to evaluate the outcomes in order to plan events. We have shifted our focus to create experiences in which people are able to be involved. In doing this, we have made it a priority that procedures are put in place to ensure the safety of our artists, team members, commissioners and audiences».