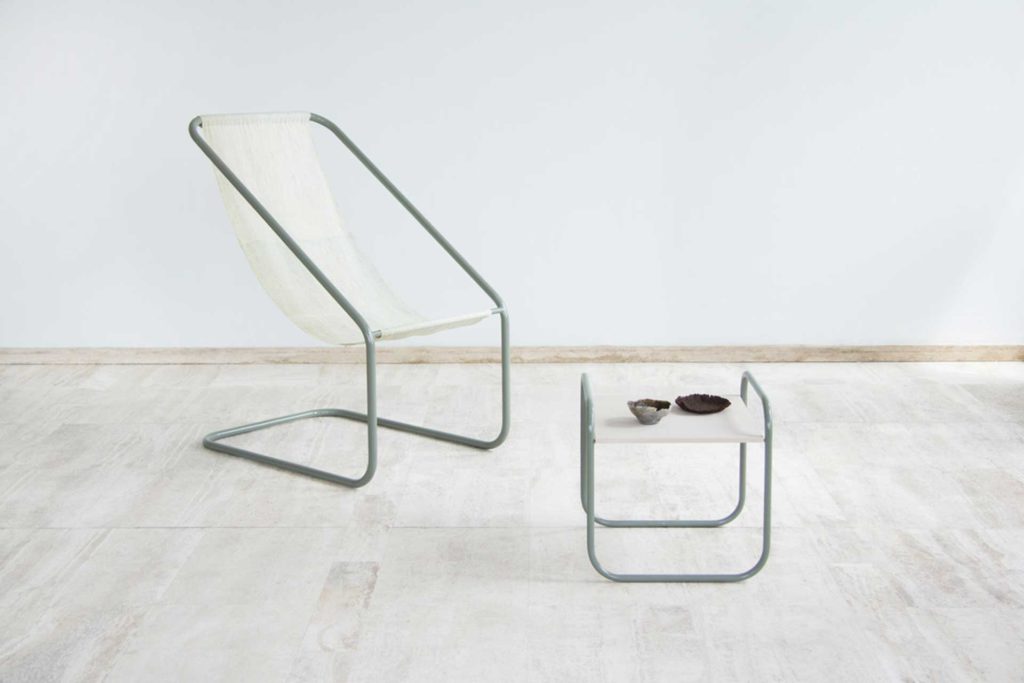 If abundant, seaweed can create all sorts of problems for the environment. Zeefier has come up with a solution which tackles both that problem as well as eliminating synthetic dyes

Synthetic chemical dyes are just one of the multiple sustainable issues which the fashion industry faces. As more and more innovations are coming through to find solutions for climate change, so are natural and plant-based dyes. There are many dyes which have been developed from mother nature but one which still needs to be researched on is seaweed.

The seaweed industry is growing, with more and more farms providing them to industries such as the cosmetics and agricultural. Although this may not seem like it can have a massive impact on the environment, the sheer amount of seaweed has been steadily increasing in companies’ waste streams. Zeefier is a brand based in the Netherlands which recently launched at this year’s Dutch Design Week. They develop natural dyes out of seaweed waste streams.

The benefits of seaweed

Creative co-founder, Nienke Hoogvliet, explains that one of the biggest issues with synthetic dyes is that they aren’t biodegradable and from the factories, they go straight to the ocean through different bodies of water. «It sounds like a such distant problem but it effects all of us now».

Where synthetic dyes have disadvantages, seaweed has the advantages: it can grow fast, some even up to thirty centimeters per day; it produces even more oxygen than trees; it doesn’t need fresh water to grow which «if you compare that to all the water that is now being used for textiles, that is a huge benefit». It also doesn’t need additional pesticides or chemicals to grow.

Harvesting the seaweed to use as a raw material for developing the dye can come from various sources. Zeefier focuses on seaweed waste streams which is essentially killing two birds with one stone. «The seaweed industry is growing a lot so the waste streams are also growing a lot. A lot of companies use seaweed for other materials but they often don’t use the pigments. That’s where we come in», explains Hoogvliet.

Using materials which have already gone through processes can help with its circularity in the environment. When it comes to harvesting the seaweed directly from the ocean, there are ways to do it which don’t harm the ecosystem. Seaweed and kelp can grow extremely tall, with the Giant Kelp reaching up to sixty meters.

Harvesting these plants doesn’t necessarily meaning removing it entirely from the sea floor. People can actually harvest it by simply cutting off the top part without disturbing the ecosystem happening below. Seagriculture is a term which describes agricultural practices within bodies of water, such as the ocean.

It is a phenomenon which they are trying to avoid to leave the natural environment unaffected by human intervention. However, there are some cases in which removing seaweed from bodies of water can be beneficial to the environment. As agricultural practices continue to use pesticides and nutrients, the residue gets washed into lakes and rivers which end up in the ocean.

When excessive nutrients are released into the body of water, eutrophication takes place and it sets off a chain reaction. Once the algae decomposes, it produces an abundance of carbon dioxide, lowering the pH of the water and creating a phenomenon called ocean acidification. This acidification then leads to less production of fish, shellfish and overall wildlife formation.

Removing the excess algae to avoid this helps in maintaining a controlled and safe ecosystem, not just for the animals but for humans too. «We also collaborate with the Dutch Municipality where we clean the beaches from the seaweed because they start to smell and it’s not very nice for recreation. Normally, they take them off the beach and then burn it but now we get the seaweed and turn it into dye», describes Hoogvliet.

Regarding the process of transforming the seaweed into dye, «the artisanal process it is very much like dyeing with plants». Zeefier is currently getting a patent for their recipe but there are general ways in which pigment is extracted from plants. For example, boiling the plant to get colored water and dyeing the fabric is one way to do it at home. It may seem like seaweed offers limited shades of color, but according to Hoogvliet, she has tested around fifty species which have all given varying hues.

This depends on the the type of seaweed as well as the recipe of extraction and pre-treatment. There are three main categories of color: green, brown and red. «At the moment, we aren’t yet able to make the red species actually red because it is still heat sensitive. When you heat them over thirty degrees, they turn yellow».

The colors which can be obtained range from dark greens to pale yellows, light pinks to murky browns. «It’s quite ironic but the only color we can’t obtain from the seaweed is blue even though it comes from the ocean», Hoogvliet admits. «Maybe we will find another species or waste stream which will make it possible to dye blue».

There is this a slight misconception that all natural plant dyes are always more sustainable than synthetic dyes. When creating any type of dye commercially, there is an element which is necessary to bind the dye with the textile, fixing it in place for longer. This is called a mordant and can still be chemically-based even in plant dyes. Brands who put ethic and transparency at the forefront of their production search for natural mordants which aren’t toxic and are usually plant or mineral based.

Others solely mention that their dyes are plant-based, without detailing what mordant is used, a type of misinformation which can lead to greenwashing. Zeefier produces dyes which are one-hundred percent biodegradable. They function within a business-to-business market where they either directly sell the dyes to clients or they collaborate with them and dye their fabrics for them.

Although they produce everything with sustainability in mind, Hoogvliet does admit that energy is still needed in the production. Developing the process would lead to more sustainable ways of producing such dyes which would also be more productive. «The difficulty is always finding funding because it’s such a new», she explains. «We hope we can get the costs to a normal natural dye cost. At the moment it is still expensive».

What it would mean to only use natural dyes

A consequence of Zeefier’s development in this particular seaweed dye is that it can only be used on natural materials such as cotton, linen, wool and silk. The dye would not bind with synthetic textiles such as nylon and polyester. «It’s a benefit that we can’t dye synthetic materials because it’s an incentive to stop using these materials which are bad for the environment», Hoogvliet points out. Of course, this may seem like an obvious solution to making fashion more sustainable, but producing the necessary amount of natural dye needed to meet the demand of society can be just as damaging to the environment.

Before upscaling such solutions to try and meet the current requirements, something needs to be done about the root problem: overconsumption. Currently, «we would need so many plants to dye everything and that creates problems on its own», explains Hoogvliet. «If we were to consume in a normal way where we didn’t buy so many clothes, then maybe it would be possible». Solely developing natural dyes from seaweed may be a stretch, especially considering the limited colors it provides.

Yet relying on plant dyes as the main technique to color our clothes requires more R&D. A part from considering mordants in its production, growing and harvesting plants can also have a negative impact on the environment. If we were to increase the demand on plants dyes, more plants would need to be grown for that purpose and it would put further strain on agriculture. As Hoogvliet puts it: «Sometimes I worry about natural-based plants because you still need agricultural land for that. I think we should focus that more for food rather than our clothes».

Will seaweed dyes last for generations?

In terms of pigmentation, a lot of natural dyes, especially from the past, have poor light stability. This can be seen from textiles displayed in museums which often portray different colors based on the layers it took to get to that color. Bright yellow hues, for example, have poor light fastness which makes the greens in many tapestries turn blue. This is because of the much higher light fastness which indigo has, a dye generally used to make greens.

Hoogvliet describes her process as having a scale from one to eight which they base the light stability on. «Four is already sufficient for a natural dye. We are working on a six which is similar to other synthetic dyes», she explains. Developing plant-based dyes with higher light fastness not only would make the pigmentation look better, but it would fit in with the idea of sustainability; lasting for generations.

Starting her seaweed research for natural plant-based dyes in 2014, after years of researching and working on different projects to develop the idea, Nienke Hoogvliet established Zeefier with her co-founder, Anne Boermans. They focus on producing these dyes with seaweed from waste streams and are currently looking for ways to upscale the process for commercialization.