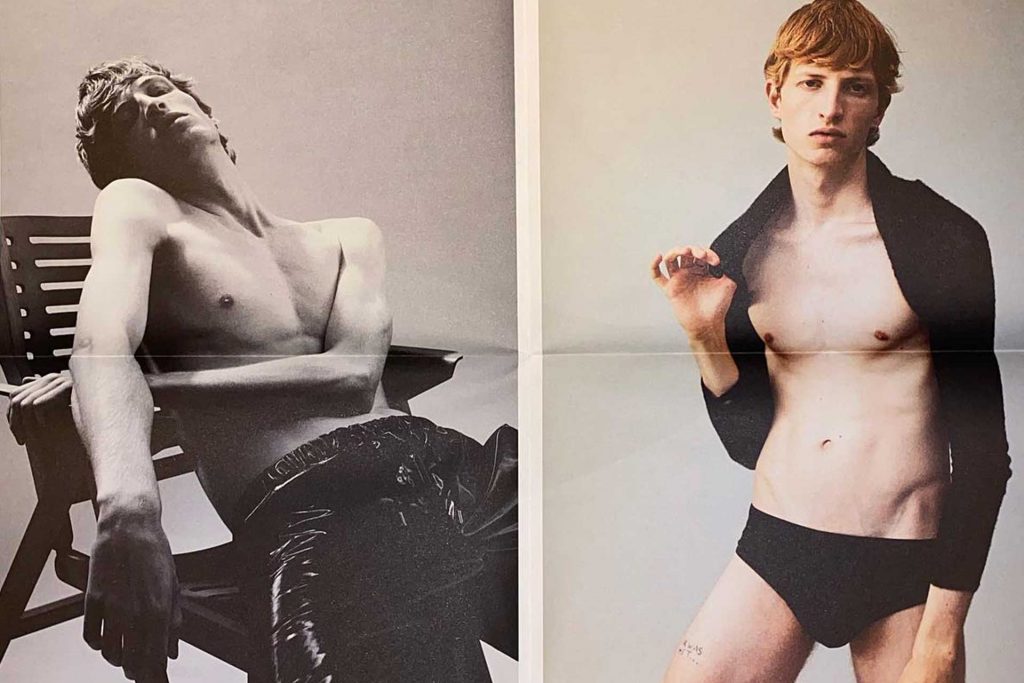 Motto, Berlin. From distribution company to international-bookstore with over 20.000 titles

«Countries and cities have contexts to adjust to. The idea that you should be a master in one field is outdated. Working on a worldwide scale requires versatility». In conversation with founder Alexis Zavialoff

The adventure of Motto, Berlin began in 2007, when French photographer, Alexis Zavialoff started a book and magazine distribution company in Switzerland that resulted from his experiences behind the lens. «I became a photographer when I received my grandfather’s camera as a gift in 1993. I was practicing skateboarding and snowboarding, and began taking pictures for magazines on the subject. I got the chance to publish them in Flat Mégazine, a magazine I edited in Lausanne, Switzerland, until 1997. The magazine was distributed in newsstands over French speaking countries, changing the format with each issue. We were working on McIntosh clones with 0S8.6 and analog photography. In those years I lived in Barcelona, Prague, Lausanne, and Zurich, collaborating with DIY art magazines – including Turin-based Uovo. I was taking pictures and doing photo editing, while learning the challenges of distribution». Following his return to Switzerland, Zavialoff realized the majority of titles he was working with had limited or no visibility. In 2006, he loaded his car with boxes of magazines and drove across the country to distribute them. At Corner College, a non-profit cultural space in Zurich, he set up a bookshop for a week, introducing the public to independent-publishers. «I was working under my last name. As the number of temporary projects increased and became international, spanning across Europe, Russia, Canada, the United States, Turkey and Asia, the time had come for a revision of the name. One night I came up with ‘motto’, a word that is memorable as it is symmetric and functions in languages, including the ones I speak – French, English, German, Spanish, Russian, and Italian. It shows motivation. That night, Urs Lehni designed a logo for me as we had to use it on a flyer the next day. The logo has not changed since».

In 2008, Zavialoff moved to Berlin to open a physical space in the Kreuzberg district, an area which flourishes with businesses and has become one of Berlin’s hotspots. «Motto, Berlin is located in a former frame factory complex that was unoccupied for years. It consists of four spaces that include archives and warehousing. The space is hidden at the back of the building, which dates back to the Thirties. Motto was opened as an experiment following the model of Dexter Sinister Basement bookshop on the LES, which opened on Saturdays. After three months, I managed to keep the store open during weekdays», Zavialoff says. After a decade of activity, titles have increased from hundreds to over twenty-thousand. Publications occupy each centimeter of the wooden shelves that have been there since the factory days. Arranged in alphabetical order, printed material is organized according to disciplines: art, design, graphic design, photography, monographs, artist’s books. Given the landscape of German bookstores in the capital, Motto Berlin’s selection privileges books in English, with Zavialoff importing them from the world over. «The decision to include publications from fields of visual culture derives from Motto’s vocation. The idea that you should be a master in one field is outdated. Working on a worldwide scale requires versatility. You cannot present a bookseller active in Milan the selection you present to another working in Moscow. Countries and cities have contexts to adjust to. In the years to come, I plan to branch out from established distribution channels, making books circulate in Ukraine, Senegal, South Africa, Albania, India, Continental China, and Hong Kong».

Motto, Berlin, an archive of books

Motto, Berlin’s clientele is composed of artists, designers, graphic designers, curators, and researchers who know they will find what they are looking for. Motto keeps rare and vintage books that are a task to find elsewhere. «Since I opened it, I conceived the store as an archive, paying attention to back issues of magazines, artists books, pamphlets and publications that experiment. People spend hours sitting in the shop, browsing materials they could not find in the city, taking pictures, and leaving without making a purchase». Sales are unpredictable. As Zavialoff does not include ‘bestsellers’ in his selection, his bestsellers are publications that speak for themselves. Monographs and anthologies are amongst them. «I have added to my catalogue Beau Geste Press, 400-pages of anthology on the namesake English publishing group active in the Seventies. The volume interests’ people for the way it is edited and printed, as does Rosetta, a cookbook by Elena Reygadas, chef of the namesake restaurant she founded in Mexico City in 2010». The store’s hits remain Motto, Berlin Books, which are produced in collaboration with institutions and museums. In Berlin, Motto’s publishing partner is the Harun Farocki Institut, with whom they publish revisited materials using the booklet format.

1—130 Selected works Ghassan Bishouty b. 1941 Safad, Palestine — d. 2004 Amman, Jordan, an artist book drawing upon Nour Bishouty’s research into the works that her father, Ghassan Bishouty made, circa 1965-2004 in Lebanon and Jordan, has been released. Published by Motto, Berlin with Art Metropole, a non-profit organization based in Toronto, it will be launched on January 30 through an online conversation hosted by cultural organization Ashkal Alwan, involving Bishouty, curator Jacob Korczynski, and Beirut-based writer and educator Rayya Badran, who have contributed to the project. Following the symposium series ‘Condition Report’ they have hosted since 2011, Raw Material Company – a center for art, knowledge and society based in Dakar, Senegal – has collaborated with Motto in releasing On Art History in Africa. The volume, which is available in English and French, gathers essays, dialogues and discussions deriving from the symposium, written by sixteen African authors challenging Western narratives on African art, social conditions, and cultural milieu. The book offers an overview on the history of art that is being written in Africa, on its critique and the history to come. Among Motto’s projects in the making is a volume dedicated to Tracey Rose, a South African artist known for her performances where she uses photography, video, installation, and digital prints, addressing questions around post-coloniality, gender and sexuality. On this publication, Motto, Berlin will cooperate with the Zeitz Museum of Contemporary Art Africa, which is inaugurating the artist’s retrospective, Shooting down Babylon, on March 3, 2021. Motto engages with magazine production. It co-publishes Provence, a collective founded in Nice in 2009, with its founding editor, Tobias Kaspar, running a space called Longtang in Zurich, and members active in Copenhagen, London, Berlin, Milan, Mecklenburg-Vorpommern, and Riga. The last issue, which is available for purchase through Motto’s online store, features contributions from Kenny Schachter, G.R.A.M, and Buck Ellison, to name a few. Since 2011, Motto, Berlin has been co-publishing zweikommasieben Magazin, a Swiss magazine documenting music and sounds, featuring interviews to artists, photography, illustration, and graphics. «We released number 22, an issue that investigates what we are left with after experiencing 2020 and discusses the nostalgia with which we look at the past. Interviews to Australian duo CS + Kreme, Korean-American musician and artist Johanna Hedva, and British-Chilean producer Kamixlo are included, as are contributions by Hanne Lippard, Kate NV, Tujiko Noriko. The texts are available in English, German, Dutch, and Polish».

Over ten years, Motto has organized exhibitions, book launches, presentations, lectures and performances. Between September and October 2020, the store staged Nu Qui Marche, an exhibition by French photographer Julien Carreyn, organized in collaboration with Creève Coeur, the gallery that represents the artist in Paris. Carreyn’s pictures were displayed in the fifteen glass vitrines that surrounded Motto’s walls, looking onto the street and courtyard. «Artists appreciate the vitrines as they offer them the opportunity to work in a space that differs from the white cube model. The vitrines have hosted a series of shows organized with The Downer, a curatorial project by Patrick Armstrong, displaying the work of artists Calla Henkel and Max Pitegoff, Marina Pinsky, Georgia Gardner Gray, and Lucie Stahl. We extended an exhibition by Archie Chekatouski titled ‘The 3rd Show’, which will run through January 30», says Zavialoff. Motto has participated in fairs including NY Art Book Fair, Contemporary Istanbul, Index Art Book Fair in Mexico City, San Francisco Art Book, and Art Book Fair in Beijing and Shanghai. «I used to participate in a number of book fairs, but I turned my focus to events. There are fairs where I can count on local-sellers who know my products. I travel to places I do not know or where I have not been. We are planning to participate in the Singapore Art Book Fair in March, and Hong Kong Book Fair in July». Speaking of fairs, Motto, Berlin is branching into the music field. This summer, the store is planning to organize a record fair in the neighborhood. Independent labels will be invited to play and will be given the chance to be acknowledged.

Via his activity at Motto, Zavialoff keeps a network of relationships with booksellers and publishers from around the globe. He collaborates with b.r.u.n.o, a Venetian graphic design studio, bookstore and exhibition space focusing on visual communication and independent-publishing, and with The Naked Books in Kyiv, Reliable Copy in Bengaluru, Punch in Bucharest, and Batt Coop in Paris. «I select Motto publications that have the possibility of selling, and vice versa».