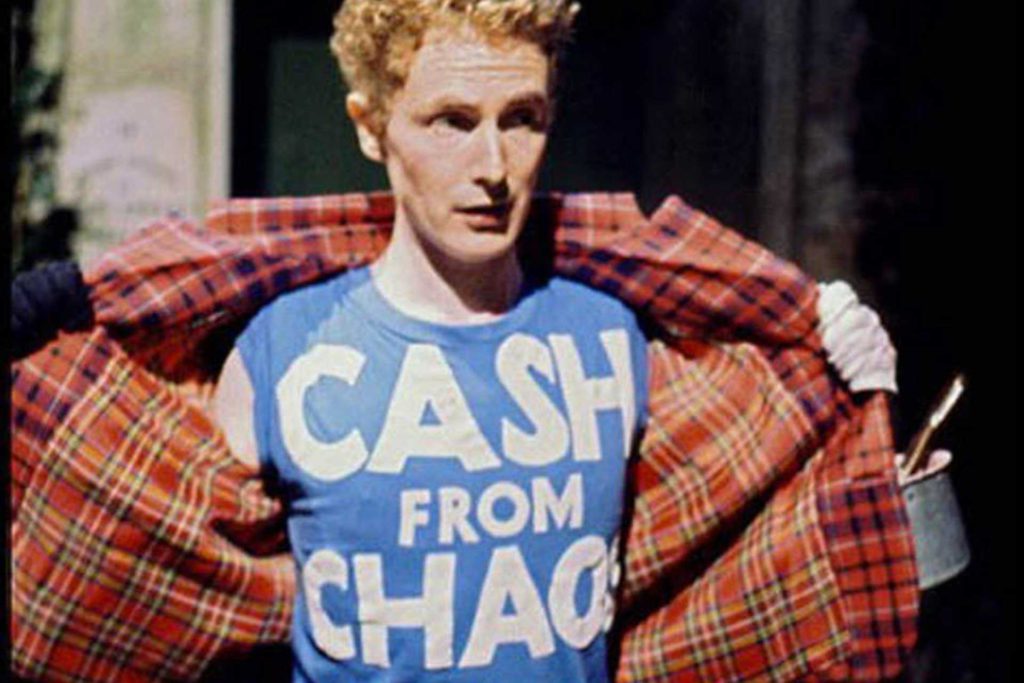 Tartan: from the Hallstatt mine in the 8th century BC to the New Millennium

Folk, punk, rock – maybe it all started with check – the myths and meanings of Tartan: chronicles of a revolution, tradition and pride in lands to the north

Tartan is not a Scottish invention

Fragments of fabric have been found in the Hallstatt mines in Austria dated to the 8th century BC, while other fragments were buried four thousand years ago with the mummified remains in the Ürümqi tombs in China. Nevertheless, Celtic clans adopted this fabric and made it their own — so successfully that it was banned by the English Parliament in 1746 after the Battle of Culloden with the specific intention of breaking the spirit of allegiance binding the rebels. Sixty years later, the Highland Society began to officially record the various tartans; King George IV suggested the Scots wore it on official occasions in 1822. In 1842, the Sobieski Stuart brothers penned their Vestiarium Scoticum, considered the official register of Scottish Tartans, providing a code of the checked patterns (both Sobieski brothers were later accused of pretending a claim to the English throne as descendants of Charles Edward Stuart). During the Victorian era, tartan was popular with members of the royal household and it became customary to associate the colors of the fabrics with the various clans via the Chief’s Tartans.

The Scottish Register of Tartans (SRT) was set up on February 5th 2009: it has now identified 8307 combinations of registered tartans. They include entry number 2489, Barbour Tartan, which was added to the register by Helen Barbour in 1998 as a response to the endless copies being sold on the market — a note on the official website of the Scottish Register of Tartans explains: for tartans registered prior to existence of the SRT, the original reference numbers assigned by the Scottish Tartans Authority (STA) and the Scottish Tartans World Register (STWR) have been retained. The Barbour family originally asked manufacturer Kinloch Anderson to design their tartan. The firm suggested two versions: Classic and Dress, both based on the tartan from the district of Ayrshire, where the Barbour family originally came from. The colors in the Setts: a brown and dark blue background with a white, golden and red overcheck.

Barbour, the official supplier to the British Royal Family since the reign of George V

Barbour also created the Balmoral Tartan designed by Prince Albert in 1857 for his wife, Queen Victoria. It is named after Balmoral Castle in Deeside, Scotland, and is reserved for the ruling family — worn exclusively by the Queen herself, other members of the Royal family must seek her permission to wear it. Barbour was granted its first Royal Warrant in 1974 by the Duke of Edinburgh, followed by the Royal Warrants granted by the Queen in 1982 and the Prince of Wales in 1987. You can’t buy a Royal Warrant. They were the next step to come after the Royal Charter, a 12th century record of the official suppliers to Henry II.

Queen Victoria introduced the Royal Warrant: she reigned for 64 years and granted her Warrant to about 2000 suppliers — people or companies who had delivered products or services to a member of the Royal Household for at least five consecutive years. Only Queen Elizabeth II, the Duke of Edinburgh and the Prince of Wales have the power to grant a Royal Warrant, and one only is granted for any given product or service. This is supervised by the Royal Household Tradesmen’s Warrants Committee and it has the right to revoke a warrant. Only companies that have been granted a Royal Warrant are allowed to use the words By appointment and include the Royal Arms on their letterhead or products.

Barbour has also received the Queen’s Award for Export three times (1991-1993-1995), an honor the Queen grants to one hundred English companies once a year. Margaret Barbour was appointed President of the Royal Warrant Association in 1995. She was appointed Dame, Commander of the Order of the British Empire in 2002 for her efforts to promote economic growth in the North East of England. More specifically, the honor acknowledged her role in creating a phenomenon that took the waxed cotton jackets originally worn by fishermen and sailors and turned them into classic country apparel. An early advertising slogan explained her approach: the best British clothing for the worst British weather. It’s not just Barbour’s tartan that is copied, there have always been many fake jackets around — and there still are. Several websites can help unmask fake Barbours: check the buttons, as the name of the brand should be etched around the edge in a circular fashion. You should also see the name on the zips and the other hardware. The label on the lining underneath the collar of a genuine Barbour has the Royal Warrant and three golden royal stamps.

Tartan in the Swinging Sixties: the Scottish fabric as a punk symbol

At the end of the Sixties, tartan in swinging London marked the beginning of student unrest and rejection of the status-quo ante. The young people’s revolution in the Seventies brought checks out of the countryside and turned them into a social tool for insurrection. Vivienne Westwood and Malcolm McLaren of the Sex Pistols made the Scottish fabric a punk symbol. «People still seem surprised that I was into punk before I got into haute couture, but it’s all connected. It’s why we called one of our first collections Punkature. It was not about fashion. For me it was about history», wrote Vivienne Westwood in her 2015 autobiography.

Tartan is made by repeating a predefined pattern called the Setts. Ten years later, the Preppy and Ivy League made tartan more bourgeois and more respectable. Kilts were their hallmark garment — considered irreverent and melancholic in the looks worn by Boy George and Cindy Lauper. It was the time of Ronald Reagan and the middle class: gender and class struggles were now overcome by the desire to be seen. Jean Paul Gaultier presented his Et Dieu Créa l’Homme collection in 1985, where one trompe-l’oeil garment stood out in particular: tartan trousers with wide legs and a flap folding over the front, giving it the look of a skirt. After a hedonistic overdose in the 1990s — grunge aesthetics and the malaise of the Kurt Cobain generation — tartan rekindled its subversive attitude. The shirts worn by Nirvana and the looks worn by Pearl Jam are not an anthem of Cool Caledonia but transversal anti-fashion that speaks the language of young people and confirms its ability to go beyond the seasons — so much so that it’s often worn by contemporary artists like the Arctic Monkeys, Lily Allen and Rufus Wainwright. Meanwhile, English fashion was becoming international with the collections by Paul Smith and the revival of Burberry that began printing its famous tartan directly on the outside of their raincoats, instead of the lining like before.

The consecration of tartan

The new Millennium marked the consecration of tartan in the Olympus of fashion when Alexander McQueen and Sarah Jessica Parker wore tartan looks for the AngloMania: tradition and transgression in British fashion gala held by the Costume Institute. Idealized and romanticized like the lion and the unicorn on standards to paraphrase writer Ian Buruma: tartan conveys the tradition and pride of the north. Pride and tradition against the New Middle Ages in the era of Donald Trump, Boris Johnson and Volodymyr Zelens’kyj. As ever, fashion resonates the sentiments of society and runway looks become a political statement in a gloomy context where sovereignty resurfaces. With the Teddy Girls by Maria Grazia Chiuri for Dior and a feminist story. With Burberry enjoying a new golden era under the creative direction of Riccardo Tisci, who ex- plains that the collection for Autumn/Winter 2019 is called Tempest, «I am dedicating this runway to the young people of today: those who have to shout out for what they believe in. I thought a lot about England as a country of contrasts; its structured soul and its rebellious attitude and stance on freedom. I wanted to celebrate how these elements are able to coexist. Including not excluding» Plastic-coated for Fendi, hypervisual for Versace, noir for Prada: tartan relates con- temporary intolerance to populist diktats.

Barbour is a British luxury and lifestyle brand founded by John Barbour in 1894, that designs, manufactures and markets waxed cotton outerwear, ready-to-wear, clothing, footwear and accessories for men, women, and children under the Barbour and Barbour International brands.