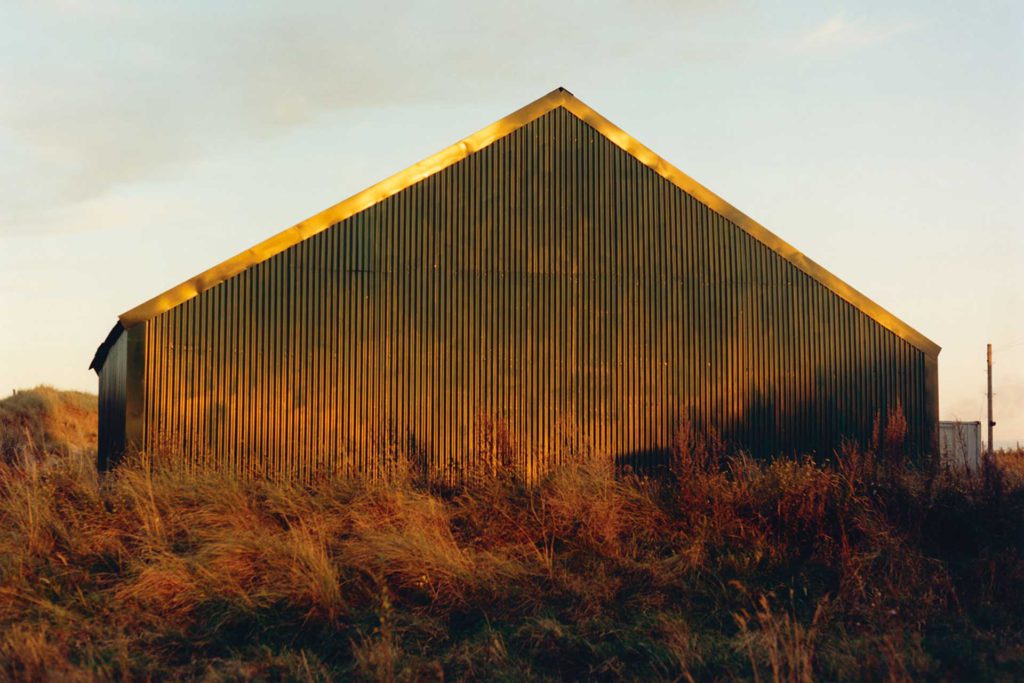 Jamie Hawkesworth: photography as an act of discovery – ‘The British Isles’ a visual survey

The naivety of the gaze and the lure for discovery animate photographer Jamie Hawkesworth’s journeys. Travel as a moment of appreciation of the ordinary from which the most unexpected beauty unravels

Photography as an act of discovery

Jamie Hawkesworth is one of those artists whose vocation has gone through a process of latent gestation before unleashing all its energy and expressive potential. As if to say that occasionally a predisposition is faithfully retaining its spillage by waiting for the most fertile soil to blossom, even in a countercurrent manner.

Hawkesworth is a British photographer internationally renowned and recognized as one of our current era’s most divergent exponents. Multiple facets characterize his work, and his artistic voice winds through different streams ranging from fashion shootings, editorial projects, exhibitions, publications, and contributions in catalogs.

Photography was not his first professional choice, but it appeared as a burst of fresh breeze during an already started studies and career path. He was pursuing a degree in forensic science, a domain related to criminology and the application of science to criminal and civil laws when he first used a camera and got hooked into such a practice.

Glancing at his photographic style and visual take, there seems to be no immediate influence on his previous studies. Perhaps it is not even necessary to draw a line that would result as forced. Nevertheless, photography in the forensic sciences is used to document evidence, and it can be said that the documentary aspect is still one of the driving impulses of Hawkesworth’s touch. It unfolds as a distinctive trait that is present even in his fashion works to indicate that the angles to extract inspiration are never adamant. Allowing free compositions that are untethered from the preconceptions that usually set fixed expressive domains is one of the hallmarks of his work.

The term ‘touch’ used above is not mentioned here unintentionally. The idea of involving the haptic sense, and therefore of playing with the hands, is one of the leading factors in Hawkesworth’s artistic process, which considers handling and scouting pivotal elements for the creative flow.

The spontaneous gaze in the image-making

Try to identify a specific category to which the author belongs emerges as a challenging and somehow daunting task since he runs loosely between fashion, documentary and portraiture, letting each of these spheres intertwine with one another and blending their peculiarities.

He is, in fact, famed as much for his shots of local communities and in the daily scenarios of bus stations as for collaborations with prominent names such as Alexander McQueen and Vogue, among others.

Exploring is what, according to the author, feeds curiosity. This provides space for experimentation that would otherwise find itself locked in suppositions that are not practice-based but instead conceptually driven.

Art as a form of craftsmanship, as an activity based on ‘doing with one’s hands‘, therefore seems to be a predisposition of the photographer. He also personally takes care of the printing to meet the desire for discovery and be mostly aware during the delicate moment of tonal calibration. For the artist, devoting countless hours in the darkroom represents one of the most fervent and gratifying experiences.

Colour choice and balancing is fundamental for photographers’ practice. And it is particularly compelling for an author who,  like Hawkesworth, favours the use of natural light and palettes. The interplay of shadows, their eerily surreal effects and the geometrical pattern of the sun’s rays on the surface of the selected figures are a recurring motif in his works.

When we immerse our gaze within the artist’s works, what is revealed is a world captured by a sensitive and almost naive eye. Moments of everyday life that once immortalized through the camera lens manifest themselves as suspended within a flux of time perpetually in the making and yet kind to the sight. The magic and the depth of the ordinary arise with all their facets in images with a clean aesthetic, carefully polished but never pretentious or peremptory.

The portrayed subjects convey the idea, through their expressions and gestures, not to be actors forced into the picture, but rather it seems that the captured instant absorbed the image itself, suggesting a vital and spontaneous act of mutual recognition and acceptance between the photographer and the photographed.

Spontaneity and the interest in the unexpected can be detected among the core values guiding the artist in his creations. A palpable emotional tension is also present and visible in Hawkesworth’s signature, without acting like an invasive and overwhelming wave.

These specific qualities lie at the heart of the conception of one of his latest projects, entitled The British Isles. It is a book consisting of around three hundred pages and published by Mack Books, and it showcases a collection of images taken during thirteen years of solo journeys around Britain, his home country.

The volume offers an extensive and variegated sequence of images taken from 2007 to 2020 that mainly reports landscapes and portraits, thus connecting human beings to the geographical context they inhabit. By providing a dense overview of the country, the photographer gives us access to a thirteen-years-long narration that somehow embodies an idea of evolution and archive without necessarily sticking to a chronological system.

The British Isles has not been pre-planned or pre-conceived in advance but instead was born spontaneously following the author’s growing awareness of the materials created across the time. The photographs included were not taken with the purpose of being part of this collection. Still, instead, they came naturally together through a caring selection procedure as tiles of a mosaic in constant expansion.

Leafing through the pages of this book feels like stepping into a visual journey that leads us to discover the sides of a nation that reveals itself as crossed by hidden corners and unforeseen nuances. The filming of moments belonging to the daily unfolding of life turns into an occasion of extraordinary discovery, where the eventless becomes significant through honest zooming.  What is most surprising within our existence and in the realities we enliven lies in appreciating their normality. And Hawkesworth’s series encourages us to be curious about our surroundings as if to suggest that precisely in the familiar resides the most considerable potential for disclosure.

The subjects picked by the photographer are mostly people strolling or passing by public places for their daily activities. They catch his eye for a variety of reasons: their outfit, their gaze, their hairstyle or their attitude, their gestures or the actions they are performing in a precise  moment.

Portraiture requires adherence on the part of the subject, and therefore Jamie has mainly had to approach several different types of people to ask permission for the shot. For the artist, using the camera is a way to interact with the collectivity, as if it was the encounter with strangers along the streets perpetually teaching him to shoot.

Kids playing, a small group of teenagers, on-duty workers, students, elderly ladies or young boys, priests, professionals, individuals doing sports, just to name a few, crowd The British Isles’s universe. The subjects are pictured in the simple act of lighting a cigarette, waiting for their means of transport, in the sun, both smiling or slightly upset, from behind, contemplating the panorama, with their eyes straight in the camera, more or less shyly, or diverted towards an elsewhere that we, as external spectators, are not expected to reach. To interrupt the series of figures animating the pages of the collection are glimpses of landscape or urban corners meant to generate a more comprehensive narration. Visual hints about the social and environmental fabric surrounding the individuals help us compose our personal plots, trace the connections between the images, or simply uncover hidden gems of an unfamiliar world.

At the end of the book, the feeling is that the journey through fragments of people’s lives cannot be over; the impression is that we have been graciously handed the opportunity to participate in a tour through a nation of which we may have little knowledge and that is in a state of permanent transformation.

What typifies and perhaps binds all the images assembled in the volume is the perception that the photographer’s eye is not an intruder but, on the contrary, a host kindly welcomed in a specific dimension and for the duration of the shot. Here it surfaces the value that Hawkesworth confers to the sense of travel and discovery achieved with levity, without burdening the photography itself with abstract expectations or staged poses. To steer the click on the camera is a kind of innocence towards the world and its folds. To stay curious in the now, and dare to be out there, appear as the core principles that enable the author’s hands and eyes. The very sense of going thus behaves as both a motivating and the highest aim in his artistic intentions.

Thanks to his talent and sophistication at the same time in presenting us with a truthful perspective into reality, Jamie Hawkesworth is credited as one of the image-makers that built a reputation for being a consistent voice of the current creative generation. His images manifest themselves as drenched in a deliberate naivety; this observation prompts us to somehow believe that a photograph may not be necessarily vulnerable to manipulations that aspire to conceal its flaws, but that could stand as a veritable mirror of our communities by framing their time.

Embracing the substance of the everyday and the basic features of our living environments arises as the message imparted by the photographer through this profuse collection. A gentle intuition that stems from the genuine desire to be in contact with the world and appreciate both its awkwardness and easiness.

Internationally-acclaimed British fashion and documentary photographer. Portraiture is also one of the arenas in which his practice shines and has earned him a reputation as one of the living leading artistic voices. ‘Preston Bus Station’ was his first extensive photography project. This experience laid the foundations for his work, eventually leading to fashion campaigns, catalogues, exhibitions, and editorials. A remarkable number of collaborations, from The New York Times to Vogue, just to mention two seminal names, punctuate his career. ‘The British Isles’ is an account of a thirteen-year-long journey across the United Kingdom, and it has been published in 2021 as one of his most extensive collections to date.