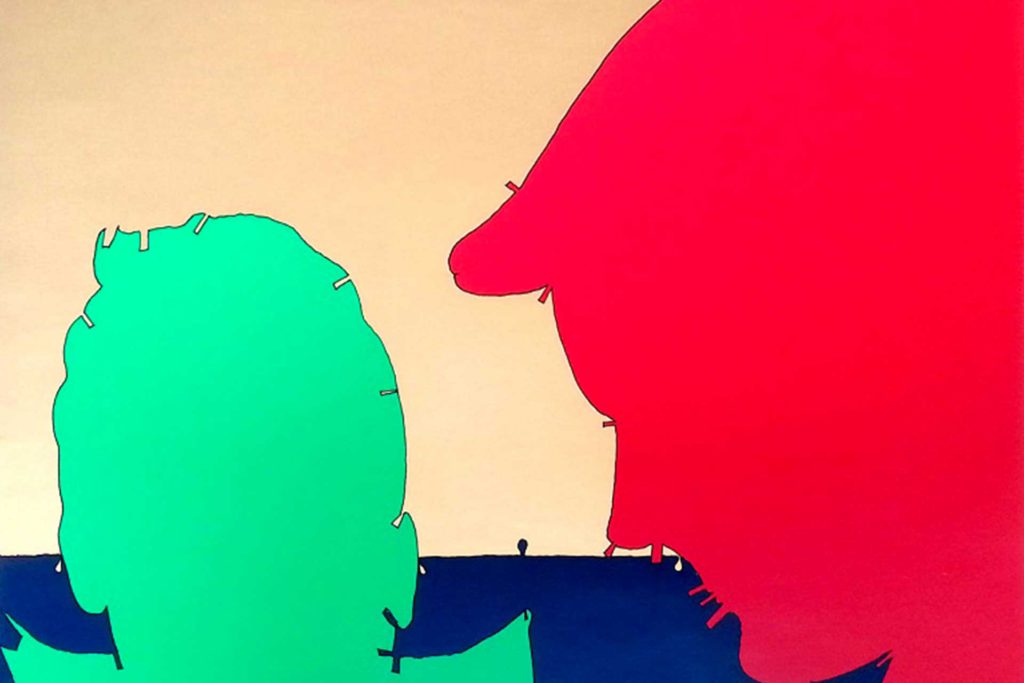 Since 1986 Jan Voss, Henriëtte van Egten and Rúna Thorkelsdóttir have persevered in maintaining the child-like essence of the bookstore while seeing through the intertwining of art related literature

When it was first established on the 1st of January in 1986, Boekie Woekie, Amsterdam was an assemblage of works brought together by six artists as a means to go against the grain within the realms of the publishing world. Of the six founders, each brought forth a characteristic from their inner-selves – a practice in art forms and the understanding and reflection of their surroundings. Coming from varied countries in the European region, the six founders were leaned to three as of 1991. Since its internal reshuffling, the art-based bookstore has been managed till today by co-owners Henriëtte van Egten, a Dutch national; Rúna Thorkelsdóttir, an Icelandic native; and Jan Voss, a German citizen from the city of Düsseldorf. Having then moved their physical location in 1995 to their current space in Berenstraat 16, the art bookstore has since grown its catalogue in size. Carrying an approximate seven thousand art books from independent creators and artists, Boekie Woekie has curated a synonymity within the locale and the artist community in the European region. Working to run the bookstore while managing their careers in their designated field of the arts, the current managers of the bookstore have, within the space, a section of an art gallery to which they oversee and curate for the viewing of customers and for the purpose of art exhibitions. Sitting in on behalf of the bookstore is Jan Voss, to which he shares, «Boekie Woekie began as a revolt against the bodies of publication houses and the ways in which book publications in the genre of the arts became a tool for profit».

The seventy-six year old elucidates that as for the name of the store, it was not one that was accepted by the inhabitants of the environs in its inception. As he shares, «It was made fun of as it was counterproductive to our intention of disseminating art though books».

Having the intent to play a pivot in narrating the landscape of the bookselling world in art, Voss states that the name of the bookstore, ‘Boekie Woekie’, garnered side-eyed reviews as it held a child-like narrative to its identity. «There was a juxtaposition in the name of our brand and what we intended to do. Being located in a city like Amsterdam, this hindered our relevance in the artist community». Though they were set back by this tribulation, Voss shares that Boekie Woekie stood itself apart from businesses adjacent to theirs. He adds that on an international scale, Boekie Woekie garnered press for itself, whereas within the locale they inhabited, there was trepidation for a newcomer like Boekie Woekie. «The disciplinary team came together by pooling our funds to found Boekie Woekie. We began the bookstore by selling works that we have brought together and produced by ourselves over the years. As an artist-first disciplinary, our attention was to accentuate our works as the individuals in publishing had a stringent set of rules that we did not conform to». As of the past twenty-six years, Voss, assisted by Egten and Thorkelsdóttir have persevered in maintaining the child-like essence of the bookstore while seeing through the intertwining of art related literature. As they have progressed over the years, the bookstore has been enlisted by creators who are up-and-coming to assist in the production and publication of their art based literature.

Voss elucidates that between the three current managers and owners of Boekie Woekie, Amsterdam they each carry forth a practice in art that is dissimilar to the other. Thorkeldóttir, – the youngest of the three at fifty-seven years old – began her artistic education in the Reykjavik School of Visual Arts. It was in her departure from her home-country of Iceland to Amsterdam, where she decided to continue to pursue an education in arts at the Rietveld School of Art & Design. «While she pursued her Master’s education here, she did not see it through. She went on to begin a life with her partner whilst carrying forth her artistic interests. While she did this, she held her role as a co-founder and manager of the bookstore». The second individual is Egten, a Dutch artist and partner to Voss, who studied art in the town of Enschede in The Netherlands. Voss shares that Egten was introduced to the world of the arts in her youth – one which Voss shares to be influenced upon by the owners of the bookstore from the art movement of the sixties. The last owner of the bookstore, Voss, is a painter who graduated from the art school based in the city of Düsseldorf. «In my youth, I had the pleasure to be acquainted with artist Dieter Roth. It was within his ethos of practicing art away from the mindset of incurring profit is how we have brought Boekie Woekie into today». Alongside practicing their craft, the owners of Boekie Woekie have steered away from the public eye to gain traction over time. Rather, the artist collective and bookstore looks to utilize their identity and physical space to become a mouthpiece for the artists and the works that are presented in the literature that are sold in Boekie Woekie. «Artists have a command of their narrative and their creative work. They aren’t hindered by the molds in which publications and galleries place them in when intending to push forth their work».

Existing on their online and offline platforms, Boekie Woekie, Amsterdam caters to their customers from within The Netherlands and across Europe. Operating from their current physical space, as they were unable to do this during the pandemic, the bookstore has been embellished through by the books sold within its four walls. Stacked upon bookshelves adorning the walls are a collated collection of art books that have been brought in and sold over the last twenty-six years. «There is no stringent manner of choosing which books make the cut to be on our bookshelves». Having designated a collective decision to incorporate books from varied artists over time, Voss states the co-owner’s intention to do so was to allow for an offering of works for their consumers. Having begun Boekie Woekie’s business model by publishing and selling works from the six owners of the store, Voss states that there was a need to include works from varied artists as the works being produced by the collective were limited. «As the collective shrunk in size, we made the decision to bring in works from artists in the environs and abroad to assist the business model and allow us to stand apart from businesses in the same vein». Selling art books from artists and creators like Dieter Roth, Colin Sackett and Thomas Greiger, the co-owner of Boekie Woekie states that the bookstore is open to carrying works from up-and-coming creators who have faced challenges whilst intending on publishing their works through the means of publishing houses and gallery collectives. Voss elucidates his collated works as an example to art books from the co-owners that are sold in the confines of Boekie Woekie. «In the bookstore’s infancy, the collective utilized a printing press to see through that their artwork was realized into physical print. We malleated our individual art practice while amalgamating the use of the printing press to see this through». As Voss explains, he has since created copies of a single literary work that is varied from each print as they are treated in an esoteric printing manner

Other works, the gallery and the future of Boekie Woekie

Carrying prints that were produced by the creators of Boekie Woekie and merchandise of the store, Boekie Woekie has worked to assort a coalesce of items to assist the finances of the store. Prints from artists across regions are sold alongside to those from the owners. «When the store began its business, I designed tote bags. Along to this, I was the individual who designed the ‘reading-man’ logo for the store». While the merchandise has remained unchanged, Voss intends to update the designs to create awareness of the bookstore whilst disseminating the identity of Boekie Woekie. The gallery space, as Voss states is a four-square meter space that is within the confines of the bookstore. Working to showcase works of creators of sorts, Voss shares that due to its limited area, the bookstore allows viewings to occur while guests are perusing for literary goods. In an effort to remain sustainable, Boekie ensures that all waste is recycled and are followed through with the regulations set in place by the governmental bodies. «We do not encourage the use of plastics and have abolished the use of it in Boekie Woekie. We provide tote bags that are available for purchase. Additional cardboard boxes that we receive in packaging are used for online orders. We intend on adhering to regulations and insist minimizing our carbon footprint». In the coming new-year, Boekie Woekie will be shifting its space of residence to one that is located a distance away from the city center. Voss states that the reasoning in shifting their abode was due to gentrification that has occurred in the area and has caused a raise in rent for the dwellers of Berenstraat. While Boekie Woekie faces this, Voss explicates that the bookstore will continue to persevere as a pivot in selling and educating consumers in art-based literature.

Containing an assemblage of books curated and created by the owners of the establishment, the art bookstore has since grown its catalogue since its opening in 1986. Coalescing its library of books of those from its founders and artists across disciplines, Boekie Woekie has evinced a synonymity within the locale and the art community of Europe.