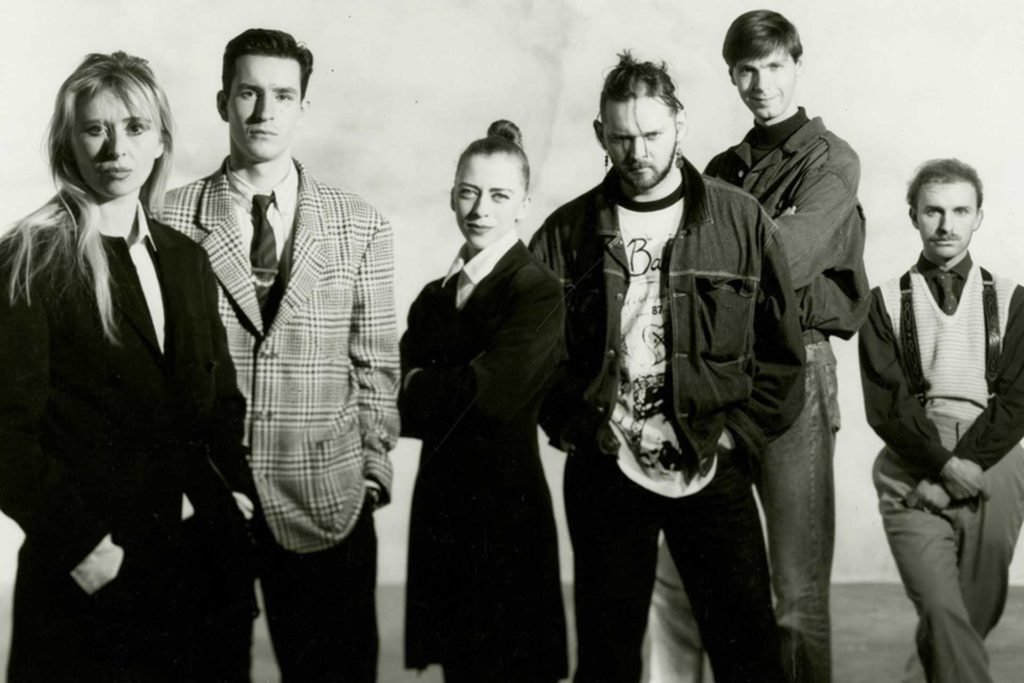 Acquired by Claudio Antonioli in 2020, Demeulemeester’s brand is on its way to regaining the punk-inspired spark with major shifts in strategy and design

Ann Demeulemeester and the Antwerp Six

Born in Kortrijk as Ann Verhelst in 1959, Ann Demeulemeester’s fascination for fashion emerged following her studies at art school. Her interest in portraiture transformed into a desire to venture into clothing design, which led her to study at the Royal Academy of Fine Arts in Antwerp between 1978 and 1981. She presented her collections in London in 1980 and some fellow students from the academy. Arriving at a small space dedicated to them far away from other popular designers of the time, this endeavor became a momentous event which is the birth of the group of designers named the Antwerp Six that created a resurgence in the world of fashion through their radical and avant-garde approach and inspirations from deconstructivism. The collective changed the international fashion scene over the next thirty years, despite their lack of interest in becoming global sensations and dedication to keeping their production limited and advertising minimal. In 1985, Following the group’s success, Demeulemeester launched her line of clothing, which was influenced by punk and rock music, along with gothic and romantic poetry. As one of the first designers to make such cultural references, her vision paved the way for designers like Rick Owens and Raf Simons.

A growing and changing fashion house

Ever since starting to show her collections in Paris in 1992, Ann Demeulemeester has been an indispensable part of the fashion week, and in 1996 she started showing menswear along with womenswear too. Embracing an experimental approach, she used her own body to try out new designs and reflected the emotion and experience of life into her pieces. Her brand and techniques changed throughout the years, maintaining her vision of novelty and independence both in her creative processes and her financials; she refused the approaches of major fashion houses and decided to stick with her line. In 1994, she approached Anne Chapelle to get help with building her brand, who was then a pharmaceutical expert and now a businesswoman credited with the survival and revival of fashion brands. This was followed by a period of global growth for the brand under parent company 32 BVBA owned by Chapelle, which also hosted Haider Ackermann. In 2013, it was announced that the two brands would split from their parent company and become their independent brands due to their increased financial stability; Chapelle still maintained what was thought to be a controlling holding in both brands, though. This wasn’t the only split that the brand experienced, as just a few months later, the same year, Ann Demeulemeester herself announced that she would be leaving her eponymous brand.

Demeulemeester’s exit from her namesake brand

«A new time is coming both for my personal life and the brand Ann Demeulemeester. It’s time to separate our paths. Ann Demeulemeester is an adult brand now with its own identity and legacy that can continue growing without me».These were the words that Demeulemeester used to illustrate her reasoning behind her decision. Coming as a big surprise to her fans and the entire fashion community, she distributed the handwritten letter notifying her exit via email. The letter also included an explanation of the brand’s upcoming fall/winter shows and detailed that they were to be held together during Paris Fashion Week the upcoming February. As her successor as artistic director, Demeulemeester appointed French designer Sébastien Meunier who had worked with Martin Margiela. He joined Ann Demeulemeester’s brand in 2010 as a menswear designer on paper, though he was being trained to take over this role in the future. Demeulemeester herself, on the other hand, seemed to have exited not only her namesake brand but also fashion entirely, and went on to attend porcelain masterclasses in France and the UK, and based herself in the small Belgian town of Kessel. This journey led her to launch Ann Demeulemeester Serax in 2019, her collection of tableware, glassware, cutlery, and lighting.

Claudio Antonioli is the founder of one of Italy’s first multi-brand boutiques and co-founder of New Guards Group that holds many streetwear brands under its name and that supported the launch of Off-White. In September 2020, it was announced that he added the brand Ann Demeulemeester to his list as he completed the purchase for the takeover from BVBA 32 for an undisclosed sum. Chapelle still held a twenty percent stake, though it is specified that Antonioli retains an option to buy out her stake and become the company’s sole owner under the contract. The press release of the acquisition detailed that the deal included the entire historical archive of the brand, along with the headquarters, the flagship store in Antwerp, and the showroom in Paris. This announcement came when Demeulemeester herself had already left the brand. The stylistic direction under the new creative director had received mixed reactions from long-time followers of the brand, which had moved away from its sophistication to a more Instagram-friendly expression. The ultimate goal of the acquisition was to take the brand back to its cult status and return to the brand’s DNA with attention to women’s and men’s footwear and accessories. The takeover by Antonioli had Demeulemeester’s blessing, as she had defined Antonioli as a ‘compagnon de route’ from the first days of the brand and expressed her belief in the future of the brand.

A new chapter with the reopening of the Antwerp flagship

A milestone for the evolution towards the new future offered by Antonioli was the reopening of the Antwerp flagship store in the same month of the acquisition, with the minimalist aesthetic conceived by Belgian architects duo Robbrecht en Daem. The reopening is in line with Antonioli’s aim to preserve the brand’s ethos through «bringing back a place that is in the epicenter of the Ann Demeulemeester universe.» Located in Antwerp’s Zuid neighborhood, the store also acted as a milestone in the brand’s shift from a fashion house to a lifestyle brand. The store was focused on the Ann Demeulemeester Serax collections rather than the fashion collections; it was acquired by Demeulemeester and her husband and partner, Patrick Robyn, in 1999 by Beaux-Arts building. The current symbolism of the retail space extends to the fact that Robyn played a function in the redesigning process in an attempt to honor Demeulemeester’s original vision and the brand’s DNA while giving it a contemporary update. For Demeulemeester, the store signifies a new beginning and «celebrates the brand’s renaissance under Claudio’s wings.»

Evolution under the new owner

Antonioli’s plans for the brand included the reduction of wholesale by fifty percent, intending to regain more control over distribution and to capture the right mix of novelty and luxury that had made many people fall in love with the brand in the past. This goal is also connected to production. One of Antonioli’s first lines of action is to increase production quality, which had deteriorated over the last years, through a return to the brand’s original suppliers. Although the design studio remained in Antwerp, the company’s relocation to Milan also took place, and this was justified by Antonioli, who explained that in comparison, Milan was more of a fashion city. This move proved helpful in the recruitment of a new team of twenty-five people. After a year, Demeulemeester’s approval of the acquisition grew into a re-engagement with the brand itself, and it was announced that she would be returning to the fashion industry to work with the brand again, not to design clothes, but to work on special projects including the first Ann Demeulemeester perfume. She described her time away from the brand as an opportunity to readjust her view on it, solidifying her belief in the brand’s DNA. The Spring Summer 2022 collection is put forward with this thought and the ‘new light, new energy, new era’ motto in mind and celebrates identity and dynamism. It draws from the symbolism of a black ribbon, pays homage to the brand’s genesis, and sets the tone for the future of its evolution in this new era of change and growth through reconnection with its roots.

Belgian fashion designer who shot into prominence in the Eighties as a part of the renowned collective of Royal Academy of Fine Arts graduates called the Antwerp Six. Her style is characterized by poeticism and pensiveness, with references to punk and rock music. Her namesake brand was acquired in 2020 by Claudio Antonioli with the aim of returning it to its cult status after the stagnating period following Demuelemeester’s exit from her eponymous brand.