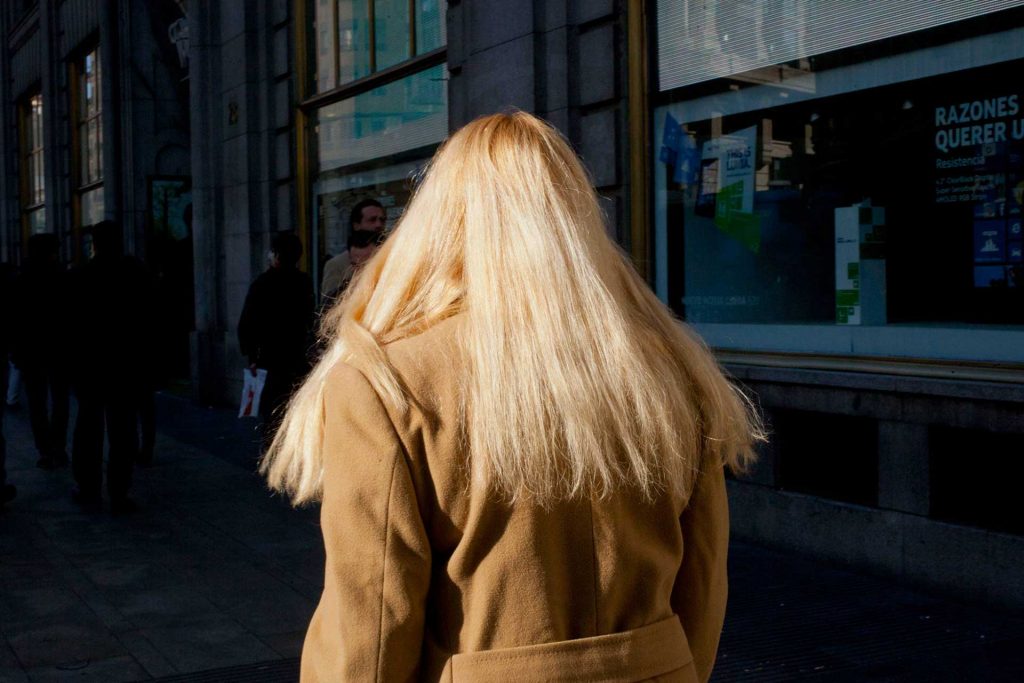 One Room, Rome. Photography as seen through the lens of theory and practice

In 2008 Stefano Ruffa founded a place to encounter and experience the images he consumed. Today he works to introduce people to the world of photography – and to the medium of the photobook

One Room in Rome

One Room’s inauguration was in San Lorenzo, the neighborhood Stefano Ruffa, its founder, was born in. An area occupied by universities and photography schools, where galleries and specialty bookstores flourished. After its opening, a niche of photography aficionados and insiders, who were transitioning from feeding a passion to building a profession, began following the bookshop. «It was a challenge to reach other publics. This relates to a question I have been asking myself since the beginnings of One Room, and that I have been trying to answer in the last ten years. Does an audience exist beyond the realm of photography professionals?»

Today, One Room resides at the heart of Rome’s city center, in Piazza dei Satiri, steps away from Piazza Navona. As bread and breakfast, holiday homes and tourist accommodations characterize the area, there are no residents here. «It has been a test to move San Lorenzo’s community to this location, which Romans don’t visit», Ruffa tells us. «One Room, in fact, lived off the energies exchanged by tourists and people who recognized its message through its windows by traversing Rome’s cityscape. This allowed me to meet individuals that engaged in a dialogue with me, sharing their point of view. The exchange of ideas and perspectives has been my source of nourishment. Opening a space therefore was a way to create a platform for these conversations to take place».

Ruffa’s relationship with photography and its medium marks his biography. «I was a shy child who did not want to have his picture taken. My reaction, in fact, was to get hold of the camera. From there, I then began an adventure that brought me to investigate photography through theory and practice». Ruffa has a degree from Rome’s Dams in media and cultural studies. His interests spanned language, technology as well as sociology, which he explored in parallel with his passion for photography. After graduating, Ruffa moved to Milan, where he specialized in still-photography with a course at Accademia Teatro alla Scala. After, he moved back to Rome to work as a photographer at Renzo Piano’s Auditorium Parco Della Musica.

In 2008, Ruffa then realized his aspiration was to create a space to encounter and experience the photography genres he consumed versus those he produced. Today, Ruffa’s priority is not sales, but working to introduce people to the world of photography and to the medium of the photobook. A relationship one cannot develop through an e-commerce website, he underlines. «A librarian is a mediator, a bridge. In this sense, One Room’s politics is based on building connections between the community of producers and a space that could house its contents. I was on the lookout for the latter as a way to present photographic works through a platform that could give them visibility».

The bookstore’s audience includes academics, politicians, newspaper readers, students as well as homeless. There have been occasions where Ruffa met people and works that changed him and allowed him to expand his views. Further, Ruffa’s references in the domain of photography shifted as his experience evolved. Documentary photography, photojournalism and multimedia-based storytelling were the outputs that sparked his interest in the field. Speaking of influences, Jim Goldberg, who joined Magnum photos in 2002, is one of the authors who helped Ruffa conceive the photobook as a medium thanks to the workshops he attended during his studies. His encounter with Irma Boom, a Dutch graphic designer specialized in book making whom he met through the bookstore, has been an opportunity for him to learn.

During the last five years, Ruffa coupled his interest in photography with that in cognitive science. This has informed One Room’s direction by drawing on the studies of human experience, perception and understanding. «The way our thoughts are built, the way our brain works, the way analogies stand at the core of our mental activity make photography an instrument in preparing society to face the world». The advent of smartphones has had an impact on how people produce and consume photography. «This does not imply having an interest in it. It is also a function of a device».

This opens photography’s doors to people in the billions, as is the case with Instagram, while a photobook reaches thousands. As One Room’s founder says, devices and social media have increased photography’s accessibility. Nevertheless, the systems, mechanisms and algorithms that define their usage are in place to restrict it and its possibilities. When people are not capable of interpreting images, they risk being conditioned in their comprehension of them. Understanding where an image lives therefore means to grasp the difference between seeing a picture in a printed book and on a screen, and perceiving how its meaning changes. One Room’s mission is to discern and learn from these dynamics.

The sense of its research, in fact, resides in breaking down the walls that limit our perspectives on the world – through the medium of the photobook. As Ruffa continues, his aim is to «understand if photography can become a language spoken in everyday life. In linguistics, photography would be a ‘socioletto’. A body of expressions understood by a group of professionals. A language can be spoken, diffused and comprehended by multitudes. I therefore wonder if this could be the time for photography to move from being a language for insiders to a language practiced by the majority. Photographic-language fills our lives. We have to gain awareness and improve our ability to read it».

An image’s significance lives in its context, and where the viewer observes it. In the last couple of years Ruffa has built a series of paths that – by turning the space into a research lab – could ignite a spark in its audiences. The breakthrough for the project was to consider the stone as a symbol. Come parlà ai serci, or ‘How to talk to stones’, is a visual bibliography Ruffa created to put this into action, and the first chapter of One Room’s journey. Stones are intended as a scale model of the world we live in, the ground zero of our existence, which can be interpreted according to a diversity of perspectives. «My vision and yours do not have to exist in conflict. Photography is a tool that allows us to find a terrain we can share between separate points of view».

A selection of books, focusing on rocks and stones, allows viewers to see how context defines a book’s subject. Among those are Bruno Munari’s Da lontano era un’isola, an invitation to look at what bothers us and the unseen, books that explore the cultivation of curiosity, books on WWII, Normandy landings, the Israeli-Palestinian conflict, books about remorse and crises of conscience, books about commerce, politics and labor, exploitation and sex. Each of them contains at least a picture of a stone. The series is an answer to the search for a critical-reading method as well as to find legitimacy within the diversity of human perspectives. «In this sense, photography is an epiphany. It’s an access key to that which is seen by the eyes of someone else», says Ruffa.

Books selection at One Room

Speaking of his criteria for the inclusion and exclusion of titles, the founder prioritizes elements that are functional to the development of his method and research for composing a series. One Room’s collection of photobooks comes from around the world, and covers the decades that stand between now and the sixties. It acts as a starting point for Ruffa to tailor its offer to his clients’ interests, wishes or curiosities, while consultancies are an aid to the bookstore’s survival. «We interact with creative-professionals who need visual guides, support or references to build their works. It could be a fashion designer inspired by New York’s club culture in the eighties, or a scenographer that has to construct a scene set in Naples in the nineties».

For One Room’s owner, books should give readers the tools to understand their contents. To do so, theory and visuals must intersect. Following this assumption, an author Ruffa is fond of is Nicolò Degiorgis, an artist who creates «object-books» that can speak to, and be understood by, a multiplicity of audiences, conveying meaning. The books housed by One Room are items that manage to gather, in the container that is the object, closed-systems that communicate through languages, bridging the gap between author and user. Language, the bookstore’s founder says, extends to each aspect of human lives and behaviors.

Ruffa’s research method consists of «having piles of books on the table», he jokes. «I study and read – I consult photography catalogues, blogs, websites, prizes, galleries, fairs and festivals. Once I choose a topic to investigate, I head towards texts that stand outside of the photographic domain. Then I look for traces of that in the world of photobooks by searching for related authors». One Room’s selected series are to be understood as bibliographies, or book assemblies – the result of Ruffa’s layering of inquiries. «I don’t consider myself an author, but a transmitter or an amplifier».

In this regard, he affirms that there is no need to produce images to identify oneself as an author today, as is the case with research-driven art practices. «Becoming an author in this era is a penchant. The abundance of photographs and the limited capacity to consume it prevents me from generating any further. That would mean my pictures wouldn’t meet the eyes I wished it would. I prefer to create systems and methods to activate images». Ruffa introduced a corner dedicated to criticism and theory. A section of titles by publishers like Valiz, Sternberg Press and Perimeter that, by delving into topics such as the role of museums, institutions and art in society, explore today’s debate.

He therefore uses those as a means to learn, transferring that knowledge into One Room’s programming and into his manner of interacting with customers. Ruffa presents books to invite people in, sharing his discoveries and intuitions through them. For this to happen, having and offering access to critical and theoretical contributions is of importance. «My ambition would be to live in a world where the promotion of dialogue, exchange and growth takes place».

One Room is a bookstore in Rome introducing people to the world of photography.