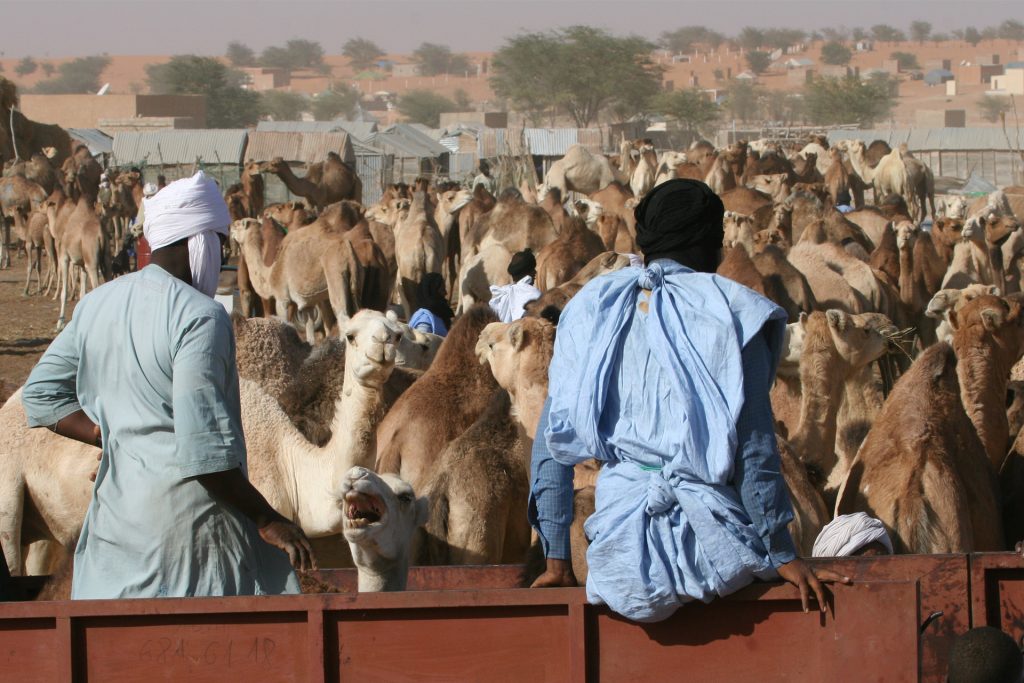 Why people in India are still producing leather from protected by law species?

«Cows, buffaloes, and other animals used for leather in India are often crammed onto vehicles so tightly that their bones break», introducing the issue of ethical production in local communities in India

There is no official camel leather processing going on

In the province of Rajasthan alone, every shop is loaded up with products comprising genuine animal leather with vendors claiming all the products to be made of camel skin (both alive and dead) even when the species is protected under the Prohibition of Slaughter and Regulation of Temporary Migration or Export Act. Upon conversation with Mr. Amit Deol, the secretary of India’s biggest camel rescue organization; People for Animals, Sirohi, he said «we have saved over 500 camels from being butchered in the territory of Rajasthan in the previous years», he added, «with regards to camel leather products in all the stores across the state, it is not genuine camel leather, but rather the calfskin of different creatures like a goat or a buffalo, and sellers have a propensity for misleading the clients to acquire a couple of additional bucks, particularly to outsiders». Similarly, in conversation with Monica Chopra of PETA India, she confirmed that «There is no official camel leather processing going on». «In Rajasthan, camel leather is considered as livestock. It is more of a domestic animal industry that is family-owned. People basically go to local fares and sell their camels to the highest bidder. It isn’t an organized industry», said Kavita Bhushan, Director of Gurditti International Pvt Ltd, a multinational company that works with multifaceted materials such as genuine and faux leather. She added, «eventually when the camel owners feel like the animal is growing old, and no longer serving its purpose, that’s when they consume its meat and sell the cobweb to suppliers».

One such vendor is Jaipur-based Rajasthan Leather Handicrafts; producer, distributor, and exporters of leather goods. Upon visiting their store, they explained the process of how medical slippers and shoes are made using camel’s skin that lasts for over three years. They also claimed to get unavailable items to be custom made. Chopra of PETA India affirmed that «the idea that the skin of animals who died naturally is often retrieved to be turned into leather is a myth, as the skin starts to decompose quickly without chemical treatment, and such animals are not sufficient to meet demand». «In Rajasthan, they aren’t using tanneries which are quality assured», said Bhushan, «these places aren’t meeting the ISO standards or certified standards required by the domestic or the international markets. It is more like a local cottage or handicraft industry».

The issue of the implementation of laws concerning camel leather trade

It is difficult to accept the source of anything being purchased in the Indian local markets as there is a need for proper education corresponding to the education of ethical manufacturing processes – explicitly relating to the leather industry in more restricted regions of India. «Everybody realizes that there are laws set up, yet they do not care», said a tour guide from Jaipur anonymously. He added, «No authority has been following up appropriately on the implementation of the laws in place». When asked about the aspect of sustainability, the guide said that «the only thing anyone cares about here is earning money to feed their family three times a day». «The dominant part of merchandisers sell all that they can and likely do not have an idea about any insights regarding worldwide issues related to this as the media does not report about those sorts of things here». «I have for years been trying to stop the camel smuggling and slaughter trade. Now we have reached a point where the camel is an endangered species», said Maneka Gandhi, an Indian politician, animal rights activist, and environmentalist. She added, «The camels are taken out daily – even though there is a law against it – from Rajasthan to different Muslim areas where the animal is killed and eaten». Gandhi as well, confirmed that «what you see as camel leather bags and camel bone idols/statues are cowed leather and bone» contradicting all the shopkeeper’s and supplier’s claims.

While the world is moving towards a future where harming animals for items and personal gain is inadmissible, things appear to be at a halt in India. Considering all the shopkeeper’s claims about ‘camel’s skin’; all the items in their stores are made out of some cowhide belonging to some creature. «Cows, buffaloes, and other animals used for leather in India are often crammed onto vehicles so tightly that their bones break», said Chopra. She added, «The throats of those who survive this ordeal are cut in full view of others at the slaughterhouse, and for many, dismembering and skinning begins while they are still conscious». For a country like India, which is known to worship animals like cows, monkeys, elephants, rats, and tigers amongst others, all these practices are against everything the country represents.

The unsustainable nature of the production of goods in India

«Leather is also detrimental to human health and the environment: run-off from leather tanneries poisons rivers and streams, harming all life within, and has been linked to cancer, respiratory infections, and other health conditions in humans», said Chopra. Regardless of the dangers, the ruthlessness, and the unsustainable nature of the production of goods, life in India goes on as it is, without change. «Rajasthan is still a state that has shockingly chosen to protect the camel, however in Rann of Kutch, the guiltless species are as yet being pursued down and butchered consistently. There is no law for them in that state», said Deol. He added, «Camels are being slaughtered for meat and leather every third day in other states and being conveyed to locales like the Middle Eastern countries for utilization».

Developing nations and their leaders need to focus on acquainting and instructing the populace to sustainable practices and bring a change in the current methods. With regards to India, a nation as large with a populace of over a billion people, endeavors including shaping laws and particularly following up on them is essential. Lack of education and poverty have topped the list of issues in India, which needs to change. Loads of kilos of leather scooped up in various shops around the country is the reality of hundreds of thousands of dead animals murdered for reasons such as greediness, desperate need for cash, and lack of education and awareness.

For this issue to be tackled, all concerned faculty and authorities will need to work towards forcing the laws and building up a team zeroing in solely on similar issues. Just like humans, animals reserve the privileges to consider Earth their home, and humans reserve no options to clear animals out for personal gain.

People for the Ethical Treatment of Animal India

PETA India was founded in 2000 and is based in Mumbai, India. It focuses on issues about animals in laboratories, the food industry, the leather trade, and entertainment