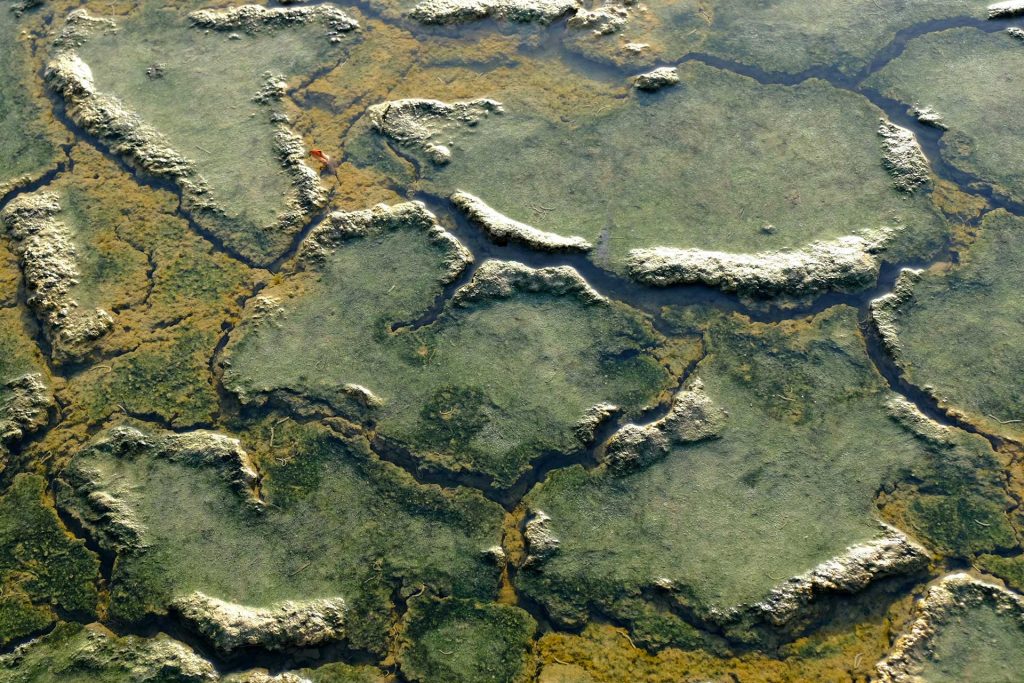 Restoring an ecosystem under pressure – Mangrove forests: the case for a science-based restoration

«If you recreate the conditions for mangrove growth like this, then the mangroves will come back on their own». In conversation with Dominic Wodehouse, executive director of the Mangrove Action Project

What if there was a place that helped the local community earn a living while providing that community with protection from sea-level rise and major storms? A place that sequestered more carbon than even tropical rain forests and filtered water for locals? A place that slows erosion, provides habitat for numerous species and food security for people? Places like this do exist.

They are mangrove forests, and they are a key ingredient for a healthy planet. The value of mangroves has long been overlooked. They are home to diverse species, but some of those species – mosquitoes, tigers and snakes, for example – can be scary and dangerous. They act as buffers between communities and storms, but they can be difficult to traverse. For hundreds of years, a lack of understanding of the importance of mangrove forests led to them being cut down to produce charcoal or cleared to make way for shrimp farms, tourist resorts and urban development.

An ecosystem under siege and restoration efforts

This lack of understanding persists today. In many places where mangroves once flourished, there now are only bald spots that deprive local communities of a valuable resource. Those trees were sometimes replanted, but with only a few of the dozens of species that make up a healthy mangrove forest. The successfully replanted areas then grew up to create a limited new growth mangrove forest that lacked the diversity of natural mangroves. Other places didn’t take at all.

Another challenge is urban development including homes, buildings and resorts as well as seawalls that limit the area that mangroves can flourish. Road building interrupts the hydrology of the forest, dooming the ecosystem. A large part of the limited success of restoration efforts happens because of planting the wrong species of mangrove in the wrong place, in straight lines, as if they were row crops on a monoculture mangrove farm. Those have little chance of surviving.

Mangroves grow in the intertidal zone, the area between the ocean and dry land, in tropical and subtropical regions around the world. Within that zone, they grow primarily on the top half, closer to dry land, leaving the bottom half of the intertidal zone mangrove-free. While plantation-style reforestation may work for some forests, for mangroves, the secret is in hydrology.

To have a successful forest grow up, you have to dig down. «Mangroves are reliant on good hydrology, the water coming in and out with the tide. It brings in nutrients; it distributes the seeds; it keeps the salt levels down; it brings in good soil bacteria, but also crucially, mangroves need to drain down for part of the tidal cycle. The soil has to dry out so that oxygen can get down into the soil so that roots can live», said Dominic Wodehouse, executive director of the Mangrove Action Project, an agency seeking to educate governments and communities on mangrove restoration to ensure that it is successful and that mangroves survive.

While some governments have been receptive to MAP’s science-based approach, not all have embraced it. «The single biggest challenge in this area is the complete disconnect between the ton of science and what happens on the ground. The governments don’t take the time to get the science out of the terrible form of a research paper and into a digestible form in the right language for their government mangrove agency field officers to read and absorb», Wodehouse said. Wodehouse noted that many forestry department officials have been trained in reforestation in a manner geared toward terrestrial forests. Planting trees in straight lines a certain distance apart in constantly submerged mudflats will not necessarily work.

There are dozens of species of mangrove, each adapted to certain conditions. Some prefer wetter, saltier conditions, others prefer drier conditions and sandier soils. In general, mangroves do better when the land is not flat, allowing trees to grow up hill and water to flow into troughs and drain out. That lets oxygen get down to the roots, improves the mix of species, creates dark areas and light areas and produces, in general, a more robust mangrove forest. «Mangroves need big wide channels for the water to come in and the water to drain out. This is the sort of thing we’re trying to mimic when we teach people how to restore mangroves. It’s not a question of planting in nurseries, it’s a question of digging these channels», Wodehouse said.

«If you recreate the conditions for mangrove growth like this, then the mangroves will come back in on their own and find the place that they’re supposed to grow». The movement of water also makes it easier for sediment to collect, building up the land and providing not only a place for mangroves to grow but also a buffer against rising sea levels, to a certain extent. That build-up of land that lets mangrove forests expand is important when finding the land to use for restoration efforts can be a challenge in itself, setting back recovery efforts before they’ve even begun. Ownership of the land is often unclear, and rather than sort through byzantine claims, agencies will sometimes simply push their restoration efforts farther out from the land, with mangrove seeds or seedlings stuck in the ground beneath water that does not recede, depriving the newly planted trees of the oxygen they need to survive.

Integral to the success of mangrove restoration is the local community. People who live in the coastal areas where mangroves grow are familiar with the forests, the seasons and the uses of the land. When aware of the benefits of a healthy mangrove ecosystem, the local community can serve as stewards to nurse the newly restored areas back to health and their natural state. «In our training we take people through biology and ecology to understand this whole process», Wodehouse said. « We try to encourage the appropriate site choice and site-species matching – the right species for the right site». Being involved also gives them a sense of ownership, and a vested interest in ensuring a positive outcome. While earning the trust of locals may take a long time, it can be worth it. Wodehouse pointed to a community in El Salvador that helped their own mangrove forest regenerate by digging 10 kilometers of channels to provide the forest with the right hydrology.

Once the restoration efforts have occurred, the goal is to get the forest to reproductive maturity, so it can survive well into the future. Communities are encouraged to zone their mangrove forests with, for example, zones where extraction of trees is allowed, zones where only extraction of other resources is allowed or zones where entry is prohibited, and to develop their own rules and sanctions with the support of local authorities. «So there is some legal clout behind it», Wodehouse said. «And encourage them to patrol, so other people from outside don’t come in and trash their mangroves. This community forest management is also vital to make sure that after your project, the mangroves are still there 10 years later or 20 years later». This type of community involvement is dependent on strong village leadership and the cooperation of the authorities.

Dealing with the urban development that limits the space mangroves have to go also requires the cooperation of authorities. As sea levels rise, mangrove forests would naturally grow higher onto the land but can often be blocked by homes, resorts and seawalls. Working with officials before they build things like roads and seawalls is imperative, but in some areas, the damage has already been done. In that case, agencies need to work with local civil engineers to do things like build culverts under roads to allow water to wash in and drain out.

Or to build breakwaters instead of seawalls. Seawalls not only cut the mangroves off from migrating, they also amplify the energy of waves that hit the seawall bounce back. Mangroves prefer low-wave energy sites, so a better solution is low-crested breakwaters that reduce the power of the waves coming in, Wodehouse noted. Blocks of breakwaters with spaces in between allow people to get their boats in and out and allow sediment to build up behind the breakwater, which eventually becomes firmer land that the mangroves can regenerate on.

An uncertain futureThough restoration efforts continue, the continued challenges paint an uncertain future for the forests. Sea-level rise continues to be an issue, and while mangroves can adapt to a certain extent, that depends on the rate of sediment being deposited, which itself can depend on a variety of factors. If the sea level rises in an area faster than sediment can accumulate, then those forested areas will drown. More uncertain is the effect of climate change independent of sea-level rise. While an increase in carbon dioxide levels makes plants more productive, a decrease in rainfall and an increase in temperature could negate that productivity. How and if rain patterns will change will vary from region to region. As storms and weather events become powerful, mangroves, which form a buffer between the sea and the land, will bear the brunt of those forces.

Those include high winds and also high water from storm surges that can erode soil, leaving little for the mangroves to cling to. «From a climate change point of view, we don’t really know what’s going to happen. We can only just try and restore mangroves as healthily and by the best forms possible, and then just keep our fingers crossed», Wodehouse said. Pressures on mangrove forests are as real today as they were decades and even hundreds of years ago when the forests were razed for charcoal production. Mangroves are valuable to the planet, housing numerous species, many of them endangered, as well as providing resources to help local economies survive. So the work continues, with MAP working with governments and other non-governmental organizations to restore these unique and important ecosystems. As Wodehouse said, «We try to make sure that what other groups are doing when they start their projects is ecologically, biologically sensible».

US-based non profit which collaborates with individuals and organizations at all levels to preserve, conserve and restore our world’s mangrove forests. Mangroves are vital for healthy coastal ecosystems in many regions of the world and research and studies are revealing the unique importance of these habitats to the planet. The Mangrove Action Project is dedicated to reversing the degradation and loss of mangrove forest wetlands and their associated coastal ecosystems worldwide. Its main goal is to promote the rights of traditional and indigenous coastal peoples, including fishers and farmers, to sustainably manage their coastal environments.