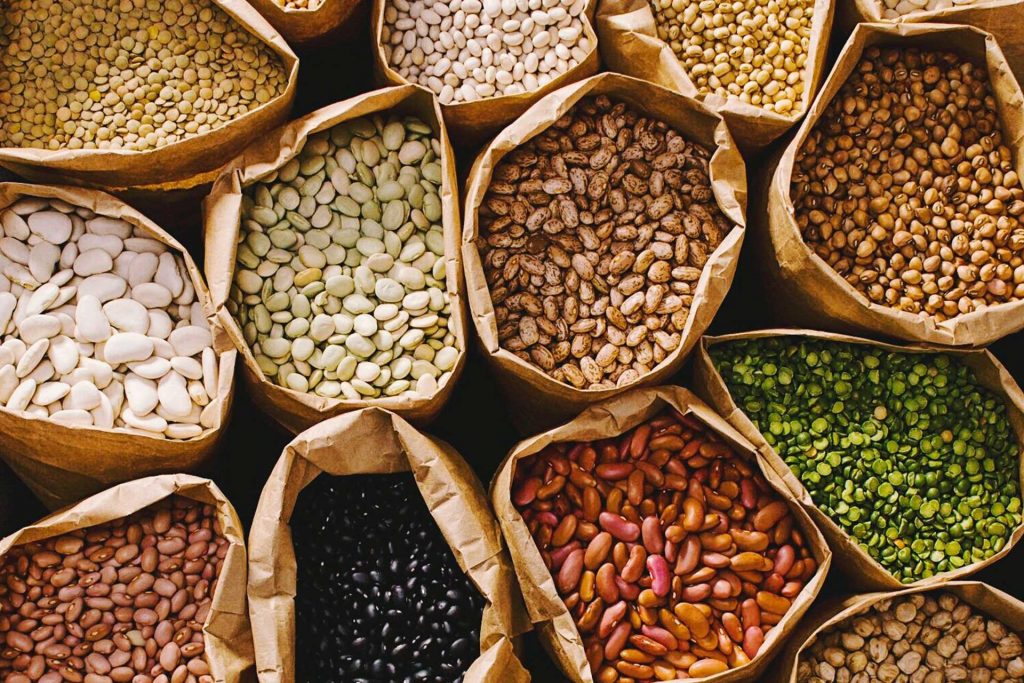 In the current food system, many traditional crops are disappearing, as they are considered unprofitable. Rediscovering them can keep local traditions alive and preserve biodiversity

Owning its name to the Brandenburg town of Teltow, it is related to the white turnip. It has a short, cone-like shape and yellowish-white flesh. In its heyday, this German delicacy was enjoyed by Johann Wolfgang Goethe, Theodor Fontane, and Immanuel Kant. During the GDR period, due to its labor-intensive cultivation, it was seen as unprofitable and it became the prerogative of a few amateur gardeners, who saved it from oblivion. The nonprofit organization Slow Food added the Teltower turnip to their Ark of Taste, a catalog of local, traditional products at risk of disappearing. This project aims to put them in the spotlight and inform consumers about the risk they might disappear within a few generations. The World Checklist of Vascular Plants records around 350.000 accepted species, 325.000 of which are flowering plants. In 2019 botanists encountered and registered 1.942 species of plants on the International Plant Names Index. Scientists believe that more than 90 percent of the species are yet to be discovered, and they estimate that between 2.2 to 3.8 million plant species inhabit our planet. As scientists investigate the Earth ecosystems searching for new species to add to humanity’s herbaria, many plants are becoming extinct: scientists appraise that two out of five plants are threatened with extinction. The loss of biodiversity constitutes an issue for humanity, as it contributes to food and energy insecurity, increases vulnerability to natural disasters, reduces the availability of water resources, raw materials for energy production, and medicinal resources.

The issue of the loss of biodiversity

«Without biodiversity, ecosystems are fragile. At first glance, a monoculture may seem impressive: thousands and thousands of hectares, where only a single crop variety of almond, soybean, or corn is grown. In reality, these ecosystems are flimsy. All it takes for them to be fully destroyed is unexpected bad weather or a virus. Because without biodiversity an ecosystem cannot defend itself», says Simona Milano, Slow food Secretary-General for Biodiversity. «Biodiversity allows the ecosystems to survive unexpected events. If some varieties do not survive a frost or a drought, there will be others that will not only survive, but will also adapt. Now more than ever, because of climate change, we need ecosystems that are capable of adapting to extreme weather». A heterogeneity of crop species and varieties has allowed agriculture, and humanity, to flourish for a significant part of our history. «The history of agriculture spans more than 10.000 years. During all of these years, farmers have selected thousands and thousands of edible plant varieties. In the last 70 years, intensive agriculture has focused on very few commercial hybrids».  According to the Food and Agriculture Organization of the United Nations, 75 percent of crop diversity was lost between 1900 and 2000. «Our diet has been impoverished, and it is now based on just a handful of species and a few varieties. This is a loss from an environmental point of view: local varieties are much more sustainable, as they are those that have adapted better to their territory and therefore need less water, fertilizers, and pesticides to thrive. Instead commercial hybrids, which can be grown anywhere from Australia to Norway, need more inputs and have a much heavier environmental footprint», affirms Milano.

The loss of edible plants inflicts humanity a severe damage

Aside from its practical purpose of sustaining and strengthening any ecosystem by providing services such as pollination, seed dispersal, climate regulation, and water purification, biodiversity adds cultural value to humans. Natural ecosystems also yield aesthetic value, contributing to our emotional well-being. Landscapes are part of the local history and culture, nurturing and cementing each human’s relationship with the place they inhabit. By enriching cultural traditions, biodiversity helps to prevent the disappearance of local cultures. For these reasons, the loss of edible plants, threatened by habitat loss, climate change, invasive species, and diseases, inflicts severe damage. Local edible plants are a cornerstone of the traditional cuisine of any area, and therefore part of the region’s culture, tradition, and history. Adverse environmental factors are not the only cause of non-edible plant loss, as produce is threatened by human factors as well. Traditional fruits and vegetables face the risk of disappearing when the skills and knowledge needed to farm them belong solely to a handful of elderly farmers, due to a loss of generational transmission. Changing trends in consumption and the presence of similar industrial products on the market can also reduce the profitability of traditional products, making farming unlucrative, and threatening their very existence. In the last few decades, industrial agriculture has prevailed.

Paradoxically, a third of the food produced for human consumption is wasted, whether during the post-harvest, transportation or because it expires or rots. Milano explained «The varieties have been selected with the global market in mind, not the local one. For this reason, long-life, standardized goods that are easy to transport are preferred». Industrialization is what almost wiped the Teltower turnip (Brassica rapa var. teltowiensis) out of existence. This root vegetable is a variety of Brassica rapa, a biennial edible plant that is cultivated worldwide. The Teltower turnips thrive best on nutrient-poor, clayey, sandy soil. Brandenburg, a state in the northeast of Germany is the only area where the Teltower turnips are cultivated. Farmers sow this vegetable in August, and its harvest starts in October. Thanks to its frost tolerance, the harvest lasts until the beginning of spring.  The Teltow turnip has a small, slim and conical shape with a main long pointy root and fine side roots. Its diameter is about two or three centimeters, and six centimeters long. The color of its outer-shell ranges from grey to brownish-white and the flash is yellowish. Its taste is radish-like: aromatic and delicate with a hint of spiciness.

Lampoon review: the origin of the Teltower turnip

The Teltower turnip originated in Poland and Finland, but it is associated with the city of Teltow, the most populous city in the Brandenburg district of Potsdam-Mittelmark. Located on the south-western outskirts of Berlin, Teltow was first mentioned in a 1265 deed issued by Margrave Otto III of Brandenburg and it was later recorded in Charles IV’s land register of 1375. The root vegetable appeared in the Brandenburgisches Kochbuch published by Maria Sophia Schellhammer in 1692, and after the 1711 fire, its production flourished. During the 18th and 19th centuries, these turnips were considered a delicacy. German writer and statesman Goethe found them delicious and had them sent from Brandenburg when he was in Weimar. Kant was also fond of the Teltower turnip, and his pupil Kaiserwetter regularly supplied the professor with this vegetable. Theodor Fontane mentioned it in a poem about the delicacies of the region in 1898. The French knew and appreciated this root vegetable too, which appeared as “le Navet de Berlin” in a Traité des Jardins published in 1789.

The conviction that large-scale enterprises are more efficient than the small ones had a profound impact on the GDR agricultural policy, resulting in the establishment of large farms and the industrialization of agriculture. The Teltower turnip harvest and the post-harvest work are labor-intensive and its entire cultivation needs to be carried out manually. For these reasons, the plant was hardly grown during the Cold War, as the cultivation of these turnips was seen as unprofitable by the cooperatives of the time. Private gardeners kept on cultivating them during this time of industrialization. Thanks to their efforts, the 300-year continuity of the cultivation did not stop and the Teltower turnip survived, allowing us to rediscover it after the Reunification.

The name ‘Teltower Rübchen‘ became a trademark in 1993. In 1998, a support association for the Teltower turnip was founded. In 2008, the turnip was included in the Ark of Taste. The Ark is an international Slow Food project that highlights and promotes local and traditional products. Industrialization, climate change, changing consumption patterns, and the abandonment of rural areas are changing our food landscape. As a result, the production of these foods, which is carried out by small, family-based businesses, is at risk of disappearing.