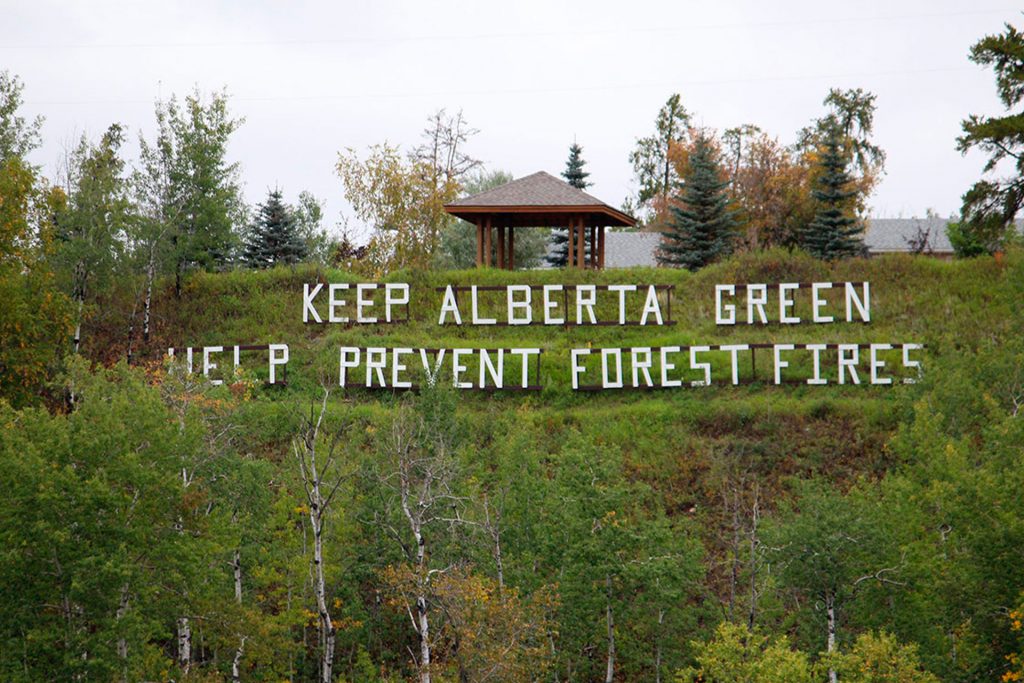 Trees store carbon, but as soon as they are cut or burned, that carbon returns to the atmosphere

Daimen Hardie is the executive director of Community Forests International, alongside designing climate action strategies for the EU. «Tree planting is this thing that we do to give back to the world but the process of bringing a forest back is an intergenerational process. These forests take decades, if not hundreds of years to be restored. Planting the tree is one of the first steps», says Hardie. If tree planting is not supported by protection and care, forests can do more harm to the climate than good. Hardie’s home country of Canada is a prime example of forest potential, but also the drawbacks of poorly managed or unprotected forest areas. «Canada has huge forests and forestry industry, and the potential for Canada’s forests to be this global carbon storehouse are vast», says Hardie, «But under business-as-usual that is not the case». Canada has the second-largest forested area by country on Earth, but reports show that Canadian forest lands are making climate change worse. Trees store carbon, but as soon as they are cut or burned, that carbon returns to the atmosphere. A combination of forest fires, insect infestations, and natural disturbances has caused Canada’s forests to emit more carbon than they sequester. In 2016, Canada’s managed forests emitted seventy-eight million tons of carbon dioxide equivalent. In 2016, wildfires in the community of Fort McMurray in Alberta, Canada damaged or destroyed over 4,000 homes and caused 88,000 people to evacuate. Upon investigation into the fire, scientists linked back to drainage of the area’s peatlands for tree plantations in the 1970s. The combination of dried peatland with plantations of spruce trees caused forest fires that were not considered extinguished for over 400 days. Vast amounts of carbon were dumped into the atmosphere, which could have been prevented if the 40-year-old plantations were managed with more care. Water drainage and risk of forest fires must be considered for the long-term health of forests and their ecosystems. «Humans are one of the biggest forces on the planet, and we need to take responsibility for responding to natural disasters and take some responsibility for protecting our forests against those natural disasters», says Hardie.

Clearcutting for the logging industry: a factor in carbon release into the atmosphere

It is cheaper and easier to cut down whole areas of land, but that kills off wildlife habitats and threatens balanced ecosystems. «In Canada, we have managed our forests like farms», says Hardie, «making our decisions based on shorter-term profits or shorter-term fiber output, and we have not been managing them for climate security or carbon drawdown».  There are methods where forests can be logged and remain healthy though. Hardie emphasizes that these alternatives to clearcutting can contribute to carbon drawdown, through «harvesting in a way that lets a diverse species come back and thrive». This kind of intervention can increase carbon storage in a forest.

Land ownership and legal rights are also part of the protection and restoration equation, both in Canada and around the world. «It is valuable to protect forests in the long run. We must control the land that we plant on», says Felix Finkbeiner, founder of Plant-for-the-Planet. In Canada, Community Forests International purchases and protects land through a carbon offsetting scheme. With donations from companies hoping to lessen their climate impact, Community Forests International buys and manages areas of endangered Acadian forest in the Canadian Maritimes. «We have protected over 1000 acres of old Acadian forest, which is this special type of endangered forest in the Maritimes, through partnerships with companies that want to demonstrate leadership on climate, and on social responsibility», says Hardie. They then pursue conservation easements; legal deeds that ensure the land is protected from clearcutting or other damaging practices in the long-term. In cities, individual tree planting needs forethought. Risk of damage from construction, vandalism, air pollution, and poor maintenance create a higher than average mortality rate for urban trees. For city trees to survive their environments, they must be planted with root space for the mature tree. When roots outgrow their given space in paved areas, they damage infrastructure and are at risk of harm. During a tree’s lifetime, it could be disturbed by digging for cabling or plumbing. Underground damage often results in the tree dying, sometimes a year after the injury. It is hard to link tree death to the cause, so future-proofing in the form of spacing and legal protections are ensure the plant’s longevity.

A report in Scenario Journal on urban tree planting revealed that in New York and Sacramento, over a quarter of trees from planting programs had died within the first five to nine years due to poor care. This not only represents carbon release, but also a financial loss for the governments that invested in the programs. The tree planter’s maxim is the right tree in the right place. Consideration of the type of tree and where it is going will aid the long-term health and protection of urban and rural forests. In the north of Ireland, industrial-level planting of non-native Sitka spruce trees has reduced biodiversity. The evergreens have grown tall and wide, choking out light to native tree species and eliminating food sources for other wildlife. When individual tree species are over-planted in urban areas, the trees are at risk of pests and diseases such as the emerald ash borer, and amounts of canopy cover can be lost. An alternative way to protect trees is by not planting at all—clearing the land, ensuring it is protected, and getting out of the way to allow for regeneration. This works particularly well in tropical areas such as the Amazon, and areas bordering existing forests where an array of plants will be seeded naturally. Trees that grow in the wild develop more natural resilience. Although governments are quick to produce tree planting goals, a top-down approach does not always yield the highest results. A local community must be invested in protecting their new and existing forests.

Lampoon reporting: the Land Back movement in Canada

«The science proves that communities and other collective communities do a better job of keeping forests intact over the long term, including the life-giving services of those forests, carbon storage being one of them», said Hardie. The Land Back movement in Canada will promote healthier forests across the nation, as indigenous communities that have a value for nature, and experience stewarding the land, are entrusted with the care of their land. In Latin America and Africa, this has proven to be true, as secure land rights have been linked with higher rates of forest restoration and protection. In the UK, the Tree Council has seen success in urban and rural environments through tree wardens; volunteers who plant, care for and advocate for trees that are at risk. Tree wardens have planted over 7.5 million trees in community efforts across the country. Daimen Hardie describes how the focus of Community Forests International in Canada was inspired by their work in Zanzibar. «When they restore a forest, they know that part of that restoration process will involve creating income and jobs, and they will harvest some of the forest that they restore to pay for the things that their family needs», says Hardie. Community Forests International works together with locals to reforest degraded areas, implementing practices such as agroforestry, where forest crops can be sold, creating food, energy, and livelihoods. «The idea that we can put up a fence around nature in one area, keep people out, and then in all the other parts of the landscape have destruction is not going to get us to a good place», says Hardie. When workers and landowners have a vested interest in forest health and biodiversity, a reciprocal relationship is possible. In both rural and urban forests, community involvement is important for tree protection, biodiversity, and carbon drawdown. These protection measures combined will impact tree health for generations to come. «The best way to protect trees–the hardest to effect–is to change our relationship with forests, and the world, to one that is reciprocal and about caring about thinking of the future», says Hardie, «When we can affect that cultural change, then that is what is going to change the world».

Community Forests International is a charity that works with sustainability in forests. The CFI headquarters is located in Sackville, New Brunswick, Canada. The organization was founded in 2007 by Jeff Schnurr. After traveling to over 35 countries and working as a Canadian tree-planter, Jeff landed in Pemba, Tanzania.