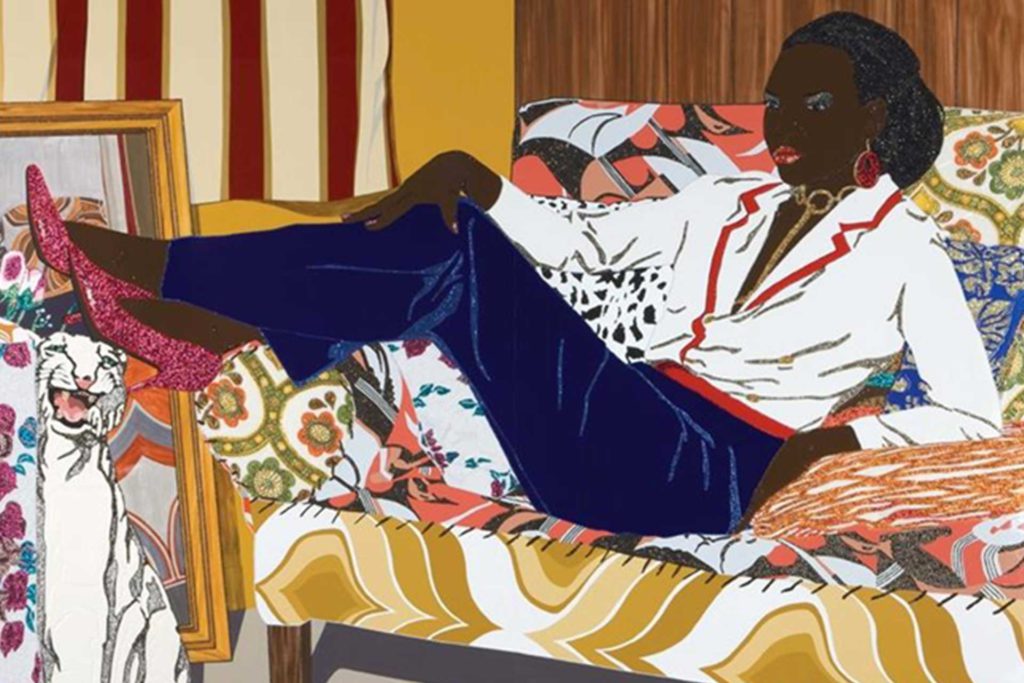 Arnsdorf, Melbourne. A journey in openness and transparency within a fashion brand

Through the sleek designs reminiscent of architecture with modular influences, the production practices in the garment and fashion industry prompted Arsdorf’s involvement in the ethical production of clothing

«My creative background stems from my childhood. My parents worked in the arts, and I succored to the trade. They came to know each other in art school – my father pursuing photography and my mother specializing in painting. The household I grew up in cultivated this appreciation of the arts within me», shares Jade Sarita Arnott. Creative director and owner of Melbourne based brand Arnsdorf, Arnott shares its birth to have begun in the year 2006.

The brand derives its name from her grandfather, who had changed his surname prior to relocating to Australia. The owner shares that in doing so, she has allowed for her family name to carry on and be immortalized through her work. Producing womenswear collections since its debut, the label has shifted its ethos over time – following it through its production process.

Arnott pursued a degree in fine arts at the Victorian College of Arts in Melbourne University. She elucidates to have a net of creative pursuits that led to the formation of her brand. «It was through Arnsdorf that I was able to collate my interests and skills that I have developed over time». Arnott explains that the ability for an individual to ascertain meaning for themselves whilst exploring their identity further motivated her choice to carry forth with her label. «My belief is that fabrics and clothing pieces are a tool to convey stories. It functions in the manner of art», shares the owner.

Arnott was able to sustain herself through her schooling years. She, in fact, formatted her venture into the design and fashion world through the creation of jewelry pieces while in her fine arts degree. Arnott’s ardor for designing and creating wearable jewelry items led it to being stocked by retailers in the area. An added to her motivation to her craft as a designer.

Upon graduating from her degree, Arnott then travelled to Indonesia for the span of nine weeks. Here, upon returning to Melbourne, she came to the realization of the fashion landscape in the area. «Having had time away from Melbourne and coming back to the city, I came to see that the designs of clothing and accessory items shared similar contrasts. It was then when I decided on forming a label that could cast an offering to those seeking a difference».

Arnott wanted to hone her craft as a designer of clothing. She therefore enrolled herself into the design school at the Royal Melbourne Institute of Technology to pursue fashion design. Upon the completion of her time at her degree in fashion design and founding Arnsdorf, Arnott’s pivoted her focus to the celebration and the empowering of womanhood, and operating a fashion label with a green and transparent mindset.

The sourcing of materials and accessories

Through the sleek designs reminiscent of architecture with modular influences borrowed from the world around her, the questionable production practices in the garment and fashion industry prompted Arsdorf’s involvement in the ethical production of clothing. «As a brand, Arnsdorf operates under three pillars – ethical production, transparency and sustainability. There is a harmony in design output and how we exist as an ethical brand that is environmentally led». Arnott explains that her stance in aligning herself and Arnsdorf in being ethical was first sparked at her time in fashion school. Here, in fact, she had taken on an elective in sustainability.

The brand applied – on a scale – some ways to ensure that it was practicing a sustainable mode of function. Nevertheless, the practice was not in full effect at the time. Arnott explains that the sourcing of materials and accessories for the clothing pieces of Arnsdorf were from manufacturers in the area. To align themselves with their goal to remain green, the brand partook in sourcing their materials from manufacturers. These sourced and made the items in an ethical manner while compensating their workers livable wages.

The collapse of Rana Plaza in Bangladesh

Over time, Arnsdorf grew in size, prompting Arnott to initiate a second Arnsdorf design studio in New York City. «At my time in New York, the label was getting stocked across boutiques and it was, therefore, gaining traction. It was in 2012 when I decided on halting Arnsdorf from creating any further collections». As Arnott elucidates, she had observed first-hand the wastage produced by the garment and fashion industry on a global scale. Along with the added collapse of Rana Plaza in Bangladesh at the time – due to remiss behavior from the end of the producers – Arnott felt best to take a step back and re-evaluate how she was to carry forth with Arnsdorf as a label.

«The fluctuation in trends and designs that came and went added to the wastage within the industry. Collections released a season ago would be on sale three months down the line». Arnott spent time seeking out roles in other creative pursuits while balancing motherhood. She was unsure of her return to her role as a designer and creative director of her brand. Pouring her time into furniture design and photography, she worked for Apiece Apart, spurring and rekindling her interests in the craft of design in clothing ware.

Her choice in returning featured a set of principles that Arnsdorf follows through today. Transparency in means of conducting the brand and procuring materials to form clothing pieces. Arnott shares that while she was not importing and manufacturing labor from Bangladesh prior to the Rana Plaza incident, she was struck by the devastation caused by it. Upon relaunching Arnsdorf in 2017 after its period of torpor, Arnott employed the assistance of pattern cutters as well as a team of seamstresses for Arnsdorf’s atelier in Melbourne upon returning from New York.

Having operated out of their atelier in Collingswood, Arnsdorf instituted their physical store space in Fitzroy. Adjacent to the location from where they began.  Arnott’s focus to render clothing catered for women comes from her know-how and her experience of wearing and constructing clothing. Experimenting with fabrics, sewing the items with the assistance of the atelier, and making modifications to the styles of the pieces allowed room for expansion in Arnsdorf.

«We see the label constructing clothing in the line of menswear in the future and not as of now. This is due to the financial constraints that comes with being a slow-fashion brand. To complement the use of the garments, Arnsdorf has therefore curated gender-neutral silhouettes in sizes».

On their online platform, clothing pieces come with set images that offer a multitude of visual renditions of the garments available. In its description box, the clothing is accompanied by a section of ‘Transparent Costing’ and ‘Who Made This Garment’. Further, a breakdown of the individuals designing and assembling the garment is followed through with a bullet list of the costs and labor poured into the piece. A means that Arnsdorf upholds to sustain their compliance with transparency.

The slow-fashion ethos is also fulfilled through their commitment to releasing two collections within the span of a year. A step apart from their peers in the industry that are churning out numerous seasons worth of clothing. Arnott shares that there is an honor and acclamation to the assiduity of the designs of the clothing pieces. In upholding this practice, garments in Arnsdorf do not go on sale. Items come in limited quantities and are replenished according to season and demand. A step in reducing wastage and overconsumption.

An array of their clothing pieces, in fact, remains over the years and collection pieces are in limited quantities. Standing itself apart from the multifarious brands and labels in Australia and on a global scale through the means of slow-fashion has allowed for the growth of Arnsdorf since its relaunch.

Borrowing design aesthetics from designer and architect Eileen Gray, Arnott has incorporated a geometric design language within her clothing. In its upcoming season, Arnsdorf has paid homage to artist Lawrence Carol’s, choreographer Pina Bausch’s, and western independent films like My Own Private Idaho and The Thing Called Love.

The connection between place and nature urged Arnott to evoke these expressions into the Resort 22 collection. Applying tonal-blues and earth brown colors and weaving the essence of menswear into her collections, Arnott has shown the evolution of Arnsdorf and its chrysalis over time since its launch in 2006.

First established in Melbourne in 2005, Arnsdorf has since developed a following away from Australia at the behest of its owner and Creative Director, Jade Sarita Arnott. A curator of slow-fashion, Arnsdorf is a celebration of womanhood. It also features the ethos of creating articles of clothing that stand the test of trends and time.