Marketing Manager Eva-Maria Zöggeler describes the «Eco, not ego» philosophy behind the structure, in which the borders between nature and architecture are blurred

At one-thousand-and-five-hundred meters above sea level, in the Italian region of Trentino-South Tyrol, is Vigilius Mountain Resort. The structure is located on Monte San Vigilio/Vigiljoch. At its foot, the town of Lana, only eight kilometers away from Meran. Lana is the largest town in the South Tyrol area, known for its hiking activities and local cuisine. «It’s a quiet place, but not a boring one» remarks Eva-Maria Zöggeler, Marketing Manager at Vigilius Mountain Resort.

The hotel offers a panoramic view of the Etschtal, the Dolomites and the surrounding Alps. The only way to get to the structure is through a seven-minute trip on the cable car, which brings guests from Lana to the hotel. Vigilius Mountain Resort opened in 2003. Before, the structure hosted another hotel, Berghotel Vigiljoch, built in 1912.

Ulrich Ladurner is Vigilius Mountain Resort’s owner. Ladurner is an entrepreneur from Meran, founder of Dr. Schär, a company providing celiac individuals with gluten-free food. He decided to purchase it, as he had always had a fascination for the structure, starting from his childhood.

The «Eco, not ego» and «simply: be» philosophies

Later, he asked South Tyrolean architect Matteo Thun – founder of Matteo Thun & Partners, a multicultural architecture and design firm based in Milan – to design it following the «Eco, not ego» philosophy. Nature creates the hotel, not human beings. Their aim was to develop a durable structure. Zöggeler declares that designing Vigilius Mountain Resort represented a challenge.

The location, in fact, is only reachable by cable car and is characterized by a one-thousand-and-two-hundred meters difference in height. For this reason, one could describe Vigilius Mountain Resort as «an island up in the mountains». About this aspect, Zöggeler remarks that «when clients arrive at the hotel, they leave all the stress and pressure down at the valley and immerse themselves into nature. Here, they can be their true selves». That is why the expression «simply: be» summarizes the concept behind Vigilius Mountain Resort.

Nature and silence are the aspects characterizing clients’ stay at Vigilius Mountain Resort. The borders between nature and architecture are blurred, as the two elements represent one single entity. «If guests come from the other side of the mountain, they don’t even recognize the structure. They have to look for it». Glass represents one of the main materials. So that clients can see nature not only from the outside, but also from the inside. The other three materials chosen for the development of the hotel are wood, stone (silver quartzite from Trentino-South Tyrol) and clay.

Local Larches provide the wood. This type of tree also characterizes other areas of the structure, such as the whirlpool facility of the Spa. Rooms’ walls feature clay and the material covers some other walls of the hotel as well. It was found while developing the structure. Minimalism characterizes Vigilius Mountain Resort’s design. There are not many decorative elements, in fact. Natural lines mix with discreet shapes. The energy, atmosphere and quietness of the structure mark clients’ experience at Vigilius Mountain Resort.

Even though the hotel is large in size – fourteen-thousand square meters of total surface area – it features only forty-one rooms. The presence of several wide spaces makes clients feel as if they were alone inside the structure. «It’s a feeling one cannot describe through words. One has to experience it», Zöggeler says. Further, the structure promotes a digital detox philosophy. Since its foundation, rooms at Vigilius Mountain Resort don’t provide their guests with televisions. Further, wi-fi is turned off at 11pm and turned back on at 7am.

Cultural activities also take place at Vigilius Mountain Resort. The Alto Adige Schiava Trophy, for example, acknowledges the best Schiava wine coming from the area every year. The hotel hosts concerts and workshops, as well. Clients can also book the structure in its entirety for events and meetings. Especially, during the low season.

An infinity pool with panoramic glass fronts overlooking the Dolomites characterizes Vigilius Mountain Resort Spa. Saunas – including the Finnish type – and a steam bath are also to be found there. Further, carafes of mineral spring water coming from Monte San Vigilio/Vigiljoch, apples from South Tyrol and a selection of teas complete the experience.

Stube ida and Restaurant 1500 represent the culinary proposals of Vigilius Mountain Resort. The former welcomes both internal and external guests during the day. Chef Daniel Breitenberger runs it, promoting a traditional South Tyrolean cuisine. The restaurant represents the local heritage through the use of raw materials coming from the Ulten Valley, Meran and Lana. Everything is sourced within a twenty-kilometer area. Further, a one-hundred-year-old tiled-stove – from the previous hotel – and three-hundred-year-old-wood are the elements marking Stube ida.

The latter, Restaurant 1500, is a location offering a panoramic view and gourmet proposals. A mix of Italian, Alpine and international dishes characterizes the menu developed by chef Filippo Zoncato. The professional follows a nose-to-tail philosophy. Every part of the animal is used, also the ones that are more uncommon, such as the liver.

«Our vision is to stay as we are. We want to keep developing our service, always raising the standards of quality. But, at the same time, we don’t want our structure to frequently change. When guests arrive here, they have to feel like home, as everything remains the same. They have to feel like they are coming back to a familiar place». Zöggeler remarks the importance of team culture. A staff made up of forty collaborators, coming from ten different countries spread across all continents. One of her fondest memories linked to the hotel is the development of the fifteenth anniversary celebration of Vigilius Mountain Resort in 2018.

In 2010, the hotel received the CasaClima Classe A award, being the first structure in Italy with this acknowledgement. From 2015 Vigilius Mountain Resort has become part of EarthCheck, an international group working in the field of sustainable tourism. In January 2021, the hotel received the Gold certificate from the establishment, being the first in Italy and the third in Europe. «We are extremely proud of having received these acknowledgements. The Gold certificate gives us motivation. But this doesn’t mean that we have to stop. On the contrary, it shows that we have to work even harder towards sustainability».

Vigilius Mountain Resort is a five-star hotel located one-thousand-and-five-hundred meters above sea level up on Monte San Vigilio/Vigiljoch. It is reachable only through cable car from the town of Lana. 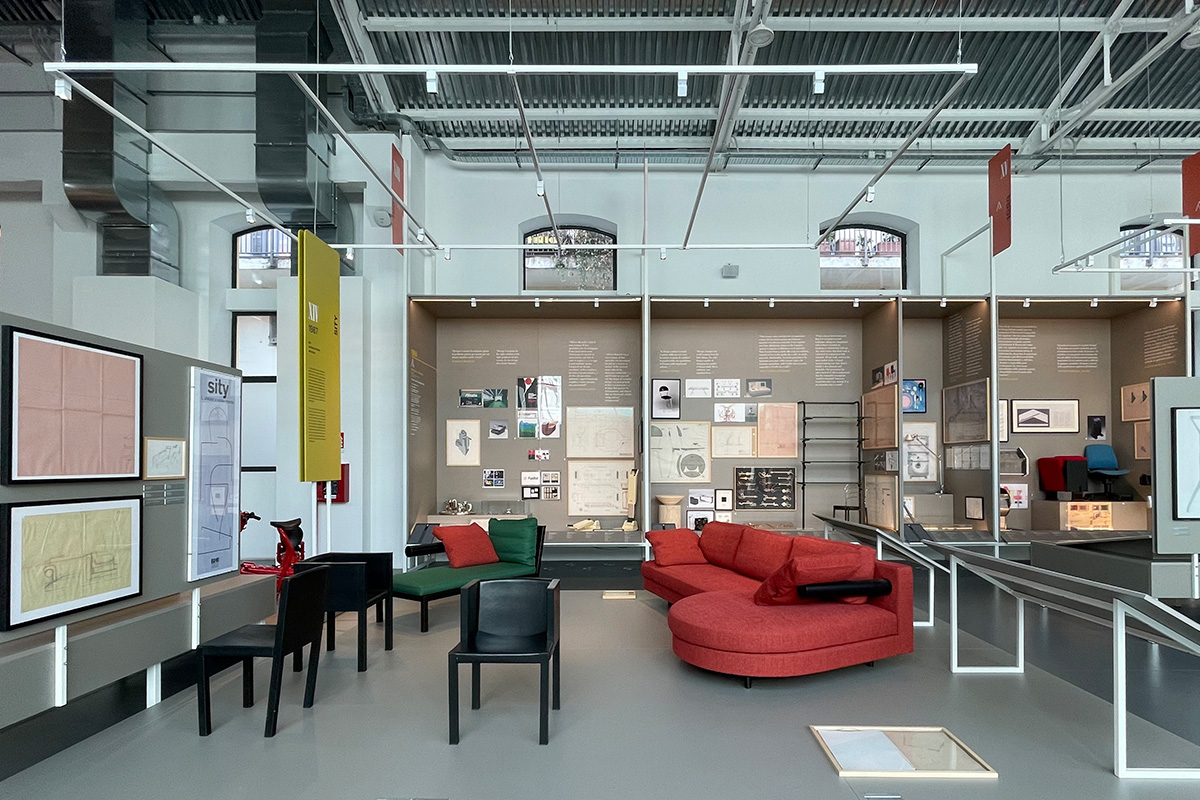 ADI Museum, Milan. A design museum, the story of over 70 years of Made in Italy

Born in the middle of the pandemic, ADI is the first design museum in Milan born from the collection of the prize Compasso d’Oro established by Gio Ponti in 1934 ReA! Fair 2022: «Art that is political-erotical-mystical»