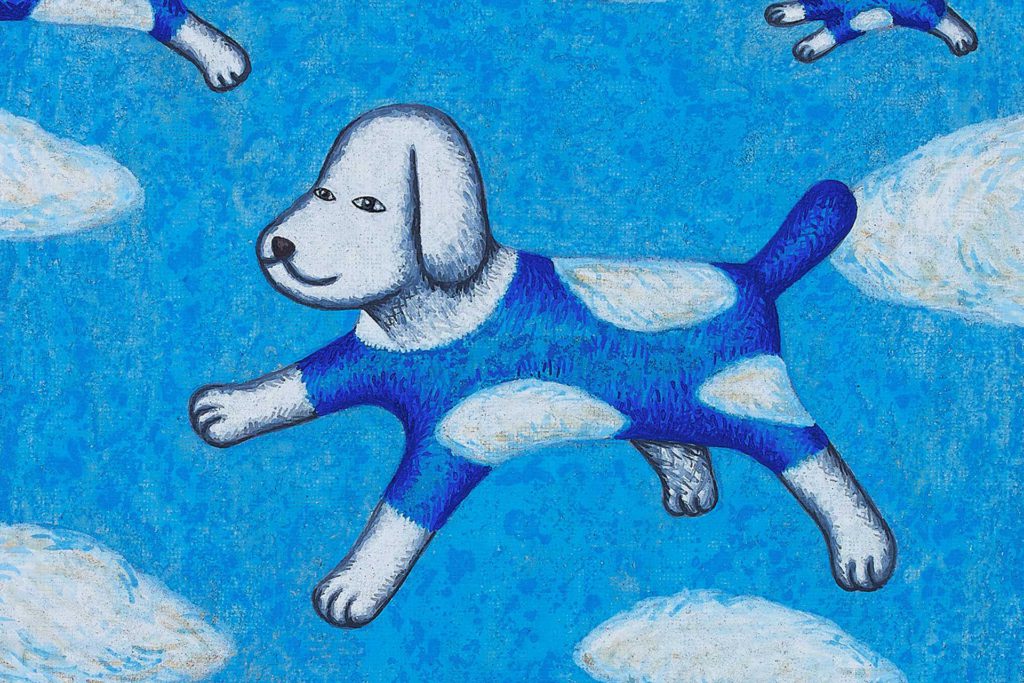 Koganecho Art Book Bazaar, Japan. For the mixture of arts and functions

Thirty minutes south of Tokyo, Koganecho is part of a non-profit organization aiming to promote the arts and provide a safe space for children and adults alike

It’s not often that you are free to browse thirty thousand art books in one place. But at Koganecho Art Book Bazaar you can do exactly that. The bookstore in the seaside town of the same name is half an hour south of Japan’s capital city Tokyo. It is also a thirty-minute train ride from the country’s largest airport. Koganecho Art Book Bazaar has become a go-to place for artists and lovers of books and all things art alike.

The bookstore opened its doors in 2009 as part of a whole complex dedicated to the world of arts. The foundation of the non-profit organization running the place, Koganecho Area Management Center, took place the same year. Its aim was to revitalize the area and make it a safer space for both children and adults.

Besides the book store, the building also houses a permanent gallery space. Further, studios for resident artists, both from Japan and from abroad are to be found as well. Koganecho invites them on a regular basis to showcase their artworks and take part in workshops and talks. «Koganecho Art Book Bazaar is a meeting place for artists. A place where they can gather, work together and socialize. Many people coming to the bookstore are artists as well», says Eri Hirashita, who runs the shop.

Eri is part of the arts community herself. A painter for many years, she used to be a regular customer at Koganecho Art Book Bazaar. She then started to work at the shop. Unsurprisingly, she knows many of the artists selling and exhibiting their works in person. She is therefore happy to provide background info on them to everyone stopping by.

«We have thirty thousand books in store, mainly second-hand, but also some new ones», she explains, guiding Lampoon through the shop. «While there are stores like ours in Tokyo, this is the only one of its kind in our city». The majority of the items on stock come from art lovers. These gave them away due to lack of space at their own homes. «We mainly get the books from curators and art critics in the area», Shingo Yamano, the director of Koganecho Area Management Center says. «Everything here is art-related. We mostly sell books about contemporary art. About half of them is Japanese, the other half from around the world».

Shingo is an arts and book lover who managed to turn both his passions into one job description. He is responsible for organizing the exhibitions at Koganecho Area Management Center. But, he also manages the day-to-day business of the accompanying shop. While showing us his favourite item on sale, a book on Picasso from 1926, with all pictures in black and white, he tells us the backstory of Koganecho Art Book Bazaar.

«When the store first opened, we had help from a couple of shop owners in Tokyo. They provided us with books we could sell. It felt like a kind of book bazaar and we also wanted to include our city in the name. So we decided to name the shop Koganecho Art Book Bazaar, even though it’s a bit long».

Besides the books itself, the store also sells artworks by thirty-nine different artists. Everything from tote bags to t-shirts, from bandanas to keyrings, balloons, posters and postcards. Among the current bestsellers is a book on the Corona pandemic by a local artist. She wrote one line a day about her experience cut off from the world as we all knew it.

According to Eri Hirashita, most of the artists selling at the shop either live in the area or had a residency at the organization at some point. Apart from the regular repertoire being sold, there’s currently also a collection of artworks from Myanmar in stock, which she is especially proud of. A hundred percent of the profits go to organizations supporting the local communities in the country.

Talking about globalization and international vibes, the customers at Koganecho Art Book Bazaar are as diverse as its books and artworks. Pre-pandemic, the town in the outskirts of Tokyo was a tourist hotspot. The reason was its proximity to the capital and its artsy and trendy scene. Koganecho Art Book Bazaar mirrors its popularity with the majority of the customers being visitors to the city or to Japan.

While the borders are currently closed due to the Corona pandemic, internationals still make up a big part of the store’s daily customers. «Koganecho has the largest number of expats in the whole country of Japan», Eri says. «There are people from all over the world working and living here. Many of them are part of the art scene themselves or have an interest for the arts». What’s more, like most businesses, Koganecho Art Book Bazaar experienced a boost of its online shop as a result of the COVID-19 pandemic and the country being closed off for many of its regular crowd.

The website continues to flourish and now makes up an integral part of the shop’s income. Unlike other businesses, Shingo Yamano has no intention in replacing the physical store by an online one at some point. On the contrary, there’s currently plans to open an additional outlet. «We are trying to set up a second shop within five minutes from Koganecho Art Book Bazaar», he tells us.

The simple reason for the expansion plan is a lack of space at the current place. «We have a lot of exhibition books and we would like to lay them flat so that people can look at them. The new place we are looking into also has a second floor which we might turn into an art room». The owner would like to welcome customers at the new store sooner rather than later. Despite this, there is not a concrete date for the potential opening yet.

The value of printed books in the twenty-first century

Neither Shingo Yamano nor Eri Hirashita have concerns about the long-term future of the book market – and their own store. One reason for that is that, according to them, the average Japanese still values printed books a lot more than Europeans or North Americans. «Last year, seventy-six percent of all books being sold in Japan were print editions», Eri explains.

«Digital is rising in Japan as well, but not as quickly as in other countries». As Shingo further points out, most of Koganecho Art Book Bazaar’s stock couldn’t be downloaded on Kindles and other digital readers anyway. «We mainly sell second-hand books and many are quite old. A digital version of the printed copies doesn’t even exist».

What’s more, Koganecho Art Book Bazaar isn’t ‘just’ a traditional book store. With Covid cases slowly falling, they have restarted their event programme. Apart from artist talks and workshops for teenagers and adults, they now also run workshops for children in the area, especially during holidays. «During the summer holidays, the local children knew they could come to our shop to play. We would show them how to make masks and a lot of other things», Eri Hirashita says, showing us some examples.

«Usually, in our town, areas for children only feature schools and playgrounds. But we wanted to provide a safe space for them. While they are playing, books and artworks surround them». Taking into consideration the natural curiosity of children, it’s probably safe to say that many will use the opportunity to explore their surroundings. They might even turn into regular customers later in life.