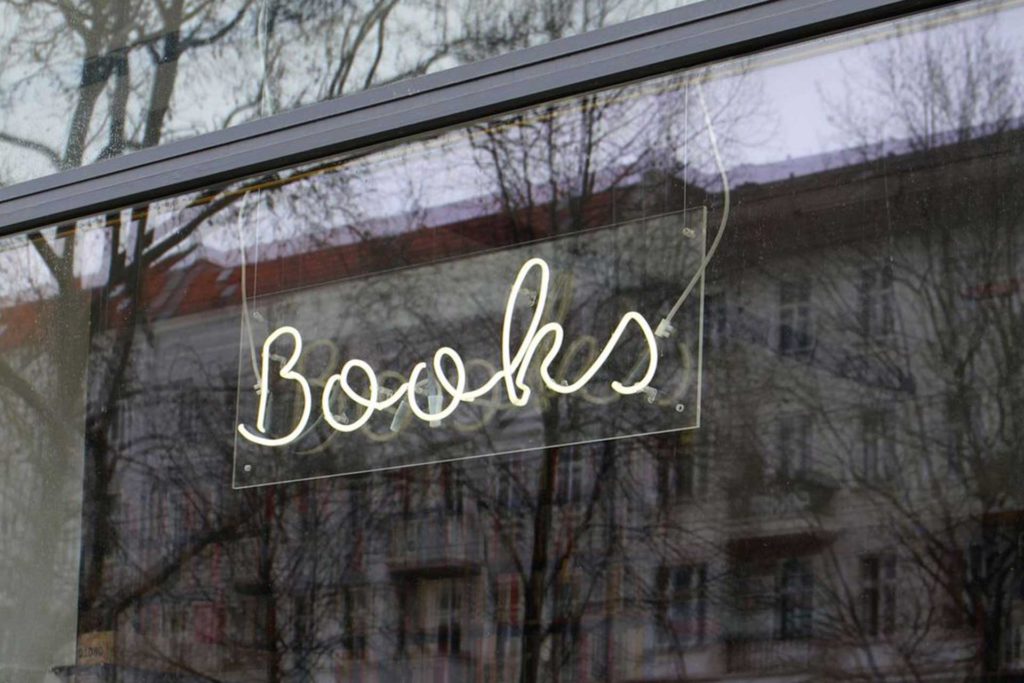 Shakespeare and Sons, Berlin. A bookstore burrowed in a post-war building

Named in homage of the Parisian tourist site, Shakespeare and Sons is a reverence to literary goods and a congregation for social exchanges

Shakespeare and Sons in Berlin

Subsisting in Warschauer Straße 74 of Friedrichshain is a bookstore that has revivified the purpose of what the shop lot once hosted – A bookstore in the 1960s. This is Shakespeare and Sons. A bookstore catering to a subset of readers interested in English and international literature. Having relocated themselves from Prenzlauer Berg, a residential area that did not reflect the ethos of the bookstore, they now reside in the east of the city, a twenty-minute drive from Mitte, the city center of Berlin.

An interpretation of the bookstore Shakespeare and Co. in Paris, acting manager Iti Libe shares that owner Roman Kratochvila first founded the store in the Czech Republic, where Kratochvila is from. «Kratochvila got into bookselling upon graduating from his degree. He travelled to Paris after working in a number of bookstores in the Czech Republic area. This is where he was introduced to Shakespeare and Co. by a peer. He then took to working there for some time. The idea to establish a bookstore came from here».

Named in homage of the Parisian tourist site, Shakespeare and Sons is a reverence to literary goods and a congregation for social exchanges. Laurel Beth Kratochvila, Roman’s partner, played a part in the formation of Shakespeare and Sons in Berlin, shares Libe. A graduate of a degree in physics, Beth Kratochvila involved herself with a non-governmental organization for the span of two years, traversing from her hometown in the United States, to Nepal.

Roman Kratochvila and Laurel Beth Kratochvila, the owners of Shakespeare and Sons

In her time with the organization, she traversed to Europe – which led her to Prague. «It was here, in fact, that she became acquainted with Kratochvila, her partner. She became an apprentice bookseller in the prime Shakespeare and Sons location in Prague. The rest is history». Libe, a bookseller herself, became involved with Shakespeare and Sons in August of 2020 when she relocated herself to Berlin.

Having worked in Shakespeare and Co., in Paris in 2014, and with her background in cultural studies, she shares that her involvement with books and the ideas spurred while reading them urged her to become a professional bookseller. The Estonian native explains that her role as an acting manager and bookseller in Shakespeare and Sons was a happenstance, having found the opening as she was traversing around the area with her partner.

Managing day-to-day tasks with the selling of books, handling customer inquiries as well as elucidating the internal arrangement of the store – a role which she shares with a peer – Libe runs Shakespeare and Sons’ social media pages and the hosting of events too. «Roman and Laurel travel back and forth between Prague and Berlin. They also have a team of booksellers between the two locations that manage the ins and outs of the stores», explains Libe.

The inception of Shakespeare and Sons

Based in Prague, the Kratochvila owners balance responsibilities in ensuring books are available for customers across the two locations. Founded in 2002, Shakespeare and Sons was located in the Vršovice, a brothel neighborhood in Prague. Kratochvila then relocated the bookstore to the Mala Strana district. An effort aimed at housing their vast and growing collection of books.

In 2011, the Kratochvila traversed to Berlin with the intention to expand their reach to the community of book readers there. They then relocated to Friedrichshain in 2014. Within the confines of the Friedrichshain location is Fine Bagels. As per its name, the bagel store was curated by Beth Kratochvila. A response to the lack of Jewish bagels in the city.

Established while they were in Prenzlauer Berg as a cart across the bookstore, Fine Bagels now serves their customers within the Shakespeare and Sons bookstore of Friedrichshain. Beth Kratochvila herself brought the recipes and upheld her team of chefs allowing bagels to be handmade and sold every day of the week. Beth Kratochvila sources the ingredients from artisanal stores across Europe. Five Elephants, for example, provides the coffee sold with the bagels. It is a roastery based in the Berlin locale.

The building they now reside in once hosted a communist bookstore in the 1960s, when Berlin existed as a divided city. When the building was privatized in the 1990s, Libe shares that an ex-employee of Shakespeare and Sons bought the bookstore. «The space was in a state of ruin when Kratochvila acquired it». Buildings surround the area. Their ground floors are preoccupied by business. Levels above the businesses are apartment buildings, shares Libe.

Further, she goes on to explain that the architecture of the buildings in the Friedrichshain area have been re-built. A result of the damage endured from the Second World War. «In the last decade, the essence of the alternative culture that spurred from the area has dampened down. Nevertheless, it is present through the millennials that live here».

Neighboring establishments to Shakespeare and Sons include second hand clothing stores, Turkish run restaurants, boutiques as well as antique stores. The design of the store followed the prime structure of the building. Libe states that the owners, the Kratochvilas, had stripped down the added structures affixed by the previous owner of the store. «It was behind the added walls, where Roman and Laurel discovered the shelving units from the 1960s. The wooden plateaus and shelves were then upkept and integrated into the vein of the store».

Accompanying the bookstore are glass windows on the exterior of the lot that extends from the floor to the ceiling. Customers and those in the area who wander into the store are first greeted with the bakery, Fine Bagels. The bookstore is on the left to the entrance. The rearrangement of the store takes place on occasion to celebrate book launches, readings by authors, the showcasing of staff picks and to curate a fresh feel to incite the exploration of customers.

Books are arranged by genre and subject matter to allow ease of access while browsing. An effort spurred by the pandemic was the use of tables in the bakery space to host books for sale. While their collection of books include new titles procured through publishers and distributors across Europe and the United States, Shakespeare and Sons encourages the sales of used books. Accepting used titles through customers, these books are then sold back to the public at in-expensive prices. Alongside the bakery, there was once a café that lived within the bookstore. It was shuttered down due to the pandemic.

The Shakespeare and Sons bookstores in the two locations speak for themselves. They own and showcase individual identities while burrowed in their stores. Libe states that the bookstores, as a brand, have set themselves apart from their peers through the curation of the books sold within. The Berlin location carries a collection of English language books, surpassing an estimate of ten thousand books at a given time. The Prague store reflects it as well.

International books come from across Europe and the United States, shares Libe. «In the Berlin store, we carry a crafted section of French books, an homage to Shakespeare and Co. in Paris. While, the store in Prague carries Czech literature». Kratochvila and their team of staff members choose the books sold in either of the bookstores. The booksellers involved with the choosing process have varied preferences to genres in books. This gives space for a variety of books. Nevertheless, the bookstore is open to recommendations by their customers as well. Libe states that German themed books are translated from the language into English and are sold in the Berlin store.

The locale in Friedrichshain, an area that has become a hub for expatriates and foreigners from across the globe, has plateaued Shakespeare and Sons to being a sought-after destination for English book readers. «Shakespeare and Sons in Berlin functions as a meeting point for readers to come together and exchange ideas. It is a community space for writers as well. We also encourage native German speakers and readers to step out of their comfort zone and to make an attempt at reading books and other types of reading materials that they are unfamiliar with».

Future endeavors at Shakespeare and Sons

Adhering to the restrictions that were placed in line due to the pandemic, Libe shares that she has been involved with interviewing writers. These interviews are then transcribed and written by her and are posted onto the Shakespeare and Sons website. «Through this, we have enticed customers to return to us and through this, encourage the sales of books on our online store». Shakespeare and Sons intends to exist and prolong their role in disseminating books, ideas and acting as a space for the budding of knowledge.

An English language bookstore in the heart of the Friedrichshain neighborhood. Serving bagels and coffee, Shakespeare and Sons works to disseminate ideas and opinions while providing a space for readers of sorts.