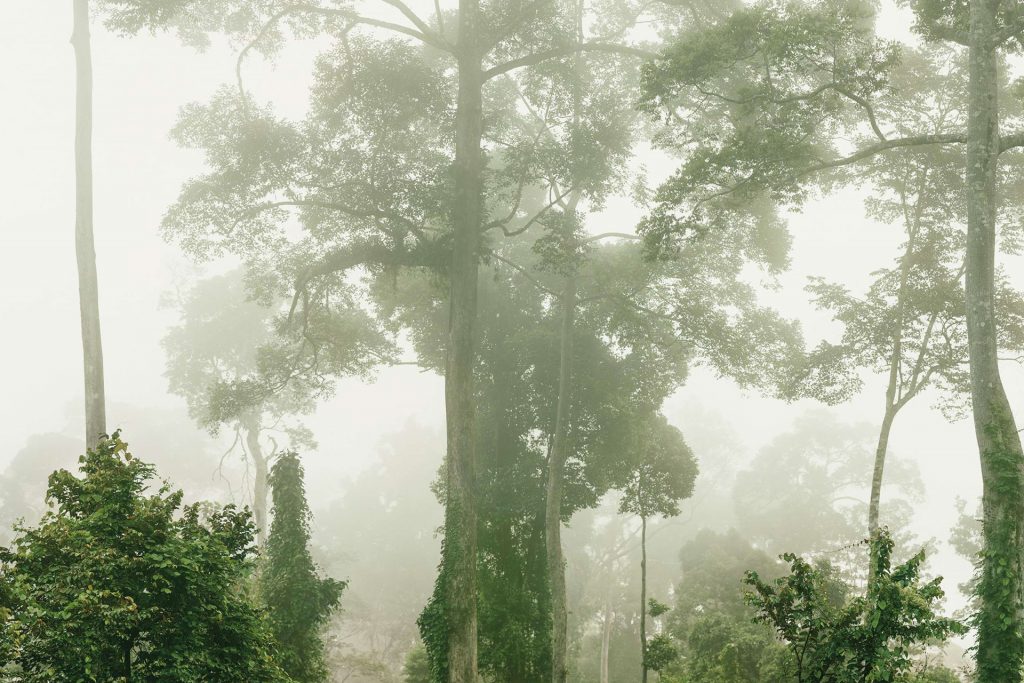 A valid criticism surrounding the effectiveness of carbon offsetting schemes

Fashion is responsible for ten percent of greenhouse gas globally. Gucci’s call to action facilitates a conversation – What should the next steps for the industry be?

At present, twenty countries are responsible for at least seventy-five percent of the global greenhouse gas emissions, with China and the United States contributing the most. This is considerable when both are first world countries, with China remaining the largest textile producing and exporting country in the world. While differential in substance, action in response to the current state of the apparel industry is crucial to preventing and combating environmental harm. Rampant overproduction is fueled through unnecessary overconsumption, yet a large majority of purchases are rarely worn.This is true when the United Nations Economic Commission for Europe reported that as of 2018, 85 percent of textiles are sent to landfills, equating to 21 billion tons, which would be enough to fill the Sydney harbour annually.

Contemporary market dominant brands are selling record figures of designer goods – it would be sensible to assume there is no room for reduced output in their immediate plans. Accounting for 80 percent of Kering’s sales, Gucci currently stands as the second most valuable fashion brand in the world, with an estimated value of 22,6 billion US dollars according to Forbes. Holding a physical presence with over 520 stores worldwide, alongside a fifty-seven percent share of the luxury goods market, and a 2019 revenue of 9,628.4 million euros, Gucci is an asserted mainstay within the high-end retail sector.

Remaining positive to an adaptive millennial audience, through a brand identity telling their clients they are so, the company has motivated a near fifty percent of their annual income to derive from purchases made by individuals, millennials and Gen Z. As the dawn of the new decade plays out, this same demographic is more passionate and engaged with the climate crisis than ever before. When fashion, as a wider entity, is known to be one of the most polluting industries, how can such a conflict of interest reside in the mind of an informed consumer?

The largest share of Gucci’s revenue is generated in the Asia-Pacific market. When China leads in clothing production and air pollution simultaneously, just how detrimental is your ‘Soho Disco’ crossbody to the climate emergency? Through the accountability of the internet, clients are savvier than ever to corporate ways of greenwashing. While many stakeholders view it as positive, there is valid criticism surrounding the effectiveness of carbon neutrality schemes, which would exacerbate skepticism regarding honest dedication to the climate crisis. Protecting forests and restoring natural ecosystems is vital both for wildlife and the climate, however it is not a substitute for cutting emissions directly.

An offsetting scheme, allows for a corporation to buy credits amounting to the total carbon released in a specific frame of time. This can enable companies to statistically reduce their carbon footprint and often declare their practice as ‘carbon neutral’, despite not tackling the root of the problem enough. As explained by the United Nations Environment Program, trees planted today can’t grow fast enough to achieve a prefixed goal.

It must be acknowledged that some companies use offsetting vehicles to invest in projects on the ground that have positive outcomes for the environment and for local communities. At present, Gucci accounts for the total greenhouse gas emissions in its own operations and across the entire supply chain (Scopes 1, 2 and 3 of the Greenhouse Gas Protocol) – and it’s to be considered that integrity on the accounting is a mandatory priority. Gucci states the company is not to utilize carbon offsets as a substitute, but in parallel to a precise focus on reducing its emissions.

Carbon emissions are problematic to a disposable industry, in which fashion is responsible for ten percent of greenhouse gas globally. As a collective industry, emissions total to more than that of all international shipping and flights combined. In the meantime, the IPCC – Intergovernmental Panel of Climate Change’s target of a forty-five percent reduction in global carbon emissions by 2030 grows ever closer. In the report published by the IPCC on global warming, it was noted that at current rates, human-caused warming is adding around 0.2C to global average temperatures every decade. This is the result of both past and ongoing emissions. It was emphasized that past greenhouse gas emissions are unlikely to be enough by themselves to push global warming from 1 °C to 1.5 °C in the coming decades, meaning that if emissions stopped today, the 1.5 °C limit would not be breached. This highlights the importance of regulatory action in relation to polluting industries.

Gucci utilizes the REDD+ offsetting scheme, which creates a financial value for the carbon stored in forests by offering incentives for developing countries to reduce emissions from forested lands and invest in low-carbon paths to sustainable development. This positively reduces local deforestation and forest degradation, of which account for approximately eleven percent of carbon emissions. This is counterbalanced through opposing views to such schemes, with Greenpeace even publishing how they’re a distraction from the real solutions.

Greenpeace stands that it might be considered illogical that carbon emissions released by a company should be resolved thousands of miles from the cause but many stakeholders consider that the business community should indeed protect the areas of global forests that are critical to stave off climate change and biodiversity loss far away from a companies operations. As stated by the United Nations Environment Program, ‘carbon offsets are not our get-out-of-jail free card’. Gucci’s approach however, does show that the offsets activities are part of a 360-degree progressive climate strategy. As Marco Bizzarri rightly stated in The Guardian late 2019 in terms of the calculation of impact or methodology, «if we wait to be perfect, to me it’s just an excuse for not doing it».

The IPCC reported that by 2050, the CO2 emitted by human activities needs to be matched by the CO2 deliberately taken out of the atmosphere through negative emissions techniques, such as afforestation and bioenergy with carbon capture and storage. This emphasises the need for investment in carbon schemes. It is also imperative that carbon emissions are reduced to begin with, which may prove more efficient, as many deem it cheaper to limit carbon emitted, than to neutralise or capture it.

As reported by Britain’s National Consumer Council and Sustainable Development Commission, a positive approach to offsetting could have public resonance well beyond the CO2 offset, and would help to build awareness of the need for other measures. This acknowledges that even despite a few negative connotations of carbon offsets, based on the types of offsetting vehicles and how they are used, they could prove a gate- way to further sustainable practice.

More recent declarations of Gucci’s parent company Kering, in relation to sustainable production and carbon neutrality: as quoted from their sustainability bulletin, Kering set a Science-Based Target to reduce all its GHG emissions related to its own operations and supply chain by fifty percent by 2025 (from a 2015 baseline). This is combined with an increased conversion to renewable energy to meet its 100 percent renewable commitment, with transition from fossil fuels reducing its CO2 footprint year on year, saving 45,800 tons of CO2 in 2018 and 59,200 tons in 2019. This is also combined with a 30 percent reduction in carbon intensity across the Group’s stores since 2015.

Gucci has a dedicated ‘Gucci Equilibrium’ platform to promote and collate its engagement in regards to environmental and social activism. Most recently the company released a campaign titled ‘Gucci Off The Grid’, which advertised a full collection manufactured from recycled, regenerated, organic, bio-based and sustainably sourced materials. Swapping out traditional materials for sustainable alternatives, as opposed to using them as an additional textile alongside traditional fabrics, could provide a more robust and honest strategy.

It must be remembered that leather goods make up fifty-eight percent of Gucci’s revenue share. While Gucci claims not to source from suppliers linked to deforestation, it is notable that animal agriculture (inclusive of leather by-product) is the leading cause of deforestation and a great contributor to greenhouse gas emissions. It could be argued that by reducing the amount of leather goods produced, and investing in the development of innovative and circular alternatives, Gucci could make a step forward in advance if compared to its fashion competitors.

The urge for actions to be addressed throughout the entire industry

Marco Bizzarri, president and chief executive of Gucci, has openly stated that activists and companies need to work together to find common ground when discussing Gucci’s stance on sustainability. Looking into changing consumer habits, indicates a significant shift to a maturing Generation Z consumer. Mintel reported that the UK Gen Z seemed the most interested in fashion rental with fifty-seven percent having rented clothing or been interested in doing so, compared to thirty-three percent of all Britons.

The same study also reported that fifty percent of young people in the UK have repaired damaged or worn-out clothes, with seventy-five percent of them between 16 and 24-year olds having swapped clothing with others or would be interested to do so in the future. This is significant, as it highlights a willingness for a more circular economy. Coming at a time when Selfridges has launched a clothing rental service as part of a number of moves into sustainable fashion. Selfridges managing director Anne Pitcher stated recently how, «customers are demanding that businesses take environmental concerns seriously».

As the economy is heading into a post-pandemic downturn, those with less expenditure are more willing to trial cheaper alternative ways of shopping. To some it may even seem plausible that Gucci’s next step would be to reduce and rethink its production cycle, placing further emphasis on circularity, maybe even implementing ways for effective branded resale and repair. This may in turn reduce carbon emissions through increased demand for renewal, which could encourage a reduction in the need for new products and raw materials.

Increasing visibility of consequential events such as the 2020 Australian wildfires, has enacted a new level of understanding. Non-profit research and information center Media Matters reported that in the US, climate coverage on the corporate broadcast TV news shows had increased 68 percent from 2018 to 2019. When 99 percent of climate scientists agree that the changes caused through global warming are permanent, destructive actions need to be addressed accordingly throughout the entire industry.

Gucci is an Italian luxury fashion house based in Florence, Italy. Its product lines include handbags, ready-to-wear, footwear, and accessories, makeup, fragrances, and home decoration. Gucci was founded in 1921 by Guccio Gucci in Florence, Tuscany