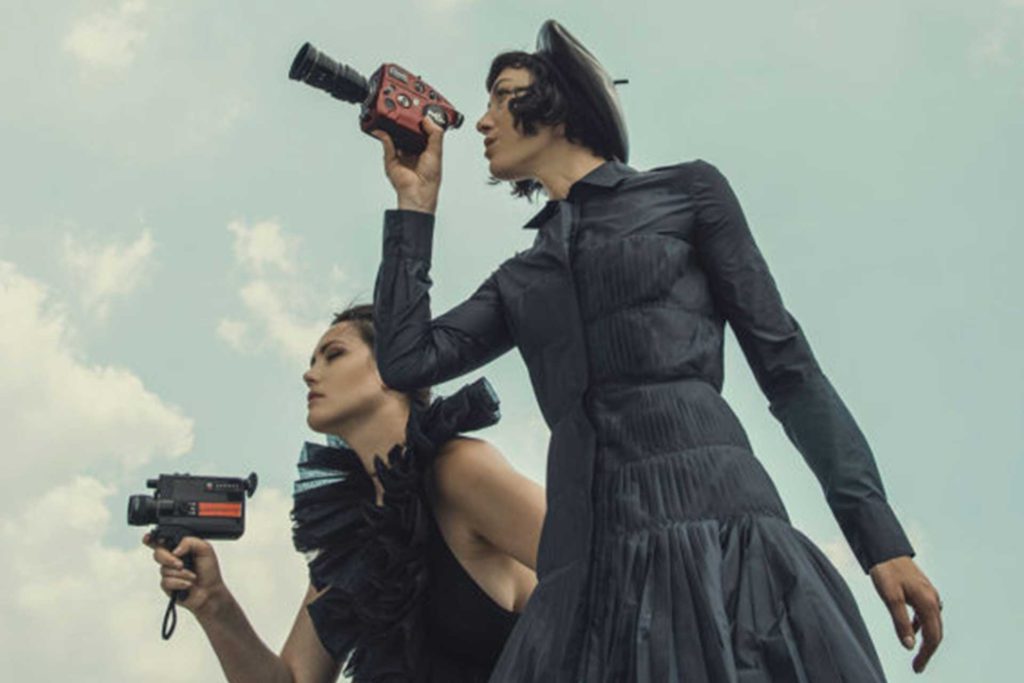 Female empowerment: making denim a symbol of protest against violence on women

Respect come first, freedom is not granted yet: anyone who, with violence, threats or through abuse of authority, forces another person to perform or submit to sexual acts shall be punished

«My revolution was jeans: I was on holiday in Ibiza with my girlfriend, and some beautiful Australian girls arrived. They dived into the sea, still fully clothed. When they came out, with the denim clinging to their bottoms, I was stunned. I invented the first skinny jeans. Then they became shorts: when the Milan ladies came into the shop they would go out looking a little self-conscious. Then they put on platform shoes and immediately became pin-ups. After all, that’s what all women dream of being», Elio Fiorucci explained.

The deed – It happened on 12 July 1992 in Potenza, namely in the small town of Bella. Rosa Pagliuca was 18 years old. Cristiano Carmine was her driving instructor: a man of forty-five, married, with children. After picking the girl up from her home for her daily driving lesson, Cristiano Carmine took Rosa Pagliuca into the nearby countryside and sexually abused her. He threatened to kill her unless she kept quiet, but Rosa told her family about the rape. When he was tracked down and interrogated, Cristiano Carmine declared that Rosa had consented. During the first trial, held behind closed doors on 29 February 1996, the accused was absolved by the Court of Potenza on the basis of lack of evidence. In the Court of Appeal on 19 March 1998, the Court found him guilty and sentenced him to two years and two months of imprisonment.

On 6 November 1998, sentence no. 1636 of the Supreme Court of Appeal in Rome quashed the judgment of 19 March 1998, and absolved Cristiano Carmine. According to their analysis: «The victim was wearing very, very tight jeans and she would have had to help him remove them. Removing the jeans means that it was not rape but consensual sex». In other words, the judges confirmed the argument that no one could have removed Rosa’s jeans without her consent, because the jeans were too tight – consequently, the act could not have been otherwise than consensual. An even more subtle point, if you like, is that had Rosa truly opposed it with all her strength, Carmine Cristiano would never have been able to pull off her jeans and hence abuse her. Rosa, why? Why didn’t you oppose him with all your strength? Why didn’t you consider the fact that if you let him pull off your jeans the judges wouldn’t believe you?

«She was easy» – that’s the coarse expression for it. The expression used by the Supreme court was: the girl consented. The girl’s lawyer recalled other Supreme Court rulings which expressed exactly the opposite view, affirming that «It is not necessary for extreme violence to be used in the act; it is sufficient for psychological violence to be used in such a way as to put the victim in a position where she cannot react». The law is clear. «Anyone who, with violence, threats or through abuse of authority, forces another person to perform or submit to sexual acts shall be punished by five to ten years’ imprisonment». There is no indication of any obligation on the part of the violated woman to defend herself with all her strength. No paragraph states that in a rape trial, terms such as logical or illogical may be used to judge the passive behaviour of the victim.

The women’s appeal. Many women, from Rita Levi Montalcini to Franca Rame, furiously objected to the sentence which «offends and cancels out years of struggle». Hundreds of signatures were collected in support: Margherita Hack, government minister Rosy Bindi, world athletics champion Sara Simeoni, actress Irene Papas and former president of the House of Deputies, Nilde Jotti, all signed. The fashion designer Miuccia Prada signed. The day following the quashing of the sentence, the fe- male representatives in the Italian parliament all arrived at the Chamber wearing tight jeans.

It was a sentence that reverberated all around the world, arousing sensation, scandal and extreme indignation. It brought shame on humanity and particularly on us Italians, since the ruling came from a court on our territory. The American response was even more forceful. In Los Angeles, the Peace Over Violence association launched Denim Day, a day when all women wore tight blue jeans, making denim a symbol of protest against violence on women, showing all the sensuality that a pair of tight jeans can give a woman’s body and reasserting a woman’s complete freedom to dress herself with such sensuality – without legitimizing any violence against her as a result. There can be no room for any peasantish or idiotic, not to say bestial, modes of thought, that can be summed up in the sentence ‘If you go out dressed like that, you’re asking for it’ – nor should there be any attempt to minimise this kind of behaviour by using the trivial term male chauvinism to describe it. Support for this message came in countless forms of varying scale. Among the many supporters, we want to single out Guess – the global brand that has always sought in its campaigns to make denim supportive of women – and men, too – as a symbol of liberty: in how you dress, what you think and the way you live. Jeans are sexy and sensual and in the collective imagination they have always represented the freshness of a light day, in the city in summer and spring, and at all times of day. It’s incredible to think that jeans could have given rise to such a specious ruling.

The clarification ruling from the Supreme Criminal Court of Appeal arrived: «The reliability of a victim of sexual violence cannot be invalidated by the fact that she was wearing jeans at the time of the rape, given that her fear of further consequences could have led to the jeans being removed more easily». It is hard to see what value such a reinstatement could have. It seems that what counts most is the thought, or warning of shame – and the strength of the victim’s reaction. In May. Last spring, Guess Foundation Europe, with the support of the media, invited everyone to participate in Denim Day as it does every year, by wearing jeans on a specific day as a sign of activism. On 27 May, in collaboration with The Circle Italia non-profit organisation, it invited women to Palazzo Barberini in Rome to launch a collection to raise funds for D.i.Re, Donne in Rete contro la violenza (Women Together against Violence). Paul Marciano, CEO and creative director of Guess was present in Rome for the occasion