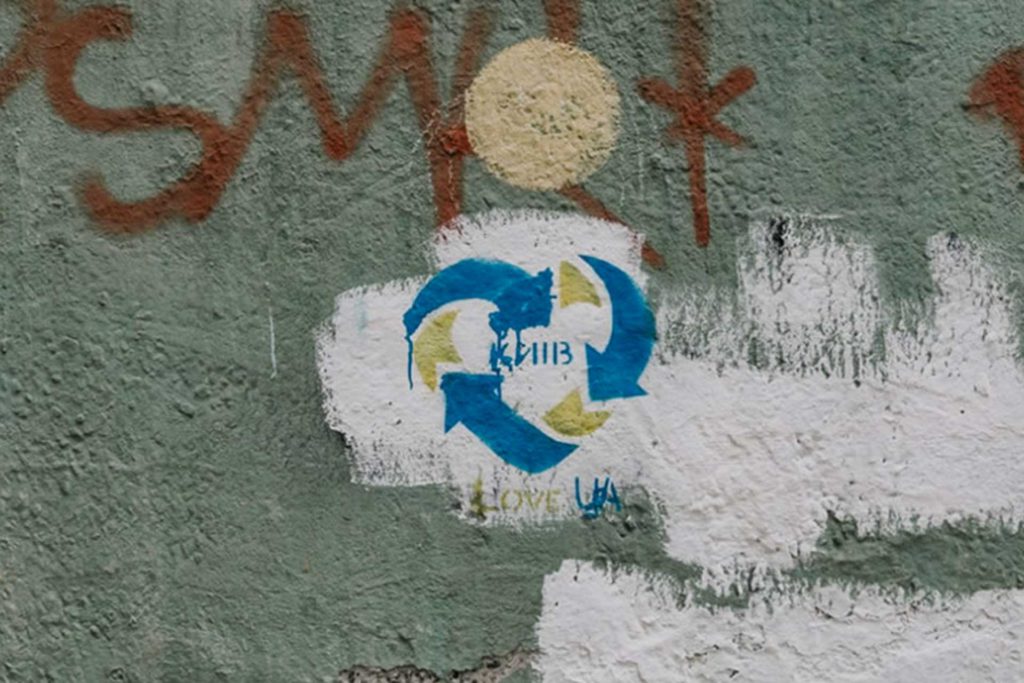 We keep on repeating this: circular economy is needed to tackle climate change

Despite the switch to renewable energy, there is a forty-five percent difficulty in reducing climate change, and it has to do with how the processes of production and use of products occur in a wide variety of areas, from food to fashion. Ms. Figueres, confirms there is a backwardness in thinking about climate change from how we produce what surrounds us. The conversation about what to do next, at the end of this line, with what is produced, imagining it in a circular system, is not yet developed. When developing a product, it would be desirable to think first about the possible damage that its disposal or accumulation in the waste stream may cause, rather than trying to solve the problem at the end of its life cycle. It is necessary to not only think about the emissions to be reduced now, Ms. Figueres says, but above all working on the permanent emissions of the processes in place, taking into consideration the final step and reintroducing it in a process that starts again. Design itself should evolve into creating something that can be capable of being maintained in this cycle, without being thrown away, MacArthur continues. Another connection is present between climate and biodiversity. It is not a coincidence that climate change has influenced the decrease of biodiversity on land and in the oceans. Ms. Figueres reflects on the fact that the focus has always been on energy production and use or transportation considering that seventy percent of greenhouse gases comes from this sector, but the remaining thirty percent has always been neglected. There is a greater focus on the ability of biodiversity itself to offset these emissions, and of soil and biomass to sequester carbon dioxide. This is a problem connected in particular to the fierce constructions of the real estate sector in the most developed areas, damaging and eliminating green spaces. The major concern, Ms. Figueres points out, is the destruction by human hands of the natural CO2 cycle, which would be vital for all those organisms that have been destroyed and could be a part of the solution to the emissions problem.

The involvement of the food economy

Food production is both a cause of and subject to climate change, as are the lives of farmers, most of all in less developed countries. One of the agri-food practices proposed for the well-being of the soil and its products is that of regenerative agriculture. Muriuki, Country Representative for Kenya of the International Centre for Research and Agroforestry, displays two models active in this field, one using agroforestry and the other using livestock in order to regenerate soils. In the latter, chicken breeding is the key tool that has enabled an improvement over the traditional loss of microorganisms caused by tilling, a process that releases carbon essential to them. Poultry farming takes place in structures built to contain unnaturally large quantities of chickens, the regenerative technique allows to eliminate these pressing mechanisms while also providing for the availability of manure and natural fertilizer from the chickens, restoring ecosystem integrity. Food production through agroforestry, on the other hand, involves placing crops within a forest or vice versa, so that trees and crops are on the ground together. In this way it is possible to grow different types of food on the same land, imagining a biodiversity composed of different levels of plantations, from those present in the soil to the tallest trees. One of the variations is syntropic agroforestry whereby each planting variety is planted at the same time and grows slowly helping each other. The first to bear fruit are also the first to decay and automatically create diversity in the surrounding soil. This system allows, in addition to vertically exploiting the space and using more crops for different species, to maintain a favorable environment even during dry seasons. Products acquire a different and rich flavor depending on the environment in which they are surrounded. From small family businesses, farms that have adopted these methods have become capable of supplying the urban markets, fostering the circular vision around which a farm should be built. Food that comes from responsible resources is central to today’s chefs’ cuisine and is in greater demand by consumers, explains Kiran Jethwa.

To accelerate the process of circularity, it is key to act at the base of raw material production. Regenerative agriculture can be one of the means to promote this process, but it implements a change in behavior on the part of farmers. The Unilever group, for example, to facilitate this transition in Iowa, working with soy farmers and suppliers, proposes cover crops to increase soil organic matter, nutrients and its compactness, capturing carbon through the cover and reusing it. Faber specifies that their project is developed through a support plan for farmers, based on three pillars, the first is financial aid, so that farmers do not have to assume the full risk of the transition, Unilever contributes for the forty percent, the second is practical support provided through technical assistance and the third is the social capacity to create a wide network for farmers. Creating rather than exhausting biodiversity is another objective of the transition. More diversified consumption is, according to Faber, what will push towards biodiversity, «today about four crops with potatoes account for the sixty percent of the calories we all consume globally». The change should start from eating habits and the ability of food brands to educate their customers to a different diet and a change in demand. This would lead to an increase in biodiversity in cultivations. Faber mentions the example of Knorr and how it has evolved from using beef, replacing it with lentils in sauces and proposing less harmful alternatives to foods we should be consuming in greater quantities, as per Unilever’s report with WWF. Equally critical in defining consumer habits is retailers’ management of the products they select and propose, Faber continues, they have the power to influence consumer behavior through various devices related to marketing and positioning strategies. Besides talking about changes in production methods, it is necessary to consider a revolution in the field of what is consumed.

Lampoon reporting: fix the economy to fix the climate

Making a system change towards a circularity in the most diverse areas involves not only different stakeholders, but also the monitoring of progress towards set goals through measurements and metrics. Erin Billman, Executive Director at Science Based Targets Network, explains the science-based targets: «They are goals that can be quantified, achieved, and time-limited, and they align with the limits of the earth and society or the goal of sustainability such as the TSGs and the Convention on Biological Diversity». In this way, according to these data, companies can comply with proposed global or governmental goals. It can be complex for companies, since they do not have defined guidelines, but only final objectives to pursue, to identify steps and actions to reduce carbon emissions and protect the ecosystem. These targets for nature define frameworks for methods and activities that businesses can use to ensure they are moving in the right direction. Billman highlights the importance of those targets that complement climate targets. Together they are capable of understanding the right direction a company should take in the right places, because if the climate issue can be discussed at a global level, nature is connected to a local or regional level and the actions can’t be generalized. According to the Foundation, the circular economy is eliminating waste and keeping materials in use for as long as possible, preserving their values and regenerating nature-related systems responsible for the creation of renewable materials.

It aims to educate with respect to the establishment of the circular economy, more functional and healthier for the environment and living beings, influencing and working at the academic, business and governmental levels. Its mission is to accelerate the transition to a circular economy.