«I have suffered from the lack of representation, from the absence of bodies that looked like mine». Cédrine Scheidig adresses the imaginaries of the Second Generation

Cédrine Scheidig is the French-Caribbean photographer who was selected as the winner of the fourth Dior Prize for Photography and Visual Arts for Young Talents. This year’s theme Face to Face and the jury, that was composed of the likes of Tørbjorn Rødland, Pixy Liao, Coco Capitàn and Tyler Mitchell, selected Scheidig’s series It is a Blessing to be the Colour of Earth as the winner. Her series borrows its title from Indian-born Canadian poet Rupi Kaur whose work similarly engages with what it is to be a woman of dual identity. Scheidig’s photographs are as complex as her identity, weaving a narrative through a mixture of portraiture and still life. In this world, we see feet grounded in long grass, a hair comb laid bare; bodies intertwine with nature and nature intertwines with culture. Each image is replete with color and substance, as the series was proposed as «a creative and sensitive approach to the African-Caribbean diasporic youth».

The double-consciousness of dual heritage

The exploration of diasporic identity is at the heart of Scheidig’s work. Her heritage lays in the island of Guadeloupe – her father lived there until he was nineteen before relocating to Paris – and her work has evolved from her own experience «anchored between several spaces, several cultures, with different relationships to the land, to history and to the world». Having dual heritage introduces a dual identity, or a double perspective of the world. «To be Caribbean in France is to be inscribed in a transatlantic space»; what the author W.E.B. Du Bois called double-consciousness. Du Bois, writing on the African-American experience in 1903, describes this fractured identity as «a sense of looking at one’s self through the eyes of others», seeing ones image through a constant white lens and the internal echo of this image. For Cédrine Scheidig, it is exactly this double-consciousness that allows her to «adopt a singular position» towards what she photographs, as her images are a celebration and «poetic elaboration of experiences and bodies often overlooked and stigmatised by the media and dominant discourses».

Scheidig’s photography is a reconciliation of her African-Caribbean heritage in a society dominated by Western ideals and canons. «I have suffered from the lack of representation, from the absence of bodies that looked like mine», she explains, and the dark history of colonialism has created many stereotypical and negative representations of afro-diasporic bodies. It is a Blessing to be the Colour of Earth re-delivers these bodies, laced amongst still life, in an attempt to address the imaginaries of the Second Generation. Scheidig recognizes the potential of imagination, quoting Poetics of Relation, by Martinican poet, novelist and theorist Édouard Glissant. Poetics – whether in the form of theory, literature or photography – are a means of building new imaginaries when disillusioned with political processes as a means of change. In her practice, Scheidig seeks to activate what Glissant called for: «the need to support political and social struggles in the place where one is, but also… The need to open everyone’s imagination to something different, that is to say that we will not change the situation of people in the world if we do not change this imagination».

Photography as a means of self-discovery

Whilst reading and studying critical discourses around race and diasporic identity have played a role in shaping Scheidig, as a person and an artist, her work is not contrived as a response to this discourse. Rather, it’s something she experiments with. Photography is a means of self-discovery as «through the image personal things are played out». At times, Scheidig emphasizes this in the gesture of the self-portrait. Nevertheless, her work is not focused on her individual experience and rather highlights real-life people and stories that are lived by so many members of the African Diaspora. Engaging with communities in travel, from Saint-Martin, to Lagos, to Malta, «photography is a pretext to explore certain stories and be in contact with people and spaces that I might not have had the opportunity to navigate otherwise». This, in turn, is a way to get closer to and better understand her own history, and a position for which she is grateful.

INSULAR, a project that Scheidig has been working for two years, explores the recent formation of an African diaspora on the island of Malta, as a result of contemporary migrations on the central Mediterranean route. Investigating the experience of new-coming migrant workers in the periphery of Valletta, the ongoing series studies the ability of migration and mobility to reshape the visual imaginaries of the city. INSULAR, «is at the crossroad of the different thematics that infuse my work: diasporic identities, migration and insularity». It is a project that she hopes to grow, as her practice expands into video, research and the archive. «The Dior prize will allow me to invest and dedicate time to projects that are close to me», Scheidig explains. This summer she will exhibit alongside the other twelve finalists at the Forges in the Parc Des Ateliers At Luma Arles, and she received a monetary prize as well as a creative commission from the Dior Maison. The prize will also facilitate her first solo exhibition at the Maison Européenne de la Photographie in Paris, in early 2023. With several artist residencies already lined up this year, she believes her next venture would be a publication of her photographic works. As an artist, she has an eye for color and composition, but it is her ability to tell a story, and imagine new ways of being that makes her work so relevant today. Primarily, her goal is to participate in showing more diasporic bodies in exhibition spaces, allowing people just like her to identify with the imagery. «If my work is a small stone added to the edifice of the fair representation of diasporic bodies, I am already more than satisfied».

Born in 1994, Cédrine Scheidig is a French-Caribbean photographer and videographer working between Paris and Arles. Her documentary-style works bridge together art and fashion, whilst investigating the contemporary concerns of diasporic identities and creating new imaginaries with this in mind. Scheidig’s photographic endeavours began as a teenager, exploring the possibilities of image-making as a tool for self-discovery, storytelling and imagination. With technical training under her belt, Scheidig enrolled in the École Nationale Supérieure de la Photographie d’Arles, from where she graduated this year. 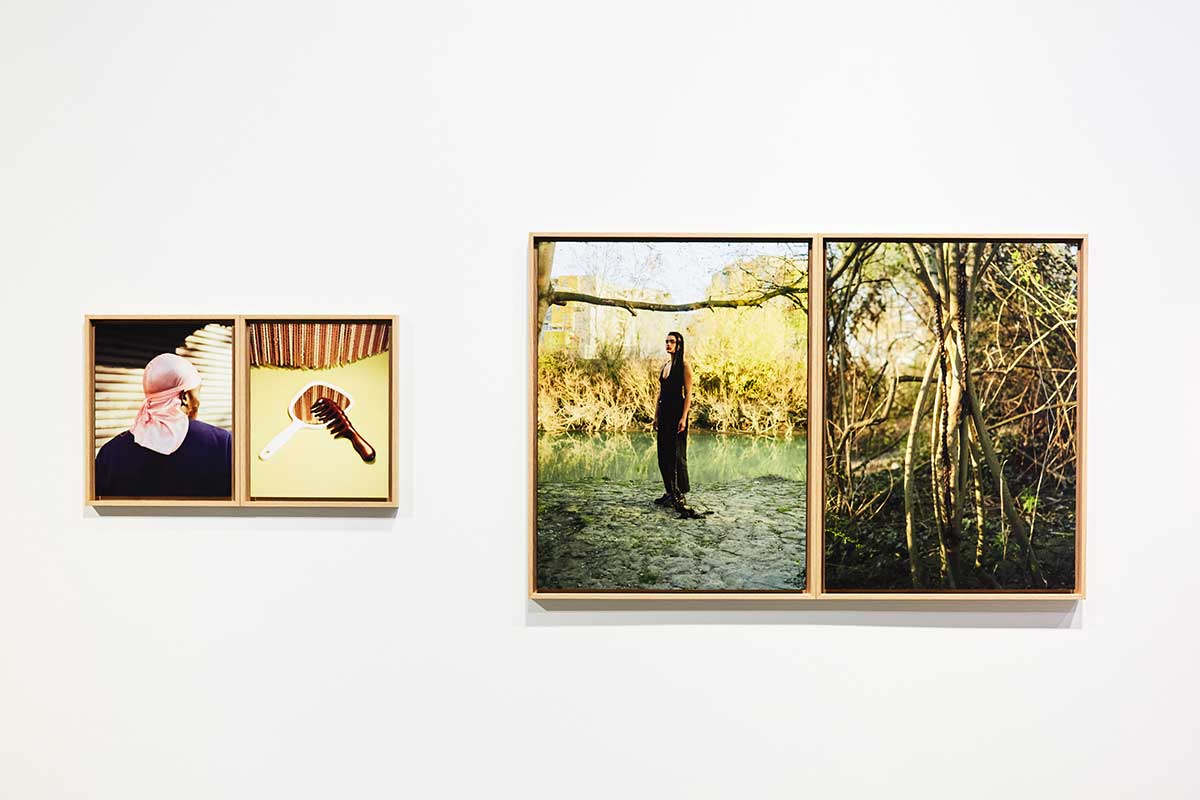 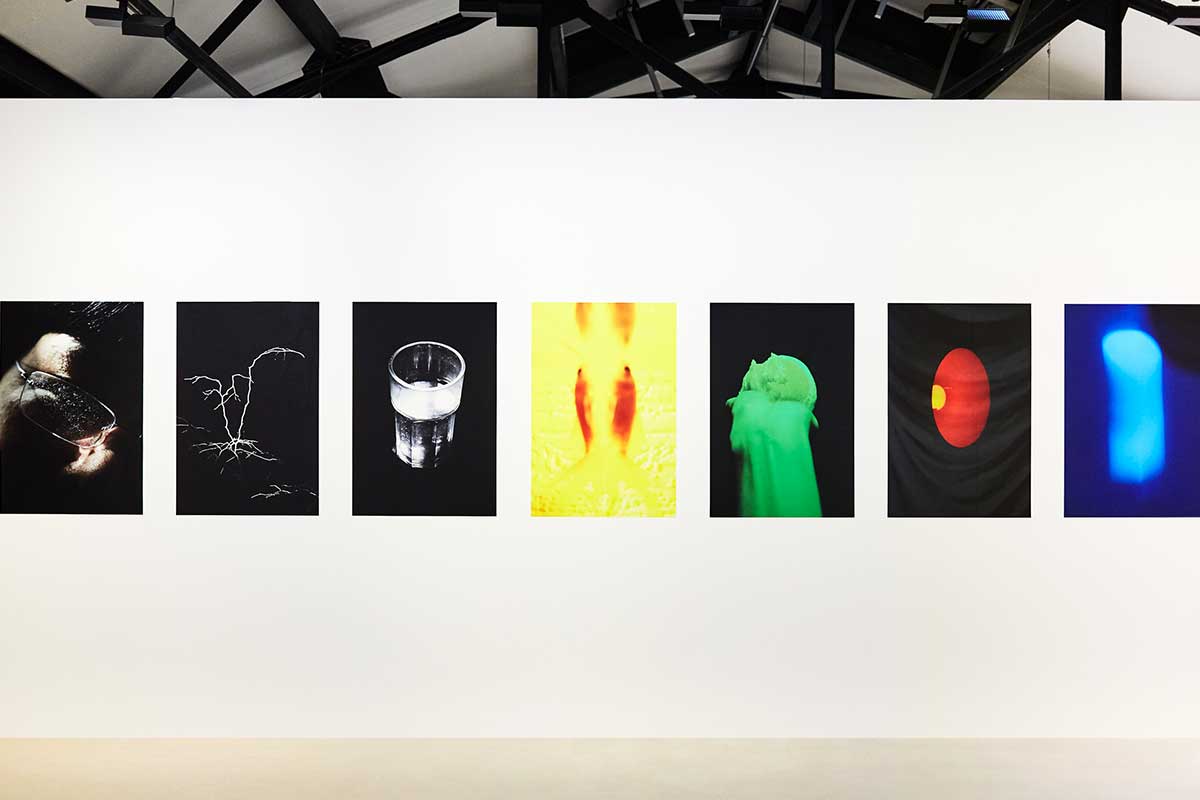 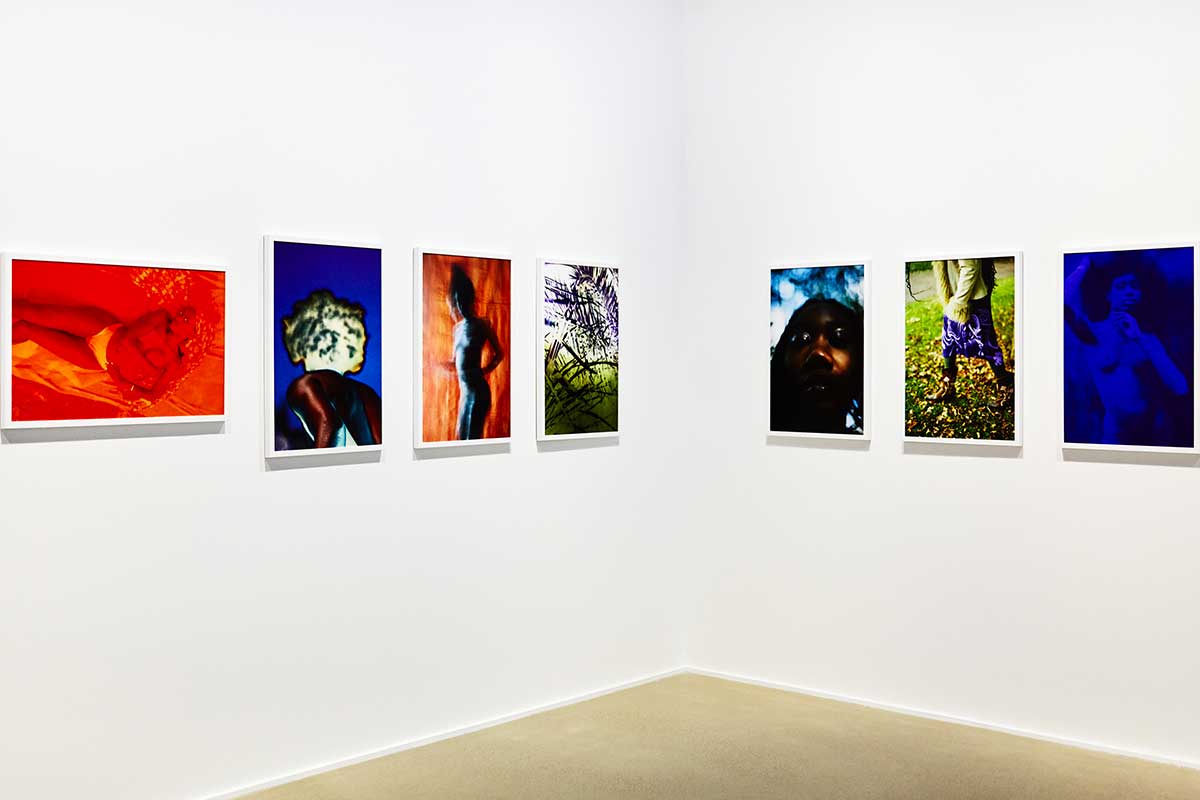 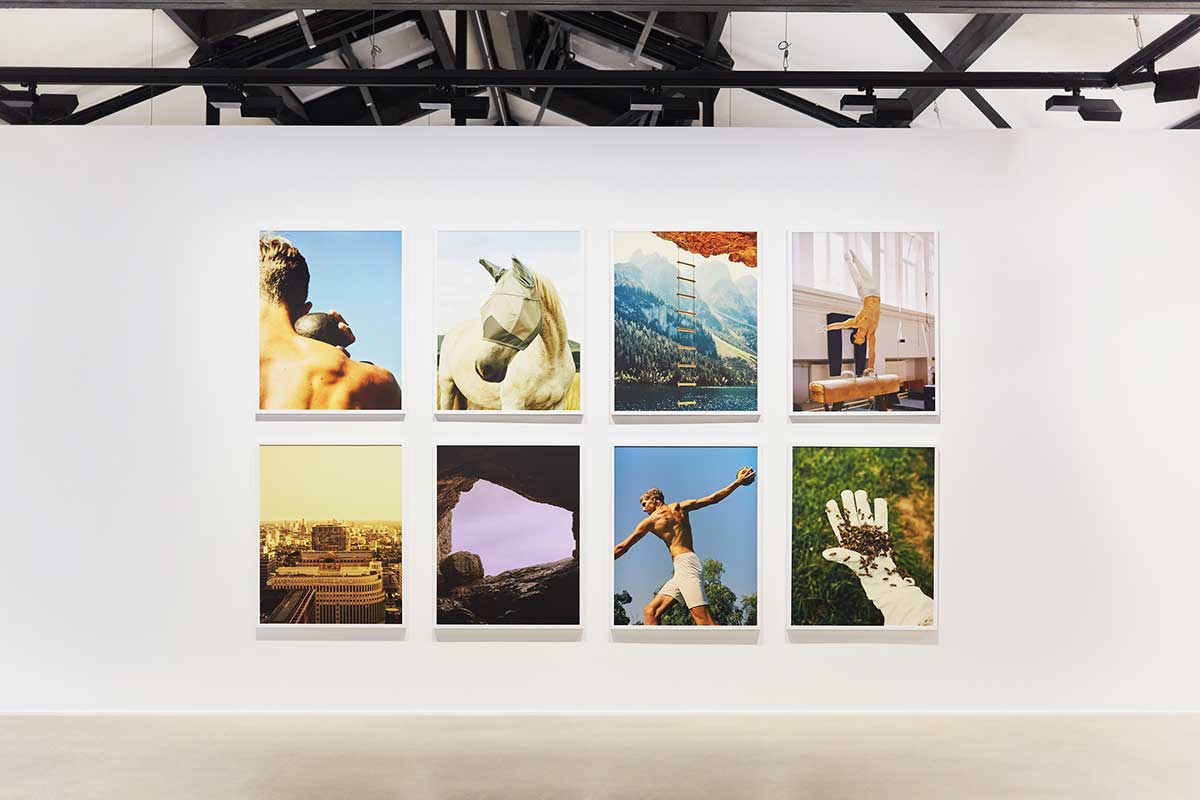 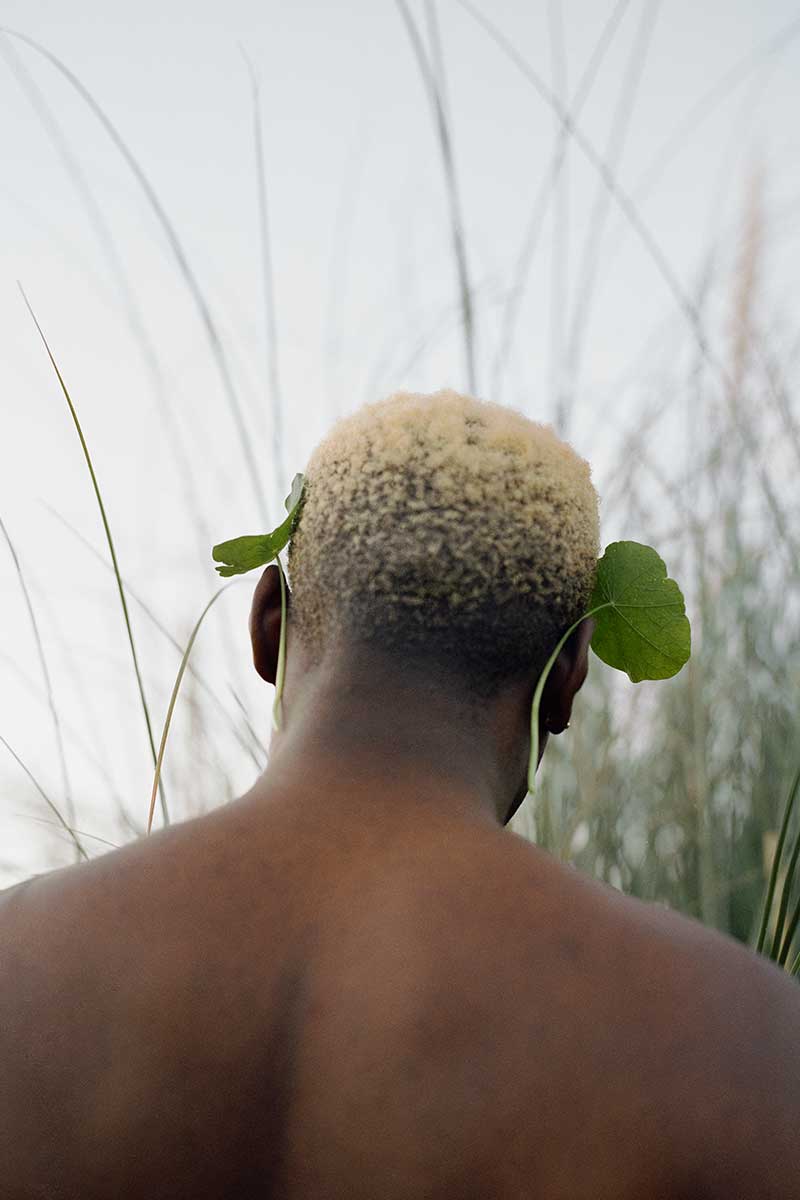 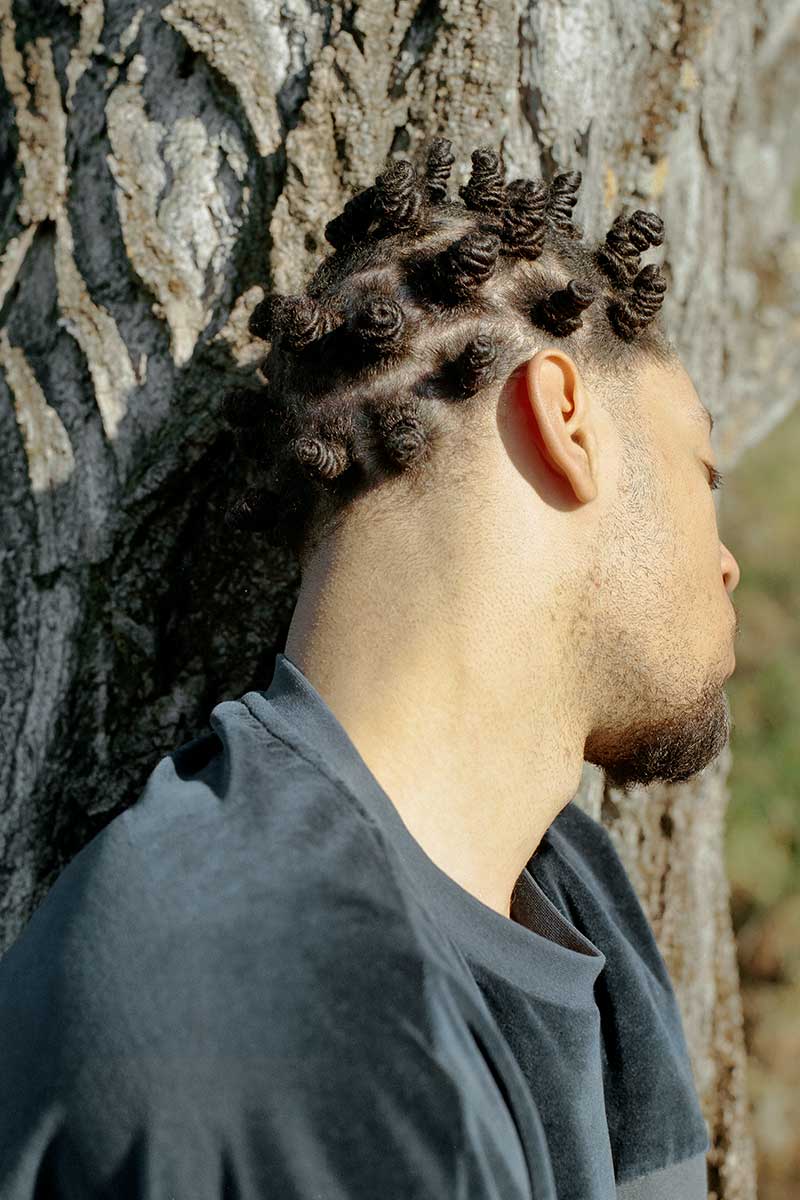