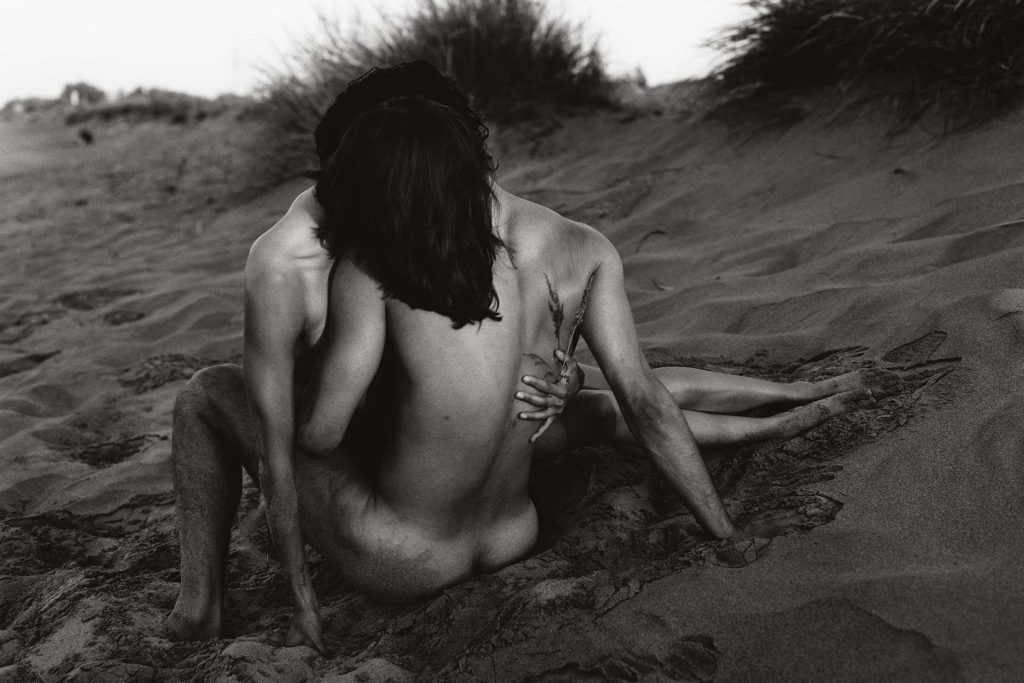 «Sometimes when you try to be an artist making your work complicated and cryptic you are not actually being an artist». David Luraschi on the beauty of day-to-day life

For David Luraschi visual storytelling is a family affair: «My parents moved to Europe in the Sixties to work in films and at home we used to watch a lot of movies». His art has been affected and inspired by the movie image and the cinematic universe to the point of wishing to undertake a career in filmmaking. For this purpose, he left Europe and went to San Francisco where he obtained a BA in film studies from San Francisco State University. In the USA Luraschi started to dedicate more and more time and energy to photography. As opposed to filmmaking, where most of the projects require years to be completed, photography provided Luraschi with the opportunity to satisfy his urge to compose and be artistically active every day. «People were encouraging me to focus on photography. Also, photography allows you to be more productive, I feel the need to produce on a regular basis» Luraschi explains. The aesthetics of San Francisco, where every detail could turn into the subject of a photographic shot, was for Luraschi a source of inspiration and an occasion to experiment and explore with his camera: the light of the West Coast and the thrill of novelty helped him to get rid of the burden of history and tradition often weighing in on European countries.

After getting a master degree in Art Direction from Ecal in Switzerland, Luraschi moved back to Paris, his home town, where he started to attract widespread attention by sharing his works online. «I never planned to become a fashion photographer, but living in Paris gave me the opportunity to collaborate with fashion brands and thus to live as an artist», Luraschi claims. Despite the start of Luraschi’s career in fashion was dictated by a set of circumstances, rather than a specific will, working for fashion magazines and brands allows him to express his artistic talent and find satisfaction even in commercial practices, where his style and aesthetics are recognizable thanks to the atmospheres and soft textures of his shots. Acknowledging that the spectrum of commercial collaborations is wide, depending on the company size or the industry in which it operates, Luraschi does not accept or reject work proposals based on predetermined criteria. On the contrary, just like in photography and more in general in life, he lets himself be guided by the instincts: «Every brand or commissioned work has its own characteristics, but in general I like working with brands which give me a lot of freedom and allow me to experiment. Also, some projects provide photographers with a lot of visibility and that helps you to be known to a broad audience».

Perfection as a faux dieu

Film history, pop culture and personal experience, sometimes not necessarily linked to photography, feed into his works and influences. Among the artists Luraschi looks up to there is the self-publishing pioneer Ralph Gibson, long-time family friend, to whom he dedicated a film, How to Make a Book. Luraschi recognizes that his technique, style and subjects have evolved and matured over the years abandoning his longing to perform and seduce the public through the sophistication of his shots. «Sometimes when you try to be an artist making your work complicated and cryptic you are not actually being an artist». Though he acknowledges the role of education and method which give artists solid basis to express themselves through the complexity of artistic languages, experience and artistic maturity taught Luraschi why a creative has to be able to let go of the rules and learn to trust your own instinct and intuition when the situation calls for it. «The idea of perfection is what in French we call a ‘faux dieu’, a fake god. There is no emotion in perfection». Even in commercial photoshoots, where everything must be planned and programmed in advance, Luraschi not only leaves some room for unexpected and uncontrollable events, but he embraces and celebrates the mistakes and imperfections from which, sometimes, the best pictures arise.

The power of photography

Luraschi compares the work of photographers to that of archeologists who dig and dust in search of hidden treasures, which can reveal themselves in the form of artifacts, jewels, skeletons and so on. Luraschi explains: «Taking photographs is like traveling on a spaceship: you go somewhere and you hope to be surprised. It is not fun to determine something and just execute, mere execution is like flipping burgers». Following the philosophy of American street photographer Joel Meyerowitz – who claims that whenever you catch a little life moment through the lens of your camera you are doing an optimistic act and showing enthusiasm towards life – Luraschi enjoys observing the world surrounding him and translating moments and subjects into shots which could be easily mistaken for stills from a movie. Despite the difficulties of portraying strangers, he appreciates the mutual exchange between the photographer and the subject, which often turns into a real collaboration. «Sometimes you frame a stranger walking down the street and suddenly that person turns and smiles back at you. The camera is the perfect tool to become a super version of yourself» Luraschi says about the power of photography.

On 16 July 2021, Luraschi released in a limited run a photographic book titled Ensemble (“together”), in collaboration with the independent publisher Loose Joints, commissioned by the fashion designer and friend of his Simon Porte Jacquemus, expanding their collaboration started in 2017 with Archives, a collaborative photographic installation with Willi Dorner where eleven dancers from the Julien Lestel school were wearing Jacquemus archive clothes. Ensemble is a series of black-and-white portraits in which sensuality and tenderness fuse and arise from the intertwined bodies of the dancers Clair Tran and Paul Girard. Through his choreographed nudes, intimate and anonymous at the same time – as the subjects never reveal their faces to the camera, Luraschi evokes the wilderness and windswept landscapes of Provençal wetlands of the Camargue, where the salt flats are dotted with pink flamingos, wild horses and vagabond settlers. This publication has been launched on the occasion of the opening of the homonymous Loose Joints’ bookshop in Marseilles. The English independent publishing house has supported and collaborated with emerging artists and creatives since its foundation in 2015 thanks to the entrepreneurial spirit of  Sarah Piegay Espenon and Lewis Chaplin, long-time friends of Luraschi.

Regarding the future, Luraschi does not like to make plans. «I am grateful to be part of a generation of artists who can express their creativity with love, enthusiasm and curiosity, even in these complex times». Luraschi acknowledges that today’s artistic discourse is shifting the dialogue towards sensitive issues, such as diversity and inclusivity, and that as an artist he might play a key role in conveying positive messages and in dismantling toxic beauty standards often burdening the fashion industry. «Sometimes privileged people do not understand what it means to belong to a discriminated minority or an oppressed group» Luraschi says. His shots depicting human interactions, sometimes subtle and delicate, and sometimes evident and flourishing, translate in pictures the awareness and sensitivity of a new generation of photographers and artists striving to portray humanity as a whole, regardless of gender, body type, religion and race.

David Luraschi is a French-American photographer based in Paris, France. He holds a BA in Film Studies from San Francisco State University, California and a MA in Art Direction from Ecal, Switzerland. He collaborated with international publications like the American Vogue, Le Monde, and Apartamento. Among his clients are Hermes, Dior, Jacquemus, Nike, Rimowa, Nina Ricci, Calvin Klein, Uniqlo. 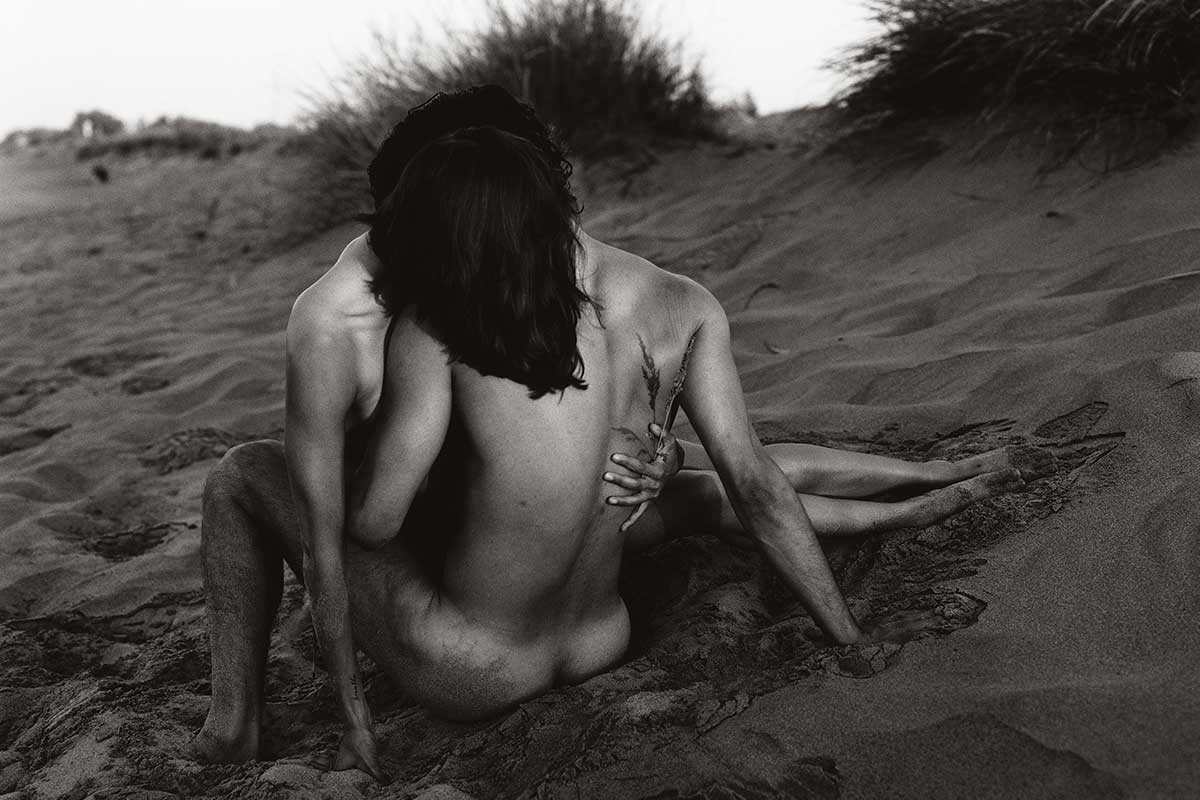 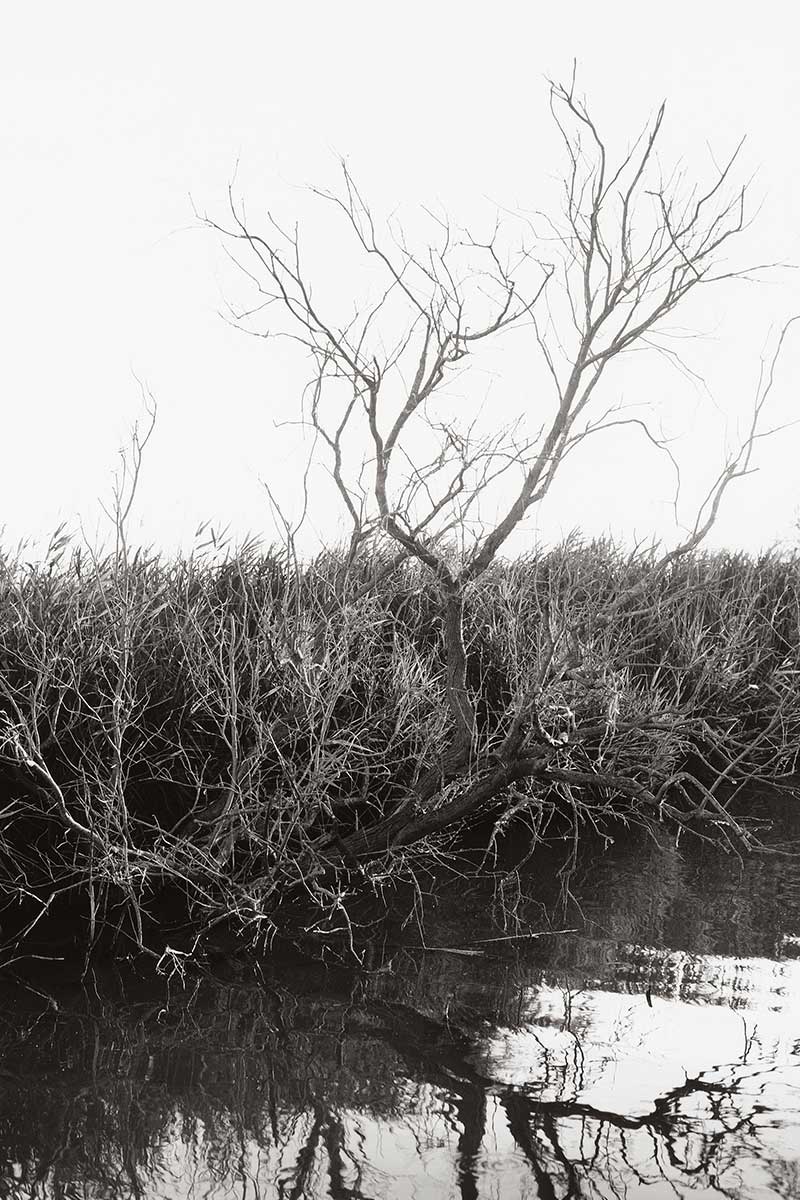 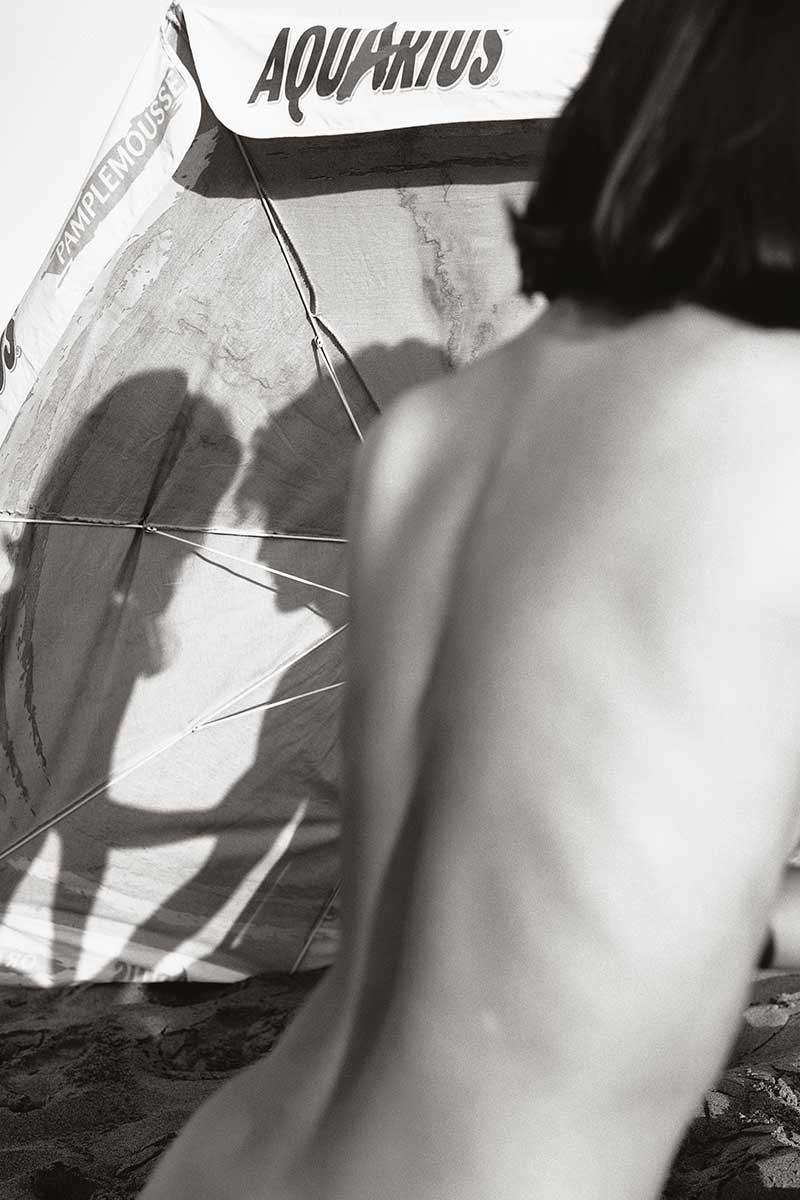 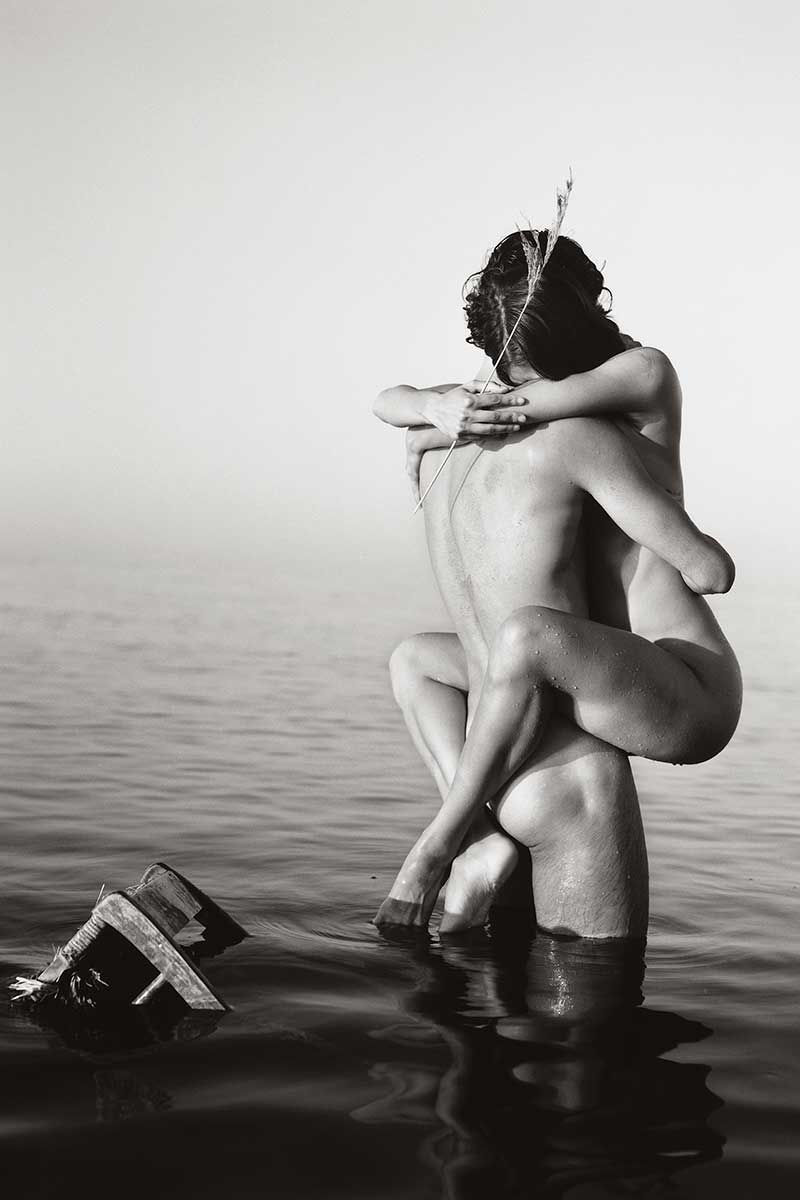 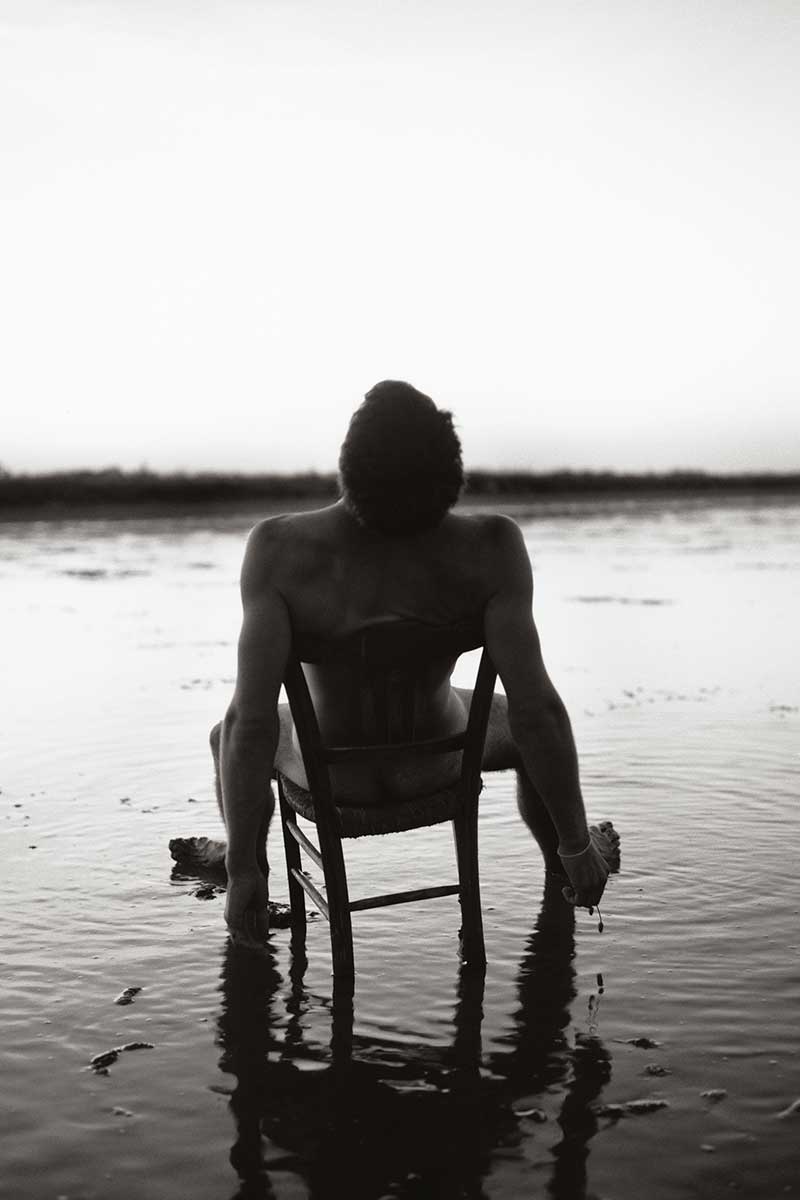