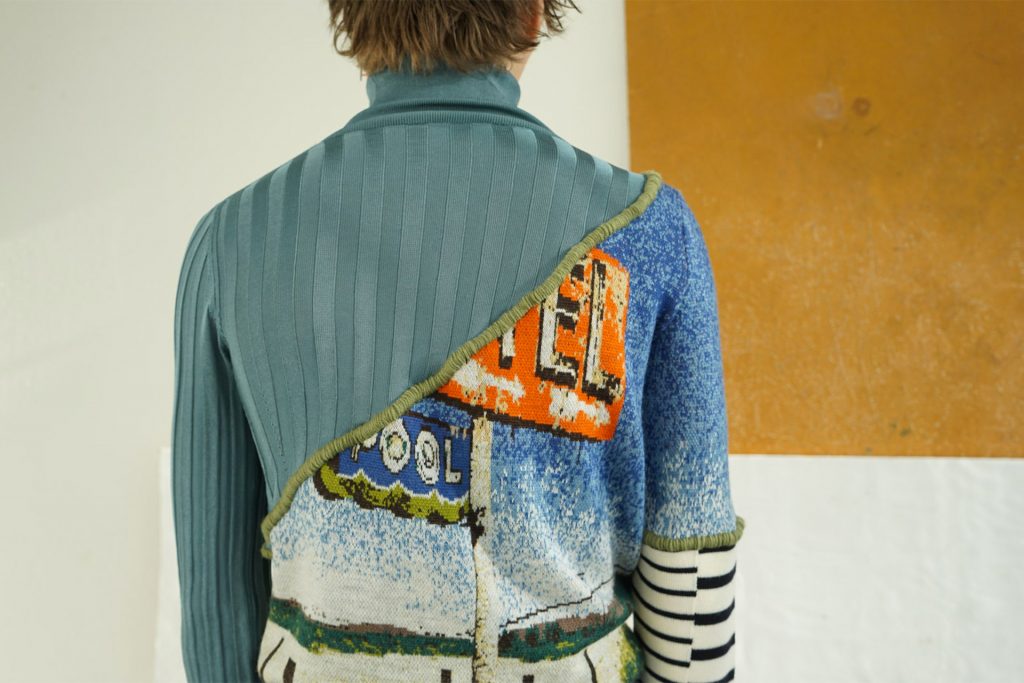 Are you ready to purchase less to save the environment? A talk with Reture

«Waste – failure of the design», says Nina Van Volkinburg while discussing the profile of the Reture, a digital platform that upcycles the underused garments of global fashion designers

‘Make do and mend’ is a phrase that roots to when government intervention stood as prevalent and necessary as today. Such a phrase seems apt at the dawn of a decade where sustainability is on the top of the agenda. Every year, $120 billion of unused material is thrown into landfills, burned up or laid to rest in warehouses. More designers are focused on utilizing the existing materials, as opposed to burdening the world with more virgin fiber. Reture is a platform that looks to combat this issue through the collective minds of conscious design. As a progressive community, Reture collates some prominent upcyclers’ skills to revitalize the life of existing clothing items. Nina Van Volkinburg, the Reture CEO talks of the platform as a reactionary industry progression to the digital disruption, impacting the ‘top-down demi-god’ designer approach of yonder year. «The winners of today’s industry are the ones that are in dialogue with their clients. The conversation is democratic and informative», says Volkinburg explaining how open conversation allows the designer to work to the needs of their audience, reducing waste through limiting overproduction. She further expands on how «collaboration rooted in sustainability is key. It opens dialogue addressing wider issues of waste manufacture and responsible purchasing». Using examples of Patagonia and Levi Strauss&Co, Volkinburg explains that consistent brand-to-client communication channels the idea of long term loyalty. By forming customer relations grounded on the principle of product longevity, «You trust that they provide value through initial indication that the product can be repaired if necessary, and the respective company keeps you as a customer through reliable brand orientated repairs».

The rise of second-hand market

While the concept of never purchasing something ‘new’ might seem far-fetched, the resale market is at an all-time high, with ThreadUp’s 2020 report stating that the second-hand market is set to hit $64B in the next five years. According to GlobalData Covid Survey, 90 percent of Gen Z shoppers have or are open to shopping second-hand. The sector of upcycling and renewing existing garments sits within this realm of resale. Despite home economics rarely being taught at schools anymore, one only needs to acknowledge the recent popularity of the infamous TikTok-inflated JW Anderson cardigan to understand that the desire for home craft and restoration skills is something that endures. Discussing waste, Volkinburg explains it as a «failure of the design. If you have excess material, there is an inefficiency there, and most of the time it is down to poor management. It is a consequence of economies of scale, which lists a whole myriad of issues». She begins to talk about the malpractice of some high street retailers, whereby excess stock and returned goods are destroyed, as it is more profitable to do so than to repurpose the goods. Looking at one country alone, Prime Minister Édouard Philippe’s office calculated that nearly $710 million worth of new consumer products are destroyed or disposed of on an annual basis in France, with more than $900 million worth of unsold items going to landfills. Volkinburg further describes how the problem is deepened by a lack of ethical pay by some retailers. «If you are buying a dress for £10, there is no way that somebody was paid an ethical amount; consider how that garment was grown, woven, sewn, washed and transported».

Throwing light on these issues, there is a passionate talk of resolve. Alongside grassroots platforms such as Reture, she thinks the legislation will play its role. «It needs to be transparent and widespread. Nothing came to fruition when it was discussed years ago, but there needs to be accountability, and its lack is where we have messed up as an industry». This would also suggest that the responsibility of waste is an issue that sits at a middle ground between consumer and designer, and as collective responsibility bears no peer-to-peer scrutiny, the legislation would seem logical progression. The need for an outlet which enables upcycling would seem vital to the ever-growing problem of mass consumption. A BBC 2018 report stated how only one percent of our clothing is estimated to be recycled into new garments, while the Global Fashion Agenda predicts that by 2030, there is to be an expected 134 million tonnes of textiles discarded every year globally. While Reture stands as first in the arena, working with notable designers such as Matthew Needham, Patrick McDowell, and Liam Hodges, there are a number of other similar initiatives appearing. When asked about the competition, Volkinburg proclaims: «when there are other players, we can learn from each other. One of the benefits of competition is that it motivates you to work better. Our mission here is to make upcycling the prime choice for modern-day consumption. The priority is to normalize a more circular way of working, and we cannot do that alone». Looking at other industry progress cases, Selfridges sits most prominent in 2020, with their newly launched ‘Project Earth’ providing infrastructure to purchase pre-owned pieces, as well as garments for rent. «Retail is not dead», Volkinburg explains. «Selfridges is a case in point of generating experiences and memories. You can see how this contributes to progress». In this she suggests the evolution of the high street, with the consumers more immersed in the experience of understanding the production of their purchase. «We live in a time where there are a number of issues and challenges», she continues. «With main players like Selfridges, alongside technology that enables traceability and enacting a transparent supply chain, there is progress, and we need to celebrate that». This ethos is reflected in Reture, in having that ability to see and understand how and where something was made.

Speaking of the designers on the platform, Volkinburg aims to «support them, making sure they can reach a wider audience to propel upcycling into the mainstream». Continuing to note the work of the non-profit organization Fashion Revolution, she explains how prevalent it is to want to know more. «Our platform allows you to put a face to a name and a name to work. When we can connect with another individual, it injects meaning into a tangible good; it adds the story. When that sense of connection and understanding is absent, we are inclined to see it as a thing of which we would be less inclined to keep and more likely to dispose of».Talking of a renewed sense of localization, echoing the words of Fashion Revolution’s Orsola de Castro, Volkinburg proposes a recreation of the culture of the community. «Fashion is becoming more decentralized. Knowledge exchange has been lost in favor of a globalized scale. We are trying to support creatives in local communities». There is a sense of expansion on a localized level, with the potential to find an up-cycle with a local designer benefiting the local economy, and aiding the revival of town centers. According to ThreadUp’s 2020 report, 88 percent of consumers have adopted a new hobby during this year of COVID-induced flux, of which they plan to continue. This includes mending damaged clothes. It could be assumed that interest in refurbished goods, and the skill sets that are involved, is at a recent all-time high. With that in mind, Volkinburg describes that in terms of going forward, the aim is to on-board more skilled designers throughout the UK, and abroad. She clarifies how it should be formed of a democratic and meritocratic array of designers. «In an ideal world maybe Reture would become a verb, synonymous with upcycling directly with designers», says Volkinburg. As one of three co-founders alongside James and Robin, having worked with computer science and Google start-ups, she points out the difference in perspectives.

Reture is a fashion upcycling platform. The digital platform offers a bespoke upcycling service that enables clients to connect and collaborate with world-class designers to revive their preloved garments.