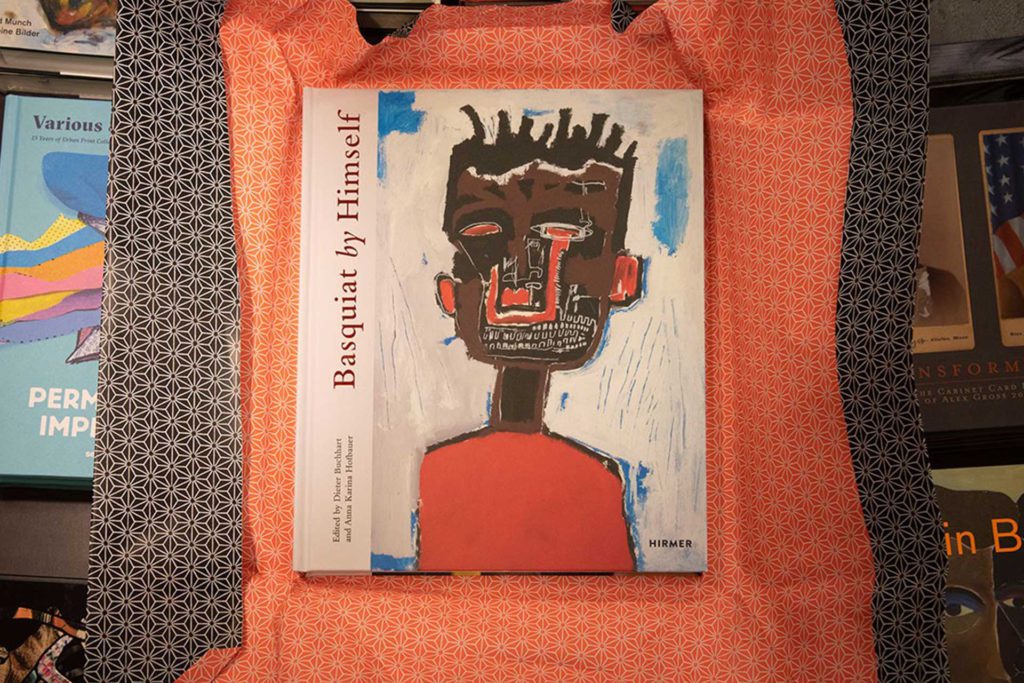 Alongside their team of staff members, Cohen and Dobernigg have sculpted their bookstore to be a supplier and motivator to the dissemination of literary goods in the area, and in extension, Hamburg

Located in the Sternstraße area and founded in 2002, Cohen + Dobernigg Buchhandel is a bookstore self-sustained by two individuals, John Cohen and Daniela Dobernigg. Alongside their team of staff members, Cohen and Dobernigg have sculpted their bookstore to be a supplier and motivator to the dissemination of literary goods in the area, and in extension, Hamburg.

The name of the store was a collection of curation between the two owners. An idea by a friend prompted the effort. «Naming the store was an arduous affair. We had the intention to stand out with our name and what we offered. It was our friend who suggested we use our names». Cohen and Dobernigg went to name the store in the order of Cohen + Dobernigg to prevent their customers from misconstruing their identity. «Over time, our customers have shortened our name to Co + Do Buch. For this reason, our online site has the same name, as it is straight-forward and simple to search».

Prior to initiating the bookstore, Cohen and Dobernigg led multifarious lives. Cohen shares that his partner, Daniela, had commenced her career in the book selling business at the age of seventeen. An Austrian native who lived bordering the South of Slovenia, Daniela took to working in bookstores upon graduating from her higher-secondary education. «She began with an internship in a bilingual bookstore in Villach. She then took to working across bookstores in Austria». Leading up to the formation of Cohen + Dobernigg Buchhandel, Daniela took on a managerial role in a chain bookseller. She hoisted, in fact, fifteen years of experience in the field of book selling.

John Cohen’s path to becoming a bookseller and bookstore owner shares some traits to his partner’s. Upon finishing his high school education, in fact, he spent time as an apprentice in a bookstore in his hometown in Frankfurt. He then moved to Hamburg to pursue his studies at the age of twenty-one. Upon enrolling himself in an economics program, Cohen withdrew himself from university after a period of four weeks. «At the time, I had come across an advertisement in the newspaper from an international book supplier in the city. The owners were in search of a bookseller who could communicate in English.

Cohen started working with the company the following day. He managed the sales for books and an assortment of reading materials brought in from across Germany, the United Kingdom and the United States. «The supplier assisted in gathering books for bookshops in the local area and Germany. I learnt the ropes and back ends to managing a bookstore through the owners of this business, who I am friends with till today».

The inception of Cohen + Dobernigg Buchhandel

Cohen then attempted to complete his degree. This time he pursued a degree in cultural studies. His time here spanned over the course of four years, but was left unfinished. Cohen shares that while working on his degree, he took up a role in a software company that catered to the inventory keeping of bookstores.

Having to sell the software to bookstore owners, installing it and training them on how to use it, Cohen traversed across countries in Europe. He then arrived in Austria, where he met his partner. «This role led to me meeting Daniela. We then started Cohen + Dobernigg as it is today. Now, we have a family together».

Cohen explains that his time travelling across Europe and encountering bookstores was an added reason to founding a bookstore like Cohen + Dobernigg Buchhandel, which stands out from its peers. «There were few bookstores appealing to the general public and to myself. The majority of them had backdated modes of functioning, ethos and missions. I wanted to bring a change and to resuscitate the reading culture in the periphery».

Cohen then planned out a structure to what a bookstore should be like from a customer’s perspective. His decision to remain in Hamburg and to situate the bookstore was led by the fact that he had been living in the area for some time. Cohen shares that the area they are in is up-and-coming and involved in the arts. Creatives, designers, musicians, artists and restaurants characterize the neighborhood.

«Culture marks the area, which stands for socialism and equality for all. Across from our store is a Portuguese neighborhood and is home to a subset of people of various ethnic groups». Cohen shares that while the area is a celebration for the arts and culture, there has been a rise in the gentrification of the neighborhoods and the city. He states that living spaces are rising in cost and those intending on living in the locale cannot afford to do this.

Cohen + Dobernigg is situated adjacent to a bookstore. While they thought this could deter the flow of customers to them, it was not the case, shares Cohen. Beside the establishment is a tattoo studio. In the upcoming months, Cohen + Dobernigg will take over it.

John, Daniela and their team of staff members chose their selection of books and other reading materials in the bookstore. The establishment carries varied titles in a multitude of genres. Cohen adds that while their library is vast, Cohen + Dobernigg Buchhandel does not carry a vast selection of bestsellers. He states that their demographic of book readers seek out titles that are recondite.

«We go through catalogues from established publishers and self-funded publishers in the industry. This allows us to carry general titles while appealing to the wants and needs of our customers. In turn, we find ourselves supporting lesser-known publishers and authors». Alongside using catalogues, Cohen + Dobernigg Buchhandel have attached themselves to publishers that visit the store twice a year to espouse the sales of certain titles.

Architects Nicola Sigl and Claudia Kersten developed the design of the store. At the time they were recent graduates and unfamiliar in the field of designing bookstores, shares Cohen. «The store had not been used by any businesses prior to us moving in. We worked to design the store to reflect the modernity of reading in the twenty-first century».

The space of Cohen + Dobernigg Buchhandel spans across one hundred and forty meters. The middle of the store features an oval shelving unit that allows customers to walk around and through it, leading them to the cashier’s desk. Shelving units that span from the floor to the ceiling carry the books.

Cohen says that there is a galore of space for customers to walk around in circle, to discover the titles available. «The middle of the store holds children’s books on the oval furniture piece. One side of the store holds fiction, and the other holds books in various other genres and subject matters». As of this year, Cohen has since added a table. A change that has not occurred since they moved into the space nineteen years ago.

Cohen + Dobernigg Buchhandel’s efforts to give back to the community as well as to encourage reading is kept alive through their partnerships with neighboring bookstores and book reading events held in their store. Cohen states that reading cards make the collaboration with booksellers in the area possible. «These reading cards are designated for reading events held either in Cohen + Dobernigg Buchhandel or any one of our partner stores. Customers can collect stamps on these cards based on their attendance and get a waived entrance to a future event taking place in any of the stores».

Members of the German green party, Cohen and Dobernigg have firm ecological-beliefs when running their business on a day-to-day basis. Cohen shares that he has since shifted to acquiring energy for the store through renewable and clean sources.

He adds that he works with suppliers to remove the use of plastic that comes with packaging books to the store. «We do not give our customers the option of using plastic bags. Over time, we have learned that paper bags are not sustainable in the long run. We provide returnable tote bags». A varied business model practiced here, tote bags are available for purchase and are returnable. Customers would put down a deposit for a bag in the case they need one. Customers then can return with the tote bag and reclaim their deposit if they intend on doing that.

Social responsibilities are another facet that is practiced at Cohen + Dobernigg Buchhandel. Cohen states that his employees are paid living wages. Further, suppliers and businesses that work with the bookstore uphold the same ethos to compensate their workers fair wages.

During the lockdown period, Cohen + Dobernigg Buchhandel survived as an independent-bookstore through the support from the general public. This was made possible due to apt delivery practices maintained by wholesalers and publishers that allowed them to cater to their customers. In the near future, Cohen + Dobernigg Buchhandel look forward to hosting events in their bookstore for their demographic of customers and to continue acting as an agent of change in the community.

Cohen + Dobernigg Buchhandel is a bookstore in Hamburg bringing a change and resuscitating the reading culture in the periphery.