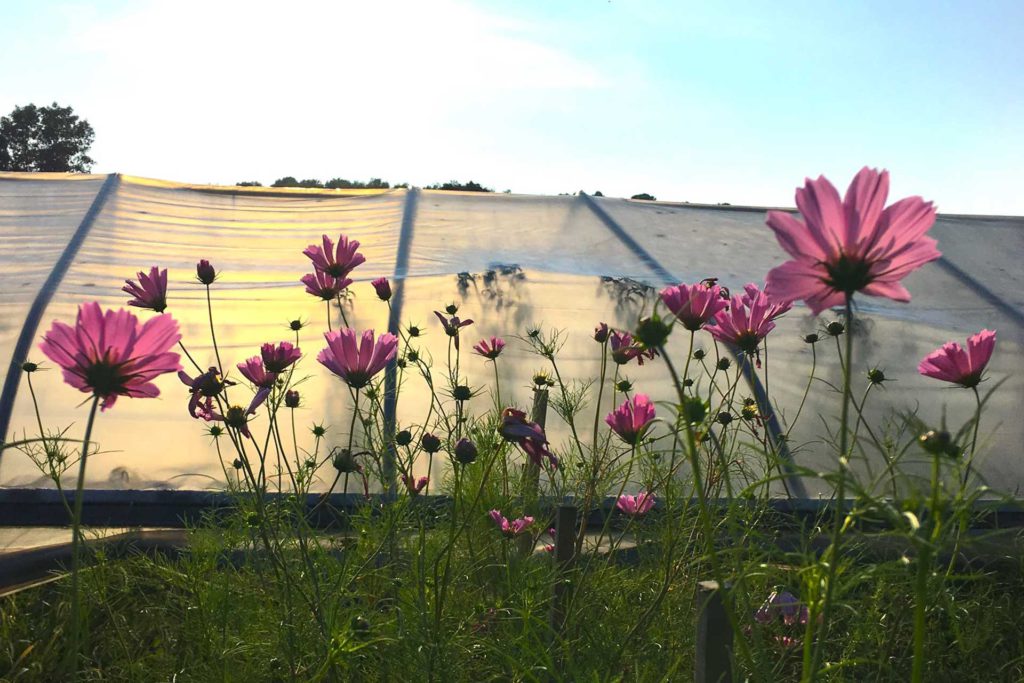 Biodynamic agriculture: plants and animals are working together

The Biodynamic Association is a participatory, membership-based nonprofit organization that works to nurture the North American biodynamic movement

The growing demand for food is not the only one responsible for the abuse; the supply chain of the fashion industry has demanded efforts at an agricultural level. Cotton plantations, but also the production of animal leather and other types of materials have led in some areas to the degradation of the soil. What many who are involved in biodynamic agriculture, associations and charities dealing with sustainability like Dirt criticize, is the non-admission of faults by the fashion industry. Some brands seem to want to repair the damage caused by themselves, proposing solutions for the future without looking at the past, and for the current condition that we are experiencing it seems difficult to be restored without any regulations or laws imposed by institutions. Thea Maria Carlson, previously Executive Director at Biodynamic Association, states «Around the world, biodynamics is alive in thousands of gardens, farms, vineyards, ranches and orchards. The principles and practices of biodynamics can be applied with thoughtful adaptation to scale, landscape, climate, and culture».

Combining human and environmental well-being gives rise to the kind of biodynamic agriculture that is not only attentive to the needs of the flora, but also the fauna as Carlson explains. To follow the rhythms and cycles that nature proposes without imposing on the land a pace established by the farmer. «Biodynamic is a holistic, ecological and ethical approach to farming, gardening, food and nutrition», affirms Carlson explaining the origins of this practice. This methodology was developed in Europe starting in the 1920s, at a time when some practices of industrial agriculture were already emerging after the First World War. Some farmers noticed the degradation of the soil conditions, a decline in its vitality and in that of the animals. Rudolf Steiner in 1924 devised a kind of lecture that explored the basics of the renewal of agriculture, Ehrenfried Pfeiffer brought these practices to America and founded the Biodynamic Association continuing with scientific studies to evolve those. The researchers then combined their work with on-farm research implemented by the farmers themselves. The organization of the farm is conceived as a living organism, the different parts that compose that forest, land, pastures are integrated and are developed collectively. One of the phases is bringing together plants and animals, continues Carlson, as in a natural ecosystem, while it is widespread to find only plants, usually one type of that, or only animal breeding. In the first case what is lost is the possibility to fertilize and chemicals are used to compensate for that. In the other case, the Covid-19 pandemic explained why the food system has some biases, explains Carlson, all the animals are together, feeds need to be imported and a great quantity of waste pollution contaminates the different resources. «Biodiversity is another key aspect of biodynamics», states Carlson, both for big and small realities this methodology mixes flora as herbs, vegetables, plants, flowers, and fauna.

Nutrients instead of pesticides and chemicals

The principles stated above are the core values that permit biodynamic cultivation in order to enhance its fertility. The process begins growing crops and making them live slowly, refeeding the soil instead of the cultivated flora, the plants growing in the ground without fertilizers. Another key factor is composting and this material can be easily created by putting together scraps of crops, manure, or other organic wastes, resulting in a fertile source for the soil; the diversity of the compost mix favors nourishment. The biodynamic compost is composed of medicinal herbs, fermented to create the compost, and chosen according to the surrounding biodiversity and the cultivation period, some of the most used are yarrow, chamomile, nettle, oak bark. They interact with the compost being inserted in different parts of the heap that were prepared usually two days before, according to Carlson, in order to allow the compost to soak in all parts well. «Biodynamic preparations strengthen the quality of the compost by stabilizing nitrogen and other nutrients, multiplying microbial diversity, and bringing more sensitivity to the composting process». The process permits to adjust the soil condition according to the surrounding environment and flora and fauna species. This compost also brings carbon back into a life cycle environmentally related, allowing the release of carbon to decrease. The following step is preparing the biodynamic spray, horn manure or horn silica are used in order to revitalize the soil and connect it to the plants; they are sprayed over these usually in the morning or when the sun goes down enhancing the immunity and the maturation and the photosynthesis processes. Other elements used can be horsetail able to prevent fungal disease and to distribute water between soil and plants. «Together, the biodynamic spray and compost preparations bring plants into a dynamic relationship with soil, water, air, warmth, and cosmos to help them develop in a healthy and balanced way, access the full spectrum of nutrients they need, and become more resilient to pests, diseases, and extreme climate conditions», states Carlson.

It could be complicated to establish the level of integrity of the practice, which is why biodynamic agriculture is certified. The Demeter center, created in 1928, has drawn up international standards for farms and products that adopt this technique, Carlson explains, adding that six thousand farms and five hundred thousand acres are certified worldwide. The principles analyzed are biological diversity, generating fertility on the farm, using biodynamic preparations and being aware of their wide connections, generating disease, insect and weed control on the farm, integration of livestock, on-farm water and water-way conservation, gentle post harvesting and handling. Carlson makes note that the US government USDA National Organic Program permits more things than the Demeter certification such as the import of organic fertilizers and pesticides or of feeds and can also certify some crops instead of the whole farm. The ability to create a community around the farm is the added value of the biodynamic approach and nurture the human relations together with the natural one. It also implies the inclusion of social health practice as integrating people with intellectual disabilities, it can be practiced in schools and it can connect intergenerational components, explains Carlson. Biodynamic agriculture seems to be the participative solution that solves much of the problems humanity is facing through widespread vitality among the different components of an ecosystem. In the food industry this technique is quite widespread, but it can have further applications such as the production of raw material for the fashion industry. The exploitation of natural and human resources by the fashion industry has been going on for years following rhythms unimaginable in nature, this has impoverished the soil and ruined the ecosystem that had been created around.

The BDA to grow the community of biodynamic farmers, ranchers, gardeners, and land stewards; communicate the vision of biodynamics and the potential it holds for the Earth.