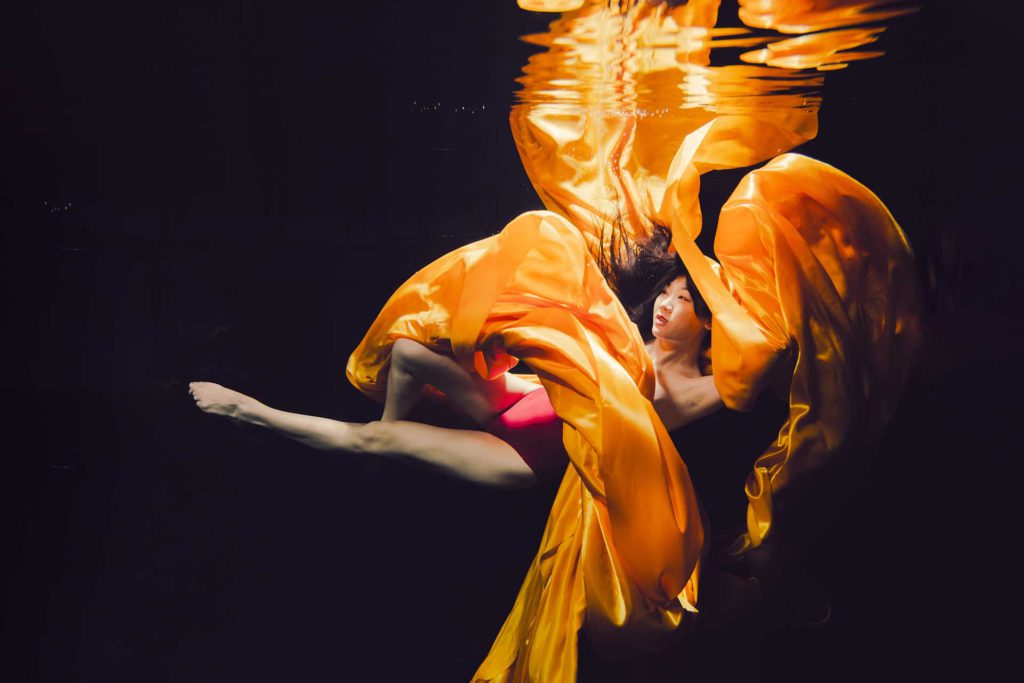 Y-40: scientific researches in the deepest thermal pool in the world

With Italian materials, technology and know-how, innovation was applied to the underwater world at Y-40 The Deep Joy

Opened in 2014, Y-40 won the Guinness® World Record for the deepest thermal water pool in the world, based in Montegrotto, Italy. Reaching 42,15 meters of depth in its lowest point. It also hosts the only underground tunnel, thirteen meters long, to be completely immersed underwater.

The construction works lasted exactly three hundred and sixty-five days, from May 2nd 2013 to May 1st 2014, and more than six hundred people worked on the site. Architect and owner Emanuele Boaretto designed the pool starting with the athletes that were going to use it.

The whole architectural design was developed after hosting a series of focus groups with divers and free divers, that «brought up the issues and ideas they thought we would have to keep in mind in a project like this» and «had the feeling to feel a part of the development». One of the main issues  you face when working with underwater architecture is the number of variables you have to consider and the difficulty to constantly keep track of all of them. «In our case it was finding a way to monitor and maintain a constant and uniform temperature throughout the four million and three hundred thousand meters of volume of the pool».

Transparency also had to be kept in mind, introducing the need for a specific filtration system. The aim was achieved by placing a hundred inlets for the filtered water and more than a hundred control points where the water temperature, pH and flow are constantly monitored. Y-40 now has the capacity to have the water completely filtered in less than six hours. The process takes place several times a day.

All materials, know-how, and workforce used were local; building materials include concrete, steel and ceramic for the pool paving. A special glue was used with a newly experimented composition in order to overcome the issues of «waterproofing and containing pressure». Under an architectural point of view, a project like this is both particularly challenging and interesting, explains Boaretto, because «you do not have a landline» which gives a «different perception of the space».

In terms of energy consumption, the structure is entirely heated with geothermal energy, which is made easier by the convenient closeness of natural thermal sources in the area. The remaining implants are electric, and their impact is not negligible, but the team is «planning to switch to solar panels and other renewable energy sources». The cost, comments Boaretto, «was considerable, but is now starting to offset», thanks to the many activities hosted and promoted by the pool, albeit the pandemic crisis has slowed down growth.

Unexpected uses for a pool – The Y-40 case

Y-40 promotes and hosts a wide variety of activities, many of which are quite peculiar for a pool. First and foremost, Y-40 hosts Marco Mardollo and Umberto Pellizzari’s Apnea Academy, delivering freediving courses, events and professional and teaching training. For the project Y-40 Dive Me to the Moon a 1:1 reproduction of the lunar lander Apollo 11 was made in collaboration with NASA and used for the videoclip of the song Motivo by Italian singer Gianna Nannini. For the event Deep House Desperados DJ Peggy Gou played for the deepest club in the world ever. A system of underwater speakers was put in place.

Giovanni Boaretto, Y-40 executive manager, explains how «managing sound is completely different underwater». When immersed, music reaches you without you being able to identify where the source is. Bass are also more difficult to hear. To compensate, vibrating platforms were placed at the bottom to give the same bass feeling. Y-40 is also an underwater stage, where commercials for companies such as Adidas, Dyson, Porsche and GoPro were filmed.

The Open Lab hosts research projects, studying the specific issues the human body faces when free diving, but also those in parallel with the space, like Sky Scuba Space in collaboration with DAN Europe. A research conducted on location by the University of Padova also made Y-40 the largest neutrino observatory in the world, thanks to the particular conditions provided by the pureness of the water and the use of liquid scintillator, which allow to maintain the variables.

The first underwater blood draw and echography, electrocardiogram and encephalogram were made at Y-40 in collaboration with the local University, with «surprising results soon to be published». Art is also present with dancers and freediving performances coming to film shows. The relationship between human beings and water is at the core of all activities: «we are generated, we become men and women inside the water». When immersed, the conditions and responsiveness of both mind and body change, giving birth to a new sensibility.

On June 28th 2021 Chinese freediving instructor, model and artist Dada Li performed at Y-40, together with the famous Julie Gautier to show some new work to the press. Li explains how, when you are free diving, «you can feel and see things from different perspectives». After first coming into contact with the discipline in 2012 she made a career out of it, becoming an advocate but also an environmental activist. In 2017 she curated the first international underwater film festival.

Free diving promotes respect towards nature and the environment. Everything changes when you are surrounded by water. From the touch of the skin to the way you interact with the environment. Growing up in the city it’s hard to be surrounded by animals or other forms of wildlife. In the water divers get the chance to come into contact with the creatures living in the sea. «It gives you the feeling that humans are not superiors», and they should preserve the planet for creatures of all other realms to be able to live on it too.

Free diving is a low carbon activity per se, needing little more than your body and a swimsuit. In turn, it can be an efficient form of communication to raise awareness. At the same time new professional figures are developing, creating a new job market, such as diver cameramen, photographers, choreographers, directors and technicians.

Given the abilities needed to become both a professional diver and video-maker or operator at the same time, those are also considerably profitable jobs. Water seems to be on the verge of becoming the source for many new opportunities and a different, more respectful way to inhabit the planet.

Located in the Hotel Millepini near Venice, Italy, Y-40 is the world’s deepest thermal pool. The pool is filled with 4.3 million liters of thermal water from local springs, allowing divers to plunge without the skin suits they’d need in open seas or lakes. It also contains underwater caves aimed at training scuba divers to negotiate sub-aquatic landscapes. There’s also a suspended transparent viewing tunnel that allows spectators to watch the divers in action.