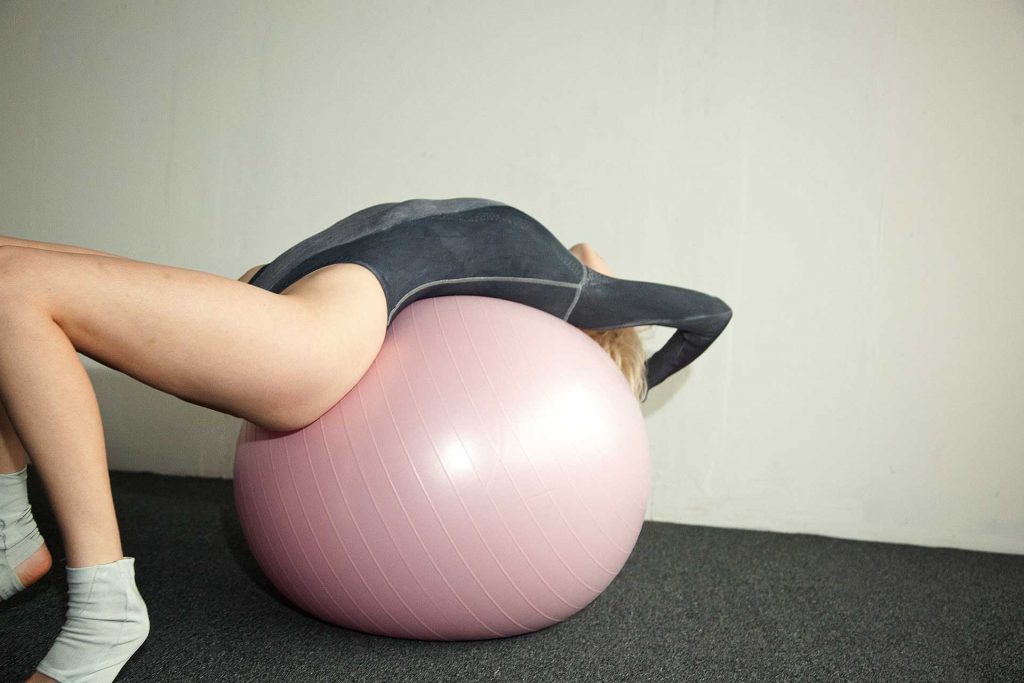 Probiotic clothing, not sci-fi but science: wearing a base layer made of bacterial colonies

«There are more bacteria in your armpits than there are humans on this planet». How genes, environments, and clothing effectuate a human’s body odors

Dr. Callewaert: looking for a method that enables scientists to support the skin’s health

The human’s largest organ is home to a diversity of bacteria colonies, fungi, and viruses, composing the skin’s microbiota. The skin thereby acts as a physical barrier, preventing the invasion of pathogens – microorganisms causing diseases. If this barrier is being severed, the balance of benefiting commensals and pathogens gets disrupted, resulting in common skin or systemic diseases. One can segment the microbial communities into physiological categories, adapted to the skin site of the body parts and conditions. Bacteria are sensitive to moisture or humidity, and these environments contribute to specific stampings of the microorganism. The major four microenvironments are the forehead – an oily body region; the crook of the arm, or antecubital fossa, characterized by moisture; the forearm and foot toe web space. Dr. Chris Callewaert, the Senior post-doctoral researcher at Ghent University, occupies himself with the research on a human’s body odors, specifically focusing on developing technology for malodor in areas such as the armpits. Under the name Dr Armpit, Dr. Callewaert shares his findings with the public, thriving to open a discussion on a supposedly closed-up topic. «I am specialized in the skin, armpit, clothing, and washing machine microbiomes in relation to malodor formation. I have been studying aspects of microbiology, metabolomics, volatilomics, and basic immunology», shares Dr. Callewaert. «I am most known for my research on armpits and the bacterial approach to tackle the malodor problem. We have done armpit bacterial transplants and armpit bacteriotherapy to solve body odor at the source». Understanding that chemicals in clothing, and genetic predispositions, contribute to a person’s body odor, he initiated a research experiment, trying to discover a method that enables scientists to decrease the condition and support the skin’s health. «There are more bacteria in your armpits than there are humans on this planet», he states in a Ted Talk. «Hygiene is of influence, the food that you eat, the environment, and your genes; but the detriment parts are the specific bacteria species in your armpits», says Dr. Armpit. Older people are dominated by corrida bacteria, which has a high enzymatic potential to break down the long-chain fatty acids, hormones, and amino acids in their sweat into a pungent smell. Standard methods to cover the smell are the use of deodorants, the injection of Botox into the armpits, or the boiling of the skin to seal the perspiratory glands.

Dr. Callewaert and his team looked into finding identical male twin siblings, with one sibling having a body odor that the other twin did not evince. By developing a bacteria profile of their armpits, the scientists identified a diversity of bacteria species. One of the men’s screens showed dominance in bacteria, negatively impacting his body odor. To tackle the issue, the team researched armpit bacteria transplantation, «harvesting the good bacteria of the non-smelly twin and putting it on the washed armpit of the sibling who had a body odor. After one day, the good bacteria – Corynebacterium – remained». After studying and working in the fashion industry for skiwear and sportswear brands, Rosie Broadhead commenced a Master’s degree in Material Futures at the London Central Saint Martins. The direction of the course centered around the interaction between craft, science, and technology. «This experience broadened my approach to design through experimentation, collaboration, and cross-disciplinary studies. We do not just look at design but study technical innovation, advances in science, social patterns, politics, human behavior, and the importance of a sustainable future», describes Broadhead. With her pieces, she seeks to acquire a textile whose production does not involve the use of toxic chemicals and biocides to add function to the fabrics. Through her professional expertise, Broadhead gained knowledge about chemicals such as antibacterial finishes or biocides, which «kill the bacteria on your skin including the positive bacteria. Not only this, but these finishes have been proven to affect the skin microbiome». She expands, «the manufacture of biocide based antimicrobial textiles is a big market in the sportswear and outdoor gear industry. The most common technique involves embedding silver and aluminum salt for their anti-odor properties. Developing fabrics that are bacteria resistant will be a continual battle. Bacteria will become immune to their effects, and over time antimicrobial compounds will have to shift. These biocidal materials have been proven to have an effect on the skin microbiome, and potentially worsening the body malodors in the long term». Stumbling across Dr. Chris Callewaert’s research on bacteria therapy and «how fabrics can take on [their] own microbiome through the interaction between clothing and skin», the designer, whose graduation work ‘Skin ||on probiotic textiles’ became a success, initiating the start of their collaborative research. In one of Dr. Callewaert’s early research studies from 2014, the scientist had investigated the microbial growth and odor development in cotton and synthetic fabrics.

After a bicycle spinning session, T-shirts of 26 healthy individuals were collected and incubated for 28 hours before their analysis. An odor panel determined differences between polyester versus cotton fabrics for the hedonic value, the intensity, and five qualitative odor characteristics. «The polyester T-shirts smelled more intense compared to the cotton T-shirts. A dissimilar bacterial growth was found in cotton versus synthetic clothing textiles», reveals the study. «In my research, we have seen that particular textiles can grow a malodorous microbiome, which gives a pertinent and persistent malodor that no deodorant can solve. Instead of letting those malodorous bacteria grow, we preemptively inoculate the clothes with good bugs that do not cause those faecal-like malodors», explains Dr. Callewaert. «We use probiotic bacteria that are common in textiles and do not cause hefty malodorous. We apply a series of techniques to attach the bugs to the textiles». He continues, «Rosie knows many things about textiles and fashion that I do not know. She is the perfect match to develop a probiotic clothing concept». Due to the ongoing research process, the scientist could not unveil the name of the bacteria colony they utilized to develop their research studies.

Growing on the findings, Broadhead’s research focuses on therapeutic benefits fabrics can have on a human’s body. Intending to fuse the niche of fashion, perceived as a superficial branch, with scientifically proven benefits, Broadhead was spurred to the creation of Skin Series – a collection that serves as an extension of her graduation line. «It is not a commercial project». Broadhead differentiates herself from the consumption-controlled industry, underlining that science and fashion work along different time dimensions and expectations. «There is no correlation between fashion and science. Research will not come in the same seasonal model as fashion».The term ‘probiotic’ became a guiding aspect during the creation process. For years, probiotic clothing, used in healthcare and medical environments, explores the benefits of encapsulating healthy bacteria into clothing fibers. «These are activated when they come into contact with the moisture on our skin, allowing them to dominate other less beneficial bacteria. The encapsulated bacteria are associated with reduced body odor, encouraging cell renewal, and improving the skin’s immune system. This concept could replace the need for chemical fabric finishes but also reduces the need to wash your clothes as frequently».

The clothes’ shapes and silhouettes follow the necessity to be in touch with the skin and can be worn as base layer pieces. «When we incorporate the bacteria into the textile, then they are dormant, so not alive until in contact with moisture. When you sweat, then this will activate the bacteria, and the bacteria start to colonize on your skin». By imbedding magnesium sulfate, seaweed, vitamin E, and zinc in the yarns, Broadhead intends to understand the influences these ingredients have when incorporated in clothing. «All these materials have therapeutic properties to the skin and body that improve the immune system of your skin, encourage cell renewal, and hold antioxidant and anti-inflammatory properties. Magnesium Sulphate can help relieve muscle tension, balance hormones, and seaweed and zinc hold antioxidant and anti-inflammatory properties». The utilization of natural ingredients avoids the incident of toxic chemicals during the manufacturing process and  ensures the core concept of sustainability and circularity. «My garments are being manufactured in the UK. The seaweed is sourced sustainably from Iceland and Germany». Explaining the manufacturing of the yarns, she continues, «Generally, celluloses is done in a circular process, which ensures that it goes naturally back into the system. My project’s ethos is to replace chemicals in the clothing and environment, which is sustainability in itself». In the lab, the symbiosis between the scientists and Rosie Broadhead is balanced. «Chris’ role is to look at the bacteria and how I can use it in an encapsulated version through techniques like micro capsulation. My role is to focus on the textile manufacturing process. It is about researching what is possible and how we can make the bacteria robust. The findings are being tested every three weeks». For the collection shooting, Broadhead collaborated with stylist Wei Ting. Seeking to underline that working with bacteria is not related to sci-fi practices, the designer intends to give a connective point for the viewer. «Bacteria has been on our skin since the beginning of time», she says. «It is not about being futuristic but about having this connection with our body – This is what the shoot was about». Asking about the evolution of the niche, she says «People are concerned about the food they are eating and what skincare they use. Clothing will be the next step as people are becoming more concerned about what they wear on their skin. I would say that some chemicals are essential to certain products. It is not about removing them completely, but about figuring out where it is going after and how a transparent production process can be ensured».

Dr. Chris Callewaert, the Senior post-doctoral researcher at Ghent University, occupies himself with the research on a human’s body odors, specifically focusing on developing technology for malodor in areas such as the armpits. Under the name Dr Armpit, Dr. Callewaert shares his findings with the public, thriving to open a discussion on a supposedly closed-up topic

After studying and working in the fashion industry for skiwear and sportswear brands, she commenced a Master’s degree in Material Futures at the London Central Saint Martins