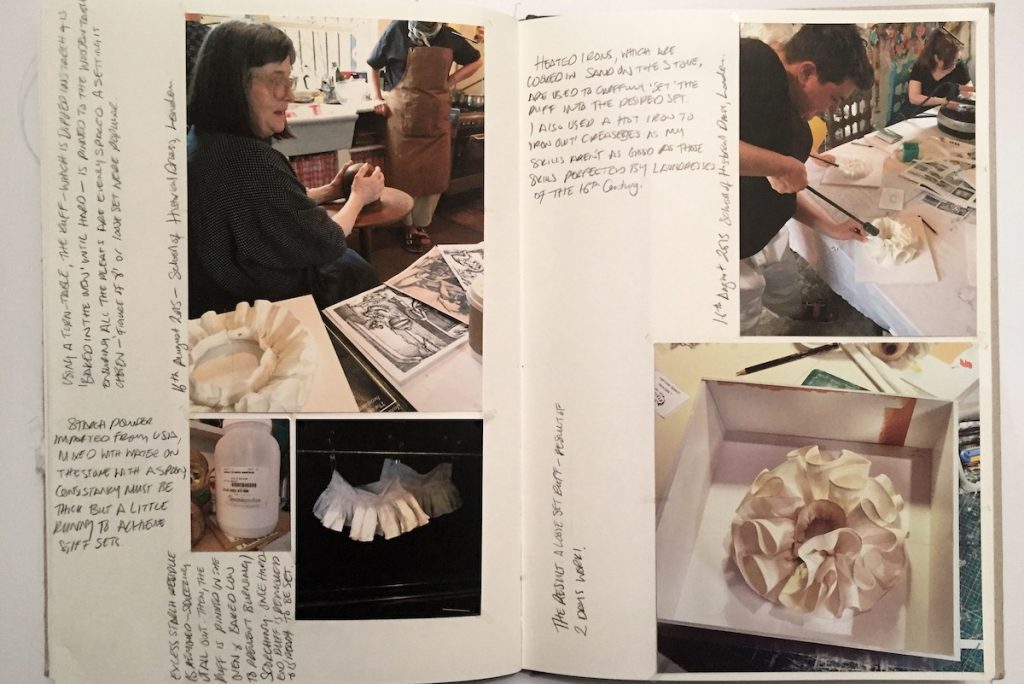 Nabil Nayal on Manus vs. Machina «I stand for craftsmanship, things that are made by people for people, the machine being celebrated for what it can do»

Nabil Nayal is a Syrian-born British fashion designer whose designs are heavily influenced by historical craftsmanship.

NN: I was drawn to objects, forms, and shapes from a young age. My dad in Syria ran a textiles shop, so I was exposed to Syrian textiles and how they were woven, constructed, and how they smelled.  The attraction to forms made me re-imagine the potential of transforming flat surfaces into three-dimensional shapes, hence, accepting an object, not as it is but as what it can become.  In 1998 I moved to Sheffield and pursued my BA in Manchester in 2005 and Royal College of Art in 2010. I started to pivot my thinking towards implementing a business mindset in works, and around 2011, I became a finalist at Fashion Fringe, the competition that Erdem won a few years before. I didn’t win the competition, but I became a finalist and showed during London Fashion Week, and as a starting point for stepping into the industry, Lady Gaga has worn my design.

AP: Were the Elizabethan influences there yet?

Visually, it differs compared to now but in spirit it is the same. The spirit of Elizabethan and the nature of historical context has become refined, whereas my previous works reflected a ‘dramatic’ concept. For instance, we used Sophie Hallette lace made of gold-plated metal to recreate theater and drama’s opulence.  Since the price of the design is £36,000, the project was sponsored. In 2015, I got involved in a Ph.D. in Manchester, where I examined craftsmanship and its meaning – manual versus automatic. There should be an analysis of friction created between digital technology and hand to bring the technology into fashion. This idea took me towards sportswear, where my engagement was connected with the construction process, and it affected my dramatic garments.  In a way, it purified the shapes, or distilled them down to the core, the kernel of being and becoming. And so, a ruff on a garment would be a ruffle. This shirt is about the ruff and so it would celebrate that using sportswear technologies to facilitate the construction. At the end of my Ph.D., in 2017, I got an understanding of my vision, what I stand for as a designer and my values. I stand for craftsmanship, things that are made by people for people, the machine being celebrated for what it can do. There is a realization that there’s a person behind that machine making it happen and ultimately, a person who is behind the machine that makes these decisions. I appreciate craft as a thing that the hand creates whether it’s connected to a pencil or fabric or whether it’s pressing a button on a machine to complete a process. In 2018, my collection was first presented at the British Library for Fashion Week.

AP: When did you start working with 3D printing?

My Ph.D. was about the concept of disruption. It started as an exploration of craft and digital technologies. By accident, it pivoted towards disorder because, one night, when I was printing something out ahead of my meeting with my supervisor, my printer ran out of ink. Then the printer produced an image of something striped, and I was drawn to that image. It went to the idea of eruption, breaks, and then disruption as a concept – that evolved naturally. Backtracking, I considered disruption to become part of my design process. I tracked it back to the Royal College, where I stumbled across the rapid prototyping department, and I was looking to 3D print a historical object and use a contemporary concept to apply to history. In 2009, I began working on 3D printing. My collection for my MA featured quite a few 3D printed objects, usually of baroque objects, ornate shapes, fabrics, and drapes over it.

AP: How do you use historical garments in combination with modern technology?

When I’m researching a garment from a specific century, I look at the construction process and the shape and form of the garment. A smock from 1598 is about assessing the hands that came together to make that garment and other matters involved in constructing it.  For example, there are smocking techniques involved with the smock that bring my attention.  Next, I work on re-imagining and shifting the historical character to the twenty-first-century setting, and what would they do if given the available machinery? If they were to develop these smocks with contemporary machinery, what outcome would it give?

AP: Is that how you think you are able to make these historical techniques relevant?

There are numerous concepts with historical referencing filtered through the lens of the white shirt within my work.  It is made with a garment with a collar, plackets down the front, sleeves, cuffs, and the poplin’s sound that is used to make the shirt.  That’s my definition of a classic white shirt and so everything I tend to create is filtered through that language and I think that is probably how I’m managing to make a lot of those historical references contemporary is by it being aggressively forced through the filter of a classic white shirt. That might manifest in a garment that does not resemble a shirt but takes on some of its qualities. I have felt like the odd one out at Fashion Week because I have been the person who is passionate about historical referencing. People should learn from historical methods, ways of working and processes.

AP: You started to incorporate your Syrian heritage into your designs

My dad had just returned to Syria after around nine years of being away and I was being sent the images of things that we had left behind in a hurry in 1998. There were objects I had not seen for about twenty years. It took me back to when I was fourteen and I felt the urgency and need to reconnect to my cultural heritage, and reference it in my works. It was a rollercoaster going through the times we had to leave Syria. I struggled to get hold of fabrics from Syria but it was troublesome in the timeframe that we had. I referenced historical dress, this time looking at Syrian and the Levant and the Middle East region, analyzing the historical fashion of the time around the Regency period. Since then, my dad has brought back Syrian fabrics from our shop. One of my plans for a future project is to do something about my cultural background while using fabrics that were used in my hometown. There is a level of accountability that needs to come through in fashion. As a designer, I am leaning towards the idea of exclusivity, by producing in smaller quantities. We also need to involve the audience to speak of sustainability, that the concept of sustainability becomes a form of luxury. Numerous industries have been forced to pause because of the Covid pandemic. The model that we have been working in, which was set out decades ago, has led us into this situation regarding sustainability, ethics, and inclusivity.

Nabil Nayal is a Syrian-born British fashion designer whose designs are heavily influenced by historical craftsmanship. He is renowned for using historical garments in conjunction with contemporary technology, including 3D printing, something he studied as part of his Ph.D. at Manchester Metropolitan University. Currently, Nabil is the Course Leader for the Fashion Design Technology MA at London College of Fashion