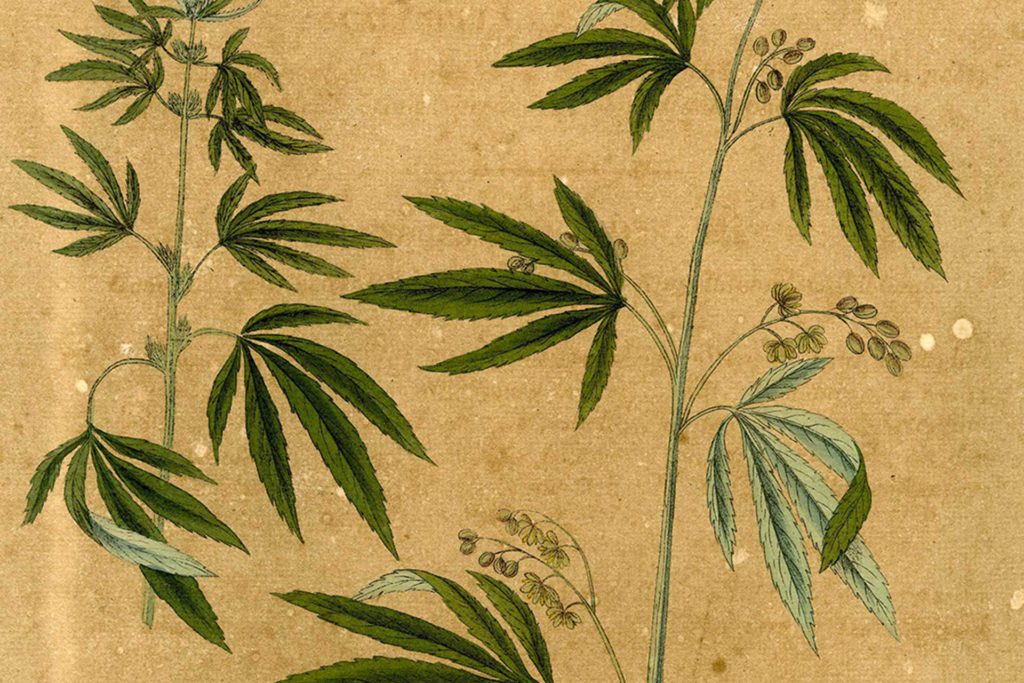 Why hemp is an effective tool in regenerative agriculture?

Tracing the journey of hemp production and its role in improving soil health: reporting Rafael Dulon at EIHA June 2021 conference

Lampoon reporting: Hemp and the agroecology

Considered one of the oldest crop plants in the world, hemp is an easy to cultivate plant resistant to pests. After hemp was once again deemed an agricultural crop in 1996, there have been several steps taken to not only re-establish hemp as a cultivated plant but also integrate into the agriculture cycle of other crops. Rafael Dulon, a recognized expert in hemp cultivation and harvesting technology as well as the founder of HANF FARM commented on the qualities of hemp that make it a key aspect of regenerative agriculture at the 2021 EIHA Conference held in June. According to a 2019 report from the U.N. Environment Programme (UNEP), agricultural production is currently the planet’s largest form of land use, responsible for twenty-five percent of global greenhouse gas emissions.

This is where the farming principle of regenerative agriculture, which seeks to rehabilitate and enhance the ecosystem comes into play. Regenerative practices not only help reduce greenhouse gas emissions but also capture them through carbon sequestration, furthering the goal towards carbon neutrality. During his presentation at the conference, titled Surviving the storm across the hemp field, Dulon expanded on the role of hemp in the regenerative agriculture movement.

He explained that the increase in average temperatures and extreme peaks in summer have led to widespread drought and desertification of land. He added that the cultivation of hemp helps to offset this; because of its fast-growing, resistant nature hemp can be used for companion planting in alteration with other crops in a cycle. Hemp is also a hardy plant that not only requires lesser amounts of water but reduces the evaporation of water, cooling the soil temperature. Because of this hardy nature, the plant can also grow in less fertile soil as well as absorb toxins, heavy metals, and other pollutants to reduce soil pollution.

The deep, long roots of the hemp plant hold the soil together

Highlighting soil health further, Dulon explained that due to its deep roots, hemp holds the soil together, reducing erosion and also loosening the soil to allow more delicate plants to grow afterwards in crop rotation. He adds that because hemp grows relatively quickly and easily blocks out room for weeds, it can be used as a ground cover crop allowing for year-round growth of plants.

In other words, rotating different cash crops with hemp can replenish the soil with added nutrients for a high-quality soil structure during the next cultivating season. He says that aside from bolstering soil health, hemp produces a lot of high-quality biomass. The matter that not only returns to the soil for decomposition, increasing essential nutrients for better soil health but serves a dual purpose by being suitable for harvesting for products like CBD. «Hemp is a natural biorefinery which enables versatile and economical use of all its components», adds Dulon, speaking of hemp’s potential for bioremediation, using plants to decontaminate soil and water.

Hemp he adds is naturally resistant to pests, reducing the use of pesticides which helps conserve pollinators. By keeping pollinators safe, hemp also helps increase plant diversity. Carbon dioxide is said to account for more than eighty percent of greenhouse gas emissions. Since most of these emissions come from burning fossil fuels, one of the ways to reduce it is by switching to zero-carbon energy sources such as hemp. In his presentation, Dulon attributes hemp’s ability to help the soil to not just  its strong and deep rooting of the soil, but also being able to pull huge quantities of C02 out of the atmosphere to improve the soil and the atmosphere.

Research estimates that for every one hectare of industrial hemp grown, about twenty tons of carbon dioxide is eliminated from the atmosphere. Dulon’s Hanf Farm, which produces hemp blossoms & leaves, seeds and various flours and powders taps into hemp’s versatility by making economical use of the whole plant. With a mission to «take ecological, social and economical aspects into consideration without exception during the entire production process starting at the beginning of growing hemp» , Hanf Farm’s regenerative approach is based on a combination of organic agriculture, research and studies into carbon farming and using everything from hemp seeds to leaves and straw as rapidly renewable raw materials.

Dulon explains that some limits to growth of hemp cultivation continue to exist. Until 1996, hemp wasn’t grown for commercial use in the United States due to its negative public perception and relation to cannabis. Though the rules around hemp cultivation have been changing over the past few years, there are still obstacles that disrupt the industrial hemp sector particularly in relation to markets and regulation of the crop in Europe. About the misconception that hemp is toxic and its impact he says, «There are sales bans, confiscations and court cases all over Europe related to hemp food and CBD products», adding that such actions from authorities are causing problems for everyone involved in the hemp industry from farmers to processors and traders.

Delving further into the issues in hemp cultivation, he explains how despite hemp-derived CBD ingredients, including plant extracts or isolates becoming popular for use in foods, beverages, and food supplements due to low levels of THC and health benefits such as stress relief and mood enhancement, the regulatory status of hemp and CBD as a food ingredient is still developing. Though Dulon’s presentation highlights that «the European Food Safety Authority’s recommendation for THC intake is outdated and unnecessarily strict and that novel food regulations are often comprehensible», the current regulatory status and trends regarding CBD as a food ingredient means that companies have to be aware of the requirements of food safety and public health of CBD as an ingredient in order to identify challenges and opportunities when planning marketing strategies.

Quoting scientist Charles E Kellogg, «there is no soil without life and no life without soil. They both evolve together», Dulon concluded his presentation with the message that hemp has several eco-friendly and sustainable uses that allows it to be applied as a regenerative farming approach. With a focus on developing soil rather than destroying it, regenerative hemp cultivation helps restore soil health which has been degraded over the years due to poor agricultural and industrial practices and promotes a healthier ecosystem by rebuilding and maintaining the soil organic matter through holistic farming. Hemp agriculture promotes healthy soil which in turn grows healthy food and improves the health of people.

The annual EIHA conference is established as the largest meeting of experts on industrial hemp in Europe and worldwide. Lampoon Magazine works as a Media Partner, supporting EIHA.