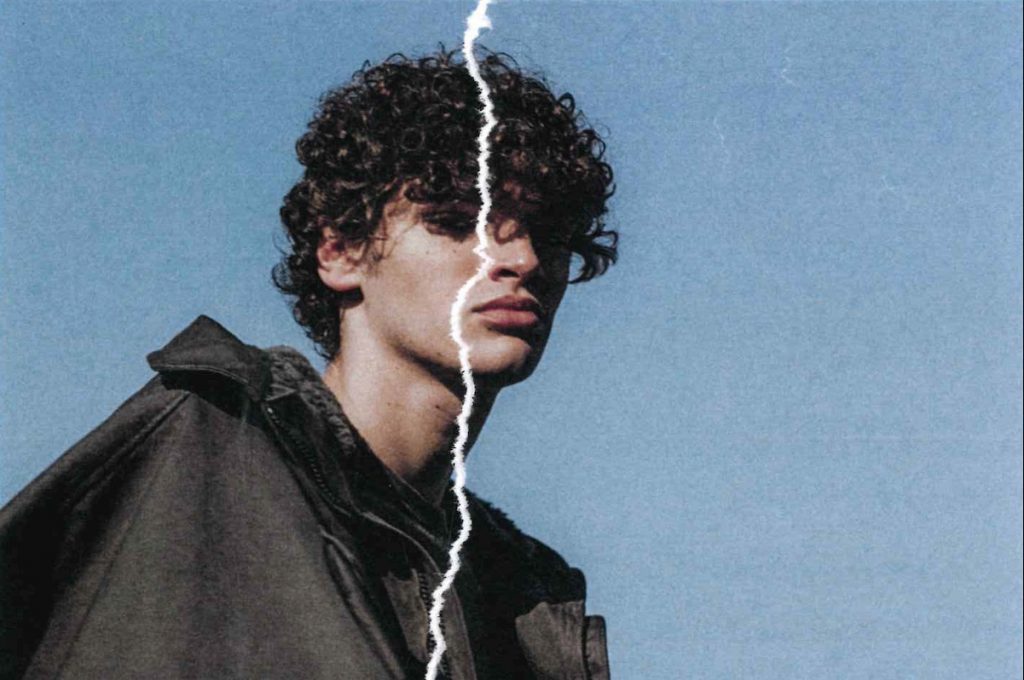 From Tela Stella to Kevlar, the history of the Stone Island brand

What have in common an Italian paninaro from the Eighties, an English rocker from the Nineties, and an American rapper from the Noughties? Stone Island, a brand with a die-hard following

Not technical wear nor streetwear, the Stone Island look is born from experimentation and study of its clothes’ fabric, since the establishment in the Eighties, spreading its influence to pop culture, from Italy to England and, ultimately, America. Its journey began with Italian paninari, a consumerist subculture that rose around fast foods. These youths were trying to create a new dress code, far from the classic elegance concept adopted by their fathers. The silhouettes of Stone Island’s creations tapped into this need, becoming part of their wardrobe and appearing on national TVs, magazines, and comics such as Paninaro, Preppi, and Wild Boys, which granted a steady supply of slangs and gestures.

While in Italy, Stone Island was the flag of wealthy middle-class teens, in England, the brand became a must-have among football fans. English football teams were running rampant in the European circuits, and their supporters traveled far and wide to witness their victories. To elude the police’s controls, they began to hide their team’s colors under jackets, and thus they turned to Stone Island. The brand, soon featured on English influent magazine The Face in 1983, found fertile ground in the lands beyond the English Channel. Its minimalistic and functional look resonated with the English landscape’s washed-out colors, and its state-of-the-art thermic proprieties were the right choice to confront the harsh climate.
The firm passed from hooligans to middle-class workers, extending its influence to the rock scene: groups like The Farm and Happy Mondays adopted the brand. The jackets became a must of Liam Gallagher’s wardrobe, the leader of The Oasis. While capturing the British indie rock, Stone Island’s coats were also popular in England’s urban music scene, becoming a flagship for the grime movement. This subgenre of American hip hop, mashing rap with contaminations from the jungle bass and dance scene, rose to relevance in early 2000 with artists like Dizzee Rascal and carried its aesthetic of hoodies, sweatsuit, and trainers to the modern-day with names like Skepta and Stormzy. Born into the lower estate houses, it caught the eye of a future pop star who was a big fan of the grime scene. Canadian singer and rapper Drake began to dress the brand, granting it new visibility in American pop and rap culture and even generating a dispute on who introduced it in the hip hop world. Stone Island’s apparel was part of the wardrobe of members of the scene like Kendrick Lamar and Jay-Z, earning a top spot in Vince Staple’s video Big Fish from the Big Fish Theory album. The Island fever in the rap game culminated with the same man who started it: Drake, with the help of his jeweler Ben Baller, created a chain with the logo, transforming the brand’s compass in one of his blings.

The notoriety of the brand has been achieved with coherence and rigor. Instead of aiming to sell the product to new markets and audiences, Stone Island’s approach was head-on in pursuing its idea of design. Experimentation was the primary goal of its founder, Massimo Osti: treasuring its experience as a publisher, he entered the fashion business by impressing T-shirts with serigraphy and four-color printing, methods used only on paper so far. The experiment’s success convinced Osti to establish his own company, named Chester Perry as a nod to the popular comic Bristow and later known as C.P. Company. The new enterprise began to produce onward-looking clothes with onward-looking ideas, like dying pieces composed of different materials in the same batch of color. In 1982 Osti created a new fabric, Tela Stella, unfit to be used in C.P. Company’s line due to his technical look, and generated a new brand around it. The firm took the name Stone Island as an homage to Joseph Conrad, whose novels resonated with Osti’s passion for boats and sea, defining the birth of a new sensibility oriented to science instead of fashion. Where most brands were challenging each other to find a new definition of coolness, Stone Island began its race alone, centering its development around the idea that male clothing must be functional. The collection that started the brand, made of only seven pieces, was a smash hit: quickly sold out, it’s the cornerstones of Stone Island’s history.

Pivotal to express the brand’s potential was Carlo Rivetti’s arrival, who soon became Stone Island’s face. Rivetti came from a family rooted in the clothing trade. His ancestors were wool workers since the Ninetieth century, and his father Silvio imported the American sizing system in Italy, creating an alternative to sartorial dresses and laying the base for mass-produced apparel in the country. Rivetti was previously working for the family’s firm GFT. After an entire life of suits and ties, he saw in Stone Island a space dedicated to experimentation outside all past fashion’s vocabulary. Instead of trying to correct century-old ideas, Stone Island started from scratch, aiming to build its dictionary with its exclusive tools. This vision fascinated Rivetti, who convinced his family to invest in the newborn label and, nine years later, abandoned GFT to found Streetwear Company, centered around Stone Island.

From Massimo Osti to Paul Harvey

In the early Nineties, Osti left, and Rivetti began to search for a successor. While visiting a fair in Frankfurt, he discovered a small brand, named Sabotage, designed by Paul Harvey. A fashion outsider, owner of a degree in textile design but employed as a trucker, Harvey was eager to experiment with oddball ideas, seeming an obvious choice to fill Osti’s empty seat. Under his wing, Stone Island fought to realize onward looking projects like dying Kevlar, a military used fiber deemed impossible to color, or Pure Metal Shell, a coat made of nylon covered with 100% stainless steel mesh. The will to affirm itself as a forward-looking business has led Stone Island to develop exclusive fabrics in its laboratories like Nylon Metal and Tank Shield, creating the shape of future clothing far from fashion’s runaways. Within a masculine brand, Harvey accomplished to design a collection dedicated to women. The Serie 100 pieces attempt to realize functional apparel that can also be elegant, adapting the brand’s esthetic to a new subject and bringing it to uncharted territories. In 2008 Harvey decided to leave the company, and Rivetti renounced the idea of a single head designer: since then, Stone Island is led by a multicultural team apt to face the challenges of a multifaceted world.

This kind of approach drove to the conception of Shadow Island, an experimental line born in 2008, to tread innovative grounds with products not centered on profit but experimentation. Errolson Hugh, the project’s head, was the co-founder of ACRONYM brand and previously worked with Sabotage, Paul Harvey’s label. Following the former’s footsteps, Hugh began his collaboration with Stone Island, designing a line that gave a new spin to the interplay between form and function that molded the brand’s core. The concept beneath Shadow Island is to work on ideas that can’t be elaborated elsewhere due to the extreme attention to detail required in their execution. Like the Stealth Parka, whose last iteration features the Scarabeo tissue, made from coating polyester with a layer of minuscule glass beads. All the line’s pieces are produced accordingly to the Parseq Grid, a modular performance system that defines the qualities (Proof, Augment, Resist, Skin, Equip) that every garment must possess, grounded in a conception of clothing as its owner’s interface with the environment.

The washed-out appearance of Stone Island’s pieces is often marked as anti-fashion. The brand never bothered to dismiss such observations: never trying to steal the limelight, waiting for the market’s needs to align to its offer instead of chasing it. A decision that paid with an acknowledgment in the last years. The collaboration with Supreme – led by English designer James Jebbia -, Nike – with the rethinking of the classic Windrunner jacket -, together with Adidas, New Balance, and Porter, are tokens of respect from the streetwear industry, presenting the brand to other audiences and recognizing it as a presence that units the names of Ringo Starr, Steven Spielberg, Spike Lee, Frank Ocean, and Giorgio Petrosyan under the same compass.

The brand is stubborn in remaining a business situated in Italy: its manufacture is in Ravarino, Emilia Romagna. Carlo Rivetti is proud of the sense of community created by many years of hard work together, a bond that showed its strength in 2012, the 30th year of Stone Island’s activity. The brand was overseeing an exhibition at Pitti Uomo in Florence that seems to be the best way to show the world its status as a local and global firm. While finalizing the last preparations, an earthquake stroke the headquarters, destroying a part of the brand’s archive. Stone Islands’ employees refused to leave their work and slept in their cars to finish what they have started. Rivetti later returned their feat of loyalty by sending them all to the Pitti Uomo exhibition’s inauguration.