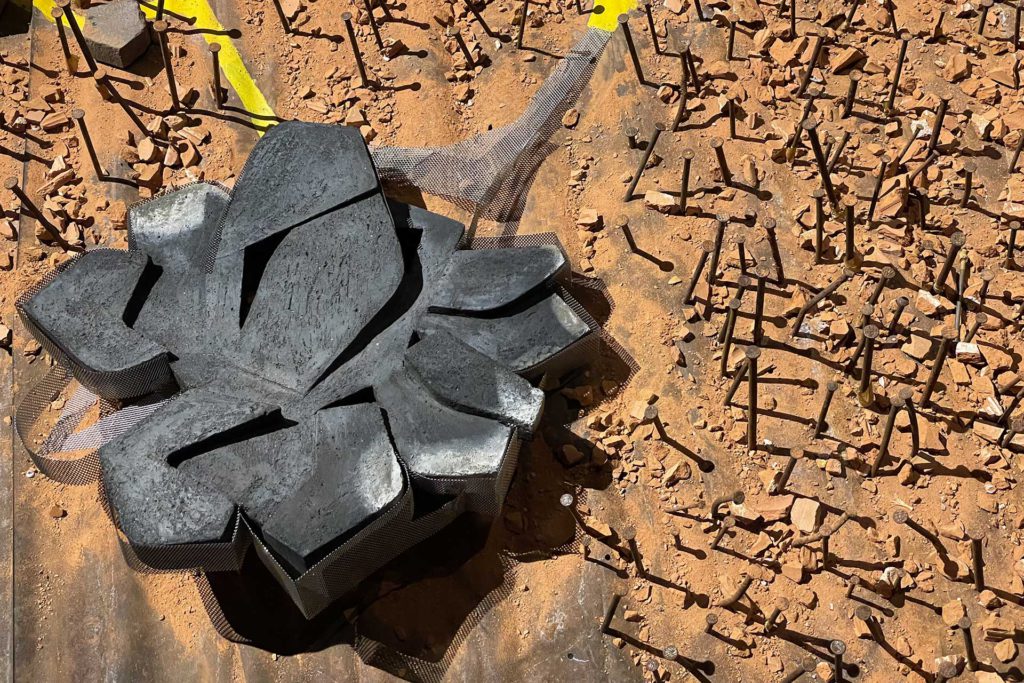 Weengushk Film Institute building in the Canadian Island of Manitoulin

Using iced water as insulation in cold northern climates as a solution: Architect Stefano Pujatti is building a cinema school in Canada with filmmaker Shirley Cheechoo

Architect Stefano Pujatti of Elastico Farm in collaboration with KFA Architects and planners are working on a project to build a new school for the Canadian Weengushk Film Institute (WFI). The school will be based in the island Manitoulin on Lake Huron. Manitoulin is the biggest freshwater island in the world, hosting a peculiar environment both socially and environmentally. The WFI was commissioned by director and activist Shirley Cheechoo, and it is now undergoing the design phase. While no cost previsions have yet been made, what we know is that the school will run on a non-for-profit model, with a strong social drive. Both the relationship with nature and the local indigenous community, often intertwined, have been key to the development of the project from the start. The project was named Turtle Island, after the animal inspiration was taken for the design. Pujatti and Cheechoo met by chance in Canada years ago. Driven by the same values and visions, they decided to embark on a project together to give the Weengushk Film Institute a proper building. The school, currently active on the island, has no sufficient infrastructure. It is a non-profit cinema and tv school and it was founded by Cheechoo in 2002.

It all started from the director’s childhood. Pujatti tells Lampoon: «As a child, Chechoo lived in a residential school» in the area. Residential schools «were founded in the seventeenth century, in order to eradicate their culture from indigenous people». These places, as recently demonstrated by the widely reported incident of Kamploos, were the site where the remains of 215 children were found; often theaters of abuses and tortures. By opening the school Cheechoo’s aim was to «help kids living in these areas» where the social stratum is complex, and youth is often at risk. «It will be both a cinema school and a hub for indigenous culture and local culture, since Manitoulin is a sacred island», it became sacred after Canadians made it a place to deport indigenous; many different indigenous communities inhabit it. Following a continuous dialogue with the indigenous people, they decided that the building’s shape, both outside and in the division of internal spaces, will be inspired by the shape of a turtle. The choice was motivated by the mythological and traditional value and meaning of the animal. The building will be placed on pillars, and the six hundred square meters conference room, will metaphorically represent the heart. The turtle is also a metaphor for nomadic life, or rather for having home as something you carry with and inside you rather than it being identified with some specific place. In most mythologies around the world, including the indigenous one, it is the turtle who saves the earth by bringing it on its shoulders; its imagery is often linked to the relationship between water and land, and to the idea of an island, fitting the site perfectly. The Institute will be placed on the western shore of Manitoulin, on an existing road. The design idea is based on the principle of limiting the impact on the environment and landscape, providing views of the panorama to connect, but also maintaining it at a safe distance from the shoreline not to threaten its wildlife.

Water has a key role in the building: «we work with water as a rich and precious element, also using it as a tool for saving energy and improving sustainability». It is not just about optimizing  water usage. Pujatti uses water as a material, experimenting with its physics. The Canadian climate is complex, especially in Manitolun island, since it is very cold in the winter and extremely hot in the summer. This raises the problem of how to mitigate spaces, both in the cold and the hot season. «Canada» explains Pujatti, «is a rich region of the world, where resources are inexpensive». Sustainable solutions tend to be overlooked, and most houses are heated and cooled with traditional systems at the expenses of the environment. Pujatti aims at doing things differently for the Weengushk Film Institute. The plan is to install a metal grid around the building: during the summer, the net will provide the necessary shade to mitigate the interior of the building, especially on the South-western and North-western side, which will be exposed for most of the day. Even just protecting that side would make the overall temperature lower, and minimize energy consumption. Walls will be built on less sun exposure sides. During the winter, water will be poured on the metal grid and, when freezing, it will create an insulating jacket: «this allows you to have to heat up from zero rather than from minus forty degrees», requiring less energy. Materials will be all local too: wood, metal, and local stone. Colors used both inside and out of the building will be inspired by traditional ribbons typical of the indigenous skirts and attires, in order to form a connection with the local tradition, but also to remind of the newly acquired sociopolitical meaning of the ribbons themselves.

Another project by Elastico Farm, the Maison Glacé is an example of how water, or rather ice, can help warm a building up. The building is a four-hundred-and-sixty square meters house in Toronto, Ontario. The house is designed to be protected by a crust of ice serving as insulation. An ice wall will form naturally during the winter protecting the house from excessive cold by keeping its inner temperature at a minimum of zero degrees centigrade. Elastico Farm is confident that «as the first Ice House in the world, this project will show how an innovation in environmental sustainability can potentially change the way houses can be constructed in northern climates».

The Weengushk Film Institute project at the Venice Biennale

The project is presented in world premiere at the 17th Venice Architecture Biennale, with an installation representing the concepts behind the building. The oeuvre is a metallic net structure, recalling the one that is planned to encapsulate the building. A totemic sculpture is in the middle, representing the entire indigenous population.  A red dress hung on the sculpture symbolizes all First Nation women that are abducted and killed every year in North America. A video shows Chechoo taking the audience through the roots of the Turtle Island project.

Has offices in Turin, Pordenone and Toronto. It was founded by Stefano Pujatti, Sara dal Gallo and Alberto del Maschio in 2005. Its drive is material experimentalism.