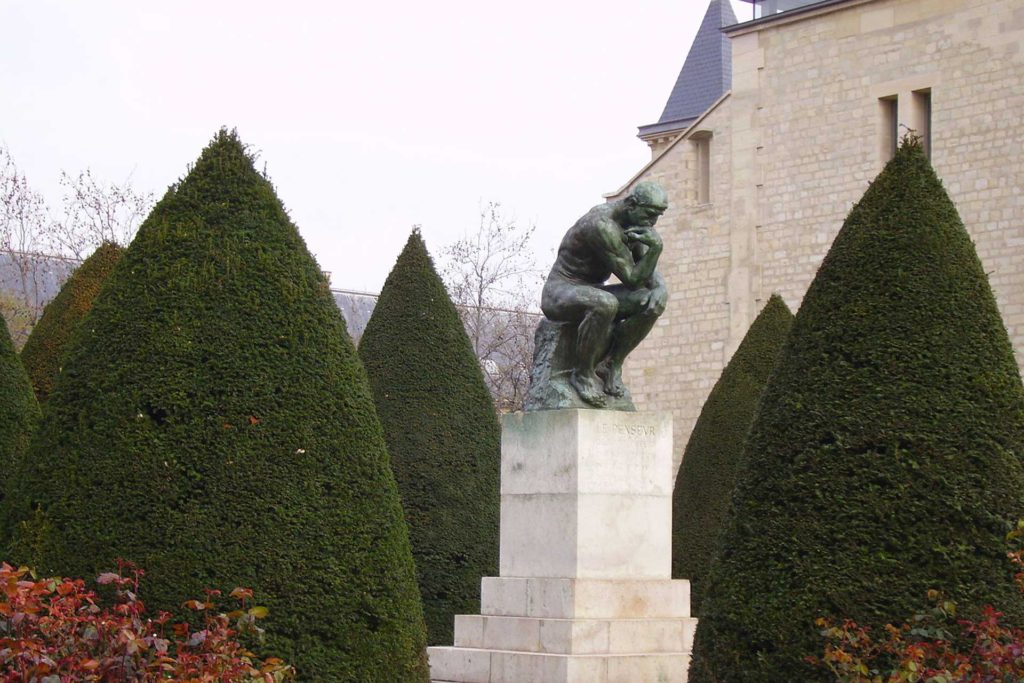 The world through the eye of the needle: Dior’s narration on threads and texture

Dior returns to the runway with a show staged at Musée Rodin. A play on materiality which transformed the house’s embroidery into a performance

Dior couture at Musée Rodin and the collaboration with Eva Jospin

Dior presented its Haute Couture for the Fall/Winter 2021 2022 at the Musée Rodin in Paris. Opened in 1919, the museum contains Auguste Rodin’s sculptures, the works of an artist who chose to defy the norms of his time. Since her arrival at Dior, Maria Grazia Chiuri has linked her work to art by collaborating with female artists, infusing inclusiveness in her design. This year’s show, in a dialogue at the crossroads of art and haute couture, the artist Eva Jospin was commissioned to create life-size, silk embroideries that covered all 350 square meters of the venue’s walls, a nod to the Indian inspired Salle aux Broderies in the Colonna Palace in Rome. The embroidery was done by hand in India by the Chanakya atelier and the atelier of the Chanakya School of Craft. It is a non-profit organization that aims to empower women among local communities, while preserving crafts, such as embroidery, that are otherwise reserved only for men in the country.

The work Chambre de Soie – the backdrop for the show – was a reflection of the collection itself. Tactile, textured clothing that demanded proximity and presence, with Chiuri diving into an experience that spoke to the power of the thread. The designer sees the outfits people wear and the material that go into them as a form of storytelling, handed down from generation to generation. She was inspired by Clare Hunter’s book Threads of Life: A History of the World through the Eye of the Needle: «I wanted to create a collection less narrative and more conceptual, able to be a reflection and an investigation of something» Chiuri said in a statement, «I therefore focused on the materiality of textiles, that becomes a form in its own right, and on the subversive language of embroidery». Threads have been elected by Chiuri as a symbol of rebirth. She brought critical awareness to the value of craft, which the designer holds as transmitters of memory and gesture of protection and protest. The house embroidery has been redefined: it is not just a decorative ornament, but an element connected to the senses of sight and touch. The reappropriation of physicality used a play on texture to build a new life: manual skills are brought to the foreground, therefore the individual and the transition to the modern world.

Dior and the modern Renaissance

Renaissance means rebirth in France. It was a period of a philosophy which stressed the dignity of mankind, individualism and secular values. A celebration of human kind. The events of the period led to advances that changed the way people understood and interpreted the world around them. This humanistic culture lies behind the collection, bringing a narration based on moral, cultural and political considerations, as the industry is imbued of researches and processing. As Humanism saw individuals as social creatures who could create meaningful lives only in association with other social beings, Maria Grazia Chiuri connected the past with the present with a redefinition of the Dior’s classics. «In embroidery, women work together around the table to stitch together and speak together. It’s community work». Focusing on the transformational potential of textiles, the show is a return to the essence of sewing, a return to being present, which implies shifting attention to tactile materiality. Starting from a needle, the union of knowledge set up a collection imbued with the humanistic idea of progress, which gave couture the power to reveal the existence of what we did not know, rendering visible what one does not see. Displaying a world in the midst of a transformation, the collection saw the materiality of fabric becoming form, while the language of embroidery is expressed in a project that became a performance. In the perseverance Dior’s design is perfected with, the search for compatibility with times and the contemporary women is pursued. Couture is seen as a laboratory to build strategies of exchange and cultural enrichment, leading the designer to a collection which transformed the general idea of daywear: «Haute Couture cannot be anachronistic» explains Chiuri, claiming that Couture can’t hide in the monumentality of evening wear, it has to feed on everyday life.

Through textile research, a series of pieces, featuring checks, textures and different dimension in black and white, the collection showcases modern warps and constructions. The inspiration was a 1963 Dior couture collection by Marc Bohan, with tweed jackets and skirts along with coordinated scarves and helmet hats. Chiuri went for pairing tweed separates with matching hats designed by Stephen Jones, tweed boots and tweed effect knits for a textural effect. The designer said many of the fabrics in the collection were woven by hand by young women, who are picking up the textile tradition their mothers were keen to shed. «There is a new consciousness among the modern generation that want to learn. They renovate this tradition with their own language because it says something about our identities », said the designer. Modernized versions of the Maison’s Bar jacket in charcoal grey, checks and camel opened the show. They were paired with pleated wraparound skirt and tailored trousers. Macramé bodices on light gowns and braiding of silk into delicate ropes that around the shoulders and waists. In contrast to the complexity found in the fabrics, the silhouettes in the collection are clean. Coats and jackets are softly structured, while dresses are paired with mesh ballet flats. Outerwear was a major theme, with cape-like trench coats bringing volume and color to the lineup, cashmere coats with patchwork embroidery, together with long silk plissé dresses in soft shades of mustards, plaster, or Dior gray.

The night as a celebration of craftsmanship. «Couture is around the world, where there is knowledge to realize beautiful craft» said Maria Grazia Chiuri. Eveningwear focused on Chiuri’s signature pleated gowns in chiffon and braided into basket-weave bustier. Monochrome gazar gowns with shoulder straps concealed geometric patterns in their knife pleated folds. An exception – the final look – a bride under a foliage-embroidered green veil, a walk through a forest in invisible tulle, embroidered with thousands of trimmed and tinted feathers by Maison Lemarié to look like plants and flowers. It goes back to that idea of transmission and progress, a reminder to the relevance of human connections. Dior used craftsmanship and material to keep that Renaissance idea of progress of knowledge to mark a transition to the modern world, while remaining closed to the roots of Dior’s values and traditions.

Dior’s Haute Couture show staged at Musée Rodin. Texture and materiality are brought to the foreground in a collection whose subversive language merges the House’s values and modern tactile sensations. Maria Grazia Chiuri collaborated with artist Eva Jospin for the backdrop of the show which opened up new avenues of expression to her.