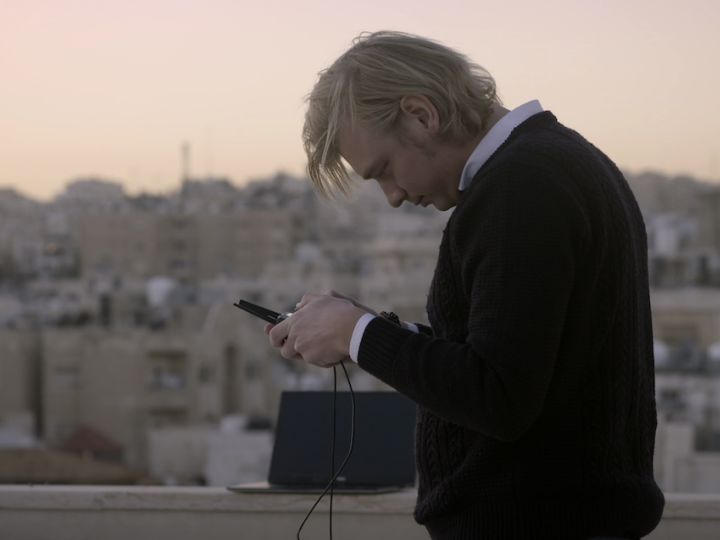 Hans Pool presents his docufilm Bellingcat. The debate sheds light on how professional journalism can counteract the invasion of fake news online

Long ago, Herodotus set out to tell the story of the Greco-Persian wars by going around asking questions, investigator-style. In ancient Greece, actors worked with the best-known headlines, surrounded by the steps of the theatre. Perhaps that was the birth of reportage: a branch of the art of storytelling that attempts to grasp History with a capital H. The International Documentary Festival Milan Visioni dal mondo in September 2019 at two Milan locations, the Litta Theatre and the National Museum of Science and Technology, presents the documentary as the best tool for the conjecture of truth as story — still in search of that capital letter.

The participating directors are a cross between detectives and storytellers. The festival, in its fifth edition, centers around the word storytelling and aims to present a cinema of reality — almost an oxymoron, one might say, and yet an art that is representative of the new world. The themes are investigative journalism, fake news, alternative models, non-violent rebellions, stories of hope, the global/local clash.

In the documentary Bellingcat, director Hans Pool tells the story of a collective of five seemingly normal people, who since 2014 have been transforming the rules of investigative journalism (a little like what happened with the Washington Post at the time of the Watergate scandal), using open source intelligence from the comfort of their own homes, identifying the two Russian agents accused of having poisoned Sergei Skripal. The (directorial) challenge lay in having to narrate a sequence of events that take place mainly inside the homes of the five characters, on the screen of a computer.

“One day I read an article in a Dutch newspaper about the downing of flight MH17”, Hans Pool tells me. “They interviewed a Dutch member of Bellingcat, an ordinary citizen who had worked out the launch site of the Buk missile in Ukraine. From his own home, using only the internet and open source information, he was able to provide evidence that in my opinion was credible and compelling. I contacted him and he put me in touch with Eliot Higgins”. The problem for Hans Pool was how to tell the Bellingcat story visually. “I started from the idea itself”, he says.

“Five people just like you or me, that solve crimes involving the superpowers. Ordinary people in the face of history, as in David Lynch’s film Blue Velvet, an innocent guy who finds an ear in the grass in a field. As soon as I got funding and had met the guys in person, I knew I had a problem. These are men that spend their days and nights in front of the computer. Everything happens in the virtual world. There isn’t much action. I decided that I would have to film as much as possible in the present, following the various members during the investigations, the trips, and the public appearances, and in the way in which they are constantly in communication via Slack, the software that they use to send instant messages and to figure out crimes. The public is invited to follow the investigative process, rather than see only the results. It is as if I had filmed Bellingcat from the inside. At the same time, some investigations had already been carried out, such as those relating to the MH17. Putting it all together took months of hard work — sometimes I found myself condensing a huge amount of work into two and a half minutes of film, like when Aric says he has found the route that the Buk missile took from Russia to the Ukrainian border”.

To what extent can cinema tell the truth without distorting it? “In my documentaries I try to tell a truthful story, but at the same time I want the plot to be substantial — I had to cheat a little to say how things really happened. Being pioneers of geolocation, some members, especially those with families, couldn’t risk being filmed in their own homes, even though that’s exactly where the virtual investigation takes place. We filmed them elsewhere, in settings that ‘felt’ domestic. The film shows my view of the group, my truth. So far, everything that Bellingcat found out in the documentary is still valid today.

Is the internet still a distant world? “It isn’t a passion of mine. I use it to do research for documentaries, to check the news, for banking and financial services. I’m not a habitual user. Sometimes days will go by without me checking my email. I find it hard to concentrate on my daily work, and internet and the phone are the two most intrusive inventions in my life of the last twenty-five years. After making the film about Bellingcat, I was shocked to find out how much of a trail I had left over all this time. I even left Facebook. It leaves me much more time to watch a documentary or a film”.

Pool made use of the help of an English editor, Simon Barker, who had experience in Netflix TV series and documentaries for the BBC. “The way we edit documentaries is very different in the Netherlands, we try to look at the topic in a personal, poetic way. I didn’t want to do that any more, I wanted this film to be an analytical story. It took Simon at least six months to edit the film — but he admitted that most documentaries take even longer”.

Weren’t you ever afraid? “When I was making my other film, Putin’s Olympic Dream, in Russia, in Sochi, it was different. The film was about corruption at the highest levels. It was a different story, the characters were threatened and I felt vulnerable too. The Bellingcat film was made in Europe and the States, and the Bellingcat members avoid visiting Russia, because they are afraid that something might happen to them”.

He jokes: “My wife is Russian and I get worried sometimes”. Hans Pool introduces his next project: “It’s about a murder case dating back thirty-five years. A Dutch guy convicted of having ordered the killing of his wife and stepdaughter, but who has always protested his innocence. That day he went hunting with his son. He had the perfect alibi, but according to the judge the circumstantial evidence was damning. He is now 73 and is still behind bars in an American prison. Maybe this film is also a story about how to find the truth in a seemingly complicated case”.

After the Second World War, cameras and the various means of filming became more manageable, and the documentary became what it is today: the means for reportage. One of the most famous objects in the Science Museum is the GR 552 036 locomotive, which transported passenger carriages from Milan to Brindisi at the end of the nineteenth century. One of those old steam trains is the setting for Irish Braschi’s film L’uomo che visse tre volte, in which actor Neri Marcorè, dressed in twenties clothes, leads a dream-like tale playing Mario Pirani and his life: from the difficulties his family experienced due to the racial laws during Fascism and his role in the communist party, to his role as a manager with energy company Eni under Enrico Mattei, and his founding, together with Eugenio Mattei and others, of the newspaper La Repubblica.

Three lives in one, traveling through the history of Italy. L’uomo che visse tre volte by Irish Braschi is scheduled at the Visioni del Mondo festival – challenged by the first Personal Computer in history on show at the Science Museum – the Olivetti Programma 101.

The Visioni dal mondo/Immagini dalla realtà festival, in Milan from 12 to 15 September. Litta Theatre / National Science and Technology Museum. Tales of the contemporary world, divided into various sections, with competing and non-competing films, masterclasses and discussion panels, with guests such as Neri Marcorè, Adam Bolt, and Wilma Labate. Includes Io & Lei by Massimo Ferrari, a series of 30-minute shorts in which modern actresses follow in the footsteps of artists from the past, from Alda Merini to Franca Rame, relating their light and shadows.