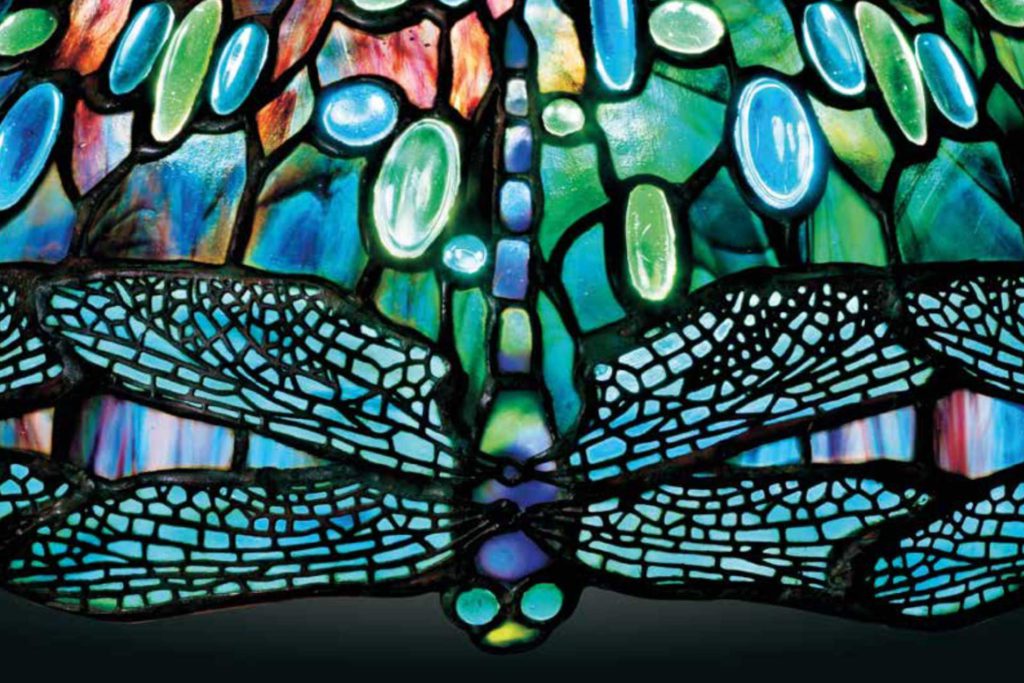 Pierre Bergé – the man is an icon, portrayed in a visionary dialogue with musician Teodor Currentzis

Bergé was a businessman, great collector, patron and cultural agitprop interested in Le Monde and Tetu, a gay rights activist and a leading name in the battle against AIDS

Our Dionysus represents terror and the inebriated, creative surge, becoming the archetype of indestructible life and of ecstasy ‒ a concept that takes up the research of Karl Kerény. More impetuous and panta rei than ever, with Dionysus everything flows away, is transformed and fragments within a cosmic, fecund, pulsating and dizzying flow. This Dionysus manifests himself through two figures of our time and their unique life stories, both devoted entirely to a wide-reaching and all-encompassing creative project, albeit in different ways: Pierre Bergé, the alter ego of expressive adventure in the fashion of Yves Saint Laurent, a personality with a thousand complex cultural, political and militant virtues; and the 45-year-old Russian-naturalized Greek conductor Teodor Currentzis – also a composer and actor in the film Dau directed by Ilya Khrzanovsky, based on the life of the physicist Lev Landau.

‘Dionysos: Mythos Und Kultus’, published in 1933 and written by Walter F. Otto, stated that: «He who generates something vital must sink into the primordial abysses, where the life forces dwell. When he re-emerges, there is a flash of madness in his eyes, because death exists side by side with life down there».  These words outline a visionary approach associated with both the emblematic protagonists of this joint story. A dimension in which the vital forces are intensified to the highest degree and consciousness and subconsciousness flow into one another as if through a breach, penetrating each other within a gap that bridges the state of reality.

Teodor Currentzis, born in Athens on 24 February 1972, began studying piano and violin as a young child, going on to train between 1994 and 1999 at the St Petersburg State Conservatory, under the guidance of Ilya Musin. One can only truly grasp his interpretive power, his subversive alchemical capacity for incredible musical experimentation, if one has seen him on the conductor’s podium. The standing orchestra, the sound bow of archaisms and writings ‒ grouped together and yet volatile ‒ of the original instruments, a hypnotic charisma that sometimes plays upon a consciously theatrical and dramatic approach. A sophisticated lover of Byzantine and iconographic memories, he lives almost as a willing exile in Perm’, the birth place of Sergej Pavlovič Djagilev in the central Urals, where he has run the opera organization since 2011. Here in Perm’, Currentzis has set up house in a dacha well outside the city, occupying an isolated spot in the heart of the forest, surrounded by a thick blanket of snow in winter. He formerly headed the Opera and Ballet Theatre of Novosibirsk, where, in 2004 he founded his own Music Aeterna orchestra, the most authentic medium and workshop for his musical mission, followed by the choir of the same name. From next season, in 2018‒19, he will also be the first to conduct the new SWR Symphonie orchester in Germany. He stands out for his indie spirit, renowned as a womanizer, his disdainful distance from all compromise and flattery, and his solitary, provocative nature, demanding to the point of Manichean exaggeration. I saw him taking care of the ideal level of light and shade in the room, during rehearsals for one of his performances of the Symphony no. 1 in D Major by Gustav Mahler at the Goldoni theatre in Venice, last May, achieving an effect that touched upon the mystical and liturgical, befitting a true demigod. He has been described as ‘the punk orchestra conductor’, ‘Teodor the Greek’, as gangly, thin and bendy as a bracket. The pale face of a maudit, which dominated on a massive scale the opening of the most recent Salzburg Festival, where he conducted Mozart’s La Clemenza di Tito produced by Peter Sellars and at the Felsenreitschule, with a disconcerting and abstract reinterpretation of Mozart’s Requiem K626, then repeated on 30 August in the Wagnerian setting of Villa Rufolo in Ravello. A memorable evening that began as night fell with a distant surge of a Capella voices, while from the gloom of the sea, still streaked with fiery red, emerged the surreal medie- val notes of O vis Aeternitatis by Hildegard von Bingen. Currentzis is someone who has often repeated that he does not believe in the nauseatingly reassuring choco Mozart, invented to please tourists and a distracted easy-listening audience. He works with the eternal avant-gardist Robert Wilson and the sulphuric Romeo Castellucci, with whom he currently has three projects in the pipeline. An out- sider who talks of ‘duende’, Lorca’s duende, and certainly does not deny his love of rock.

A Present Day Dionysus, Teodor Currentzis often uses the word ecstasy, which is a Dionysian access key par excellence, but also some- thing that could seem outdated, lacking in meaning in this day and age. «It’s a huge problem. For young people, ecstasy often simply means the drug,” he tells us in St Petersburg, after a performance on a freezing November 2019. «I fear that within a century numerous words from our spiritual dictionary will have disappeared. Perhaps art will save us, but only the pure, hard variety, which has not been reduced to commercial matter. When put up for sale, every art form becomes inexpressive. It takes passion, tears and blood. One can’t reduce everything to a mere stylistic exercise, with a nod to superficial access. It’s important to stay out of the mainstream, to recuperate the transcendental and spiritual aspects of art and total involvement. If this is not the case, hours and hours of work become nothing more than pointless torture and listening is purely an empty formality.”

‘Dionysus gegen den Gekreuzichten,’ cried the enraged Nietzsche on the streets of Turin in 1889, embracing a cart horse and yearning for the unachievable and cathartic smile of Zarathustra through his tears. Effectively, even in the current era homogenised by globalisation and the language of consumerism, the verbum of Currentzis is gaining followers. His recordings of the Mozart-Da Ponte Trilogy, Così fan tutte, The marriage of Figaro and Don Giovanni, produced with an obsessive perfectionism, triggered a general paean of appreciation.

Meanwhile, Pierre Bergé, who passed away on 8 September 2016 at the age of 86, was Dionysian in the sense of an enthralling and imaginative builder of worlds, a military leader in the guise of an experiential linchpin. He was a businessman, great collector, patron and cultural agitprop interested in Le Monde and Tetu, a gay rights activist and a leading name in the battle against AIDS. His story was a blend of light and darkness, love and control, folly and clear-sighted design foresight. The haruspices of Ancient Rome would have said that where there is life, death is never far away, in reference to this wonderful tale with its aspects of dark unavoidability, sparkling with success and aesthetic energy and paroxysmal in the most Dionysian sense of the word. The co-founder of Yves Saint Laurent in 1961, Pierre Bergé met the very young Yves in 1954. They were partners in life and business for half a century, completing one another, bound together by a magnificent, tyrannical relationship, as chiaroscuro as a novel, with infinite unsettling plot twists. An amour fou that became exemplary, a blend of controversial, neurotic and highly passionate turnarounds. Bergé took on the running of the business and the management, also acting as a filter to the outside world and handling communication, leaving his partner free of these concerns. He had a mercurial and fragile temperament, tormented by crises and depressions, fully immersed in a creative venture that would go on to become legendary. I remember him elderly and sick, during his final months in a wheelchair, one Sunday evening at the Mediterranée in Place de l’Odéon in Paris. A kind of ritual appointment, always surrounded by the same people, including François and Betty Catroux and Madison Cox, almost confused with the elegant 1940s murals by Christian Bérard and Vertès that dance their way around the walls of the restaurant. He resembled a retired, yet stubbornly proud and powerful warrior. His face carved in stone, an impenetrable expression and flashing eyes, with sudden unexpected outbursts of impatience.

He Had Been Extremely powerful, especially under President Mitter- rand, when he occupied an important public role. In 1976, wounded and yet having survived a thousand livid and exhausting battles with his mauvais garçon, he left the “Maison de la Vie” forever after building it up over two decades of incessant research and accumulation together with Yves Saint Laurent. In February 2009, following the death of the couturier from Orano in 2008, Bergé decided to dispose of the colossal collection of historical artistic and designer pieces and memories housed in their homes on Rue Babylone and Rue Bonaparte at a momentous auction at Christie’s. Their Collection was an exaggerated world of wonders, a fabulous and unprecedented Cabinet of Curiosities, bringing together different centuries, geographic provenances and styles, reinterpretations, painted masterpieces and discoveries, bronzes, enamels, Chinese dynastic rarities, Baroque ivories and metamorphic metal pieces by Lalanne in an admirable osmosis, only keeping for himself a portrait of Yves signed by Andy Warhol and the wooden African Sanufo sculpture of a large stylized bird, one of the very first, profoundly symbolic objects pur- chased together. This all-inclusive collection formed an organism that took shape out of the emulation of the expert taste of Marie-Laure de Noailles, one of the first affectionate muses and supporters of YSL, the legendary vicomtesse du bizarre portrayed by Balthus and Man Ray, a protector and patron of the Surrealists, Buñuel and Jean-Michel Frank. A coup de théâtre in the pure Dionysian style, an auction held beneath the glazed ceiling of the Grand Palais, in order to definitively settle the accounts with destiny. A Dionysian ecstasy of final dissoution. Liebestodt, a dizzying up- surge of sudden freedom in which the subjective element finally disappears in the total oblivion of self.